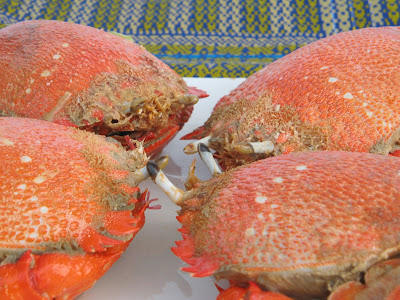 That was a fair enough popular song when I was a child. I even played a simplified version on the piano, with its staccato rhythm that imitated a square dance. The singer was pleading for a loved one not to go to Zamboanga because it's too far, and he might all be lost to him.

Back to the present, Zamboanga is, literally and figuratively speaking, still far away from Metro Manila - about Php10,000 one-way plane ride, two days by ship, or about five days by land traversing the Pacific coast. It's not no-man's country anymore, as are many parts of Mindanao, but you can never know.

It's the last frontier - at least in the Philippines - for me. Its exotic culture, so different from my seemingly boring one, holds attraction like how a clear jar of multi-colored candies is to a sugar-deprived child. I have been around the country, and to me Zamboanga represents what's colorful, exciting, something that would keep me wide-eyed for a very long time.

I would have been to Tawi Tawi - the real last frontier - last year on a work assignment, had the boss not changed his mind and sent a guy instead. I don't see any possible future trip to that most unreachable, inaccessible, so impossible of all Philippine locations, but Zamboanga was a more realistic possibility. 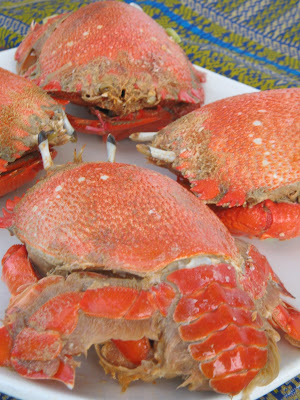 So when a loved one went there I did not sing that song. I helped load the luggage, with the hopes of loading my own when a good time comes - during Christmas vacation, perhaps.

But as luck would have it, a turn of events erased Zamboanga from my most possible vacation spots list (it had been on top). I did not get to spend the long Christmas vacation there. The opportunity has passed.

So nowadays I let myself be consoled by fresh seafood that come - as pasalubong, and subsequently upon requests - from far Zamboanga. 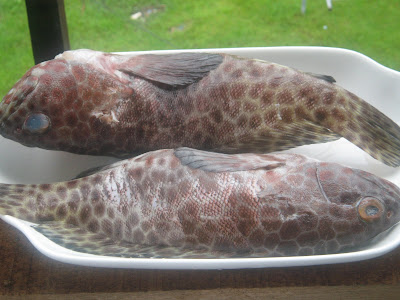 Lapu-lapu (grouper), eyes opalescent from their stay in the freezer. Named after a Filipino folk hero believed to have killed the Portuguese sailor Ferdinan Magallanes (Ferdinand Magellan) in the island of Mactan in Cebu, in the southeastern part of the Philippines, the species span a family consisting of reds, oranges, browns and spotted, and can grow to a good length of about a meter or so.

White-fleshed, it abounds in most Philippine waters, and is considered a delicacy. It is great fried and topped with sweet and sour sauce or escabeche, but I love it steamed then poured with a sauce of sesame oil, ginger and scallions.

With these I tried what is commonly served in the provinces during festive occasions - steamed whole, skin slathered with mayonnaise, then decorated with grated cheese, julienned carrots, crushed pineapples, sliced eggs, spring onion, pickles. It did not photograph well (I am a bad artist), and I found the mayonnaise coating too rich and heavily cloying.

I'd prefer the sesame-ginger steaming kind (referred to as Chinese style) anytime. 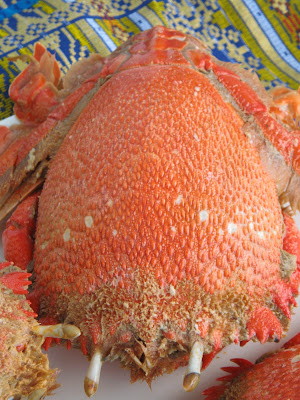 I've heard so much about this crab that is identified with Zamboanga - called curacha, "cockroach" in the local Chavacano language (pidgin Spanish). It's said to be a cross between a crab and a lobster, it's monstrously large and hairy. At Php400 a kilo, it costs more than the fresh crabs in Pangasinan and around Metro Manila (at about Php250-300).

I don't find it better or tastier than the crabs I'm used to, though. It's very meaty, the flesh dispersed among many compartments as in normal crabs, but with the crab fat oozing in each and every nook and cranny you could find (and there are many, I tell you).

The taste is a bit blander than red crabs. I don't know. The first time a box of this arrived I was out of town, and the househelp put all the contents in the freezer without even telling me. So when I came back home we took them out and promptly steamed them, to better appreciate their flavors. But the crabmeat was all in disintegration mode, though nothing untoward happened to any member of the family.

For the second shipment (both arrived in ice boxes, loaded with, naturally, ice) we steamed the curacha promptly, but still got the same result. Not flaky, succulent meat, but flesh in tatters. So I had to extract all the meat and saute them with garlic, onions, potatoes, mushrooms, peas, bell peppers and celery. Perhaps next time I'll ask my benefactor to cook the curacha first before shipping it. 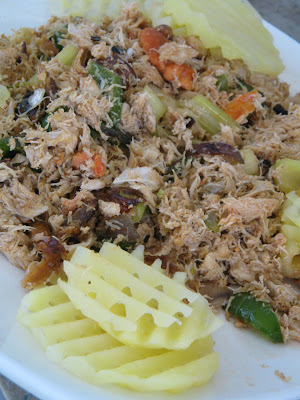