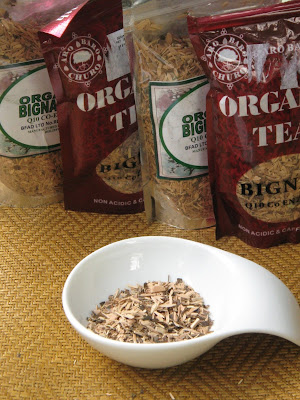 My husband suddenly had a blinding headache, and went straight to the emergency room. His blood tests showed elevated levels of LDL and uric acid, along with a few other minor abnormal indicators. He was given four-day prophylactic medicine for the cholesterol, and advised on which food to avoid to prevent his uric acid levels from escalating to new heights.

I won't take any blame for this - men, you can't force them to eat fish and vegetables all the time. And fish? He'd only eat some when it is fried. And of course he didn't eat at home most of the time, so I really had no control over his diet.

He was scheduled for repeat tests after a week. Two days before that he talked to somebody with the same problem who had a major breakthrough. He talked to a lot of people, actually, but not to me. Actually I was the one who wasn't talking to him. I was spittingly mad to have been proven right that I wanted him to come begging on his knees.

But this one person, this guy, he said he drank bignay tea in two days and all his tests came out all right. It was available in Greenhills, he said. The husband recounted to me the conversation, while I pretended to barely listen. I never go to Greenhills, let alone scout some folk remedy. Then he searched the internet and showed me a photo, which I grudgingly looked at, with dagger eyes.

And I remembered we had just the exact same thing in the house, given by a benefactor and almost forgotten, along with other teas that I thought I had no use for, but now glad that I didn't have a predilection for throwing things away. 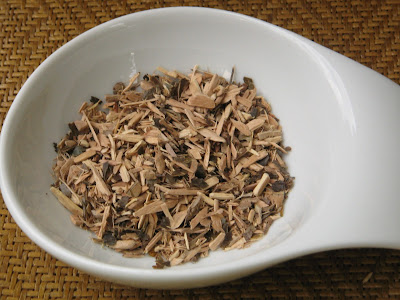 It looked like sawdust. The foil pack supposedly contained bark, twigs and leaves of the bignay tree, which I never knew existed until a few years ago when the kids and I went to the Manila Zoo and encountered a manang selling its fruits, but which people at the office told me was bird-feed.

The pack said the tea melts cholesterol and lowers blood sugar, creatinine, triglyceride, SGPT and SGOT. Cures UTI in 48 hours. And a host of all the illnesses and diseases the world has known since the advent of time, including hangover and erectile dysfunction. In short, a superpower that is actually the eternal fountain of life. 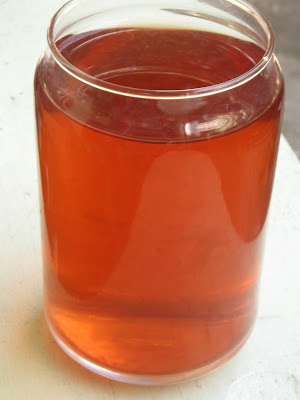 But time was running out, and the repeat blood test was a milestone one not only for my husband, but for our entire family, as well. So I brewed some - a tablespoon for every four glasses of water, boiled then simmered for 10-15 minutes.

It brewed to a nice amber color, but it was tasteless. The prescription is a liter of tea a day, which can be drunk hot or cold. The husband had it as water for two days.

And when the big day came, he passed all his tests with flying colors. His uric acid even came out negative, as in [-3], he gloatingly told me.

So now I've been recounting this to all the people at the office, who are all advanced in age. I've given packs of the tea as Christmas gifts, even to my househelp, who requested it for her mother. And to friends with whom I get frustrated when we eat out because they tell me they can't eat this and that because of uric acid.

I can't vouch for all the other illnesses this tea purportedly cures, but uric acid I can guarantee, for I have an almost first-hand experience. I can't say how long-term the effect is, though, but truth to tell I've bought packs for the family, too. The kids and I have been having it once a day, infused with our evening juice. I'm hoping it counters our liking for offals and longganiza. 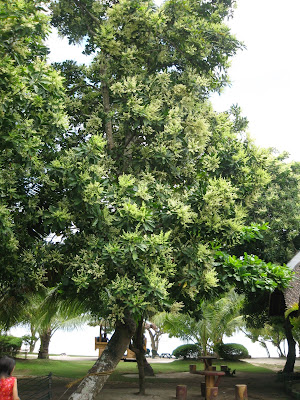 Subsequent to that trip to the Manila Zoo we had encountered bignay trees in Bohol, flourishing by  Bolod Beach in Panglao Island. 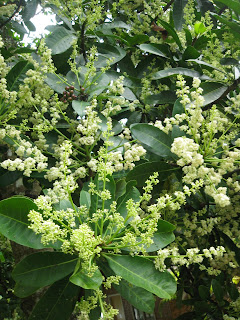 In September they were crowned with ivory cottony blooms that perfumed the sea breeze with sweetness I wanted to bottle up. We had nice siestas on hammocks strung beneath the tree canopies.  Maybe the flowers were potently curative, too. 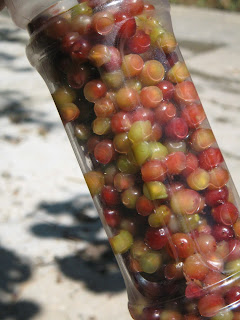 And in Banawe little boys were clambering up the trees for the birdfeed. They put the little multi-colored berries in a plastic bottle with a little salt, proceeding to tilt it up on their mouths when enough juice has leached out. Cafe By the Ruins in Baguio City sells jam made from the fruits, and I have seen bignay wine, also made from the berries, being sold by the public market.

Hi. This probably is one of the best blogs I've ever had the pleasure of reading. There sadly are many overhyped food bloggers whose writing leaves a lot to be desired. The internet police should impose a bad writing embargo lest we end up being a nation that glorifies mediocrity (if we aren't yet).

Sorry for the rant. All I meant to say is you're a really good writer. I am in awe.

Do you know if this product is available here in US? If not, do you of a market that has a website that sells this product? Please kindly let me know. I have the same issue as your hubby. Thanks, Uncle J.

Nay not Yay, yay! I am in awe of your admiration!

Kai, my husband also went through some problems with high uric acid and though it doesn't seem to be a problem now (luckily he has listened to me and we are both changing our diets) it doesn't mean it might not be in the future. Also interested if it's available in the US :)

this is a good blog i have been drinking bignay tea since august having the same problem with uric, by just researching from the internet and testimonials i would say bignay really helps me more than i expect

hi po, i just started to drink bignay with guyabano tea...im trying to conceive and my boss gave it to me because its what she drink when she's been trying for a long time...i keep on researching for this product to see if it is really effective...right now i feel always sleepy and feel like i wanted to throw up...thanks!

Wow Melanie, good luck! I didn't know it can help in conception, thanks for taking the time to let me know!

I would not advise it for kids yet, since I don't think they already have uric problems.

For US SOUTHWEST residents:

I live in North Las Vegas, Nevada. This very same Bignay tea packet described here is available near where we live. It is a Filipino food store on Stewart St., near the corner of Nellis Blvd. Hope this helps. Thanks for the informative blog.

Thanks for the heads up

Hi! I bought the same tea over a week ago and until now i havent tried it yet. I've read an article that says this product is not BFAD approved. So I'm still undecided whether to try this tea or not. Please let me know if there are any bad side effects. I can't wait to try this tea.

Most Philippine herbal teas do not have BFAD approval, if I think right. We've been drinking this for the last two years, so far it's been very beneficial and no side effects. It's just that it doesn't work much on cholesterol.

how can i conract you? interested on the encoding job.

u can email me at jim.sabolboro@shaw.ca

Yes, but on the positive side, it will be good for hypertensives. ;-)

Will you please give me the brand name of the bignay tea so I can ask my brother to look for it as I'm from Cebu and I don't know if it's available here. Please email me at rmcgu@yahoo.com.ph. Thank you very much.

sir. could you give me your no. sa cellphone i would like to purchase the Bignay Tea. i am from Cebu po

Actually I was the one who wasn't talking to him. I was spittingly mad to have been proven right that I wanted him to come begging on his knees.powder green tea perth

Hi, can I ask how is the process in making this bignay tea. I am a student in Unknown University and I am suffering from this high uric acid and we do have bignay tree in our backyard.

We have a bignay tree in our backyard that nobody cares before. Just today after my wife cut off branches with green fruits, I eat these green fruits for a trial as Im used to eating the ripe ones only, and ALAS !!! my sugar level which is usually above normal is lowered and my afternoon tiredness did not happen today! Im experimenting on eating the leaves now and the taste is ok. Try these experience yourself, it is God's free medicine for us with usually higher sugar levels.

Do bignay tea have benefits in gastritis

I boiled bignay leaves for 10mins.and started drink it, high creatinine ,and high blood how long i drink this