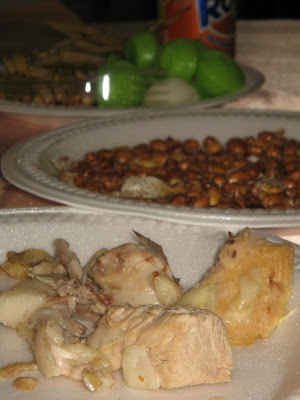 After many, many long years,  I was back in my hometown in time to witness this year’s fiesta celebrations. I haven’t experienced the town fiesta ever since I went to college, mainly because it was on fixed dates and was never moved to weekends.  This year it fell on a Tuesday, but I was home because I had to accompany a balikbayan relative who attended her high school class’ 50th year reunion.

And so for the first time I experienced Balikbayan Night, which has been celebrated annually for as long as I can remember, but of course it had always been an inaccessible event. Not that I coveted to participate – there were at least three nights of baile during the fiesta, and they were attended by people generations removed from mine. And music was provided by live orchestras whose entire repertoires came from the eras of my grandparents and beyond.

Much to my surprise, food was served for all the returning natives and their company. I don’t know if this had been a long-time practice, and I wonder where the funds came from, since the balikbayans, for once, weren’t charged a registration fee. 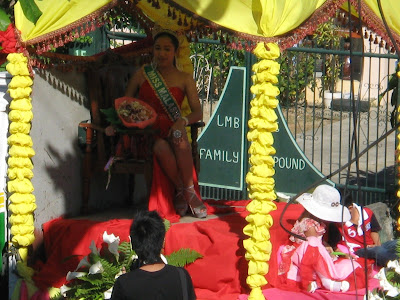 The food was simple, and just enough to refresh after the exhibition of antics on the dance floor. While the drums and the trombones of the live orchestra boomed and echoed throughout the town auditorium,  uniformed servers circled tables with plates of fried, salted peanuts, flavored Calasiao puto which I found thoughtful, and sliced suman. The big news was, there was lechon. 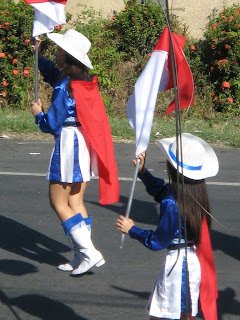 But the even bigger news was, the lechon was amazingly, gorgingly good. A chopping table was staged at the back, from where issued plates heaped with squares of lean and tender meat topped with thin, crispy skin. Each piece was garlicky and succulent. The baile started at 8PM, so we had dinner at home and were still full by the time the refreshments were served. But we couldn't help but eat, and eat, the lechon, and eyed regretfully what we couldn’t finally take in, left coagulating in fat in the cool evening air. 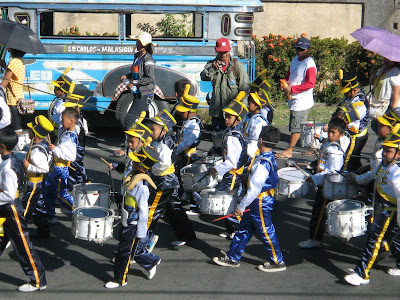 Suddenly I found I harbored respect for the organizers of the event, overlooking the fact that they campaigned for the upcoming elections right then and there even though the campaign period was still months away. And I smirked at my relative who was called, along with all the balikbayans, to march all around the auditorium and come up to the stage to shake hands with the local officials.

At dawn the following day a mute procession of santos from the town’s barangay chapels wound its way around the streets of the poblacion. Flickering amber rays from a multitude of candles barely pierced that thick black darkness just before sunrise, flinging shadows like ebony puppets. 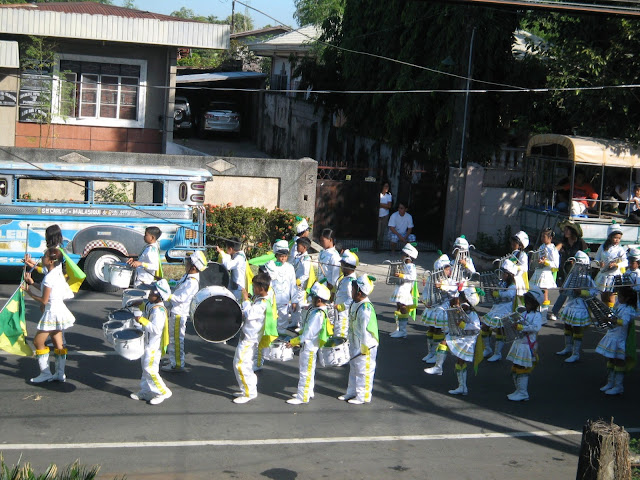 Just three hours later, in the full brightness of sunshine, came the town parade, tracing the same route.  It was a long one, with all the government officials and public school teachers, though all the ones I knew weren’t there anymore.  To my amusement, innumerable elementary and high school drum and lyre bands, marching on every two minutes or so along the parade, provided lively cacophony. They came in colorful satin costumes, dragging along drums and xylophones bigger than they were. 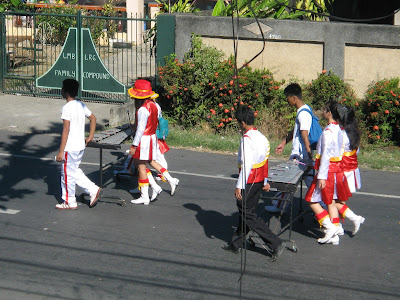 There were bigger ates and kuyas from the invited (hired, most probably) drum and bugle corps of several colleges in the province. After the parade I dragged my relative back to the auditorium to watch the exhibition pieces of these DBCs. I wanted to see particularly the exhibition by the band from the Virgen Milagrosa University in San Carlos City, which had won, in my teens, national championships for years in a row. 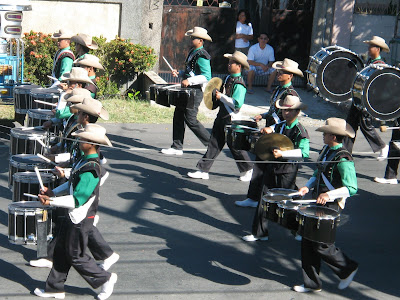 We could hear the music from the house, but I wanted to see, because the DBCs do not just play music - they perform to it, too. Unlike the live orchestra of the night before which had a gaggle of slinky-dressed girls barely into their teens cavorting in front of the musicians, the DBCs had the musicians themselves cavorting around the now covered auditorium. 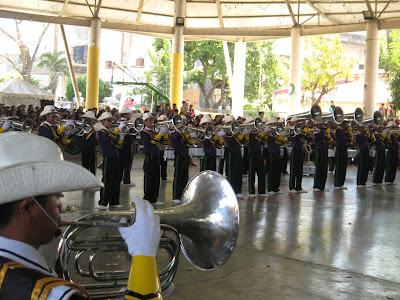 VMU was as good as ever, playing “in” tunes, including the inescapable Gangnam,  as well as melodies my mother had sung to. The fast numbers were choreographed, with quite a few changes in formation. 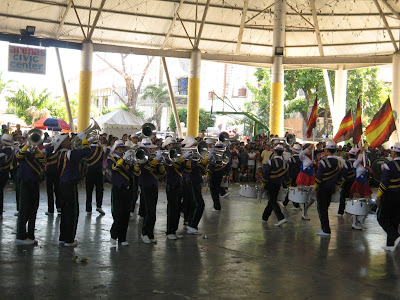 Like my balikbayan, I’m glad I went. And now, having lived in several places, I realize the way we celebrate fiesta is quite distinct. I noted before that I was perplexed that in Cavite several fiestas were observed in a year, because in my hometown there is that one single, but over-the-top, observance. It was a discovery for me to know that my hometown fiesta – a commemoration of the town’s patron saint in thanksgiving and supplication, so is mainly a religious event – has been embraced by the local government and has made it also its own, staging around it secular events. 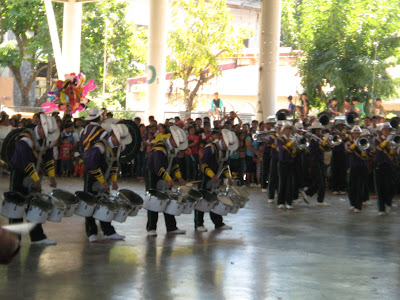 So the several nights of baile – socialization for the 73 barangay kapitans and their sanggunian, the balikbayan night, climaxing towards the town parade and the main baile that ends with a pageant of the town’s fairests. A fair with games and rides is set up on government land two months before the fiesta, and stays there for a month more afterwards. Without these the fiesta would be a very sedate affair, with only the silent dawn procession and a mass officiated by the archbishop of Lingayen, who then confirms the baptisms of the past year. 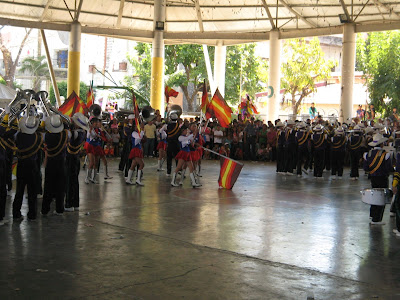 We are religious to some degree, but I don’t think we would have come home to pay homage to our patron saint, who is not that very well known. So it’s a good thing there is no separation of God and state in my hometown’s case. It has always been, and remains a good excuse to meet with long-seen relatives and friends and schoolmates, be entertained, and together eat long-missed food.