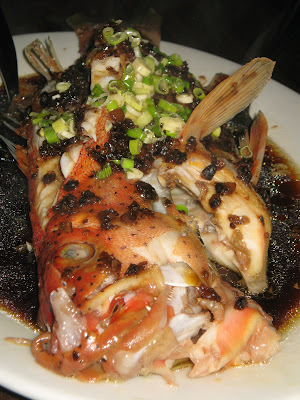 Because of the Philippines’ proximity to Taiwan and China, waves of Chinese migration to the country date back hundreds and hundreds of years. So Filipino culture is bound by so much Chinese influence, especially since trade with the Chinese go back a thousand years, from the tenth century.

And since the Chinese are business savvy, much of Philippine commerce is lorded over by the Chinese. The biggest companies in the country are run by Chinese families, and the current richest Filipino is actually a naturalized Chinese.

So it is but natural that Filipino food has assimilated and accommodated much from Chinese cuisine. Common and ordinary dishes eaten almost daily by any Filipino across the country, and even around the globe – lumpia (fried rolls), siopao (steamed pork buns), pancit (stir-fried noodles), siomai (pork dumplings), mami (noodles in broth), all originate in Chinese cuisine, but Filipinos have been eating them for so long that we have already embraced them as our own.

And in every city in any of the seven thousand islands across the Philippines there will always be a pancitan, where various stir-fried noodles can be ordered, even though there won’t be any decent Filipino restaurant for miles around. In Metro Manila alone, Chinese restaurants have been the place to go to even before any other kind of restaurant opened its doors.

In big cities there won’t just be a pancitan, but a full-lauriat Chinese restaurant as well. So it’s not surprising that in Davao City, the Philippines’ biggest city and the commercial and trade center of southeastern Mindanao, the place to go to for a memorable meal, for both out of towners and locals as well, is Ahfat. 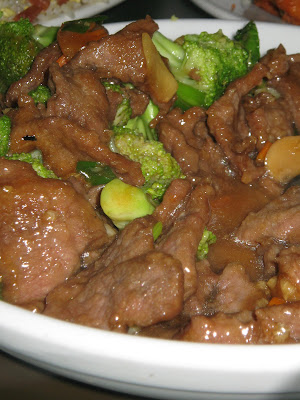 I don't know what ahfat means, nor if it is even a Chinese word. But being Filipino, I'd say maybe it means four (the Tagalog term in the Tagalog language is apat). Which, at the rate of its popularity, is not far to say is the number of outlets it's going to have in no time at all. Right now there's two dining halls being operated by Ahfat. We were there on a Monday night and both dining outlets were full to the gills, with several turnovers during the two hours that we dined. 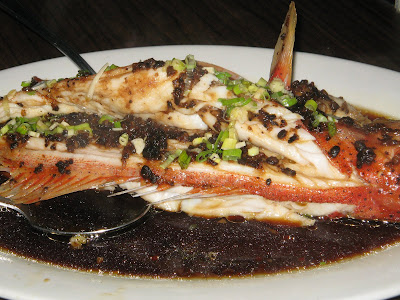 The menu was pre-ordered by our local hosts, and we had the customary dishes - beef with broccoli, steamed fish with soy sauce, leeks and tausi (fermented black beans). Both were done well, the beef soft but still possessing structure and bite, indicating perfect cooking time; the fish’ sweetness and firm flesh belying its freshness, which wasn’t unexpected since fish tanks full of lively specimens adorn the restaurant façade. 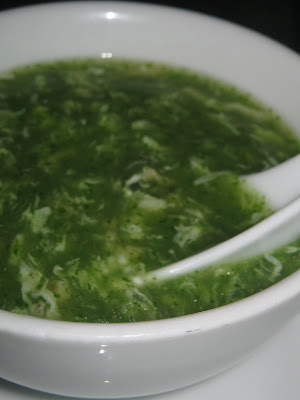 But what really stood out were the soup (Green Seafood Soup) and those spareribs. This is only the second time I’ve encountered green soup, made from spinach, in a Chinese restaurant. This version was punctuated by tiny spurts of saltiness from bits of salted dried fish and chopped shrimps and squid, keeping it slurp-able and very much appealing, especially when piping hot. 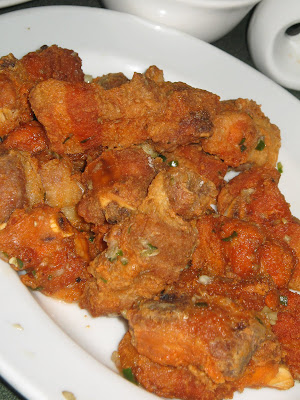 And those spareribs – my companions could not stop talking about them after the meal, and even during our subsequent jaunt to a durian stall. Lightly battered and faultlessly fried so the outside was almost crispy but soft and juicy inside, with not a hint of fat. No chewy pork strands get stranded between teeth but just succulence and a burst of flavor from the paprika coating and just the right amount of salt. We were moaning that we should have eaten nothing else but these. 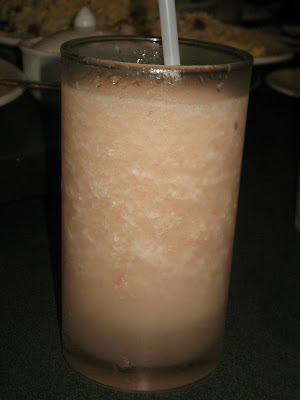 The most refreshing drink to accompany everything – pomelo shake, the very pale pink shade proof that only fresh fruits were used. 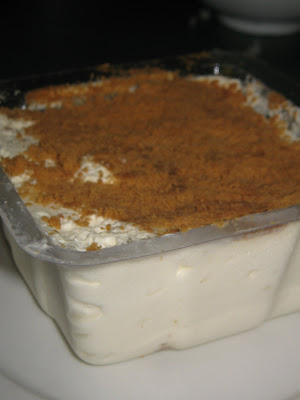 And as if to imply that not only have we assimilated Chinese cuisine but local flavor had also populated its nooks and crannies, we recapped the evening with durian float, glorifyingly pungent with only whipped cream and grahams enveloping pieces of the fruit.

Email ThisBlogThis!Share to TwitterShare to FacebookShare to Pinterest
Labels: out of town, restaurants

Okay, so this post made me hungry. Gotta try Ahfat SOON!