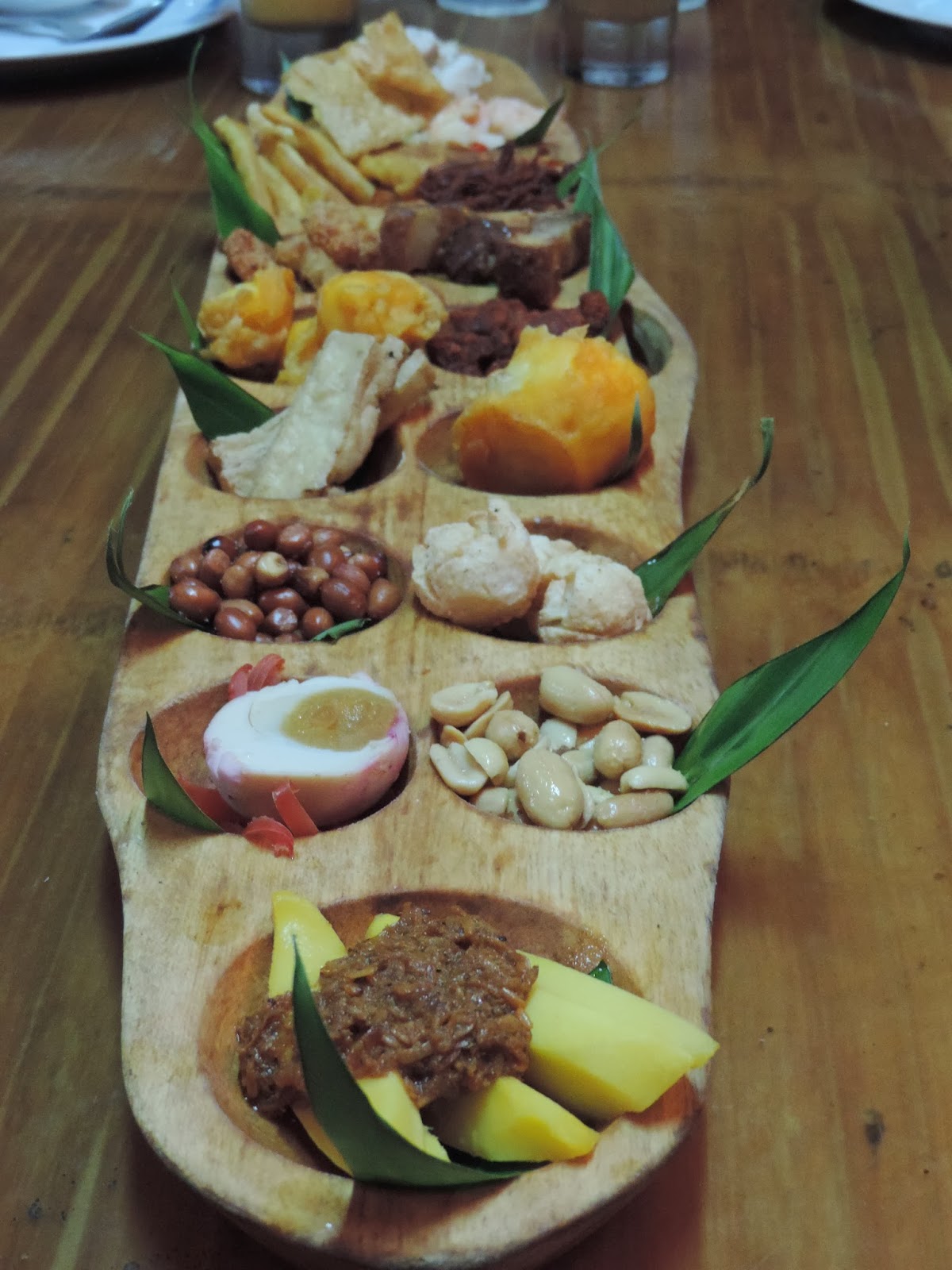 One of the water parks we had ignored since it opened was Island Cove. We became practically neighbors when we moved to Cavite City seven years ago, as it was just a thirty-minute drive from our residence. But its being located amidst Metro Manila’s sewer that is Manila Bay deterred us from enjoying its attractions.

It was the best place to go to, though, during the holidays when we could not get out of town. I had to spend an inordinate amount of time pep-talking the kids to stop the eeeeewwws and the eeeeewwws, but ultimately they relented upon threat of being left in the house with no food and no adult companion.

But by the end of our stay I could hear no more whining, only requests to extend our vacation, and minute-by-minute queries on when we were coming back. 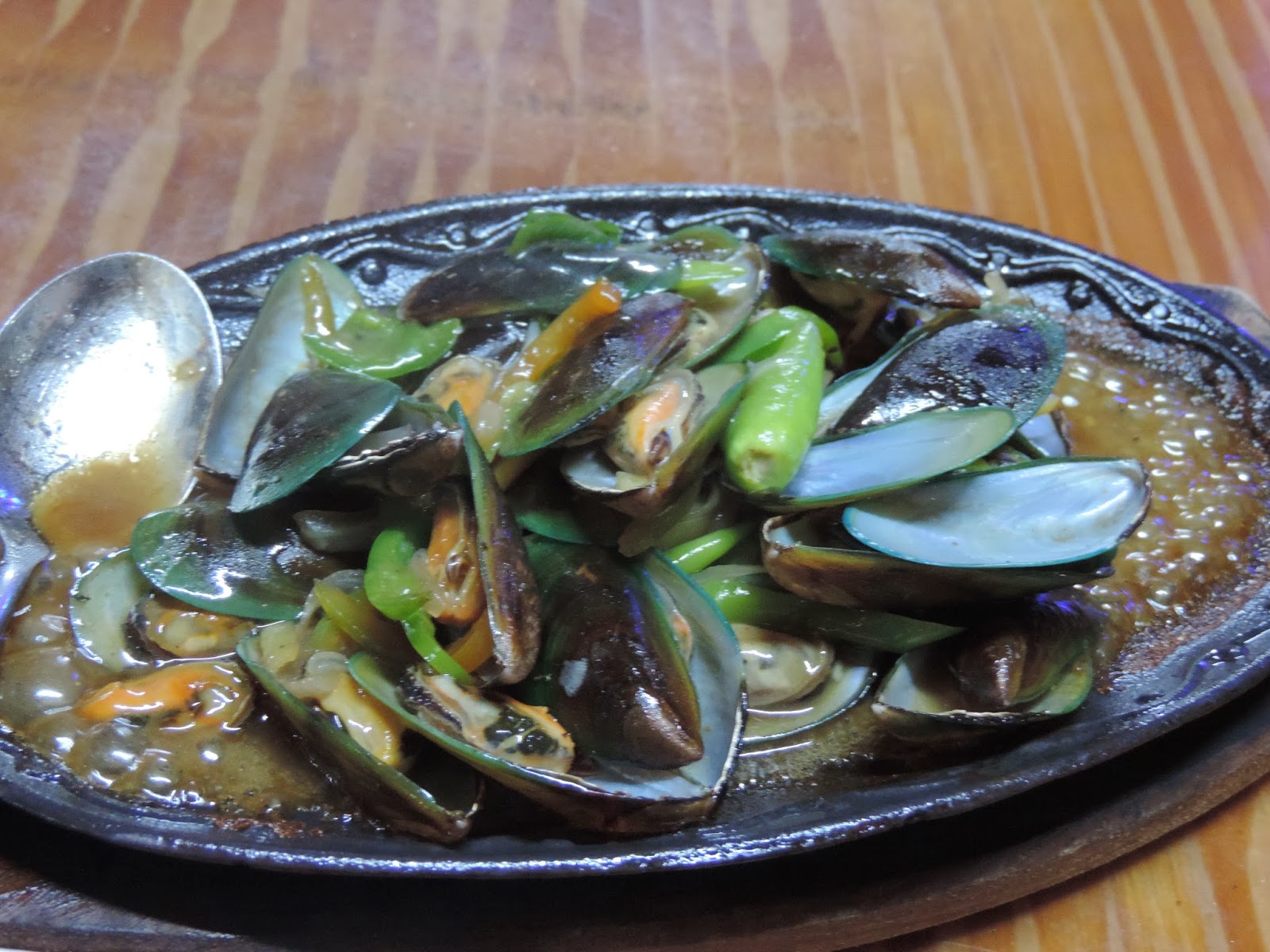 The resort shows its age – it looks like it hasn’t been refurbished since opening day – but it adds to the rustic feel, which we generally prefer in our vacation choices. And the water attractions were ideal for my kids’ ages – the slides not too sky-scraping that they’re limited to adults, but lofty enough to make my two older children have the time of their lives and leave me cowering in fear. There is a kiddie wading pool for the six-year old with adequate enticing structures to hold the interest of even the kuya and the ate. And the zoo did not have animals cooped up in demeaning cages, but were rather free to roam in farm-sized corrals. 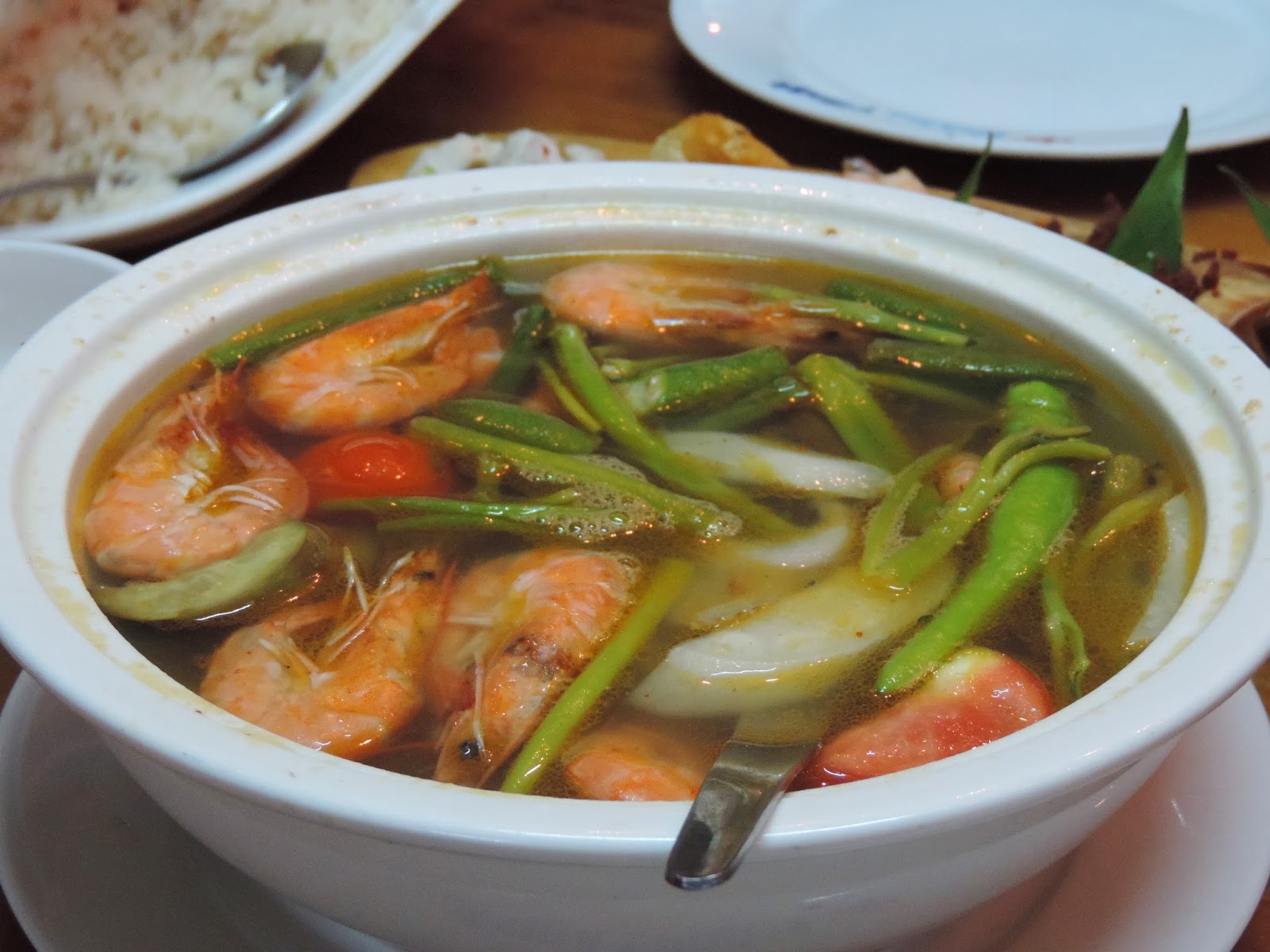 As to the food, well, we were captives in the resort as there were no restaurants near enough outside to go and have a meal. There were two dining options, Sangley Point, where we had our first meal and the complimentary breakfast, and Fishing Village, where we ate three meals. Prices were not scarily expensive, but still with a premium. Service was fine, though, so it was okay if taken in the spirit of being prepared to spend when on vacation.

Sangley Point offers international fare, while Fishing Village caters to the Filipino palate and offers native Cavite dishes. A major reason why we ate mostly at Fishing Village, apart from the fact that the kids liked the food right on our first meal, was because it was adjacent to the fishing area. There was that relaxing vibe, emphasized by the open-air dining pavilion, benches and wooden tables. 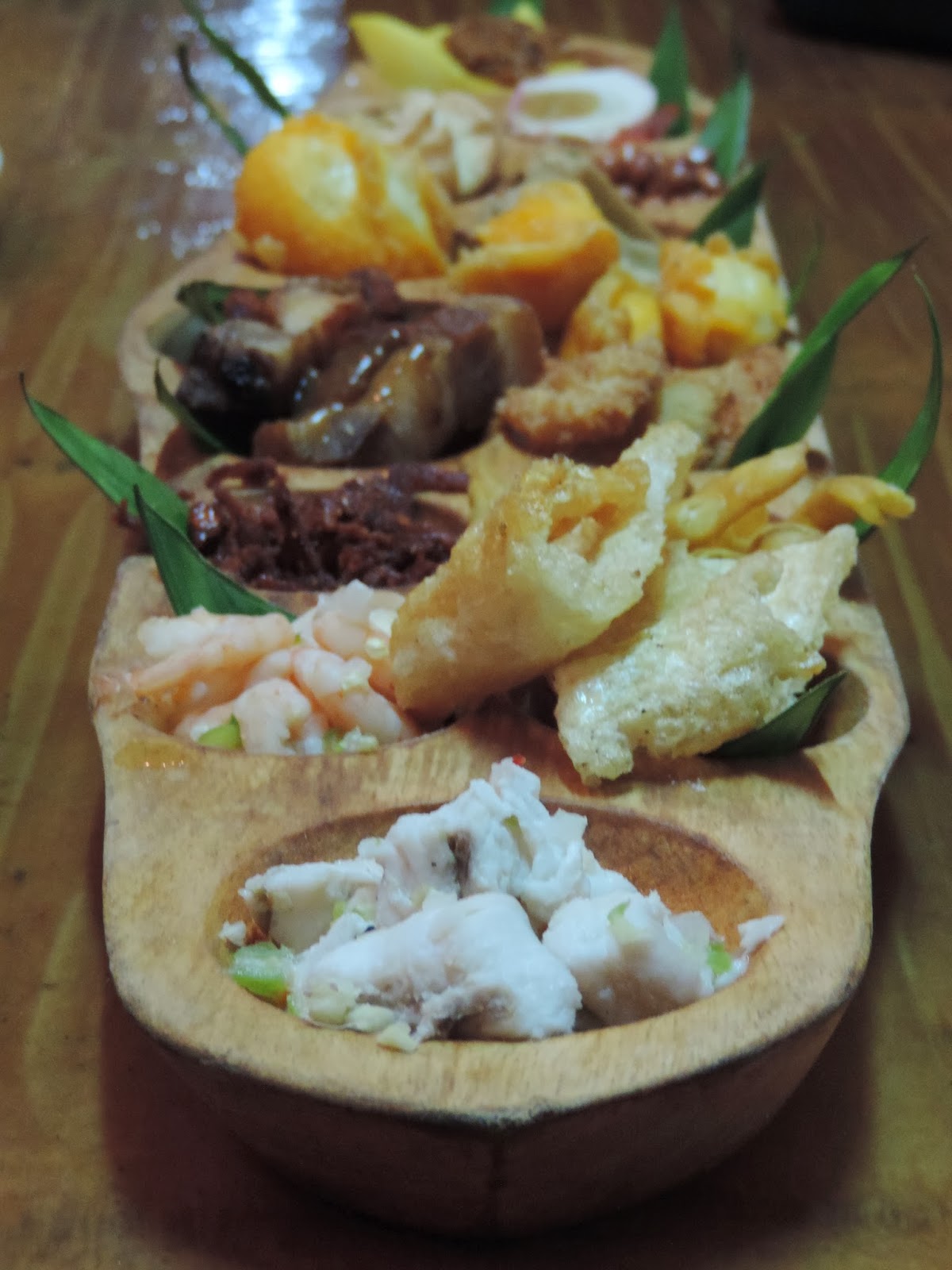 Food was good, by resort standards. Nothing mind-blowing, but familiar, homey fare. Enjoyable was the sungkaan, which was sixteen kinds of pica-pica (finger food) served in the saucer-like wooden contraption for the Filipino game sungka. It was more fit as pulutan, and there were a lot of fishballs and their ilk, which made it pricey for its Php380 tag, but the kids had a lot of fun picking out favorites. 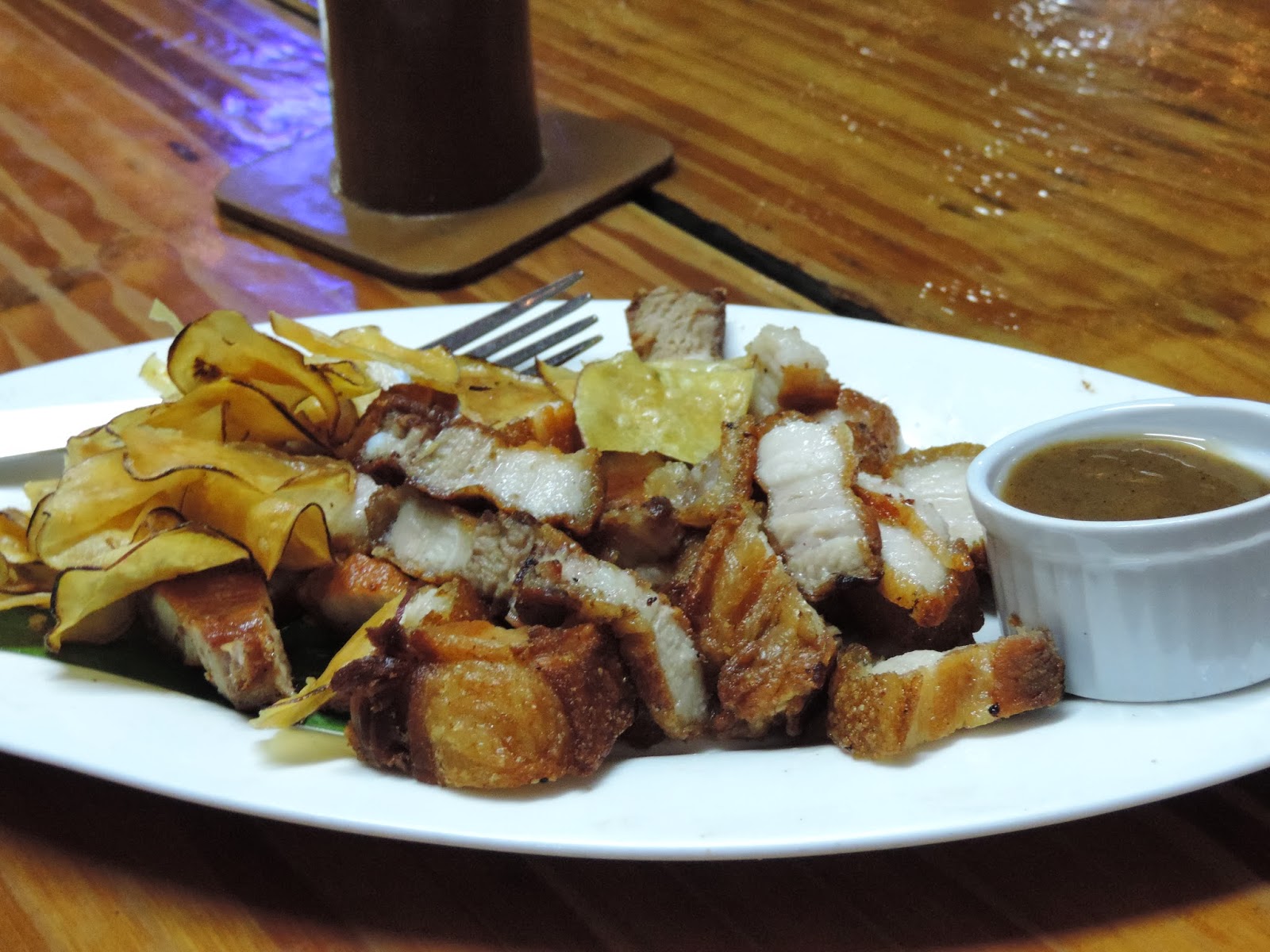 We tried the lechon sa buho, trumpeted as an Island Cove specialty, but we didn’t find it any different from lechon kawali offered elsewhere. Tahong (mussels) must not be overlooked when eating in coastal Cavite, and those cooked in Fishing Village were plump, served in a sizzling plate. There was a dish called hiyas ng Kawit, which we failed to order and I forgot to ask what it was, but the name sounds interesting, so next time that’s the first thing I’m ordering. 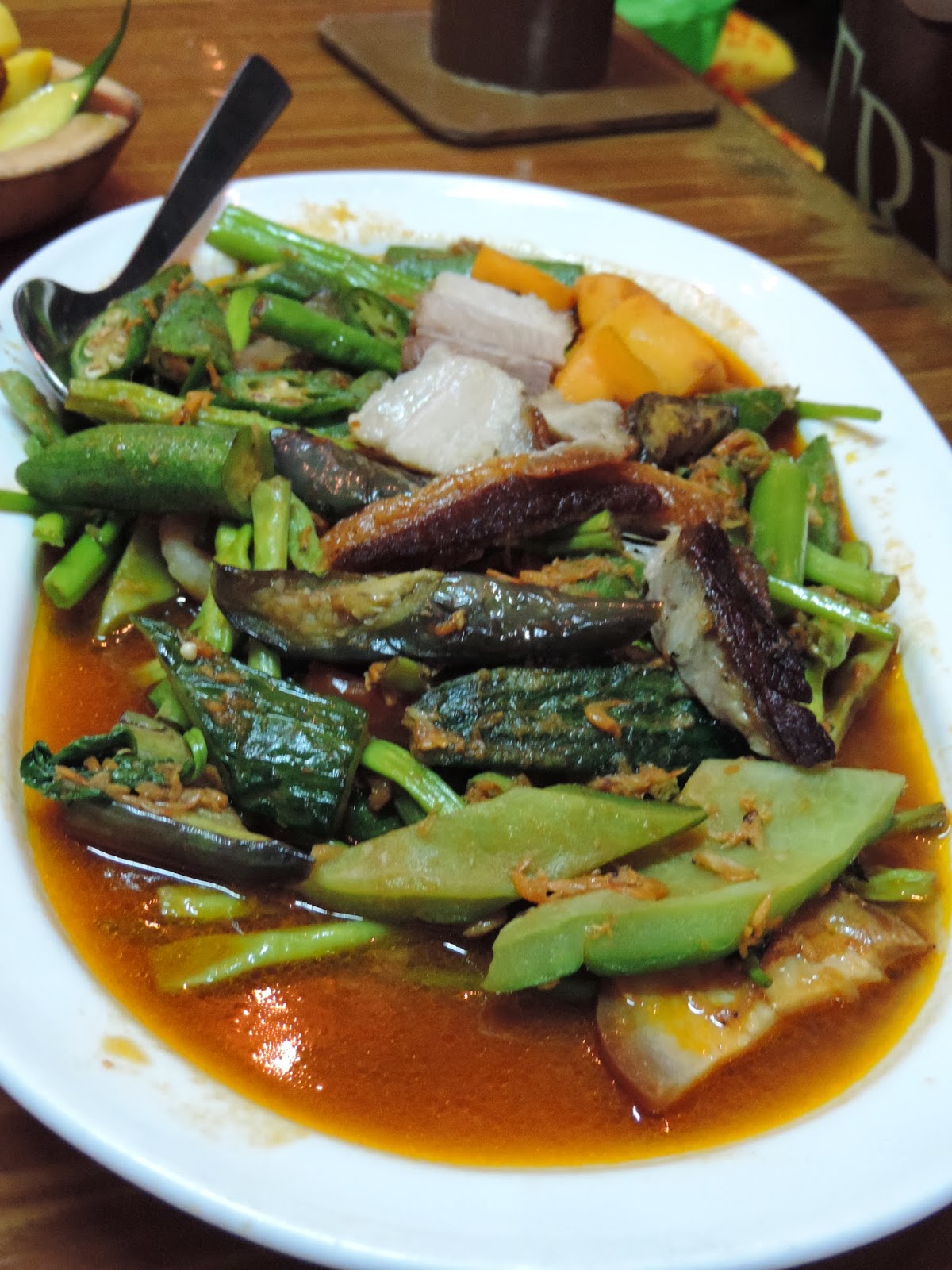 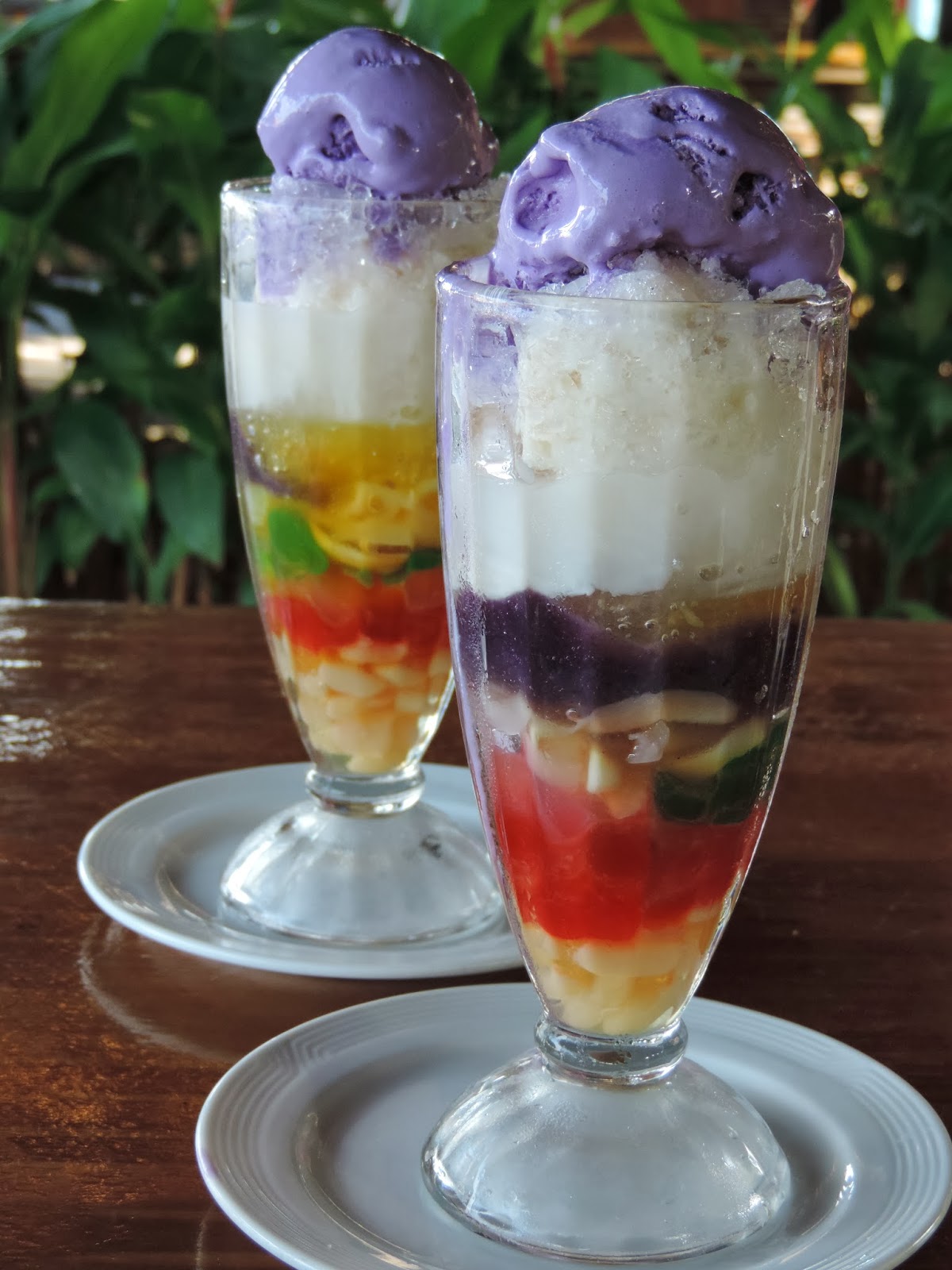 The halo-halo is heavenly eaten on a hot afternoon while waiting for tilapia to bite your bait, relaxing in the shimmering of the waters beyond. Just don’t think what flows into those waters, and a day at Fishing Village is a day well-spent.