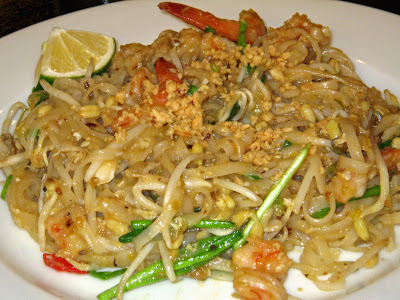 [Pad Thai, Php185]
Ever since I transfered residence to Cavite I haven't had the opportunity to re-visit my old haunts near where I used to live. So when one of my several eating groups feels like eating out, I don't hesitate to suggest the Power Plant at Rockwell, for sentimental reasons as well as curiosity as to how the area has changed since I've gone.

We entertained friends from Cebu a few weeks ago, and it was to my advantage that the visitors requested to meet at Rockwell. But there was nothing new. The restaurant level at the basement actually looks like any other eating sites in any mall now, with restaurants that can be found in any other mall, except for just a couple, maybe.

One of the new and an unfamiliar one is Wild Ginger, which, I was sad to note, had replaced a favorite comfort food source, Long Grain. Long Grain had specialized in Asian familiar dishes, including Filipino, and offered several kinds of rice varieties. It was one of just a few restaurant chains in Power Plant that didn't already have an outlet in Cebu, so we tried it.

When we sat down and were handed the menu, I was surprised to be perusing Long Grain's menu. It turns out, it is Long Grain, refurbished and remodeled to sport a new look. 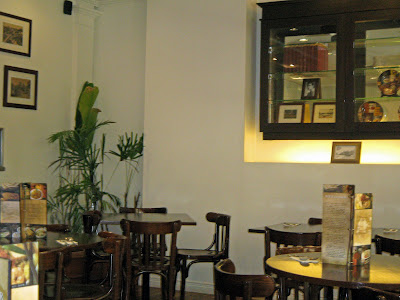 The interiors and furniture are all in teak, with matching ceiling fan, to recreate an era when the Europeans were searching the world for spices. The valuable wild ginger was found to be abundant and in much use in the cuisines of Southeast Asia, and that's where the menu focuses on.

I have personal favorites from Long Grain's menu, which thankfully were retained by Wild Ginger (much of it were). Like the adobo with a bowl of munggo and malunggay (chicken stewed in vinegar and soy sauce, and mung beans stew with moringa olefeira leaves). And the roti with curry dip, accompanied by tofu salad.

But this is what we ordered during my recent lunch there. First, a plate of the best Pad Thai I have ever tasted outside of Thailand. It closely approximates that Pad Thai I had with my friends in the streets of Bangkok close to a decade ago, cooked to order and eaten steaming hot.

Wild Ginger's Pad Thai is generous with chicken and seafood, nutty and rich with ground peanuts and scrambled eggs, and full of contrasting flavors provided by bits of lemongrass, cilantro, bean sprouts and a dash of dayap juice. I am never going to order any other pad thai anywhere else in the country again. 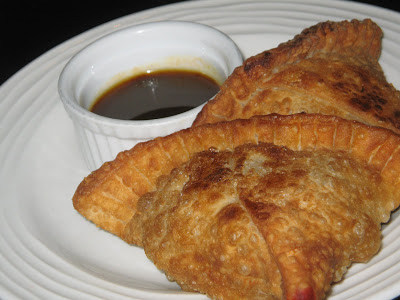 [Vegetable Samosas, Php40 each]
Very, very hot samosas, though the tamarind chutney cuts through the heat and grease. I've had better, but these are cheaper, and satisfy. 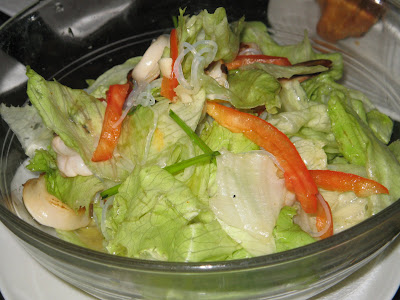 [Vietnamese Seafood Salad, Php180]
Limp salad greens, slices of red bell pepper, a few strands of vermicelli, and some seared seafood, with a kalamansi-based dressing. It was too tart, though it sort of acted as palate cleanser in between the rich and hot dishes. 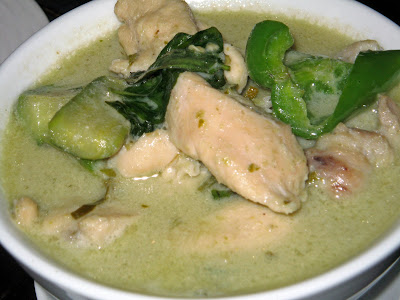 [Thai Green Chicken Curry, Php225]
This curry was too watery - the sauce wasn't sufficiently thick and creamy, though it was flavorful enough with the mild green curry and sweet basil, and had lots of chicken slices. 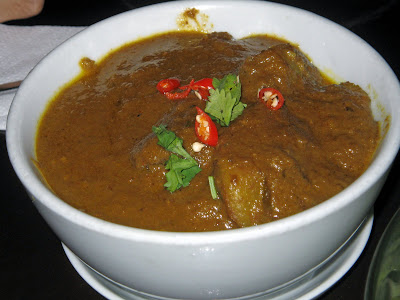 [Beef Rendang, Php245]
This is a saucy rendang, very hot with several chopped siling labuyo (finger chilis). The sauce was "rough" with the blended spices. It is a "rice intensive" (you eat tons of rice with it) dish. 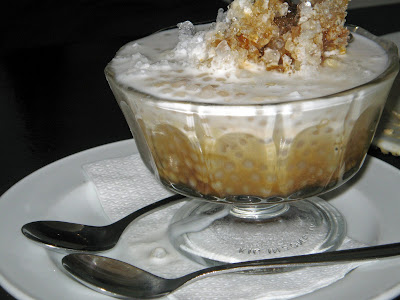 [Gula Melaka, Php65]
Gula melaka means palm sugar, but also refers to a popular Asian dessert (not in the Philippines) of sago (palm pith pearls) with gata (coconut cream) sweetened by palm sugar, served cold. I don't get excited by it, because we Filipinos have several desserts using sago and gata, but with many other things besides, so are multi-textural and provides a variety of flavors. 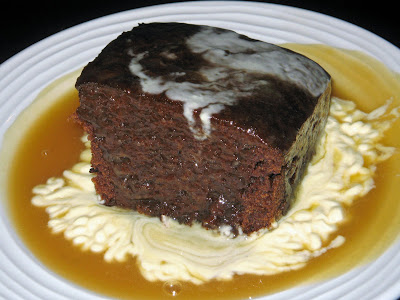 [Stikky Toffee Pudding, Php115]
The menu states that this is a popular British dessert as yet undiscovered in Asia - pudding in caramel sauce and whipped cream. It was pretty - the bread pudding was sweetened with molasses, or maybe muscovado, served warm. It was a bit dry to be a real pudding, but the sauce and cream provided all the moistness it needed. It was delicious, and a great way to end an Asian meal.

Other desserts with sago
Kiniler
Halo-Halo