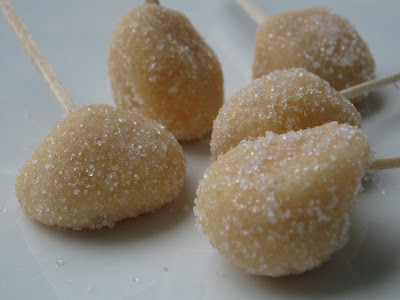 What to do when your infant has become a toddler, but she rejects the new toddler formula you just bought?

I breastfeed my children for as long as they want. However, I cannot fully supply their milk requirement when I have to go back to work after the 60-day maternity leave mandated by law in the Philippines. The deficit is only a small amount, though, because I use a breastpump (the single, greatest aid to breastfeeding when you are a working mom) in the office. I have heard that regular formula intake of babies can average a can a week. My youngest, now at 17 months, only averaged a can per month for the entire first year of her life.

That being said, I didn't know that she'd be so loyal to the particular brand of milk formula that my breastmilk has been supplemented with. It was the same formula brand that my two older children were supplemented with, partly because of pedia recommendation, and mainly because it has a hypo-allergenic variant, which I'd given to all three children.

So she turned one year and we shifted her to another brand, because the infant formula brand does not have a formula for toddlers. She didn't like it. We kept offering it, thinking she'd eventually take to it. But she starved herself of milk formula, turning to breastmilk and semi-solid food to compensate. It took three formulas before she found the one she liked, made by the same food and beverage company that produces her infant formula.

So I have two cans of toddler formula sitting on the kitchen shelf that are proving to be difficult in getting themselves empty. I have offered them to the two older kids, since the formula is good for children 1-10 years of age, but they've said they don't taste as nice as their own milk.

The milk still have several months before expiry, but I don't like having cans of food opened but untouched sitting there, waiting to expire or for any spore to slip through the lid and begin a colony. Especially since the formulas are among the most expensives ones in the market today. So I thought I'd use the milk in desserts or snacks popular with children and adults alike.

The first I made with them is pastillas de leche, or milk candies, though the literal translation is candies with milk. The name indicates it has Spanish origins. This is a simple but extremely popular delicacy that can be snacked on, but is also served as a special dessert. There are only two main ingredients used - milk and sugar - and if these are of the finest quality, pastillas de leche can be quite impressively splendid.

The traditional pastillas is made by boiling carabao's milk with sugar, constantly stirring the mixture until thick. A few drops of dayap, the local lime, perfumes the candy and adds a touch of tang, so that the sweetness is not overpowering. Powdered milk is sometimes added for structure, then the mixture is shaped into cylinders with the thickness and length of an average pinky. These are then rolled on white sugar crystals, wrapped in paper, then dressed with colored japanese paper.

The most famous pastillas, produced in Bulacan and made to order, are wrapped in colored Japanese paper with cut-outs of festive settings serving as "skirts." Creamy and soft, they are truly fit for fiestas.

The base milk candies can be turned into flavored pastillas, by adding fruits (langka or jackfruit is a favorite) like durian, mangosteen, mangoes, etc., or other mixes, such as cheese, mocha, chocolate, ube, etc.

There is a lazy method, though, the shortcut way which I like to think came about during the American period of Philippine history (from the late 19th century to WWII), and went through with American surplus donations to the countryside. Up until my elementary grades we had whole wheat bulghur and skimmed milk as mid-morning sustenance for public school pupils.

The teachers cooked the bulghur into porridge, but it is the skimmed milk that confounded them. They didn't know what to do with it, as it was extremely difficult to dissolve in water. Solution? They brilliantly turned the milk into pastillas de leche.

Using powdered milk, the pastillas de leche needed no cooking. It was just mixed with condensed milk, rolled onto sugar, and wrapped. We ate this as is, or inserted into pan de sal, or, more commonly, nutribun, as sweet bread filling.

So this is how I used the milk that my baby rejected. Poured about half a can of milk formula, mixed in the zest and juice of a lemon, and dollops of condensed milk until I got the desired consistency (easy to roll). I then formed little balls out of it, coated the balls with sugar, then stuck toothpicks onto them. The left-overs I rolled onto the traditional cylinder shape and wrapped them. They kept at room temperature for a few days.

So did the baby eat them? Oh, yes, and so did the older children. And the adults, too, who were sneaking out pieces when the children weren't looking.

This is my entry to Got Milk?, a food-blogging event hosted by Linda at her blog, Make Life Sweeter!, in celebration of World Breastfeeding Week 2009.

Read other entries for Got Milk? in the round-up of the event here.

Wonderful way to get rid of the opened cans of formula, delicious too!
Thanks for your entry to Got Milk?
Hope to have the round-up ready later this week.

Just wanted to let you know that the round-up is up.

these look nice, I m re really curious to taste these :)