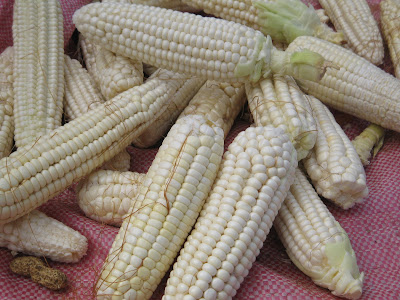 For the entire summer we gorged on sweet corn the color of sunshine. Freshly harvested corn from the fields of Pampanga were trucked to Kawit in Cavite, and many stalls set up shop along the centennial road selling fresh or boiled sweet corn to motorists.

My baby learned to scrape her baby teeth on the kernels on the cob, and we incorporated the corn in many dishes, mostly sweet, like ginataang mais, or maja con mais (coconut cream pudding with corn). Or with chopped carrots in butter. But mostly we ate the corn boiled, on the cob, on hot afternoons by the shade of the acacia tree, or while driving on an errand or on our way to a picnic.

Summer has passed, and the corn has disappeared, the fields now being tilled in preparation for planting palay (rice). But there is still corn - the corn touted as native, though of course corn came to the Philippines from Mexico during the Manila-Acapulco galleon trade.

The corn now flooding the markets is white and smaller. It is not so sweet as the yellow corn, and the kernels not as perfectly lined up, tightly packed like an orthodontic masterpiece. The kernels sometimes have big gaps between them, like the teeth of old men. Sometimes an entire row goes missing.

But this is the corn I like, and remember, the corn boiled in big cans over a woodfire at the backyard of my grandparents' house. Cooked, the kernels are moistly sticky, and produce a faint, reserved sweetness after chewing on them. Not sugary sweet, but starchy, bespeaking of newly harvested young rice, the scent of cut stalks wafting in the air.

It is eaten simply, boiled, on the cob. And because of its subtle sweetness it is almost sacrilege to put anything on it, like a sprinkle of salt, or a brush of melted butter. It is creamy and soft, the skin totally edible, unlike the yellow sweet corn's propensity for inserting thick skins in between front teeth. 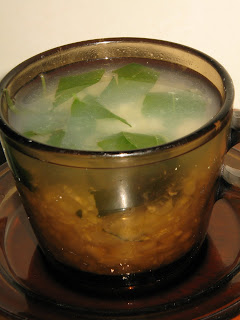 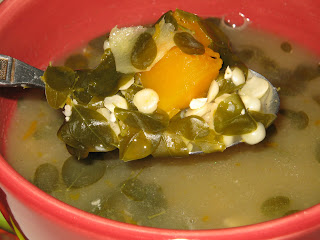 It is also incorporated in dishes, vegetable soups mainly. It is the main ingredient in sinuwam na mais, where the kernels are scraped and boiled in a pot of water with a thumb of peeled ginger, with or without meats. When the kernels have cooked and the soup has thickened, young sili (chili pepper) leaves are added, providing peppery notes and sweet hints. The soup, best eaten hot, is seasoned with salt or patis.

Sinuwam is a traditional dish in Bulacan and Pampanga. In Lipa, Batangas, I and my friends were served a soup of corn kernels boiled with chopped squash, topped with malunggay leaves and seasoned with bagoong Balayan.