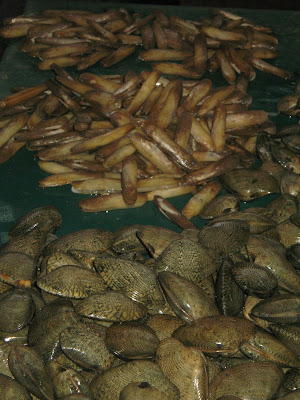 Here's a cursory look inside the Burgos Market in Bacolod City. I was there on a Friday morning, and I was surprised that it looked sleepy, what with just a few people shopping, the stalls not fully occupied. But the selection was nonethless exciting, and I found some very interesting things.

The shells I have seen somewhere else, though not in Pangasinan nor Cavite. Somewhere in my other trips, I believe those long narrow ones are called bamboo shells which I have eaten at Harbor View by the Quirino Grandstand. But it was these shells that intigued me - my first time to encounter them. 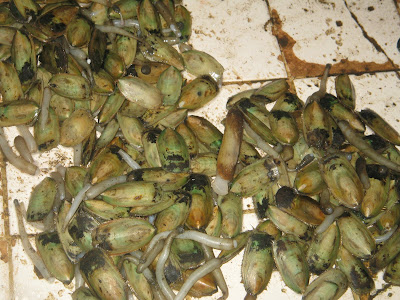 They looked like beetles, green cockroaches even, and all had their "tongues" sticking out. 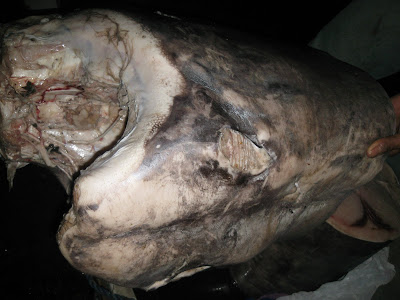 The round headless body of the pork of the sea - my beloved blue marlin. 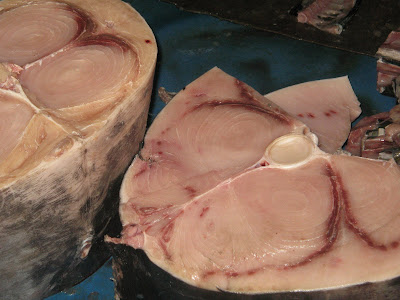 Cross-section of a blue marlin 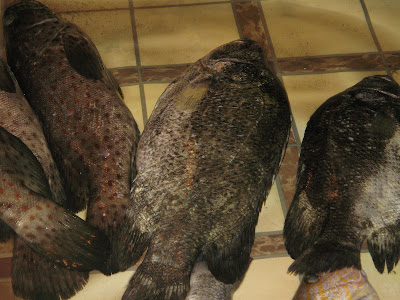 Some lapu-lapu, and freshwater (or maybe brackish) bulgan (apahap, or local bass) 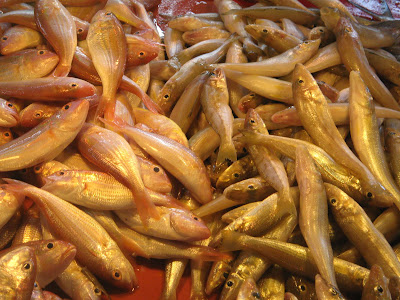 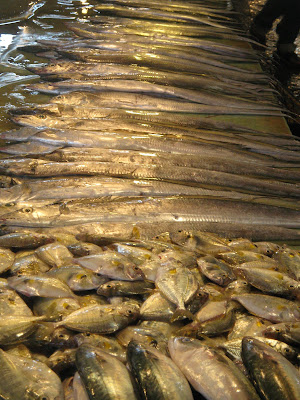 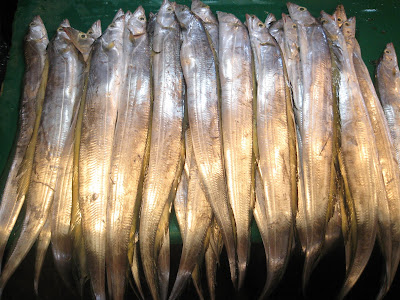 A closer look at the espada. Real big ones, like the ones we eat in Pangasinan, which I sometimes find in Cavite, though not as big, and not as common.
. 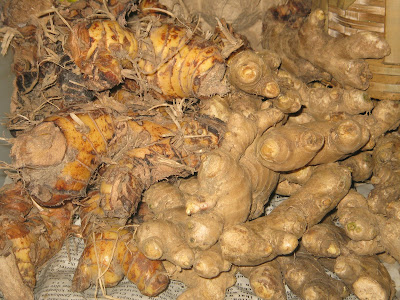 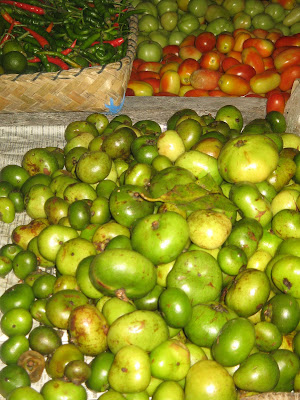 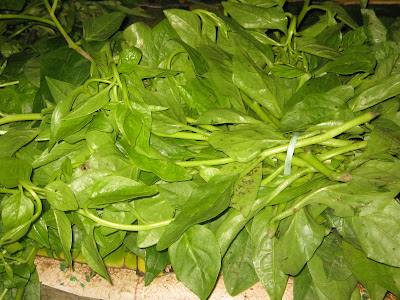 Some leaves I am not familiar with, eaten as vegetables 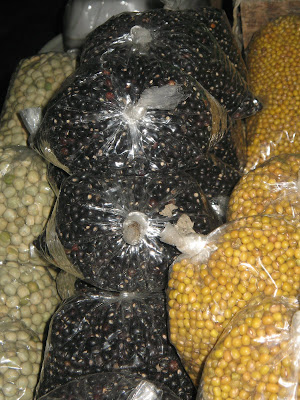 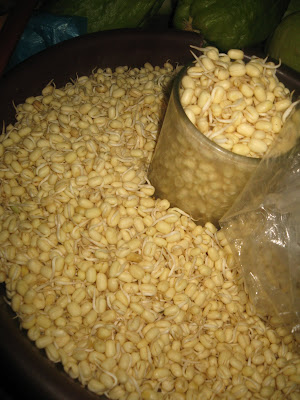 I have only seen, and eaten, this kind of mung bean sprouts, in Pangasinan, which we call inpabasik, and I was so happy to find it in Bacolod. These are further on in their germination than togue, hence the shorter tail, developed bodies, which are "naked" and completely opaque.

Email ThisBlogThis!Share to TwitterShare to FacebookShare to Pinterest
Labels: out of town, tindaan (palengke/public market)

Oh! How boring to be shopping for seafood in a supermarket!

We call those green shells with the tails - balay. We normally cook them like Tochong Bangus.