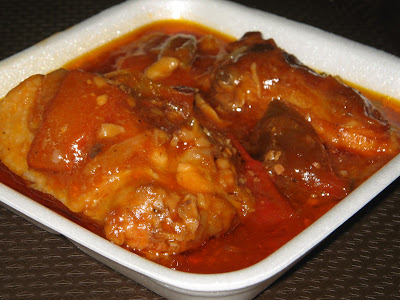 I'm at the airport right now, and should have been airborne at this time, but delays has left me stranded for a few hours. I'm on my way to a trip that spans two islands in the Visayas, both favorites since I first flew in an airplane out of Luzon more than two decades ago.

May being the month that celebrates Mother's Day, I get wistful and remember my mom. She had never ridden an airplane - air travel wasn't so accessible during her time. Flying used to be so unreachable, so unreasonable, that it became everybody's ultimate dream. My mom had even vowed that she could die happy and in peace if she could only ride an airplane.

With many air carriers and with the development of the tourism industry, flying today is as commonplace as riding airconditioned buses. I've been regularly flying for various reasons since that Visayan summer in 1991, and my kids had started flying from birth. Two kids are with me now, and I imagine what if three generations were together at this airport today, my mom with us.

She would probably have prepared baon for all of us, the way she did in all the trips we made around Luzon  following my dad, so that I developed an aversion to bus-stop food. I bring home-cooked meals to the office, but on trips I prefer sampling local food. But when flight schedules are off, or become erratic, or get late, there is no choice but to seek nourishment from terminal food kiosks.

My mom was not a notable cook, and I don't remember any special dish of hers, except for her crema de fruta, but her cooking was preferable to any of the food in any of the airport terminals in Metro Manila. It actually makes me cringe, seeing the choices and putting myself in the shoes of foreign tourists. Everything's worse than what's on offer at mall foodcourts, and the prices had me believing airport terminal space is the  most expensive real estate in the Philippines.

I could go without a meal, forebearing my hunger until I arrive at my destination, salivating at the prospect of regional specialties. But much as I tell the kids it builds character, and probably EQ (remember that TV commercial?), they have started whining. My mother would not have approved, so I inspected the stalls.

Unfortunately there was only one selling rice meals, and my boy has expressly stated he has to have rice, so I fell in line. When I neared the cashier I espied a container filled with something so orange it was almost blinding. I am most partial to tomato-based dishes, so I thought I'd have lunch myself, since we'd be arriving at our resort at merienda time, anyway.

And this time I remember my aunt-in-law, who had taken care of my husband growing up and who continues to care for us every time we go home to Pangasinan. As opposed to my mom, my aunt-in-law is a tasty cook. She turns out wonderful provincial meals, and is so much accomplished when it comes to cooking kanen or kakanin that I am in awe of her.

She cooks a mean lauya, and considers gallego a special dish for special occasions, like Christmas and Easter and similar holidays. Her gallego, which I take to be rooted in the Spanish term for rooster, is much like afritada, which is an ordinary dish nowadays ubiquitously found in canteens and carinderias and turo-turos, although it still appears in fiestas, which incidentally are also being celebrated around the country this month.

But my aunt-in-law's gallego is special indeed, because she has to coop a native, free-range rooster (the hens give native eggs for her apos) two days before preparing the dish. The native chicken ensures the gallego is delicious beyond belief. A list of extra ingredients also help the dish become multi-dimensional.

But she is a senior citizen, and is not aware of the chemicals added to processed ingredients today. So when I am home I modify her gallego, and make it as all-natural as possible.

Gallego is not practical to bring on trips, as any dish made with fresh tomatoes spoils easily, but I am looking forward to cooking this dish when I get home.

thank you for sharing your story about your mom and aunt in law... i never had gallego before but it sure does look special... the glaze in your sauce is killing me.. now can i have a cup of rice please?
thank you for joining us for this month's kulinarya,
malou

What a lovely story & made me a bit teary-eyed,thinking of our parents,old aunts & generations before us. Thanks for sharing the family memories & great recipe. I remember the word "Gallego" tossed around the dinner table ages ago when I was a kid.Glad you made it for the KCC event.Just to clarify, how much chicken do you suggest can we use for this recipe? Thanks & hope you join us again for the next KCC events!

It was a touching story and thank you for sharing this recipe!
Welcome to KCC

welcome to KCC and thanks for sharing the recipe..

Hi Kai, that's a new dish to me. It seems simple to follow but I bet the flavors are fantastic. Would love to try this version of yours sometime.

Nice read..
Never heard of this dish before. Thanks for sharing!

Thanks for the warm welcome guys! Elizabeth, the chicken part must have been inadvertently deleted, have updated the post to include it, sorry.

this is my first encounter with Gallego... and i can't wait for the "real encounter" --the cooking ! Thank you for sharing your story and recipe !!! Welcome to KCC !

The dish sounds delish. We have good access to free range chickens around here so I'll have to try this...and ask my Mom if she remembers this dish!

this inspired me to prepare afritada for the family - slam dunk!