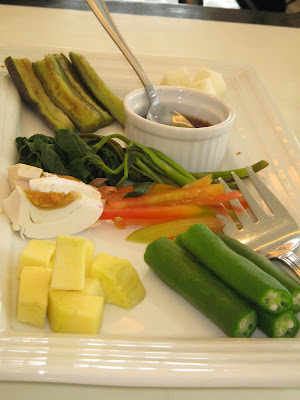 
Some people at the office love the original restaurant at the Tomas Morato District in Quezon City. The Makati branch's soft opening came just in time for a send-off lunch for a colleague. I wasn't part of the organizing committee, so I just arrived there with orders all ready to be served. 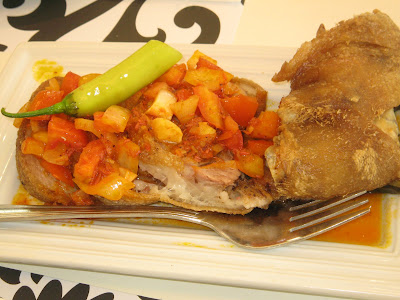 First step into the restaurant and its chic elegance impresses. Everything is in black and white, including the memorabilia that chronicle the historic role played by the owners' progenitor during the tumultuous formative years of our country, which crowd the walls. 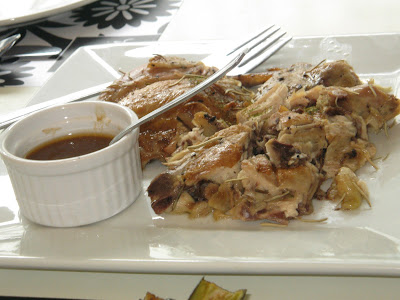 
It is comforting to know that this isn't just an undertaking that relies on its celebrity attachment. I made a disclaimer earlier because I wasn't exactly satisfied with what we had for lunch, but perusing the online menu now makes me want to go back and explore. 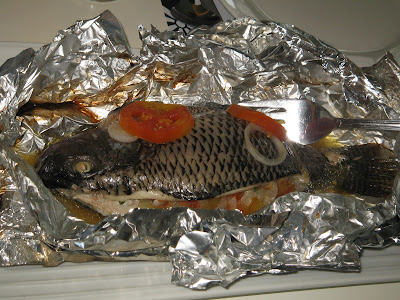 
Nonetheless, I still cling to my life-long vow not to eat out in Filipino restaurants. I've mentioned before that this is due to the fact that I cook, that I have somebody at home who can also cook and who can follow instructions, and that I have friends who cook as well. Besides the practical side of it, this enables us to tailor what we want to eat according to our own preferences. 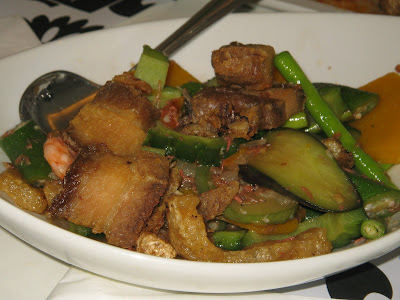 But I would recommend this restaurant enthusiastically to visiting foreigners, for a sample of Filipino traditional cuisine served with a  drizzle of history. To balikbayans, as well, even though they have hordes of relatives who can cook a fiesta for them. I have a tita coming home early next year, and I have earmarked Romulo Cafe for dinner after a day going around the historical district of Manila.

The restaurant is also a good place for Filipinos who don't, can't, or won't cook, or simply for those who want to take a break from home cooking, but who still want to enjoy the comforting taste of home while out of it. And for Filipinos who have been alienated from their own heritage, and don't have a clue what true local cuisine is all about.

*With the institution of the Modern Filipino Alphabet (Makabagong Alpabetong Filipino) in 1987, the term "Pilipino" has become archaic. The new alphabet increased to 28 from the old 20 letters. With the incorporation of the letter "f" among others in the new alphabet, a citizen of the Philippines and everything pertaining to the country is called "Filipino."
Posted by Kai at 11:41 PM

i had dinner already, but these dishes are making my mouth water. the presentation looks clean, i think i might like to try this place.

it seems the usage of pilipino vs filipino has turned 180 degrees. i was incredulous when my pilipino teacher in high school insisted, despite common usage, that there is no such thing as filipino, only pilipino, be it language, citizenship, cuisine, etc. 28 letters? i only know the 20, but it's time to google the other 8 then. there goes my nursery rhyme of abkde ...

Haha Lou you need to go back to school! Yes, even the nursery rhyme has changed, and the articulation of the letters is now like that of the English alphabet. No more a-ba-ka-da....