Weeds of my Childhood 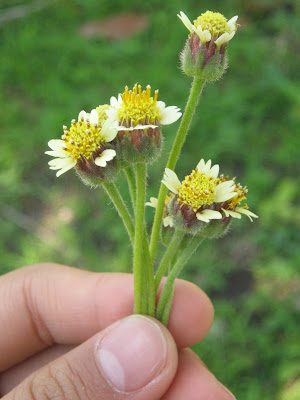 The continuous rains the past week due to several typhoons racing one another along the eastern and western coasts of the archipelago have enlivened the growth of weeds all around the house. Grasses have shot up at least a foot, and close to the ground mini jungles have grown lush. 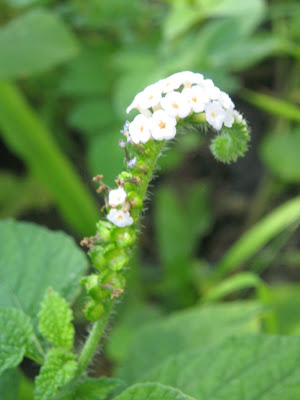 I scheduled lawn-weeding as a home weekend project for the kids this morning, but we ended up not being able to uproot anything. Being close to the ground I suddenly remembered that weeds took up a good part of that carefree time that was my childhood.

Like that cliche lightbulb, something lit up for me - I now understand why my kids are so obsessed with footwear, and they can identify whose pair it is without fail, and will even point out that somebody is wearing somebody else's slippers. 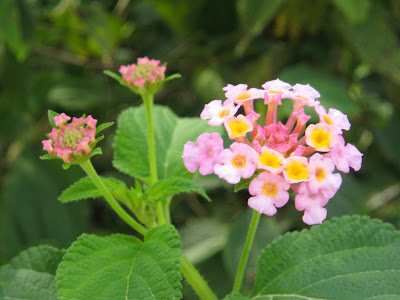 I don't know their names, and it's difficult to research them, but these weeds grow everywhere in the country.  These pink-yellow tiny blooms ward away children with their bitter fragrance, but they are a lively addition to the flower baskets offered daily at the altar during the month of May. 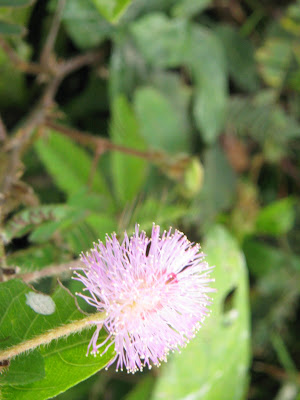 What kid is not well-versed with the magic of the makahiya (shrinking mimosa)? For girls its pink ethereal flowers are as desirable as the hard-to-resist urge of touching each and every frond of tiny leaves, until not a single minute leaf has shrunk onto itself. 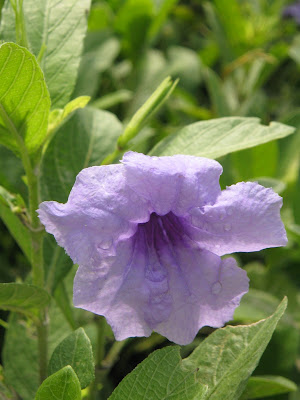 The explosive magic of this flower is more attuned to boys' hard play, but I had endless happy days gathering the hardened pods and submerging handfuls and handfuls of them in a shallow basin of water. 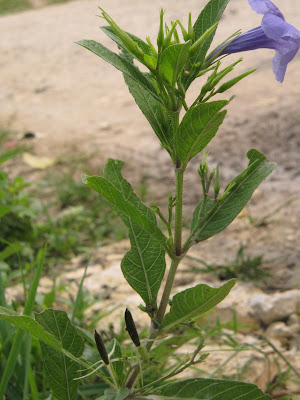 I wonder if my mom worried about me and my playmates taunting fate with this plant. I certainly had more than one instance of seeds lodging in my eyes. But perhaps I didn't suffer that much, because I'm not worried  about my kids, who discovered this kid-bomb on their own and with their friends. I taught them afterward  that's it's cool to put one pod inside your closed mouth, tingling with anticipation when it would explode. 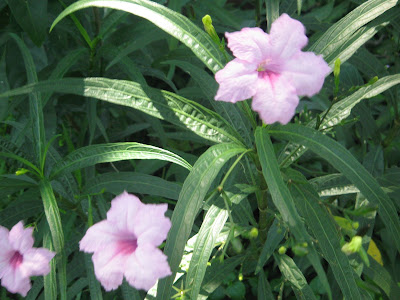 In Cavite there is a different plant with sword-like leaves, but with the same kind of flower in pink and white, and the same bomber pods.

Of course I couldn't resist turning this into a chance for reinforcing learning, as both my gradeschoolers have gone through the subject of seed dispersion. 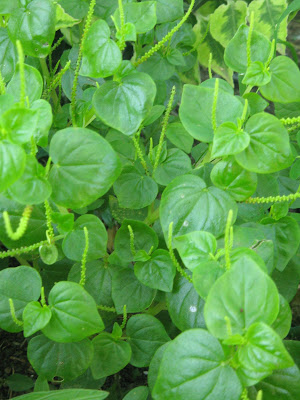 Elders told me that this is eaten in some places, but I've never had it, as I haven't met anyone who eats it who can teach me how to prepare it. It looks likes it's good in a fresh salad. 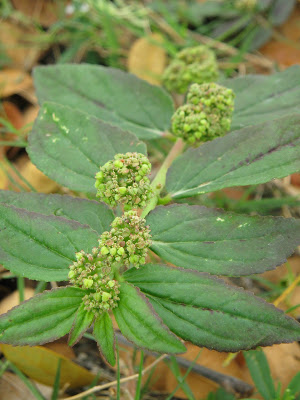 A variety of tawa-tawa (asthma weed, snake weed, fei-yang ts'ao, Euphorbia hirta Linn.) that's been used for asthma, and is now making a name for its anti-dengue properties. It's quite abundant in any weed/grass patch, and ours in Cavite is purely bright green with no violet edges like those in the photo above, which was taken in a golf course in Cabanatuan City. 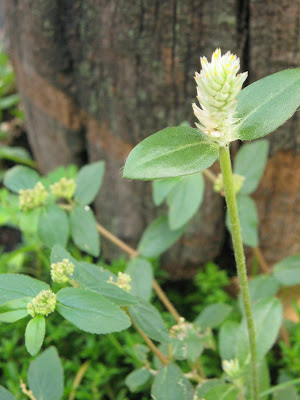 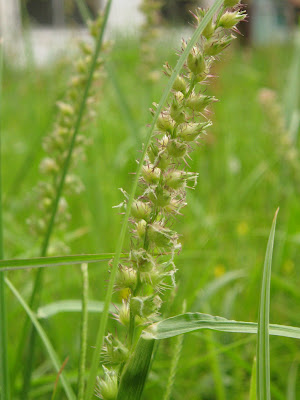 Amor seko (crabgrass), whose barbed seeds lined the hems of our skirts and short pants after a day gallivanting in the fields. They are the bane of labanderas (laundrywomen), when it is windy and the dried clothes hanging on the the lines drop on the grass.

the 8th photo, it's normally mixed with green salad. Sonya's Garden used it together with lettuce and arugula :)

Really? i haven't chanced upon it there, but I'm impressed!

What is the scientific name of the first picture?

For anonymous - First photo is Tridax procumbens
We used to feed it to our rabbits. I miss the smell of the leaves when they would get crushed.

Pradipta: The girl from Calcutta-8 said...

I could totally resonate with this! What a beautiful post. In the urban life, such weeds are pulled off to keep the roads clean. There are many which used to make my nose run. Hahaha!