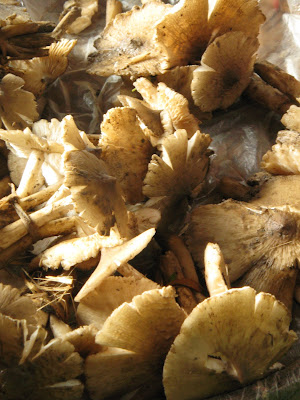 Uong na pungol is the Pangasinan term that is the equivalent of the Tagalog kabute sa punso, or kabuteng punso. Literally, these are mushrooms that sprout from anthills, which are regarded in the highly superstitious Philippine countryside not for what they really are, but pungol or punso are quite fearfully considered as the dwelling places of dwarves.

So I'm a bit surprised at the intrepidness of the people who gather mushrooms at dawn to sell in the markets. But as they explain, uong na pungol is the best kind of fungi to eat.

The others, like uong na ponti (mushrooms sprouting at the base of banana stalks), or uong na kawayan (those found clustered around bamboo groves), are tough and chewy, and not exactly flavorful. 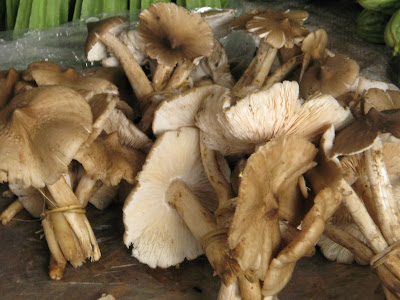 For almost a month the sun did not shine in my part of the country, which was expected, as it was the rainy season, after all. What with one super typhoon after another, dragging along the habagat so that not a patch -of earth or pavement - was left dry for weeks.

So it was hightime for mushrooms to flourish. People attribute it to thunder and lightning, which are plentiful in this season as well. And so at the markets in Pangasinan uong by the bigao (bilao) were everythwere. 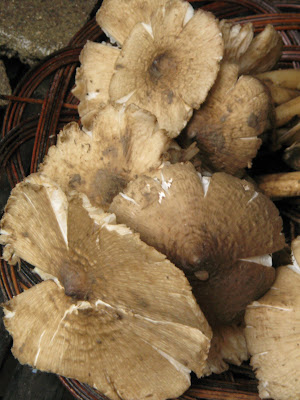 They were being sold for Php15 per bunch of about four pieces tied together at the stalks. That would seem cheap, though compared to the paler and unsubstantial oyster mushrooms that are cultured year-round, they're a bit expensive.

But uong na pungol are only ever here while the rains drop. And so I'll enjoy their brief stint in this world as much as I can.

Uong na pungol look a lot like the cultured variety, but their outer skin is brown, and their caps have pointed peaks. They're meatier, too, and tastier, because they come from the earth. And they don't keep. They sprout overnight, and have to be harvested in the morning and cooked within the day, for they wilt and decay by nightfall. 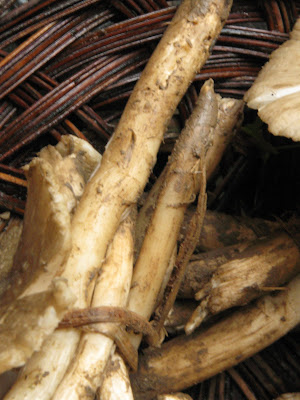 I love uong mixed with sliced green papayas, boiled briefly in a little bagoong-seasoned broth. But it had been raining hard, and it was cold, and I was in the mood for lauya. 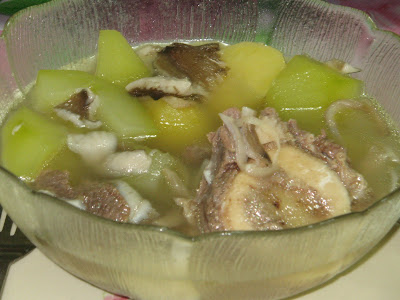 So we mixed the uong with beef and green papayas and potatoes and slurped bowls of the scalding soup. And no matter that life and all things are transitory, because a moment well-lived is more precious than an infinite lifetime.

an exquisitely written story, about a subject few know little about, with an added recipe to boot.

Oh how I miss the taste of this uong! I think we just boil it with dahon ng ampalaya and voila, instant soup...