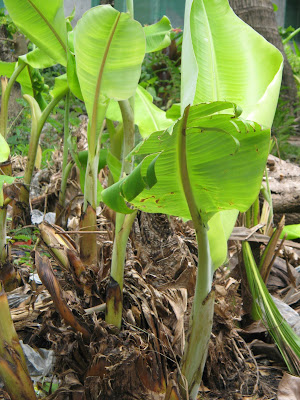 It's finals week for the second grading period and my gradeschoolers and I have been reviewing about the unique characteristics of Filipinos for their culture and civics class. Among the list of magagandang katangian in their textbook was the trait katatagan ng loob, which is about equivalent to resiliency, or strength of spirit.

This trait was specifically attributed to Overseas Filipino Workers (OFW), who have to leave their families and brave the unknown in foreign shores to heal, nurture, teach and build for other people. But following this was the discussion that katatagan ng loob is something that is learned by every Filipino growing up in the country, who cannot help but become hardy as he faces one natural calamity after another.

The Philippines is in the Pacific Ring of Fire, so I grew up acquiring the nano-second automatic response of bolting out of the house at just the mere suggestion of the world swaying. I have experienced being clasped by my mother while we stood outside in the blinding darkness of dawn, away from anything that might topple, and hear the ground squeak and moan ang gasp, while the soil on which we were seemed to undulate.

I instinctively develop an adrenaline rush the moment the ground shakes. I have been called OA by friends in college, who came from other parts of the country, when I was out the door in an instant during the times when there were earthquakes. I just laughed them off, knowing a moment's hesitation might prove regrettable.

But I was away in college when the earth opened up and spewed sand onto my elementary school in Pangasinan, partly swallowing buildings and roads, and crumbling the church I wanted to get married in. I experienced the tremor in my dorm two hundred kilometers away, not knowing that it was much more stronger in my hometown than I have ever experienced. That temblor levelled down the cities of Baguio and Dagupan and changed their faces forever.

The entire length of the Philippines's eastern coast is adjacent to the misnomer that is the Pacific Ocean, and all tropical storms that brew there have to pass by the country on their way to the Asian mainland as if following a pre-ordained, unseen path. It used to be that Bicol was the entry point, and Pangasinan was the exit, so we got acquainted with all the typhoons that ever came to pass.

It used to be, because the forces that have made typhoons stronger, more frequent, and much, much more water-logged, have also changed their course, being magnetized further north upon leaving so that Pangasinan is now usually bypassed. 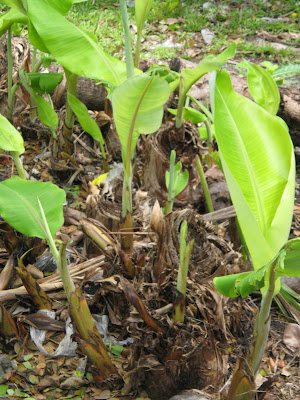 Katatagan ng loob is a trait that is now needed, not just acquired out of exposure. For we are not just exporting goods and fathers, but mothers as well. More mothers, now.

And storms have been brutal and fierce. It's just a relief that after that destructive quake in 1990 only damage-free tremors have come.

But with all the changes in the environment have come new diseases that can't be combatted by proper hygiene. Dengue is caused by natural tropical pests that are impossible to eradicate.

We had been told to remove the thick stalks of bananas as tall as coconut trees that served to delineate our yard from that of the neighbors' like a wall-high fence. I was sad to see them being slashed, but I chose to be assuaged by the fact that they harbored mosquitoes. After a week I came home to see my husband slashing the shoots that have sprouted from the base of the stalks, which were more than what were cut down.

And then Pedring came, and Manila Bay, swollen by high tide, breached the breakwaters and inundated our village.

A few days later, after all the detritus has been collected and only the stench is left to remind us that we had been underwater, I couldn't help but smile on noticing that banana shoots have mushroomed again, innumerable as ever.

They have given new meaning to the word matatag. It is not just the ability to withstand being put down. Cut down. Matatag is being able to rise up. And start again.

Related Posts
Instant Noodles is Nutritious?
Papaya Efflorescence
We Prevail
Posted by Kai at 8:59 AM

there is a lot more than meets the eye here. this post goes fairly deep into the filipino psyche. it is quite a study on the national character, the ability to rebuild, the acceptance that some calamity will again wipe everything out, soon. there is simply no escaping nature. but we still go on, as best we can. even far into some foreign lands.

Lou, I was actually wondering how we'll all fare, when nature really gets violent....