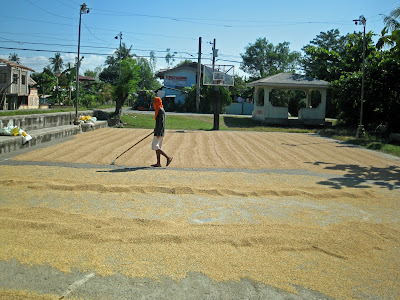 All roads lead to cemeteries today. As they have been leading from cities to provinces and towns for the last week.

It's All Saints' Day, though it's called Pista'y Inatey in Pangasinan, or pista ng patay, feast of the dead. It's one of three celebrated holidays in the Philippines, when people trek home to gather with kith and kin.

The holiday moniker is an irony, because it is much more a feast for the living than any other. People gathering together, then going to visit the dead where everybody else is, is more than a guarantee for a celebration of life.

And what is a more concrete evidence of the celebration of life than food? Where people are expected, food is bound to appear. Especially since it is post-harvest season, and people's pockets are padded with cash.

Pavements are full of drying paguey, palay - husked rice - at this time. Basketball courts, backyards, front yards, garages, and roads. Yes, roads, even provincial highways which are rendered one-lane only from 9AM til 4PM so the precious national staple could dry and be taken to the mills. 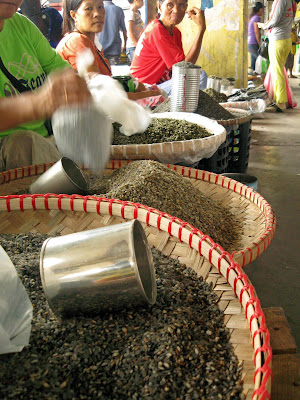 And so because we have to have sustenance for the living, I've been to the markets almost daily since coming home to Pangasinan. After maeuvering around the drying paguey on the roads, I came upon many bai selling many different-colored deremen side-by-side by the periphery of the public market.

The deremen were spread on bigao, and sold by the litse, or an empty can of condensed milk (roughly 300mL). There were grains black as soot, some pale as if washed, some bloated like they had been soaked in water.

I chanced upon a milagrosa, a stickier variety turned into deremen, very pale that I suspected it had been milled, not pounded in the traditional way in a lusong. It was more fragrant, though, and was more expensive than the other, blacker grains. 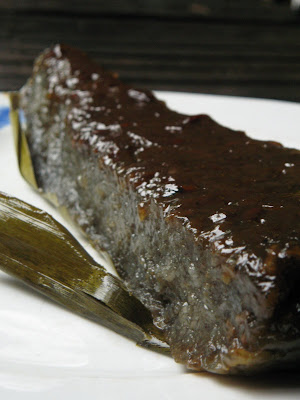 Inlubi, the rice pudding using deremen cooked in gata, was also being sold by the bai as well as in the kanen (kakanin) section of the market. Some were topped with latik, others mixed with slivers of buko. 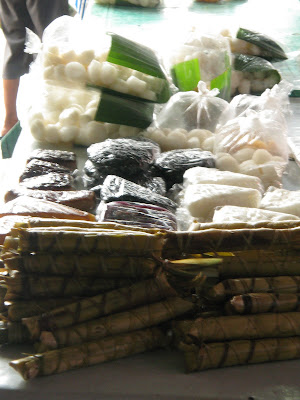 Perhaps owing to the slew of typhoons that recently hit Luzon, vegetable prices have skyrocketed. Fish and meat are actually cheaper by the kilo. And there were not a lot of choices, too. Only cabuey is in season, and bunga'y lakamas, which were horrendously priced that I chose to look the other way.

I indulged my sweet tooth instead, and bought Calasiao puto, and suman, inkaldit, and lots of soft, sticky, anise-flecked kulambo. 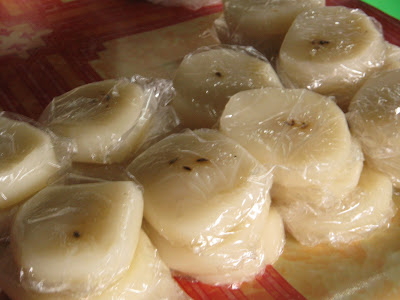 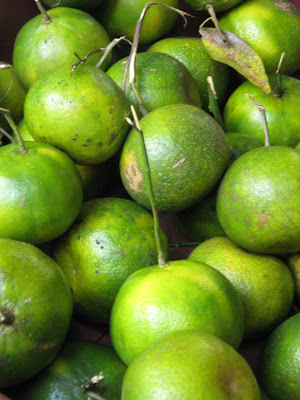 Laranghitas are in season, and although they were expensive at Php30-35 per kilo, I bought a ton to squeeze into juice.

Then there were a lot of seba (saba, bananas for cooking) selling for four pieces at Php5, and we actually had lots ripening from monil upon monil from backyard stalks. There was a lone vendor selling kamote at an off-season Php40 per kilo, which was frighteningly expensive because they sell for only Php10 during the summer. 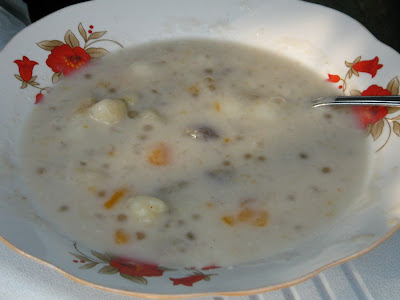 But I couldn't resist - the sweet potatoes on offer were of the sweet orange and violet varieties. With the seba, a pinch of anise seeds, small sago and powdered rice flour, I was set for a large kaldero of kineler even though there was no langka.

The kineler was flecked with orange and violet, soft and chunky and sweet, creamy with lots of gata. Perfect stomach filler before the visit to the cemetery. 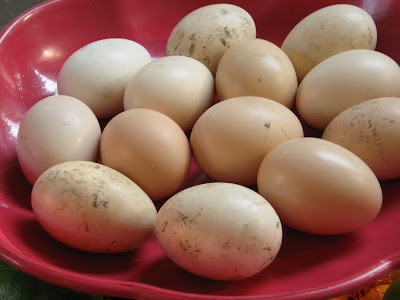 There was no trick or treating in my hometown, nor halloween decor on houses. Such is the deep respect for the dead, who are regarded as angels, not monsters. But the kids had more fun than they could have hoped for.

Right on the day we arrived, lola's pregnant sow gave birth to no less than a dozen piglets, and the kids witnessed this affirmation of life. Then they raided the nests of the native (free-range) chickens and came up with two dozen eggs. Not for eating, no, but for hatching, though I don't know how they'll manage. 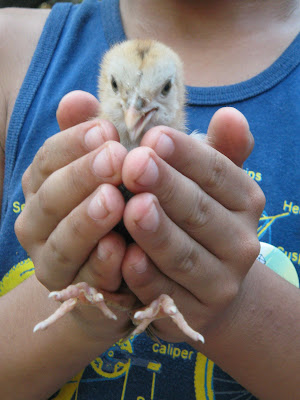 They chased chickens, too, and wanted to keep chicks as pets, teaching them how to swim by putting them in a tub of water. Such enthusiasm, and zest. I'm sure the beloved departed are smiling down on this feast of the living.

'forgot to mention Togue. This time last year I had it with honey...its good and much better tasting than dipped in sugar. Also had inlube, masekoy, impasyot and pinaes with coffee then followed by cold lakamas. I'm just wondering up to now why I didn't have tummy ache after eating those heavenly food. Maybe the god's of kakanens are looking after this guy from Calasiao...puto any one?.

this kind of writing deserves to be memorialized in book form. i will be first in line to buy the book that you will author.

I was wondering what kind of grain they were spreading on the roads... =) learned something new today.

Jun, OMG, I can't recall what impasyot is. By pinais you mean the cassava suman? Hahaha, yes you were monitored by the kakanen gods. Lakamas, good grief, you must have been very lucky indeed for not having constipation. But no lakamas this year.

Kai -- I miss deremen, inlubi, and kulambo in "dalem na tindaan." You have to give me a food tour or point me to places when I go back home. ~ Clar.