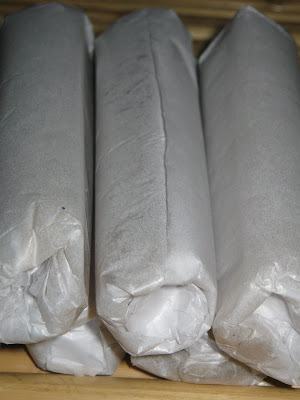 I had been slated to go to the Bacolod branch of the agency I work for, and I had looked forward to eating cansi in situ, and buying batwan, fresh napoleones, and a host of other special pastries. But there was a change of plan, and I was sent to Iloilo instead.

My department sends people around the country throughout the year, and work assignments usually take about a couple of weeks per location. However, my status as a mother, most especially with an infant, is mercifully taken into consideration. So I get the short ones.

As in really short. I had half a day in San Fernando City, Pampanga, and this time I had roughly 24 hours in Iloilo.

What could one do, and more importantly, eat, in a city in 24 hours?

Fortunately, the cities of San Fernando and Iloilo are not new to me. I had explored Pampanga. And I had been to Iloilo several times, via various means of transportation (plane, ferry, fastcraft), and from various places (Manila, Bacolod, Antique), either arriving in or departing from it.

So I had the time then to extensively explore the city, even going as far as UP Miag-ao. I was actually able to go around the entire Panay island, visiting all of the provinces and its capitals, with pre-electrified and pre-partified Boracay as the final destination.

Of course, being in a new or different place and exploring it entails partaking of local delicacies, too. So, again, been there, done that. So this time it was a matter of renewing my acquaintance with Ilonggo food, and probably looking at some new things that have come up between now and the last time I was there, which was almost a decade ago.

The question was, can I cram up all the region's offerings into 24 hours?

Well, the answer is, yes.

But it is a conditional yes. Literally, the must-eats cannot be eaten within 24 hours. But as I did in San Fernando, and what I had been doing for all of my traveling life (practically my entire lifetime), I took home more than half of my Iloilo food highlights.

And this was the last thing I bought that was included in my overweight luggage - baye-baye, a delicious kakanin that is an Ilonggo specialty.

But I did it on reverse - baye-baye is what actually first greets visitors to Iloilo, as kiosks of it line the provincial road in the municipality of Pavia, from the airport going into Iloilo City. 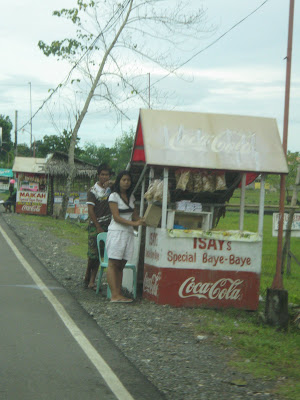 From the comments section of my post on lamud, an anonymous commenter from Bacolod (yes, that's you, YGC!) introduced a Bacolod special and ubiquitous kakanin, including the recipe, and it is - yes, it's baye-baye.

My colleagues in Iloilo told me baye-baye is a specialty of Pavia. Or maybe the translation was not exact and they probably meant Pavia makes the best baye-baye. I don't know if Bacolod or any other town in Negros could claim the origins of baye-baye. Anyhow, Negros Occidental and Iloilo share the same ethno-linguistic characteristics, and it would be easy to imagine baye-baye crossing the channel between the islands of Panay and Negros. 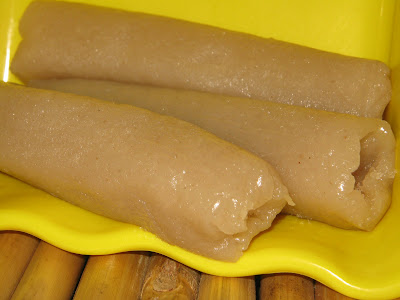 Questions on origins aside, baye-baye is a popular, handy kakanin to munch on. It is very much similar, in looks, taste and texture, to the Tagalog espasol that is a specialty of the province of Laguna. Baye-baye, though, is naked - no white powder coating - and softer (not as tightly-packed).

It is a roll made of toasted glutinous rice (malagkit, or pilit in the Hiligaynon language) that is ground, mixed with sugar (muscovado and brown) and coconuts, and pounded until well blended and sticky. My Iloilo hosts said they also like the corn variant.

In the lamud post all commenters agreed that making baye-baye is back-breaking work. But its price in Pavia does not seem to reflect the amount of labor making it entails. One pack of five pieces cost Php20, or Php4 each.

I bought five packs and gave Php100. The vendor said he put six packs in my plastic bag. I thought he was trying to sell me more so I took out the extra pack and tried to give it back, saying I'm only buying five. But it turned out he gave away one pack free. Which pushed the price even lower, to about Php3.33 per piece. If I had known then what is involved in making it I would have insisted on giving back the one free pack, so the vendor could make more money. 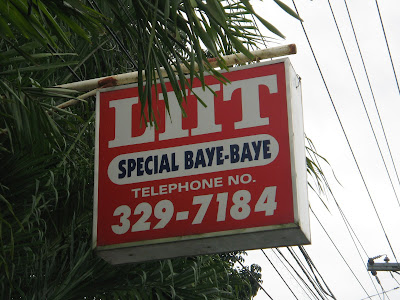 In all of Pavia and Iloilo, my office colleagues said the best baye-baye is made by Liit, in a house in front of the Pavia parish church (contact number in photo, area code is 6-33), along a municipal road perpendicular to the provincial road going to the airport (to the right, from Iloilo City). They sell all the baye-baye made for the day, so you are assured of freshly-made baye-baye, not the refrigerated remnants of yesterday's batch.

As I had a morning flight we dropped by Liit's at around 9AM, but the baye-baye was still being pounded, and a lot of boys were milling outside the gate waiting for packs to sell. I didn't wait, for fear of being left by my plane, so I instead bought at the first kiosk along the provincial road, where we were given samples. The colleague who took me to the airport said it was good, and newly made. It is by Dieg's Malones, cellphone number 09062255585.

Good you like it. That's what we have pag nasa hometown kami ng father ko tuwing all soul's day.

Tuwing all souls' day sa mga towns in Negros there's a craze to make baye-baye. It's part of the occasion na. Kaya if you travel on that day makikita mo mga tao nagsisilabasan ng kanilang mortar and pestle at nagbabayo. Baye-baye is is even offered sa mga kaluluwa - di ba we light candles and offer food sa mga yumaong loved ones natin?

There's another delicacy na na-mention sa article mo on batwan - kalamayhati, which is masarap din. In fact I like it better than baye-baye.

Pero masyadong mahirap syang gawin. It's made din from pilit, but you don't toast na the pilit at diretso na ipa-mill. Hinahalo ang powdered pilit sa gata at brown sugar and stirred for hours. You have to stir it para hindi mag-congeal, kaya nakakapagod.

It's highly perishable, and the packaging is not good for travelling, so it's restricted to the areas that produce the product, mainly Panay and Negros islands, that's probably why you've never heard about it.