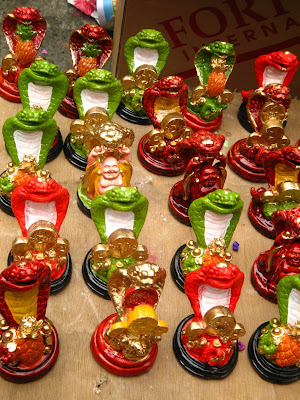 With the promise of buying some sports equipment as prizes for good behavior in school, I dragged my older kids to the oldest Chinatown in the world, again on the eve of the Chinese new year. 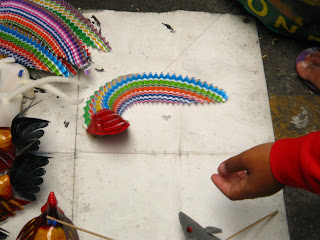 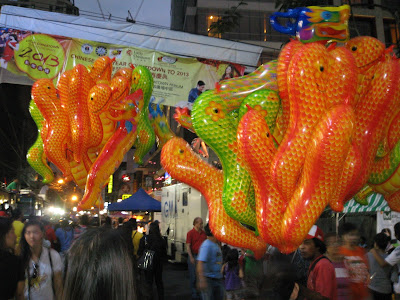 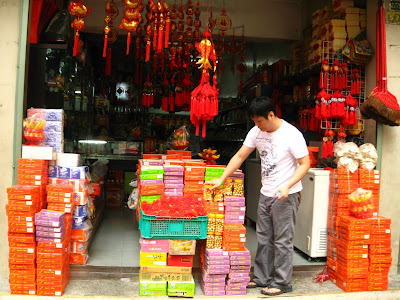 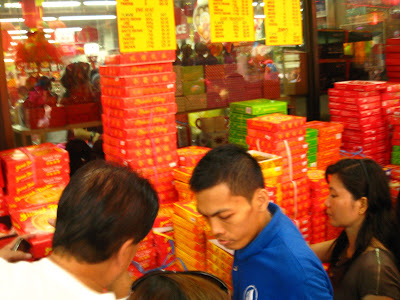 And then I was cursing under my breath, and wondering aloud why people should choose to buy hopia on that very same day that they knew lots of people would be flocking to Binondo, so that the lines snaked out and around the several Eng Bee Tin shops along Ongpin Street, and by the time we arrived at lunchtime the only flavors available were, to my extreme horror!, just mongo and ube. 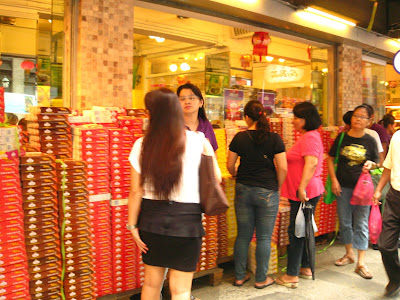 I was there to buy the new custard hopia, introduced last year, but of course there was not one piece left. I don't care much for Chinese tikoy, which lined shops' outer walls several boxes deep, so we were in danger of being empty-handed. Empty-stomached, more like.

Of course I conveniently forgot that I chose to be there on new year's eve, too, when I could have bought custard hopia just the day before, or the weekend before. Hopia is available Mondays to Saturdays, year-round, after all. To confirm my greatest fear, EBT staff said other hopia flavors would be available come Monday, two days after. 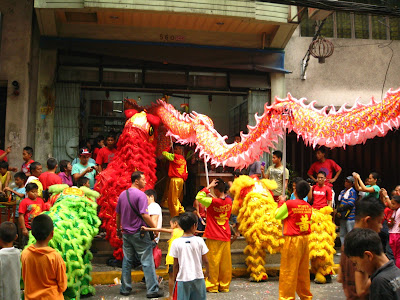 I am in Divisoria, and Ongpin, several times a year, but the vibe during new year's eve is just incomparable. I can walk by myself along the entire narrow stretch of alley that is Ongpin Street any day, poking into shops left and right, but on new year's eve I walk with throngs in the middle of the road to the beat of drums and in sync with dancing dragons and lions. There is the danger of being sideswept by cars or the tail of a horse dragging a kalesa - I can't understand why they can't close the street to vehicular traffic even for just one day in a year - but I rely on Chinese superstition and belief in karma to get me through to my several destinations unscathed. 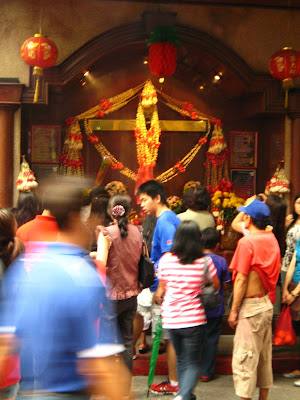 Roughly at midpoint along Ongpin, by a small alley and at the outer wall of a building, is this enshrined crucifix, with laminated posters on each side with the prayer before lighting a candle. That was for Catholics, or even Christians, who happened to pass by, I suppose. 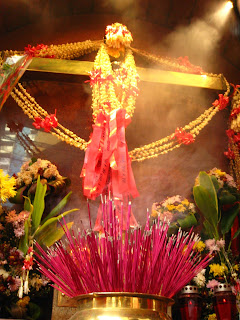 But the funny thing was, up close I saw hundreds of smoking incense sticks at the base of the crucifix. When I crossed to the other side of the alley I noted people - Chinese, physically - were lighting these sticks and bowing down several times, like they would in a Chinese Buddhist temple. 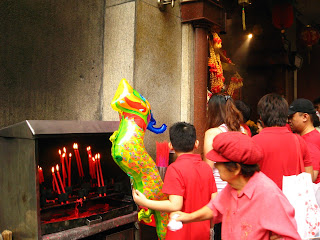 To the side, a little away from the cross, was the space for lighting candles. For the Catholics. How this happened would be a very interesting tale to listen to, but at that moment I didn't have anyone to ask, though I noticed that several cultural tour groups happened to pass by and it looked like it was one of their destinations, but I didn't see the guides.

I seem to recall that this crucifix holds some major import, though I can't recall from where or when I got that. I think this was a landing site of our colonizers, thus the cross. I may be wrong, but I can't seem to find anything on the internet about this as of this time. 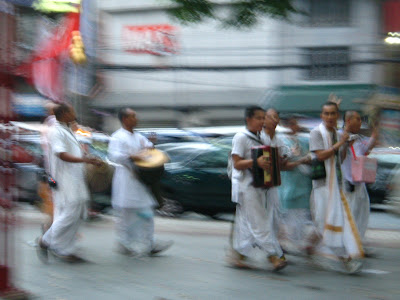 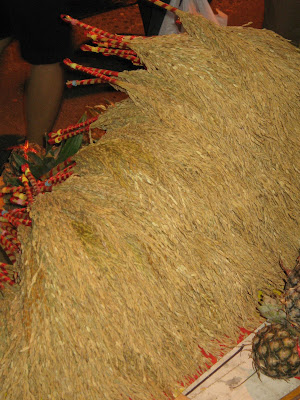 The charms being peddled street-side were the same as last year, with the exception of this miniature walis-tambo look-alike, made with palay sheaves, the husked rice still attached. 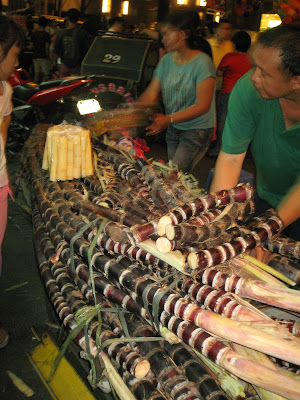 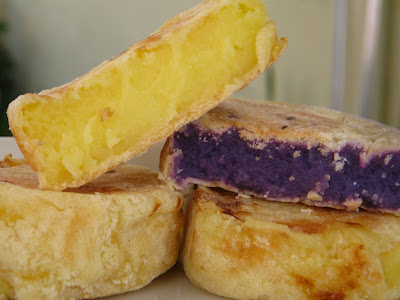 We did get our hands on some custard at the end. And I mean, literally at the end. We started from Quentin Paredes Street, at the tail end of Ongpin Street by the Binondo Church, and walked the entire length of Ongpin all the way out to Plaza Sta. Cruz. Just inside the welcome arch from Sta. Cruz is a favorite restaurant of mine, where we had dinner, and across it is an EBT branch. It appeared to be not as visited as the other branches, for it had more hopia flavors, including the custards kept in the chillers.

The custards come in classic and ube, the filling totally devoid of kamote but filled with light, eggy sweetness. 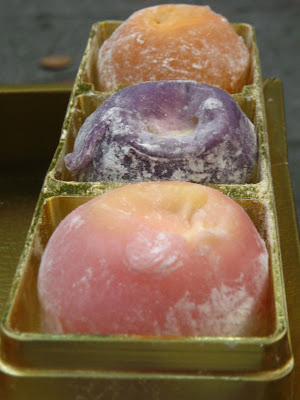 They had the latest product, too, the Mochi Kreme. Mochi in strawberry, ube and queso flavors with sweetened cream deep in the heart of their kamote filling. They are kept frozen, and are recommended to be eaten frozen. 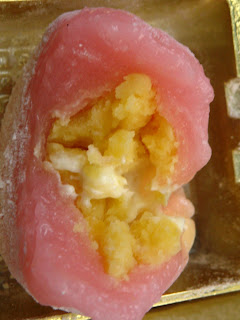 We were full from surveying the menus of two restaurants in half a day, so it was after a while when we felt we could eat and fully savor the mochi. They were already warm to the touch, and the cream had melted, but they were still a joy to eat, the cream inside the filling unexpected but very welcome.

We were told by the EBT staff that we could refreeze the balls, so we ate just one of the two packs in the box the mochis are sold in, and put the other pack in the freezer when we got home. The next day, we took it out, and understood why they are frozen.

The glutinous rice went from ordinary sticky to chewy, makunat, fighting with each bite. It struggled, but gave way to stickiness still, and then on to the softness of the kamote filling. The silky frozen cream is a reward for all the patience and perseverance. Three grades of tactility, all in one small bite.