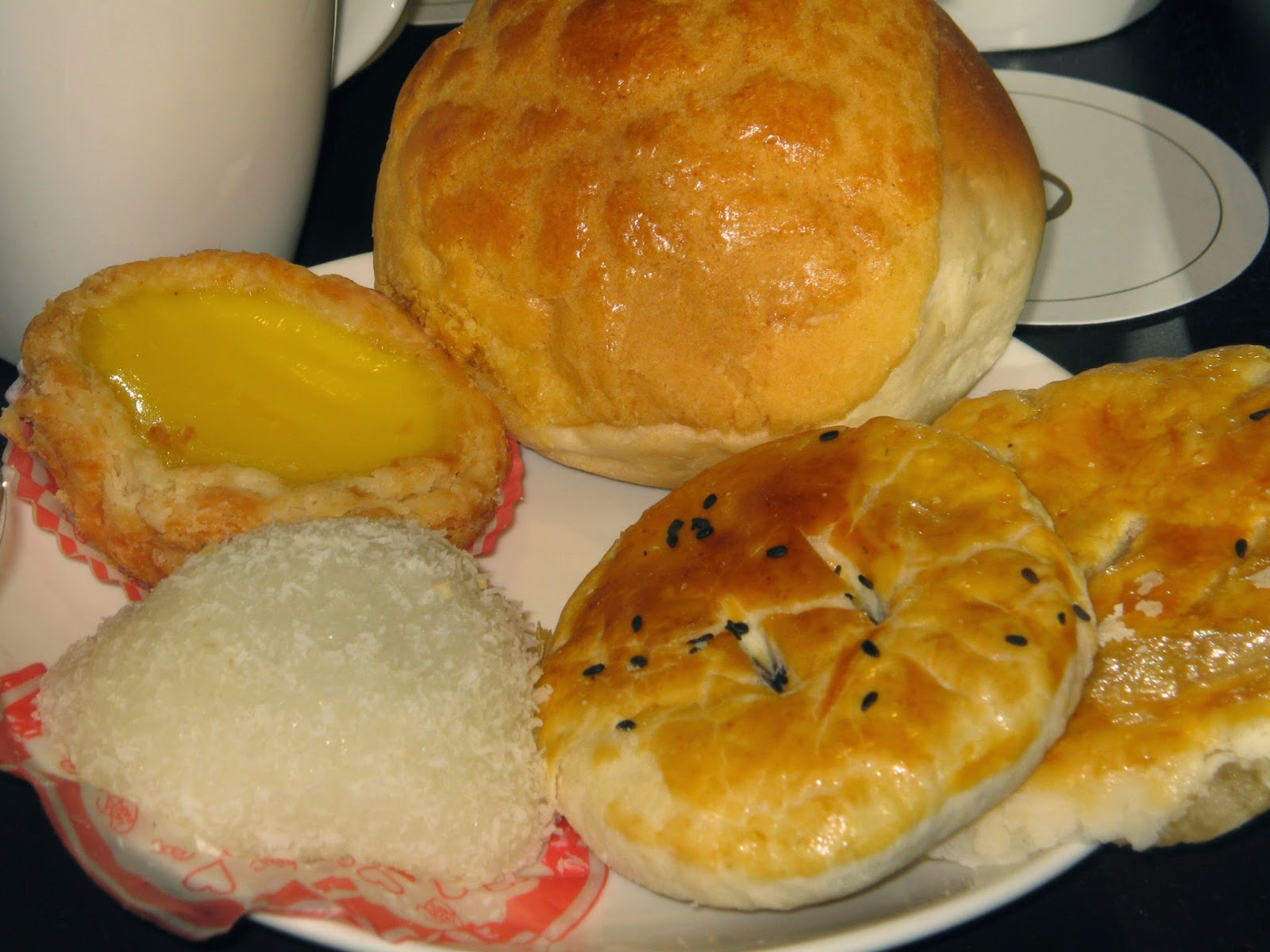 Because the dried seafood market of Sheung Wan opens late and closes early, my three-day early morning strolls, before I headed to the hotel cafe for breakfast, had been limited to the "normal" market stalls. By normal I mean the usual market produce, and nothing of the dried kind that Sheung Wan is famous for.


It was a liability that my hotel featured free buffet breakfast, and when I arrive at my training venue there was free breakfast as well, with even a mid-morning snack after an hour. Which meant I couldn't eat much else before breakfast, which was a pity because the pastries being sold around Sheung Wan were all so very good.

Photo above shows some of those pastries, including the much-touted pineapple bun, top center. The coconut flakes-covered mochi was soft and not so sweet, while the sesame-flecked disc was properly flaky. The bigger hopia-like bread had a wintermelon filling that was so sticky it reminded me of kulambo, and eating it was like eating mochipia or hoptik. Maybe they're one and the same. 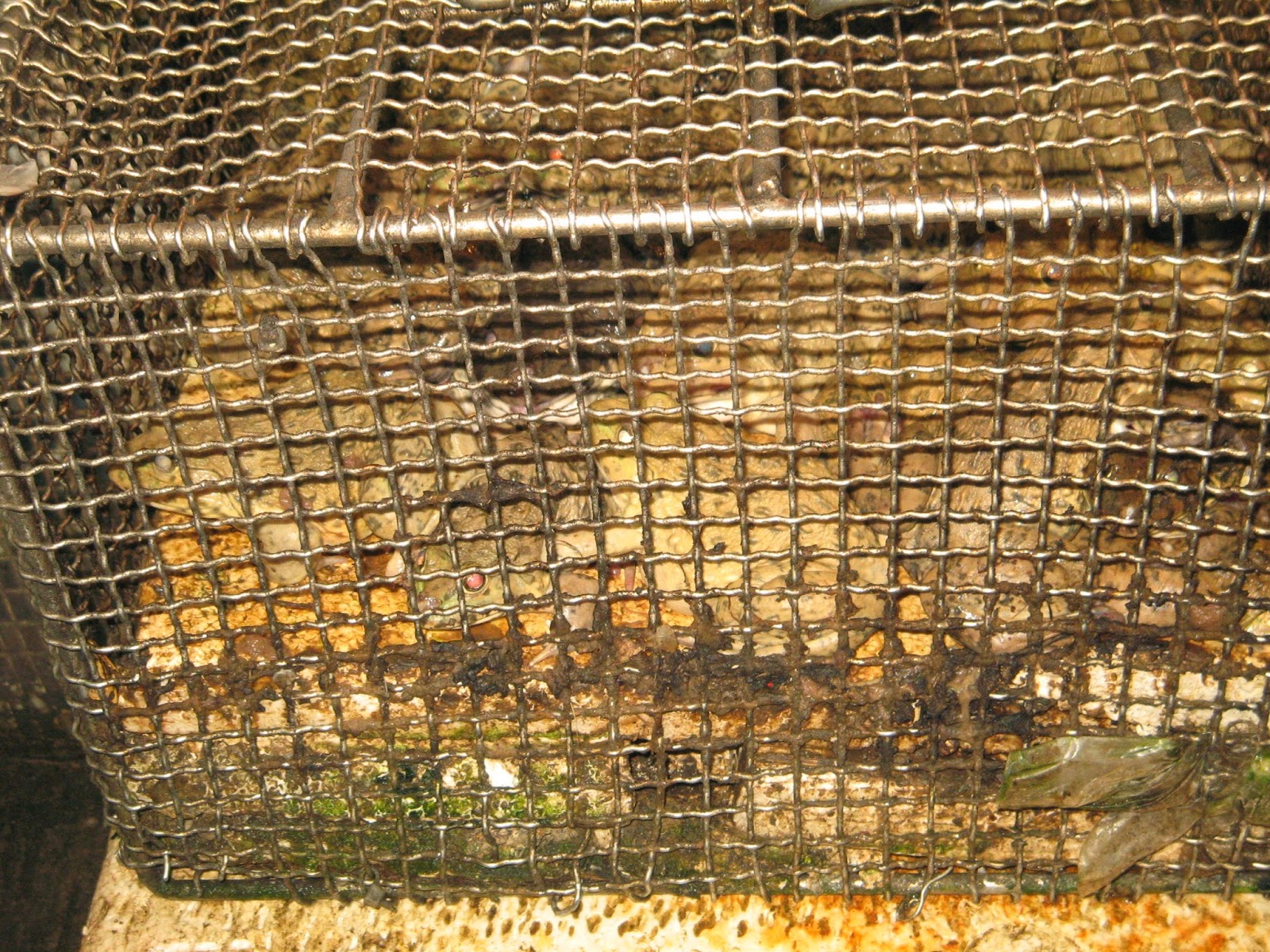 I couldn't get a proper photo of these creatures, but the outline of their shapes is enough clue what they are. I didn't find anything skinned, so maybe the Chinese preferred to prepare them themselves, unlike in Pangasinan where they are sold in the market already skinned, gutted and skewered on barbecue sticks. 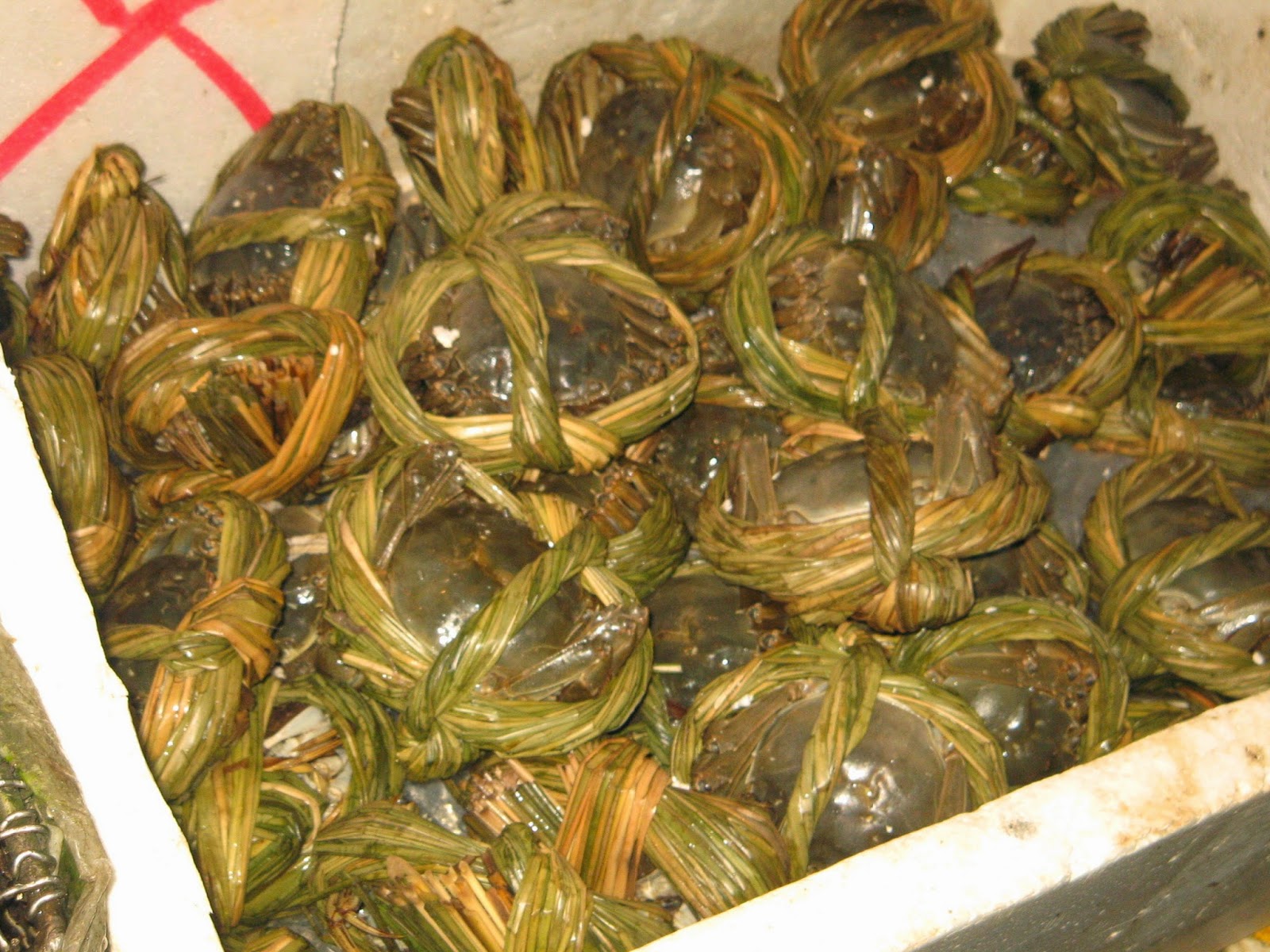 Live crabs in leaf straitjackets, a bit OC and overrated for me, being used to crabs crawling all over the place in Philipppine markets. 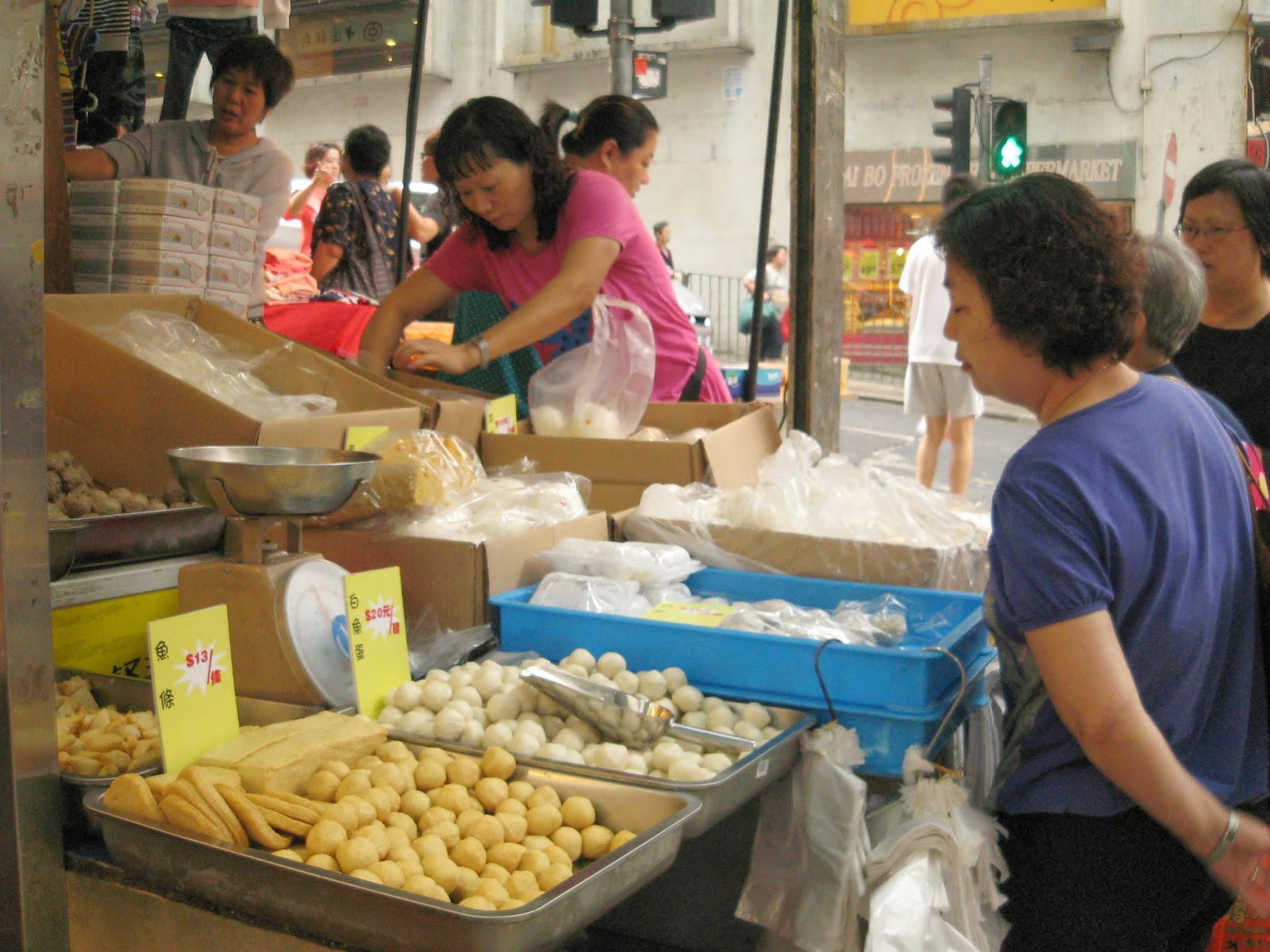 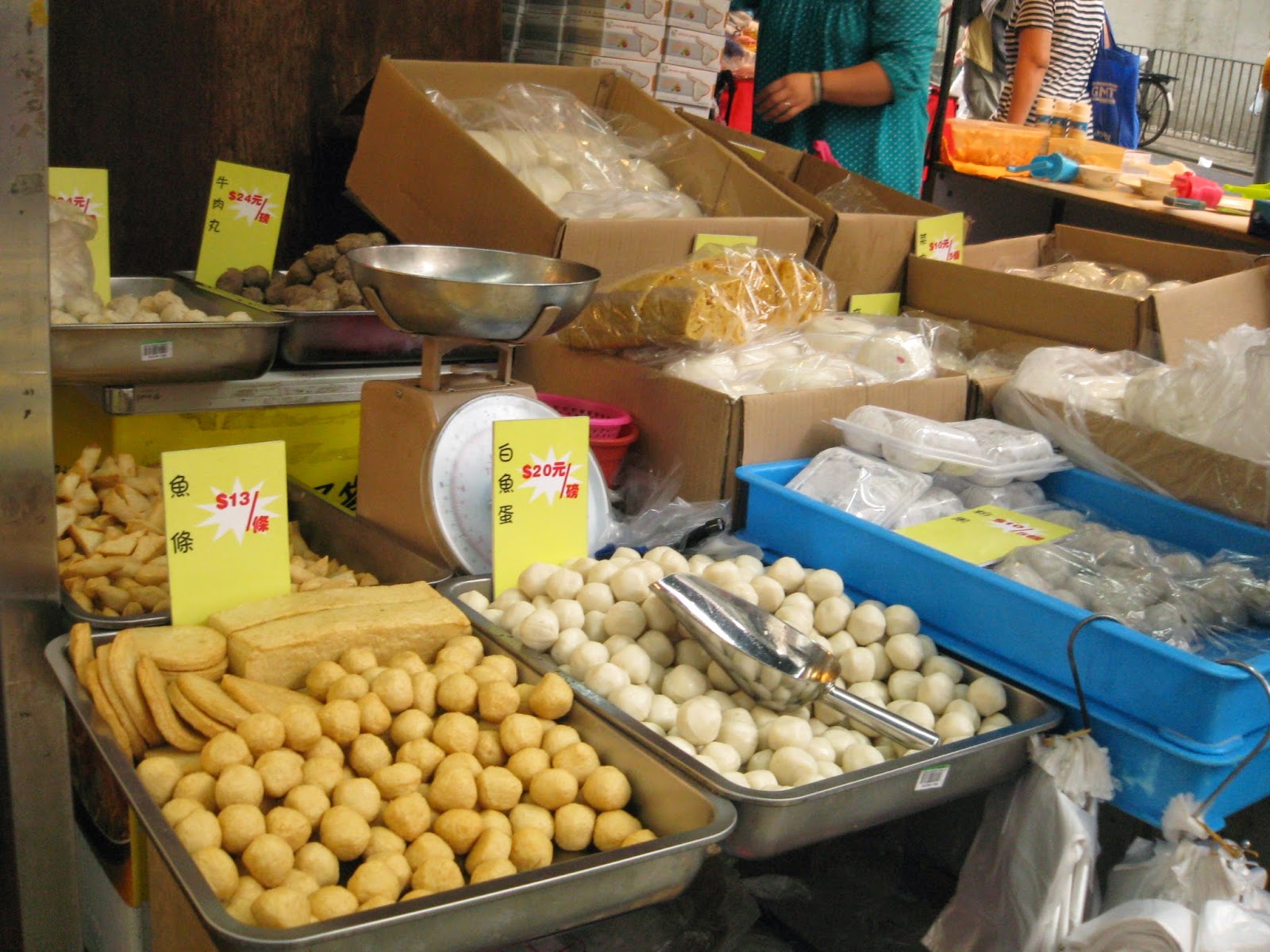 Elderly ladies always crowded around this stall selling all kinds of balls. I didn't know what kind they were - I had once bought and eaten tortoise balls in Tsim Shat Sui - but I bought some of each kind, and they were some of the best balls I have had, braised in soup, or noodle soup, or stir-fried with noodles. 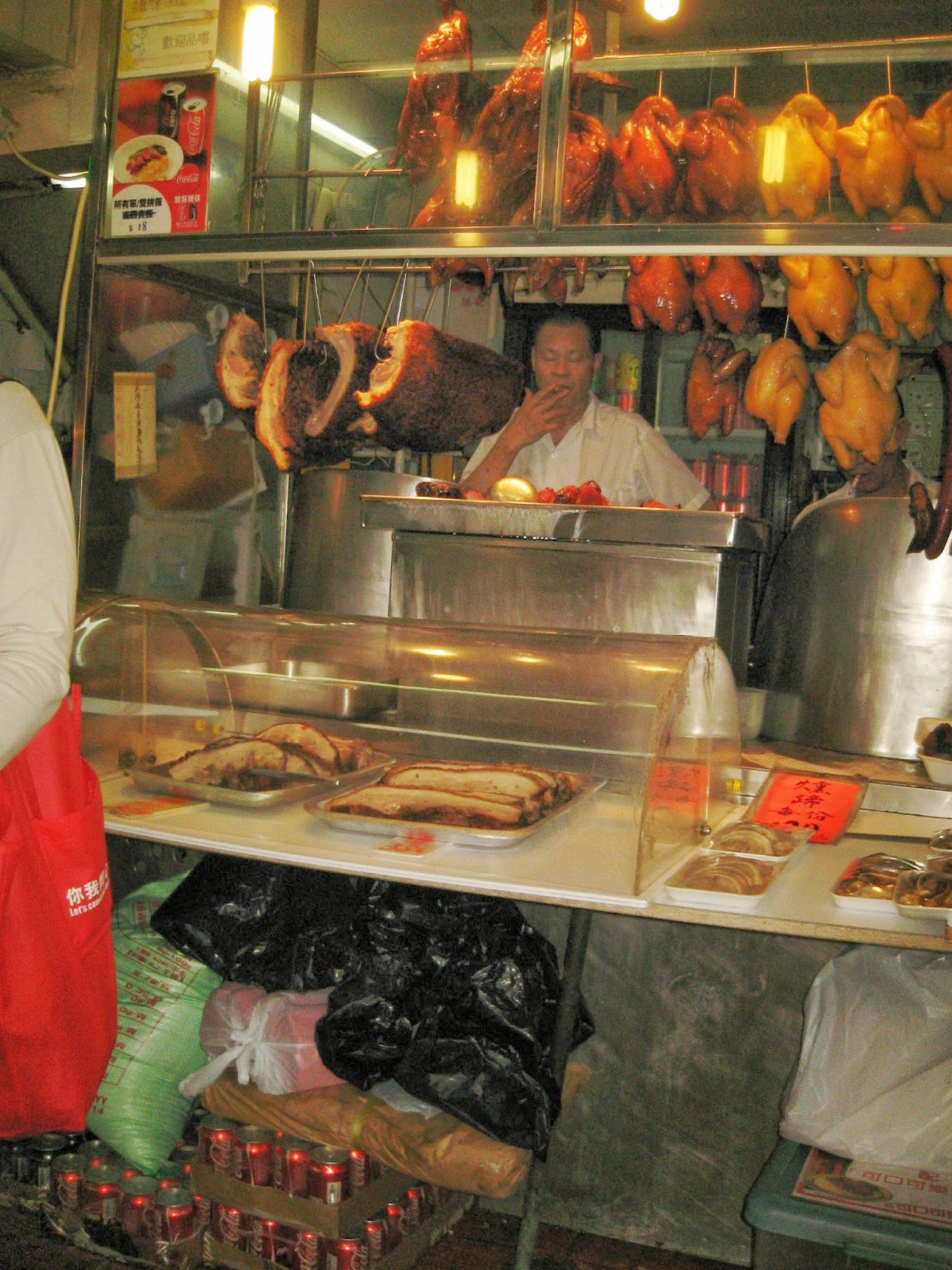 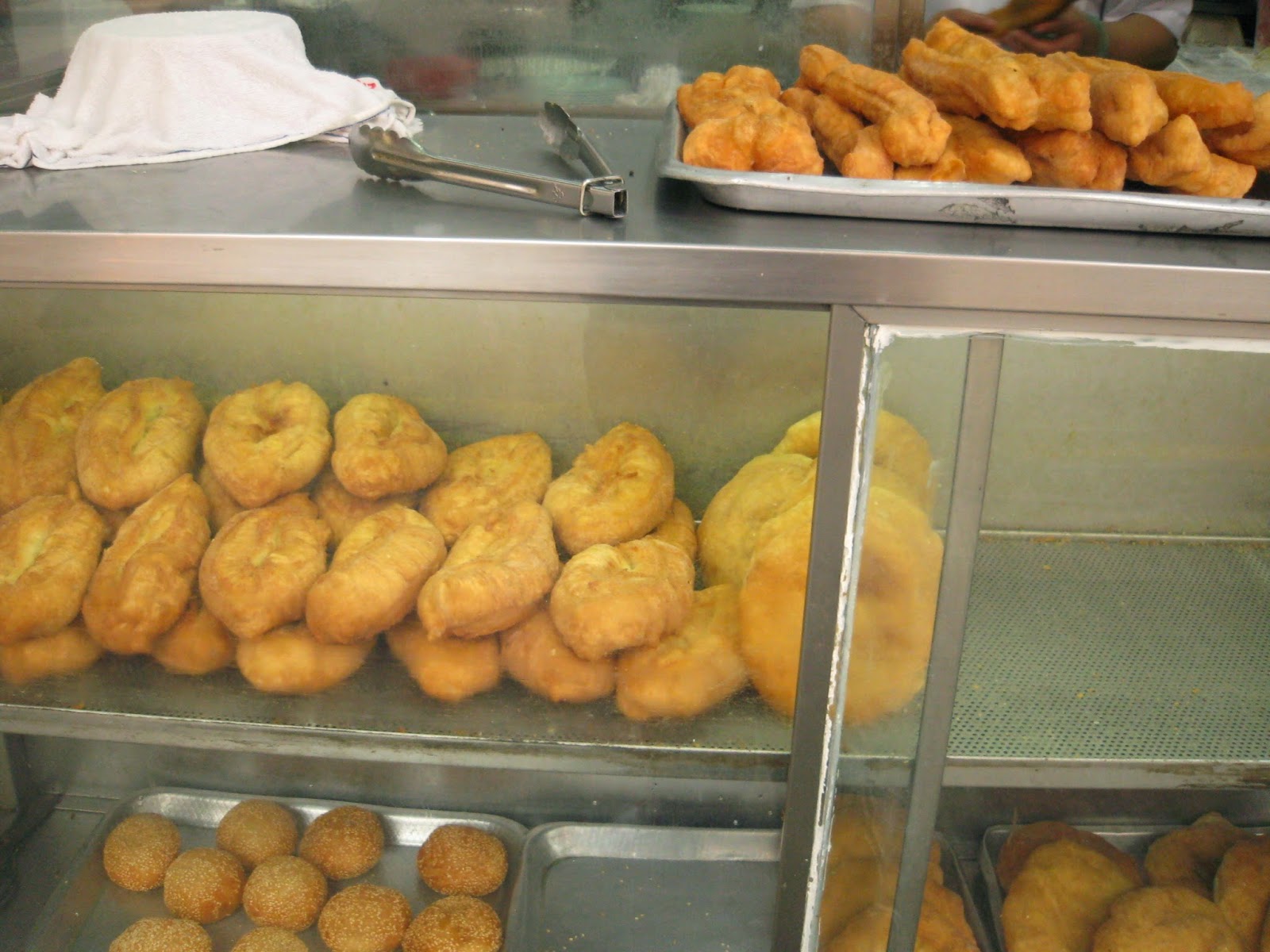 Chinese crullers, called youtiao, the fried Chinese doughnut, in various shapes sold in many stores around Sheung Wan. I thought youtiao was similar to bitso-bitso, a popular afternoon street snack sold in the Philippines, also fried but sweet and rolled in sugar. 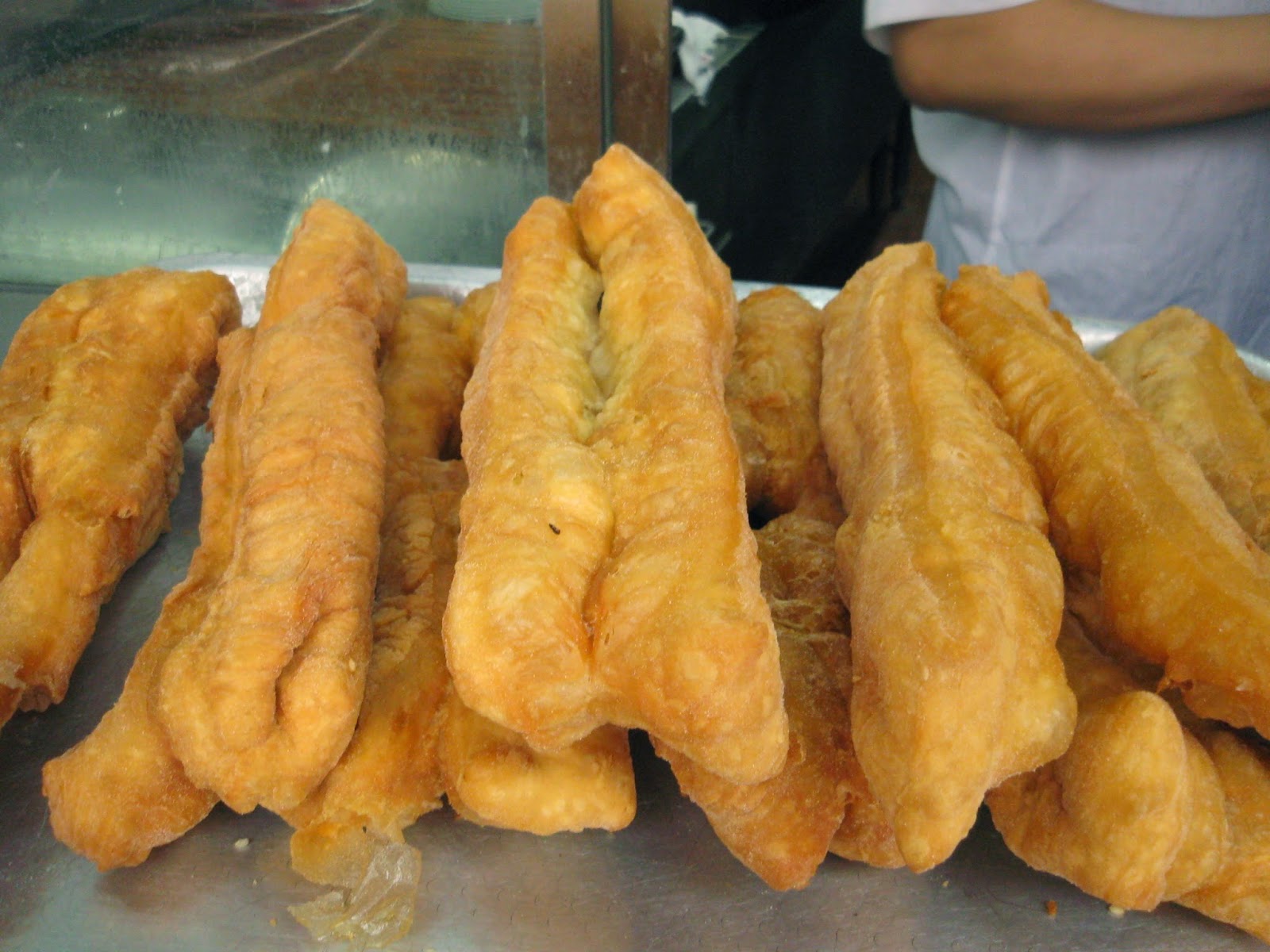 So when I bought and ate a piece of youtiao, expecting it to be sweet as well, I was shocked by the saltiness of it. Turns out this cruller is eaten with something else in Hong Kong and China, usually for breakfast with soy milk or congee, or sliced and mixed with a meat dish. I sampled it stir-fried with beef later in my trip at Lin Heung Kui. 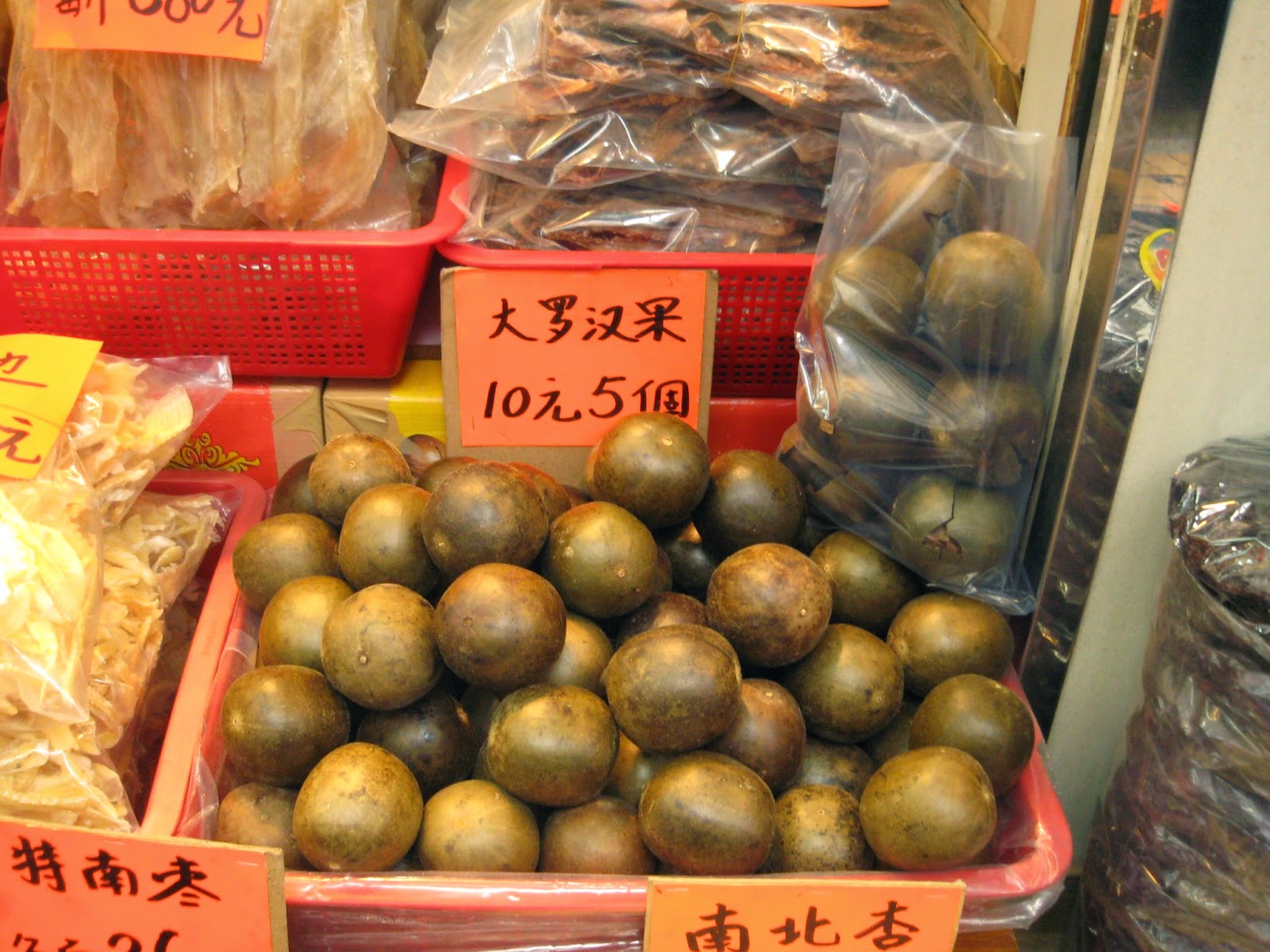 It was the cold season, so there was not that good variety of fruits available. 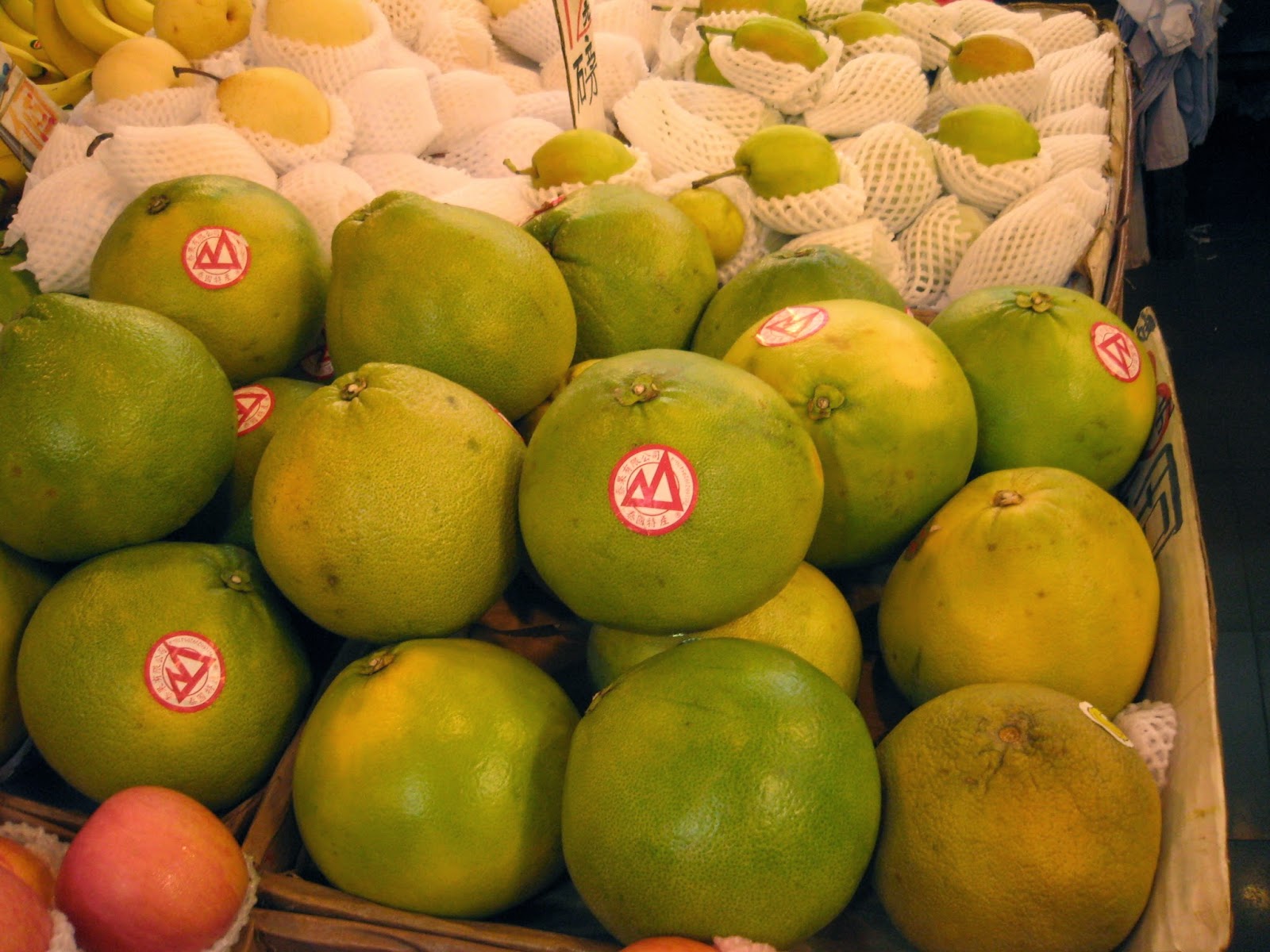 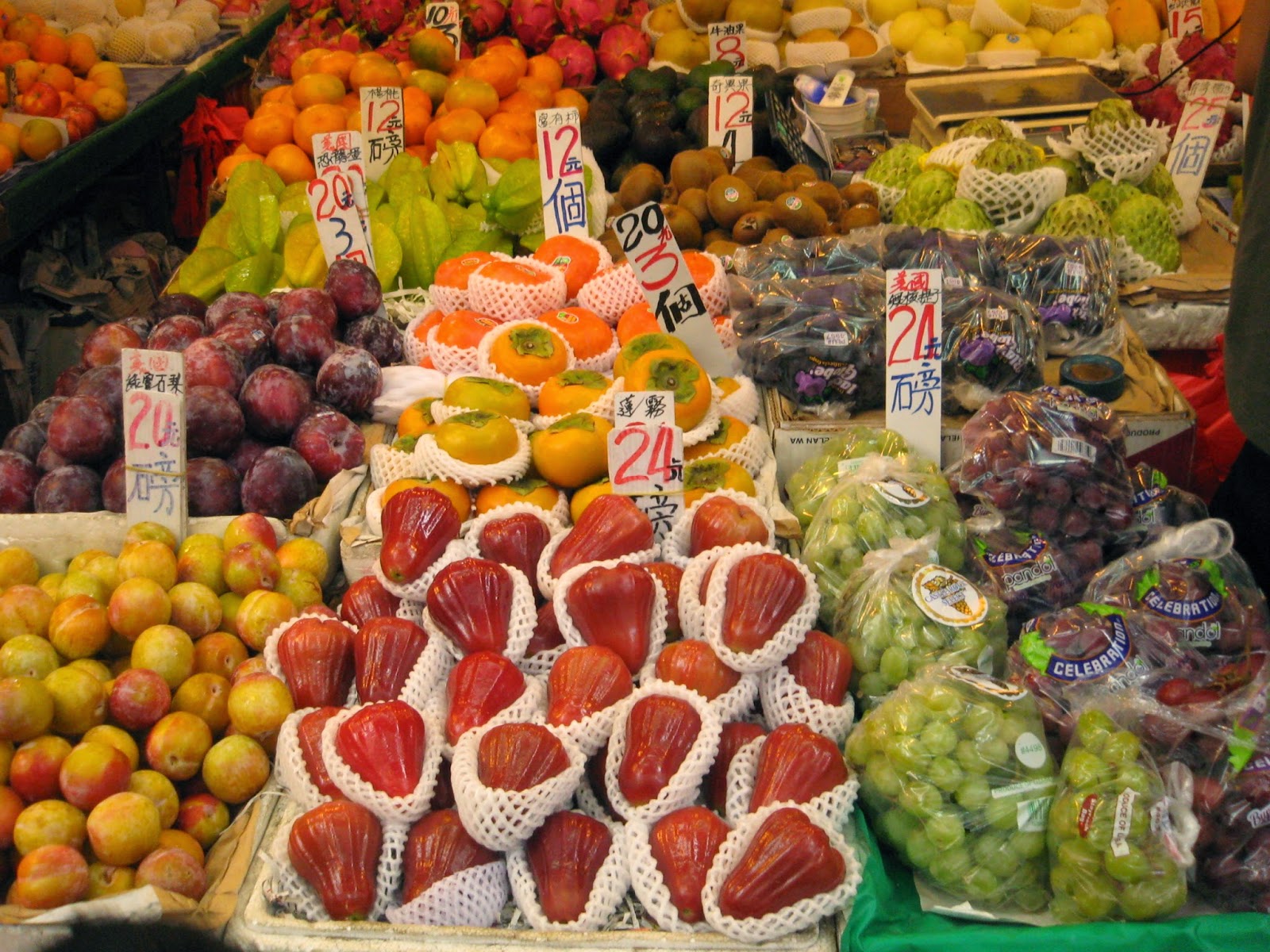 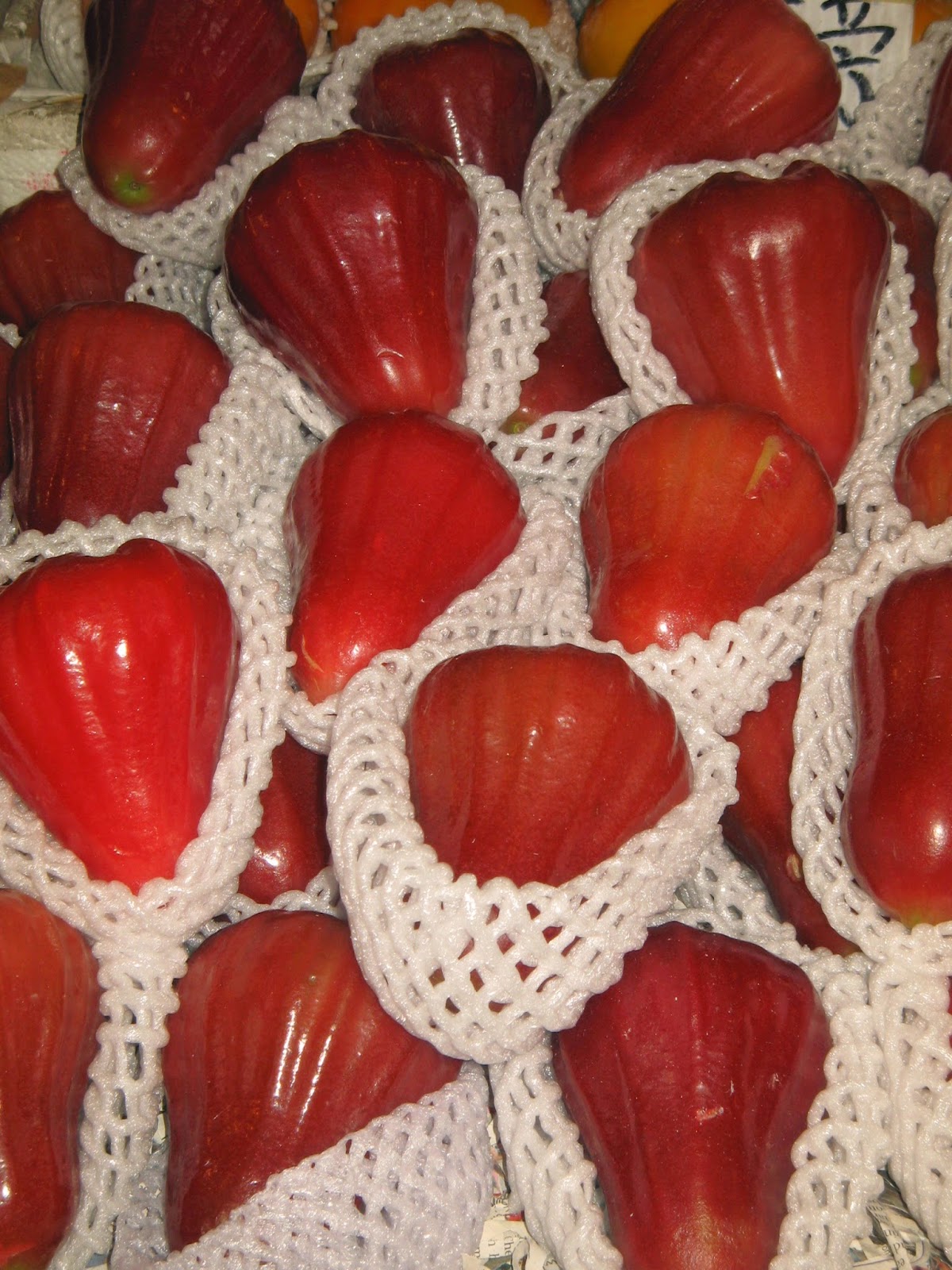 Makopas so much larger than the Philippine varieties 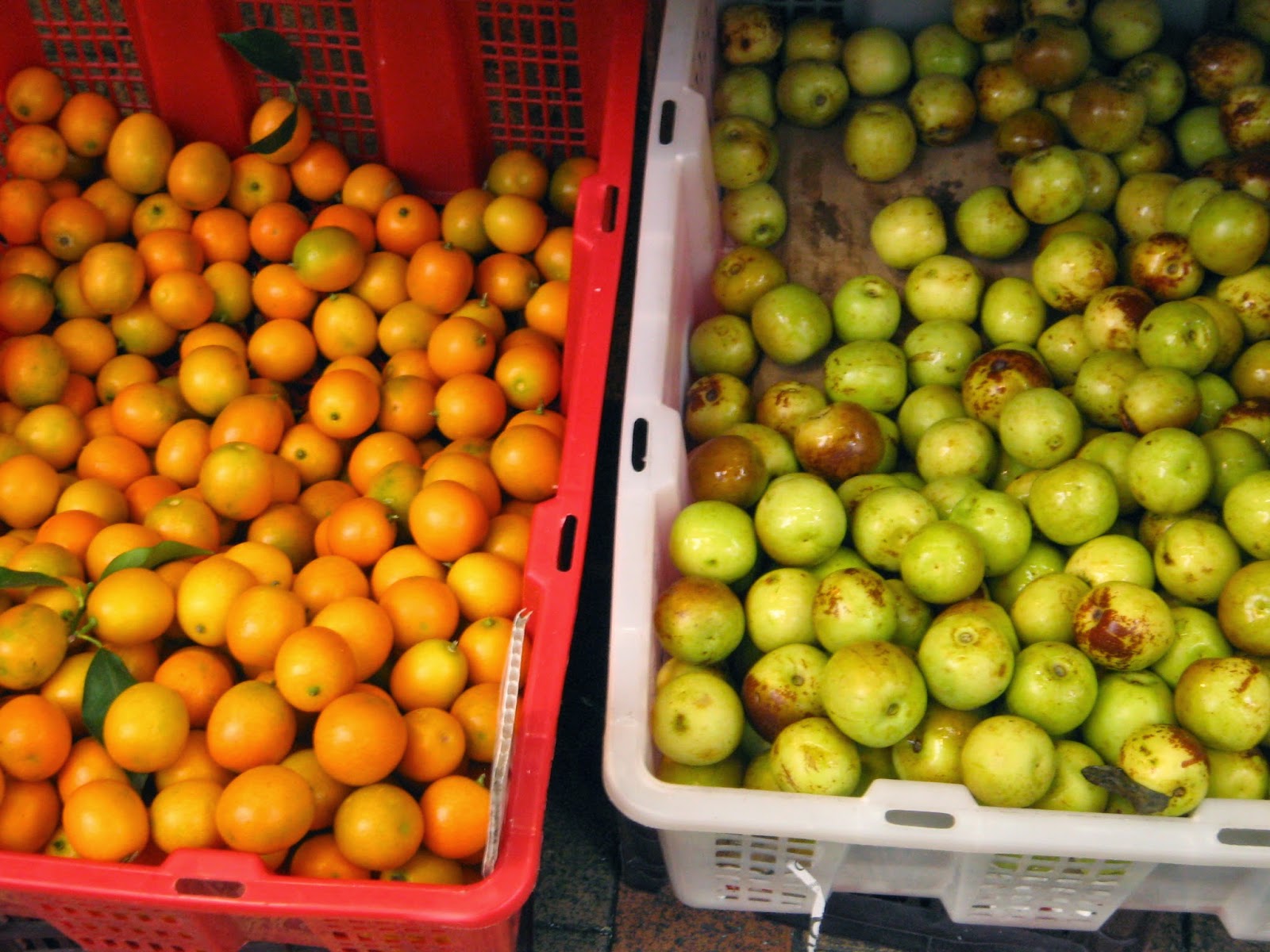 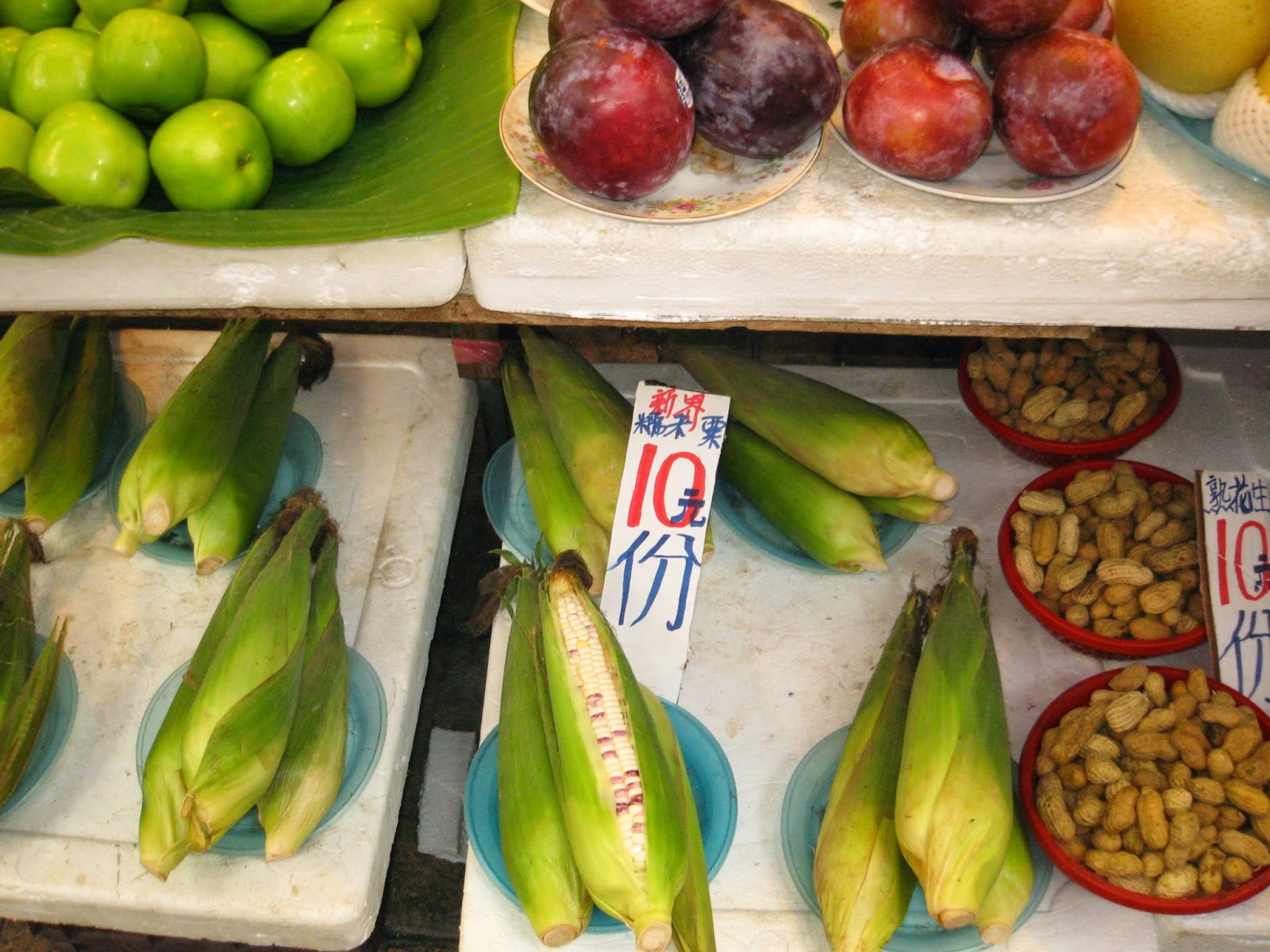 I once bought a few cobs of corn like this, tri-colored - it had kernels in white, violet and yellow - at SM supermarket. When they were boiled it took forever to soften them. By the end of two hours they were still hard as rocks so we threw them away. I don't know if this is the same variety, but I won't be persuaded into buying a tri-colored corn again. 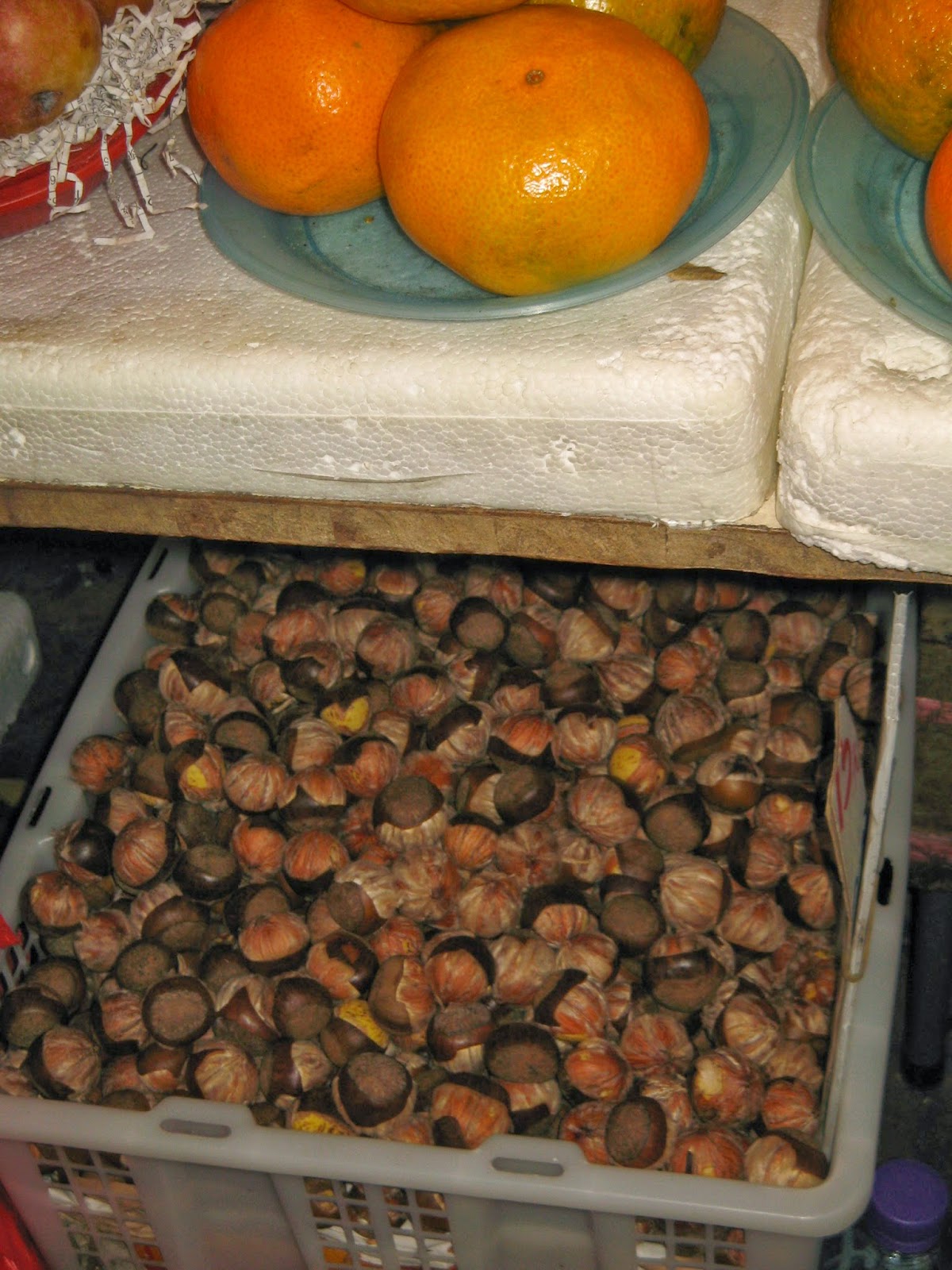 Water chestnuts? Water chestnuts are one of my all-time favorite school snacks, boiled, bought at the back of the grade 5 school building of my public elementary school and sold by enterprising residents of the houses around the school. My classmates and I bought plastic bags of it, still warm from boiling, and before we could eat them we skinned them first, using our teeth to scrape the skin off. 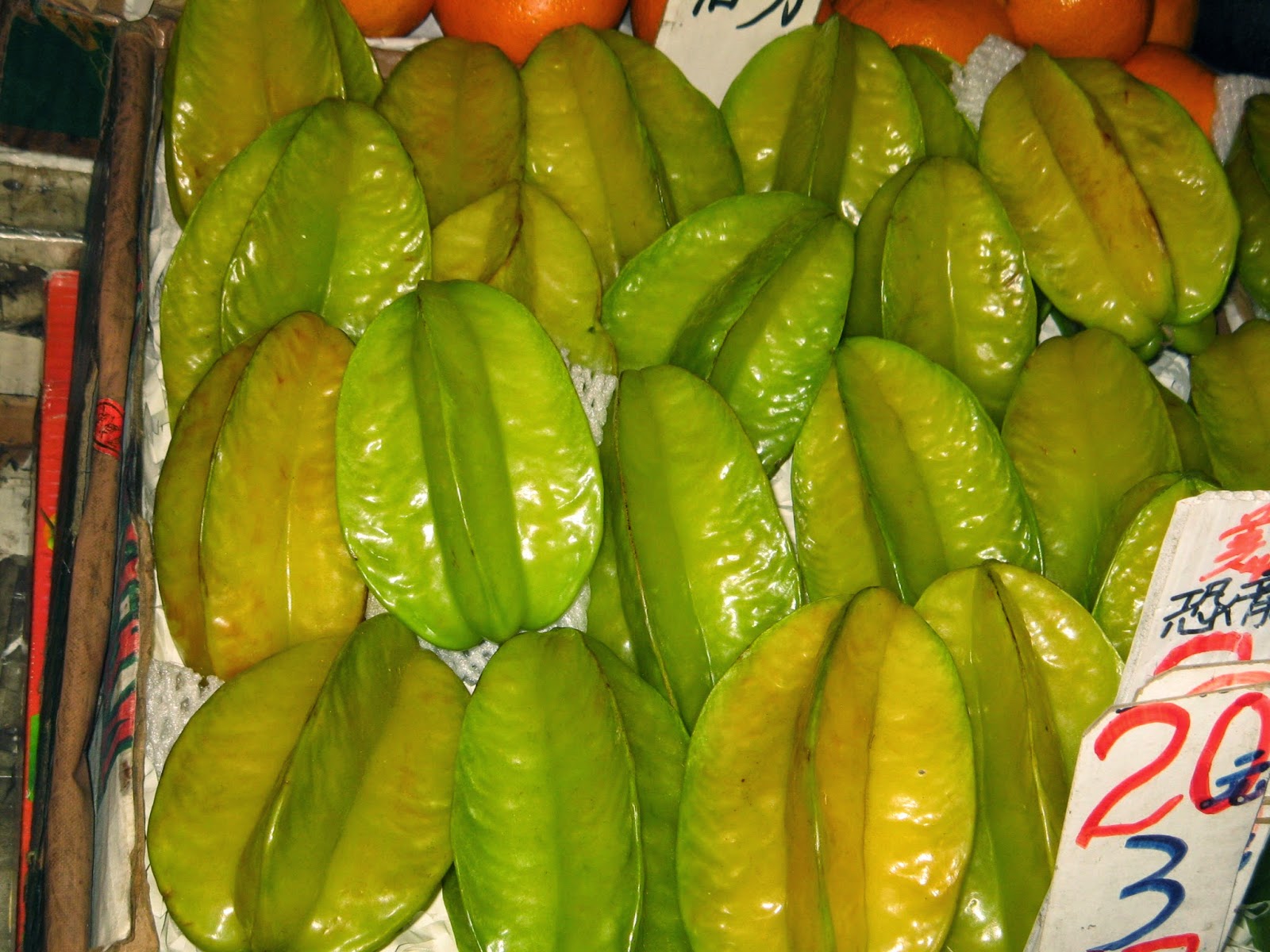 Balimbing,or starfruit or carambola. Maybe this was imported from one  of the countries in Southeast Asia. 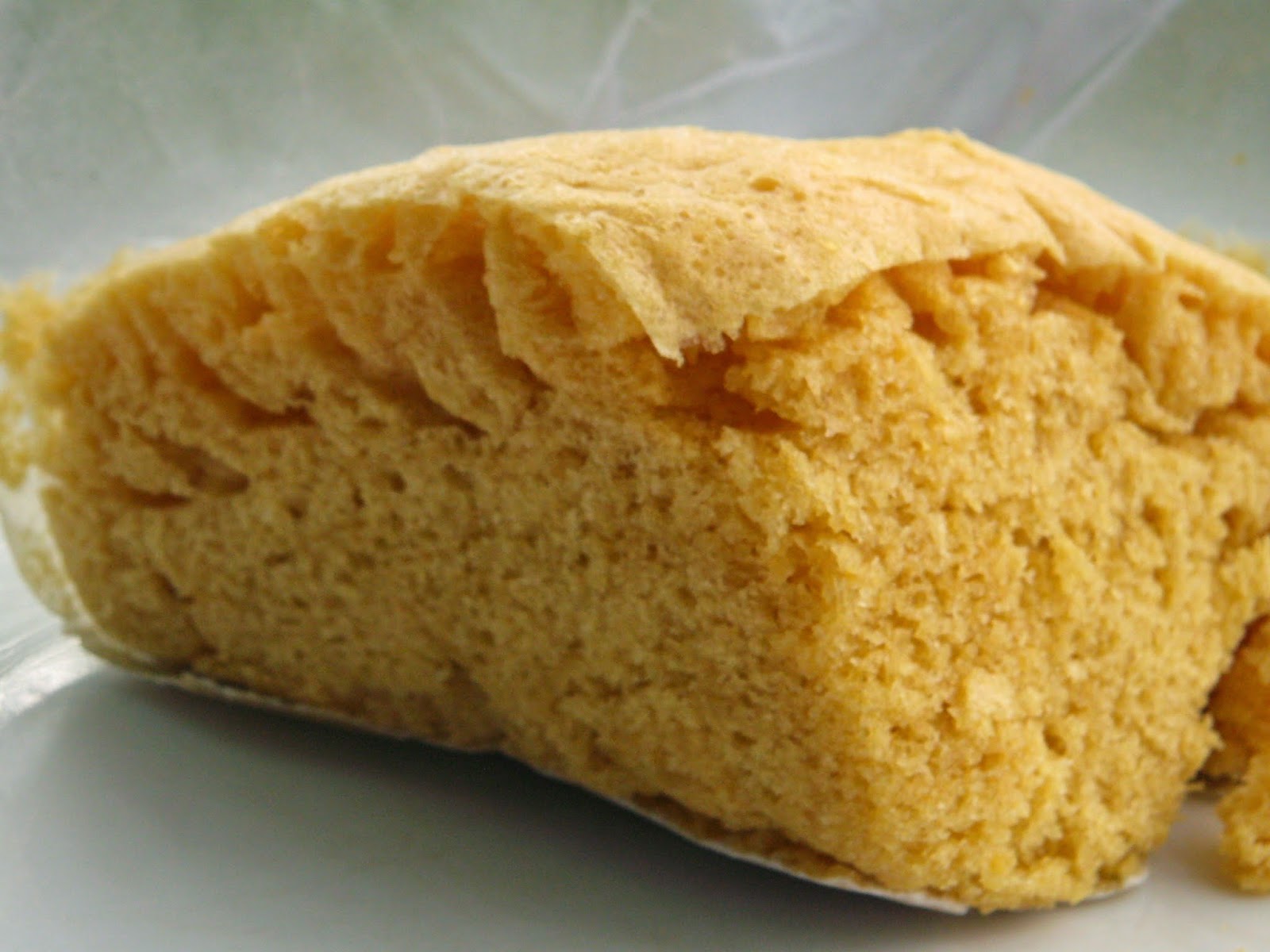 Email ThisBlogThis!Share to TwitterShare to FacebookShare to Pinterest
Labels: exotica, from around the world, tindaan (palengke/public market)


Hello Kai, glad you are enjoying your HK sojourn, I am planning to pass by HK from Shanghai and I want to check out the factory where they make Champoy my all time favorite snack. I got my daughter hooked on it and the ones we buy here are made in Taiwan, expensive and not that good. If you can find out where it is located, I'll be most grateful. Thanks in advance and be safe.

Sorry, Flipster, no leads on a champoy factory in Hong Kong. Just the candies being sold in market stalls. :-(