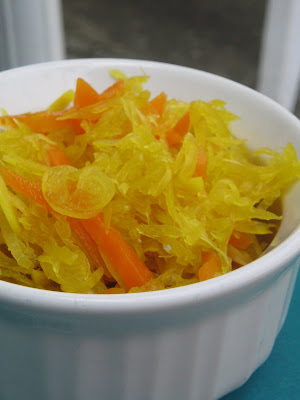 The last quarter of the year up to the first two months of the new year is what my husband calls "peak season" in the family. Besides the festive Christmas season, all of us celebrate our birthdays during this time, our hometown fiesta falls in January, there’s the much-hyped Valentine’s Day, and we also head up to the mountains for a large-scale annual reunion in February.

At home, there’s a party each for the ladies’ club, the street association, the entire neighborhood association, the kids’ ballet class, taekwondo, swimming class, and all other groups you could think of, maybe even the pet owners’ club if there was one, categorized into birds, dogs, cats, rodents and all manner of animal persuasion.

And weddings. Weddings abound this time of the year. Including renewal of wedding vows, which is getting to be a fad where I live that I’m starting to feel dread that I have to be next.

Baptisms, too, a natural offshoot of weddings past.

And I don’t know why, but at the office the giving of Christmas gifts became an extinct tradition, replaced by the hosting of lunch. Sometimes breakfast and lunch. And most of the staff are only doing it now. So on the second week of January we are being treated to lunch every other day as a late Christmas gift from everyone else.

So normally during this time I am afflicted with eating fatigue. Eating-meat-fatigue, to be exact. And perhaps a little bit of eating-sweets-fatigue. And eating-the-same-things-over-fatigue, as well.

Admittedly, it is a very serious affliction to succumb to. But it persists, year after year, because parties always feature meat. And they are invariably cooked the same way – lechon, roast beef with mushroom sauce, chicken roll, pork barbecue, and all the sauced variants – mechado, menudo, kaldereta, pininyahan, sweet and sour. Add to that spaghetti bolognese and carbonara. And baked macaroni, all staples in parties for both kids and adults.

Since this happens year after year I’ve developed a strategy to avoid the affliction. I go from the salad bar straight to the dessert section, totally skipping the main dishes table. I’ll get a bowl of soup if it looks promising. And since parties are usually scheduled during lunchtime or late afternoons I forego dinner, relying on a piece of fruit to last me til breakfast.

But you know what, this year salad bars weren’t popular. Probably because of the belt-tightening being practiced around, party hosts decided to skimp on the greens to be able to serve decent main courses.

So there was no table to skip, because there was only one table. Desserts were skimped on, too, making do with a bar of brownie or butterscotch.

Forced to eat the main dishes (it’s a party, I’d be an ungracious attendee if I stood in a corner with my mouth shut all evening), I relied on the timeless Filipino means to counter all suya – eating with atsara, or pickled green papaya relish, on the side.

During fiestas and other grand occasions in the provinces, where it is usual to kill one big hog and cook all the parts in several dishes (which come to taste all alike, anyway), usually no vegetable dish is served. There might be chopsuey, but this would be flavored with pork fat and pork liver that it doesn’t taste any different from the meat dishes.

But there would be atsara, made with green papaya, without fail.

The function atsara plays in any eating binge is mightily important, and should not be underestimated. Its sweet and sour properties enhances the taste of any grilled or fried meat.

The same also refreshes the palate, cleansing away the richness of the previously eaten dish, enabling it to appreciate the other things on offer at the table. So it serves both as a flavor enhancer – appetizer – and, like a sorbet served in-between courses, as a refreshing interlude.

So in parties a saucer of atsara is ever-present, while a pinch of it always accompanies individual plates in food outlets serving grilled food. Because it is the only vegetable, and because I usually eat more vegetable than meat in any meal, the amount of atsara served is puny for me.

While others regard atsara as just a garnish that is not necessarily eaten, I could finish that entire saucer of it. In restaurants I ask for extra, and get those that are forked to the edge of any companion’s plate.

It’s been my saving grace all this time. Since it’s easy to make atsara, maybe I should be toting a bottle of it to parties, sneaking in a tablespoonful or two from my clutch bag when the host isn’t looking.

And since it’s quite economical, too - at the Cavite market last weekend papayas were going at Php15 a kilo – now I’m thinking I should probably be bringing bottles of atsara as a gift to the host.

I know papaya is a laxative, so it actually helps flush away all the excesses characteristically shoveled in during parties. But ever since I wrote about finding luyang dilaw (turmeric) in Cavite and somebody commented that turmeric powder is used to dye atsara yellow, I’ve been having dinilawang atsara. 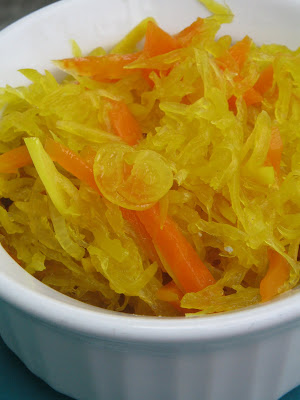 But I’ve gone beyond just hue – I use the rhizome itself, along with ginger, julienned like all the other vegetables in the mix. Because dilaw is believed to aid in digestion and helps in the absorption of food, I’m hoping that it further fortifies my atsara.

It is a very ideal accompaniment with turmeric’s anti-inflammatory property, so you can eat those grilled meats with the charred edges. And with those fatty lechons – turmeric supposedly lowers cholesterol levels, so skipping the hot dishes table hasn’t entered my mind for quite a while.

The papaya should be young and freshly picked. When a shallow cut is made on the skin with your fingernail, white sap should immediately ooze out.

Halve the green papaya, scoop out the seeds, then scrape the surface with the edge of a spoon. Grate the flesh, sprinkle with rock salt and mix. Set aside for thirty minutes or so.

Meanwhile, dissolve sugar in vinegar, then pour in a non-reactive casserole (I use a kaldero). Mix in all the vegetables except the grated papaya, add salt and pepper, cover, and let boil without lifting the lid or stirring, for five minutes. Turn off the fire, and adjust the sugar or salt or pepper according to taste.

Squeeze out the juices from the grated papaya. Pour the vinegar mixture and mix to incorporate. Let cool, then spoon into bottles, covering tightly and keeping them in the ref. Best eaten after a day and onwards. Keep refrigerated.

Note: I did not specify amounts as it varies according one’s preference. Ideally, the other vegetables should all be half of the amount of the grated papaya, and the liquid ingredients should just barely moisten the entire mixture, though others, like me, prefer the atsara to be swimming in vinegar.

I received a homemade bottle of atsara over the holidays, with the exact same ingredients you list. It does truly add to enjoyment of the meal, and not just for bbq, which was how I thought of it.

I give out bottles of atsara as presents, too. I even have a sugar-free version for a suki, who's diabetic and always requesting a bottle of atsara. So I use Equal in liue of sugar, and use of lots dilaw.

At parties they also give out atsara as party favors. So when an atsara is particularly good I praise it effusively. Invariably, a bottle or two would find its way to my bag as I am heading out the door. ;-)

Wala'y apayas diya but I'm just being lazy, hehehe. Not sure how immigration works. Hey, I remember almost all homes have their "atsara" versions.

Syempre, pasikatan na atsara, hehehe. Pista lad sikatayo natan, nabuas so koronasyon, though I'm not sure whether it's a beauty pageant or a "money contest." Missing the food, igado especially.

Yes I think anything cooked could pass through, as long as it is canned. We've tried sending even buro, canned and tightly sealed, and it went through.

Impanunot mo so igado Kai, grabe, masamit tan ya twa. I even tried ed dalem na tindaan nen saman, several times. We have it here but not as good as in Malasiqui. Lol, still "money contest" with Miss Malasiqui? ~ Clar.