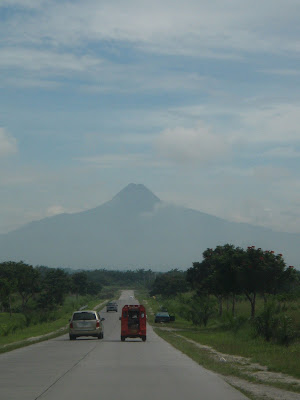 I had heard about the roads in southern Mindanao, and the airport, and the infrastructure being developed there. I had heard the projects were funded by foreign agencies.

Actually being in Sarangani and South Cotabato was an altogether different experience, so far removed from mere hearsay. Yes, the highways were the widest, the smoothest even though they weren't coated with asphalt, and no speck of a rut can be observed anywhere.

It was the most colorful of all road trips one can ever have in the Philippines. The trees were deep green, the ornamental flowers lining the road had such intense colors it was like the rain had just stopped a few seconds ago. It was electrical. Every, single hue had a depth I hadn't seen anywhere, even during summer inter-country road travels across Europe and inter-state drives in the United States.

It was then that I understood how rich this land is. And maybe, I could glean a little of the reasons why people have been fighting over it for centuries. 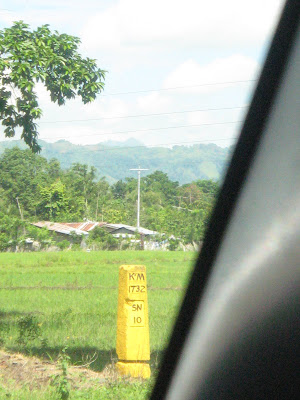 We were driving from General Santos City to Koronadal City, the former in Sarangani, and the latter our destination in South Cotabato, the two southernmost provinces in Southern Mindanao.

Upon arriving at the heart of South Cotabato, the kilometer post indicating we had traveled 1,732 kilometers made my heart palpitate with glee. Though I didn't know where KM Post 0 is for Mindanao, and I still can't find it out (I'm sure it isn't in Manila), it grounded me to where I was.

The farthest I have traveled in Luzon was 646 kilometers, which was the kilometer post marking the end of Sorsogon and the Bicol region, after which is the sea and farther on, after a ferry ride, was the island of Samar in the Visayas region. 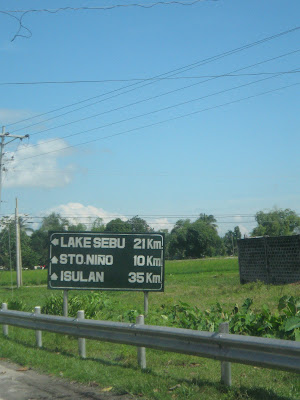 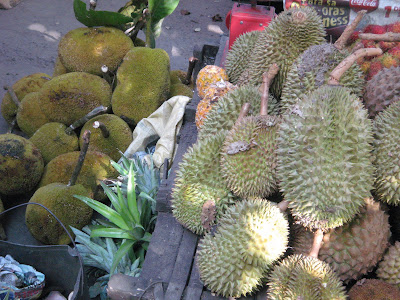 Backtracking a bit, the second town out of GenSan is Tupi, in South Cotabato. Tupi is fruit country. Lining the highway are vast fields planted with rows of pineapples, and stalls sit side by side selling fruits too exotic for someone from Luzon - marang, durian, mangosteen. 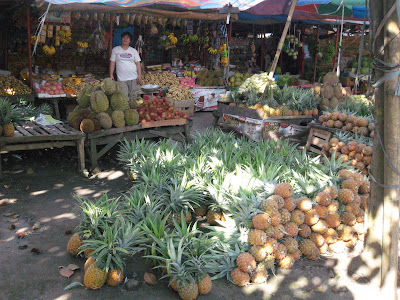 Pineapples were sunshine orange, not the pale lemon-yellow I'm used to. There was this code for this kind of pineapple, written on a cardboard which I took a photo of but the sun got in the way that I couldn't decipher it. Tupi pineapple plantations yield different varieties, but this special variety was unbelievably sweet, with no hint of sourness, and don't leave the tongue like it had been scoured with steel wool. 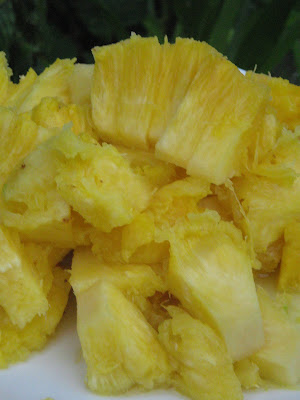 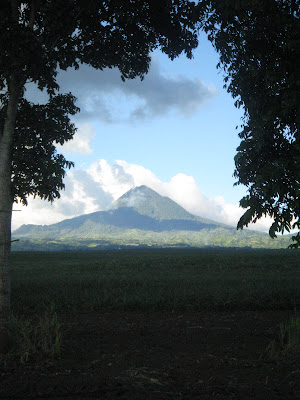 I think the active volcano in the area, Mt. Matutum, had a lot to do with all the abundance and fertility of the lands. Here it is framed by gemelina trees with a pineapple plantation in the foreground. 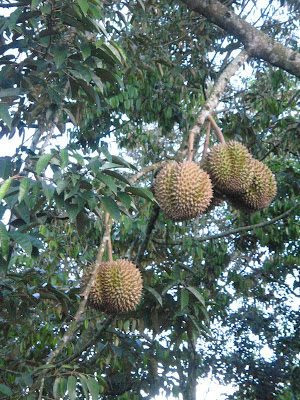 At the town of Polomolok there was Durian Garden Atbp., a combination of garden, orchard and mini zoo in one. It was worth visiting for an on-hand glimpse of durian on the tree. We were told that people are not allowed to go around the premises at night, for durian fruits have a propensity for falling in the dark, and one fruit landing on one's head can be fatal. 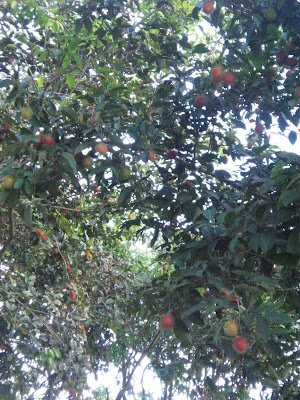 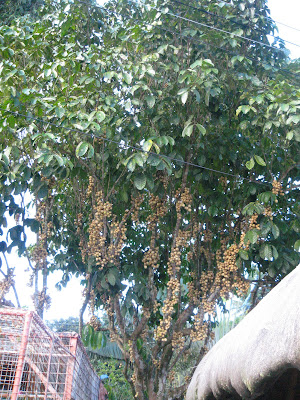 ...and lanzones crowding over branches of the tree. 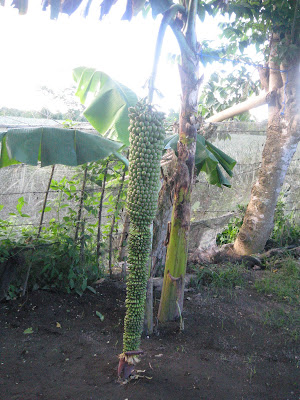 The most prolific banana heart in all of Mindanao. Maybe in all of the country. A bit phallic, don't you think? 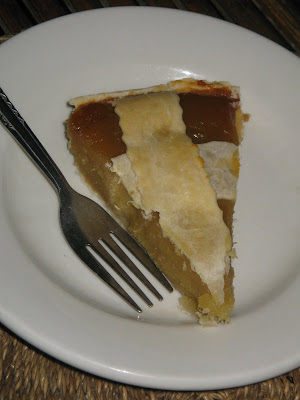 There was a small restaurant by the front of the property, where one can have a slice of durian pie, or buy a box of whole pie for pasalubong. There was also durian bar, and durian popsicle, and durian ice cream, and other durian products one can think of. Bottled jams of those exotic fruits are also on sale, as well as other food products from the area. Short orders are available, including nilagpang, but I was quite content with the popsicle.