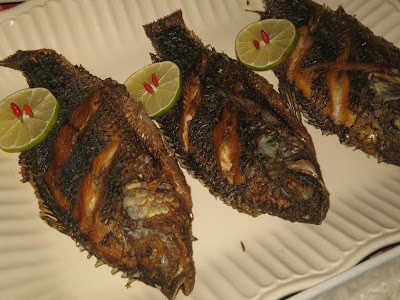 Here is a glimpse of how people in Sarangani celebrate. I had lunch at the General Santos City branch of our office, and while we watched Mommy D being interviewed on local TV, we feasted on tilapia.

Yes, that's right. Tilapia, humongous tilapia, as massive as a platter. I checked to see if we were still in Lake Sebu. But no, the tilapia was from the cultured ponds of Alsons Aquaculture, which bear the brand Sarangani Bay. They are better known in Manila for bangus, which is also exported. I don't know if this kind of tilapia is available in Metro Manila, but I've read that in the US the tilapia sold there is in the form of fillets. So maybe that explains why they have to be massive. 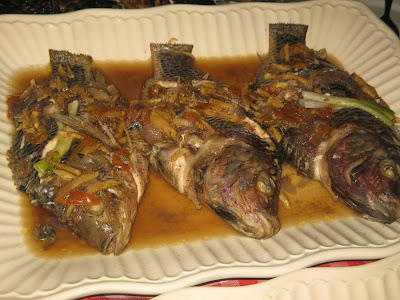 But since we were in GenSan, we had them Pinoy-style, which is cooked - and sometimes eaten - whole. So we had fried tilapia, and steamed tilapia, and grilled tilapia. Whole. 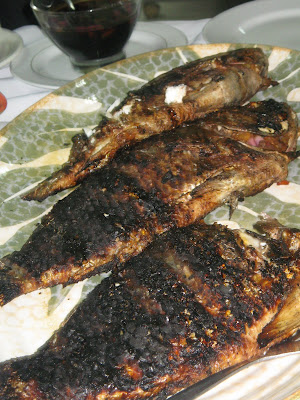 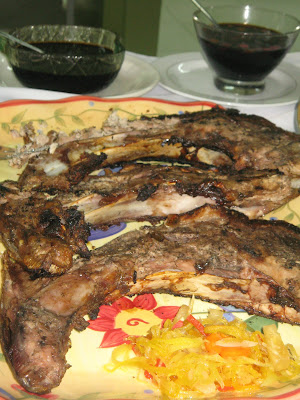 I was anticipating tuna. Great hunks of tuna. I was in GenSan, after all, the tuna capital of the Philippines. We had tuna, yes, but they were so small I thought they were albacore. 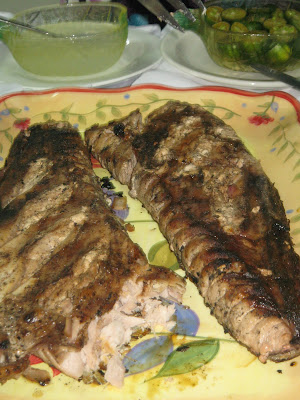 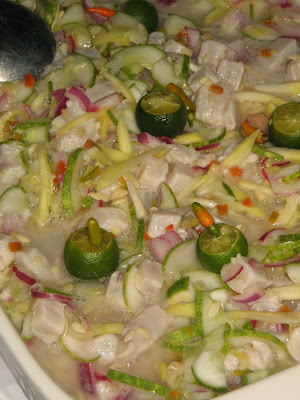 There was inihaw na panga ng tuna, and inihaw na tuna belly, and kilawing tuna. I should have been pacified, but maybe I was still reeling from tilapia shock. 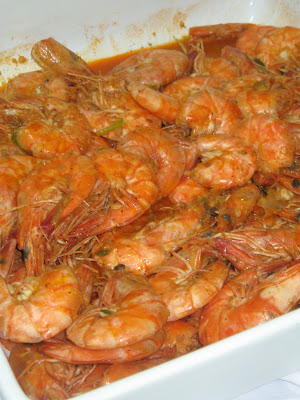 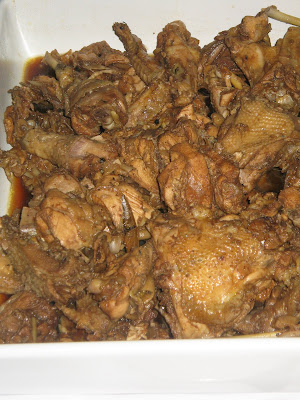 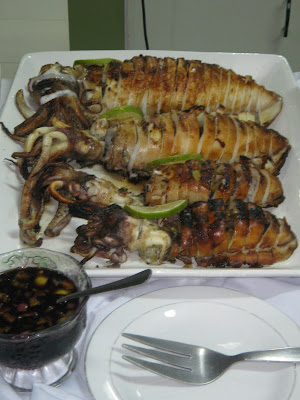 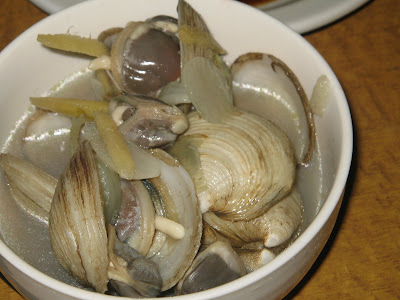 Other seafood on offer were grilled stuffed squid and imbao - white-shelled, sweet, succulent bivalves endemic to Mindanao - in gingered soup. 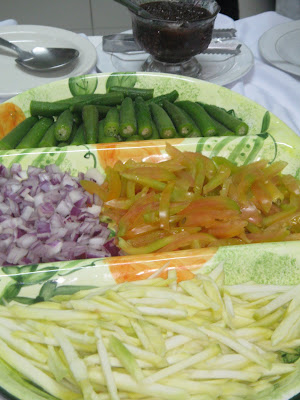 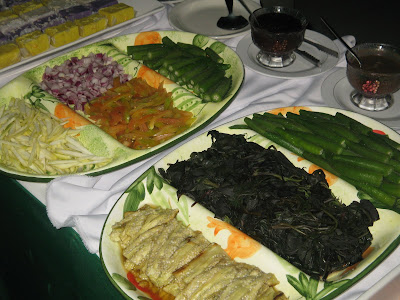 Julienned green mangoes, sliced tomatoes and onions, roasted eggplants, steamed okra and kamote tops, to be mixed and matched with bagoong isda and alamang in a native salad, completed the spread. 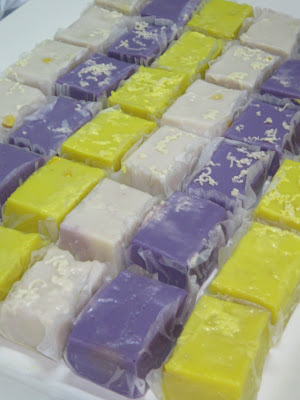 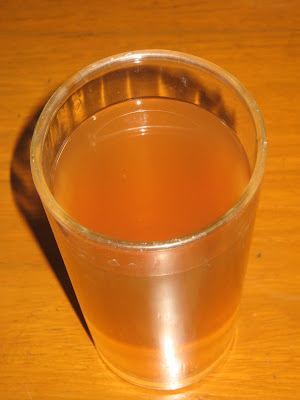 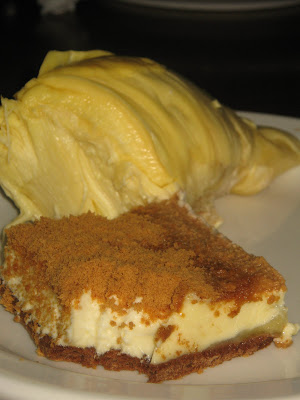 And the piece de resistance - seeds of durian, and squares of durian cheesecake. I must say that the durian I've eaten in Saranggani and South Cotabato were far better than the ones I had in Davao. Which was surprising, since Davao is synonymous to durian.

It's true that travelling is a form of enlightenment.

this travelogue series on Mindanao is incredible. for the better part of an hour, i escaped the steely cold of north america as i was transported to the lush tropical greens of the sarangani countryside, and partook of a veritable feast in gensan.

Warm greetings from the Phils, Lou, and stay warrm.

Look at that sumptuous spread. Pure heaven. Masarap ka-share pag ganito close family and friends so one can eat like nobody's watching.=)