Blogging By Mail and Other Food Parcels 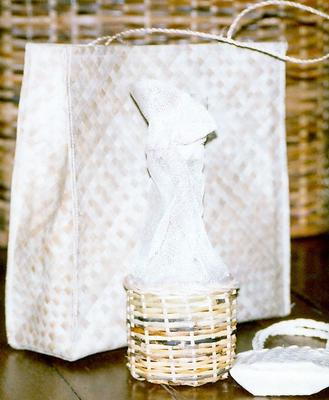 Towards the end of September, in a span of one week, I sent out three food packages to three different international destinations. The back of my neck ached from all the packing, my legs and feet hurt from all the walking and browsing over specialty shops and little food stores, and I was stressed by racking my brains out as to what suitable goodies to include, which could slip past allegedly wickedly stringent customs and quarantine officials.

But I'm not complaining, no! In fact, I got addicted that I think I'm joining again the next round, Blogging By Mail 3, which will be hosted by Cathy of My Little Kitchen, and the announcement will be coming out this week!

There is something about packing and sending food to someone. It's such a caring and thoughtful gesture, feeding someone from across cultural and geographical borders. But I was worried for a while, specifically because the swap involved different cultures. I did not want to impose my food preferences and alienate my recipients, but at the same time I wanted to promote Filipino food. And I wanted, of course, to please.

Couple that with my inability to cook anything that can last for at least a week, and I got a dilemna. In the end, I decided to send food I grew up with, that which is familiar to me so I could explain it fully and recount its origins. I counted on the open-mindedness and adventurous spirit of food bloggers and those others joining the food exchange for my parcels to be well-received, if not appreciated.

I was so relieved Barbara, down under in New Zealand, received intact the parcel I sent for the Blog By Mail 2 hosted by Samantha, and quite happy, too, that she liked the mango tartlets (I love them, too, but I love the fresh mangoes more and I'm sorry it's not possible to send them). I still haven't heard from my second recipient, for the Secret Santa Blog Mail over at Chocolate and Zucchini, but I expected that one to take a while because the destination is a bit farther off.

The very first one I sent, though, hasn't taken off from the country yet. It was a food package for family in New York, and the parcel was going to hitch-hike in the luggage of a cousin who will be touring the United States. Unfortunately, my cousin's daughter suffered an accident, so they had to postpone the trip until she is well enough to go through with it.

I learned so much from the whole thing. First off, I am new to sending packages - I was always just a recipient. Packages were always sent to me via a private air/cargo forwarder, and in the few times I did send, I used the same forwarder, who took care of all the packaging needed. But I've heard of nightmarish tales recounted by those who received packages sent via the public postal system. Tales of packages opened and items lifted, and the blame always went to postal workers.

So I packaged my parcels like balikbayan* boxes. Shut tight, double-triple-wrapped in waterproof packing tape, with an enclosed note enumerating everything that's inside. At the post office I half-expected the teller to ask me to open up the parcel so he could examine the contents. Good thing he did not, but after I left I expected the postal officials in NZ to rip it apart and sniff everything, and throw in the garbage can some items. Good thing they did not.

I hope it does not happen in Europe, too, although I made sure I complied with all customs/quarantine requirements. And I also hope my blog by mail buddies did not and will not have to pay horrendous duty taxes for the measly parcels I sent.

All in all, the experience restored my faith in the postal system. It even exceeded expectations, actually. I was told the package to NZ would take 10 to 15 days to arrive, but it was delivered to Barbara's doorstep a mere seven days later. I hope that, when I receive my parcels (I was just notified that the parcels were sent a few days ago), nothing happens to put back the postal system in a bad light, at least in my eyes.

The other thing that I got from all of this is my discovery of so many available local and regional food, food products and food equipment out in the market. That's why I'd like to join again. So many foodstuffs to send up to BBM one thousand and one!

*Balikbayan is a Filipino term used to refer to Filipinos going back to the Philippines from a stint abroad, literally, "back to the country." They usually bring with them loads of stuff, including electronics, food, etc., packed in colossal boxes, referred to as balikbayan boxes.

Hi Kai! I enjoy reading the BBM entries of the other food bloggers and always thought it was so nice to send and receive packages...but I had no idea that we could join! I thought that one was just for Europe and one for the States, and that was it. Wow! Galeng mo ha! :)

Thanks, Barbara, that's so heartwarming.

Join the next round, Joey! It's worldwide, although there's a separate European version. In fact, I'm expecting a package from France. The only setback is on your pocket - you'll be spending more for the post than for the contents of the parcel. ;-) You have a choice, however, of restricting the geographical area where you want to send.

I love it!!! Kai, kudos to you for joining BBM. It's a great way to showcase our food and introduce them to the world. (I haven't joined yet as we're rarely home these days, but I sure am itching to!) Hmmm.... perhaps we could have a Pinoy BBM? Where Pinoys in the homeland could send out foods that other Pinoys miss (all customs-proof of course) and the Pinoys abroad could send stuff that Pinoys at home would love to taste! What do you think?