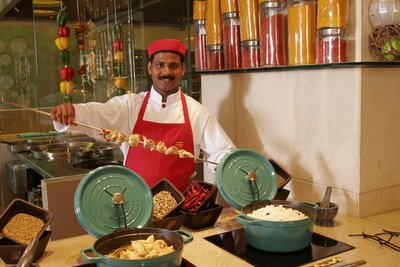 HEAT's Chef Deepak at the Indian Station
A month after EDSA Shangri-la Manila launched its new coffeeshop, HEAT, standing for Healthy Eating, Amazing Tastes, is firing up and redefining local hotel restaurant dining.
Coming back for dinner, I'm happy to note that being in full commercial operation has not in any way dimmed the homey feel and taste of the food, even though throngs and throngs of people were busily scanning each and every section of the eleven dining stations, and afterwards piling food on plate after plate. 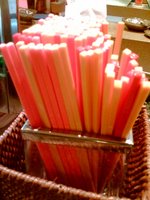 Our dinner host, EDSA Shangri-la's whirlwind of energy Director of Communications Neil Rumbaoa, graciously explained that, as a matter of policy, HEAT maintains this home-cooked goodness and tasty freshness by cooking food in small batches, so the flavors are given space to bloom and develop. Only when the platters are half-empty do the cooks start on the next batch.
My dinner companion and I made sure to arrive early, right after HEAT's opening hour, which was about an hour before it filled up. This not only to see the food in all their pristine plated glory, but more because we wanted to stretch the length of our dinner, and so be able to sample more of the food this time. 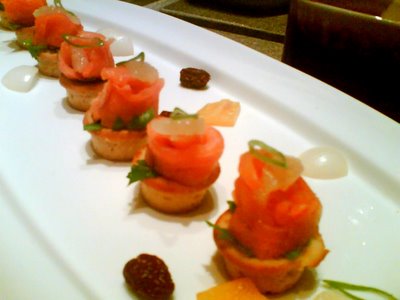 I tried to skip the excellent dishes I sampled last time, but then I saw that the classic smoked salmon in dill mustard was given a new twist - smoked salmon sat happily like a dewy tangerine rose on a polenta muffin, with a segment of grapefruit on top. A dollop of dill mustard made it look like the icing on a savory cupcake. Honestly, that was one inspired appetizer. The salmon was silky on top of the subtly grainy muffin, and the bitter-tart grapefruit rounded up the flavors of salty-creamy and slightly sweet. I had to go back. Again. And again. 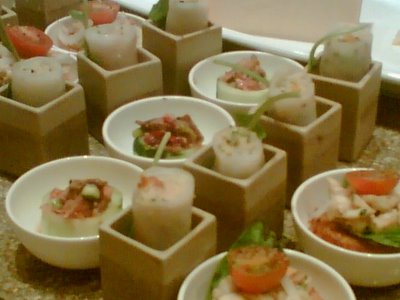 And that proved to be my doom. With the array of incredible appetizers right there, I filled myself even before I could eat my salad. I was smitten by the cute little ceramic containers of Middle-East meets South-East couscous in fresh spring rolls (effective!), and by a continental chicken salad on toasted white bread as well. Then there was parma ham skewered, not on the usual cube of honeydew, but on ripe papaya, giving it a more sunshiny look and taste, the sweeter papaya pairing beautifully with the salty shavings of ham. 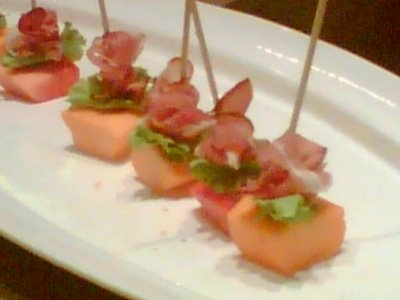 Ahh, I could live on appetizers alone. But no, there was rack of 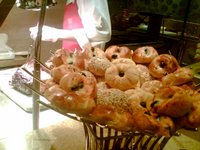 lamb with onion tapenade, with slices running the entire gamut of rare to well-done. The latter was very tender, and went rather well with the olives and tomato croissant from the savory breads collection at the carving section. 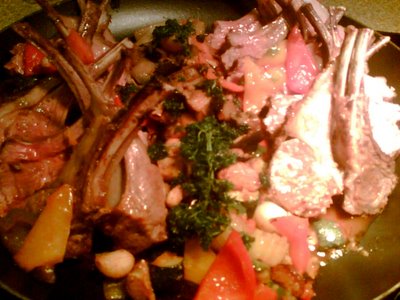 And I couldn't believe myself, but a little fiesta was going on right there at the Filipino section. There was a sweetish sinigang na sugpo (prawns in sour broth), chicken relleno, beef puchero, lechon, and wonder of wonders! kalderetang kambing! (goat meat stewed in tomato sauce). Right from my first forkfull, I realized I can never, ever brag again that only proper Pangasinenses (and maybe some Ilocanos, hehe) can cook a super-duper kalderetan kanding (as called in Pangasinan), the bony meats simmered slowly in tomatoes, potatoes, bell pepper, pickles and some secret ingredients. I was so astounded I wanted to meet the Filipino chef to ask if he was from Pangasinan (haha, still!).

Chef Deepak's tandoori chicken was fiery and so flavorful. Three stands of cracked ice cooled the bounty from the sea - fresh oysters, steamed rock lobsters and marine crabs, and mussels flown in from New Zealand, the homeland of HEAT's Executive Chef Timothy Stanhoppe. These were cooked (or not) and presented simply, the better to taste their juicy sweet freshness, and adhering to HEAT's adage of healthy eating.

This second visit reinforced my first impression that here is where you can find the real authentic Italian pizza in this section of the world atlas. I'm as mad about HEAT's pizza as before, maybe even more so now that we didn't order one but just took a slice of what's available at the counter. It happened to be the basic cheese and tomato one, and boy, the utter deliciousness of its simplicity took my breath away. Baked to a crunch in a wood-fired oven, tingling with whispers of herbs, ripe tomatoes evoking bright Italian sunshine. 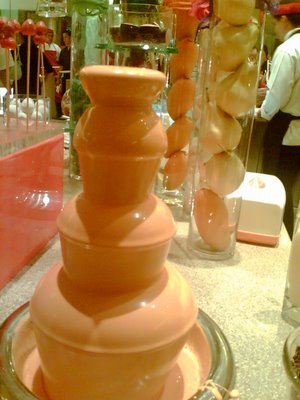 But on to dessert. That night the chocolate fountain had for its companion an orange-flavored milk fountain (not orange chocolate fountain - I don't think it's right to call anything un-chocolate as chocolate, like white chocolate, which doesn't contain a single minute microgram of cocoa, but is just milk fat), that played with my tastebuds, inducing a mild attack of sentimental indulgence on the sweets of my childhood.

But the next big surprise of the night is, at the start of the dessert section are three long tiers of some desserts which looked so familiar that for a moment I wondered if I were suddenly transported somewhere else, probably by some port-key-wielding gluttony police. 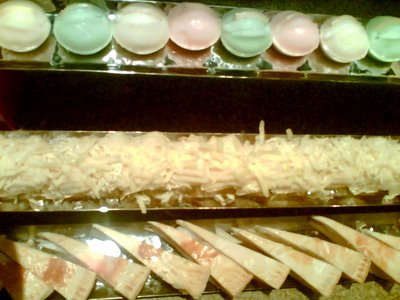 I would never have touched any of these had they been in a food counter in a mall, even in a kitschy restaurant, or even by the roadside on the way to Los Banos, Laguna. I would go all the way to The Original's for buko pie, or maybe settle for Lety's. I've eaten enough pies without buko that I stopped trying to find alternatives to the two. I'm also from the land of Calasiao puto that I invariably turn a wary blind eye to any variant of its kind.

But to find these at HEAT, well. I was actually shaking as I got a sample from each line. Would they sadly end on a mediocre note my otherwise fabulous dinner?

Well, no, they did not. They were more than decently good. They were glorious, in fact. And that's all I can say. Hats off to the chef.

I really can't believe it. I'm still stunned, several days later, by the succulent strips of tender buko filling the slices of pie to the brim. And by the dense chewiness of the cheesy nilupak. As for the puto, it was bouncy and moist, with the right sweetness. I'm a Pangasinense to the core, and I won't pretend I'm not loyal, but I would have clapped my hands in delight right then and there had it been possible. Especially after finishing that immaculately white shooter glass of buko in pandan-flavored evap. 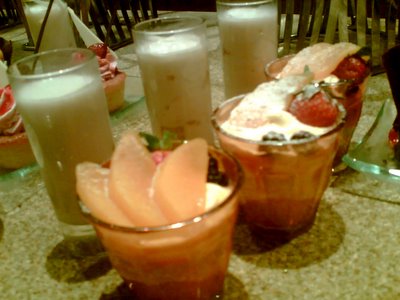 Kudos to HEAT for showcasing Filipino dishes in all their unadulterated splendor, without a hint of tweaking to suit foreign palates. Mabuhay kayo!

What a story!!! Very busy you are..But what i like most is your work and presentation of food especialy your photo's.

wow, kai! that's why you seem so busy lately..nice! i will definitely drop by HEAT when I visit Manila..soon! sana:(

i'm making a mental note and will be going there to try this at the hotel! i'll be in manila in a week's time! yay! i can't wait to gorge! hahaha

Hi, GGPaborito, thanks for dropping a note, you got a lot of recipes there in your blog, you've been busier than me, I felt like I was at HEAT all over again, I didn't know which one to try first ;-)

Ces, Ellen, eating there is quite an experience. I'd advise not eating for a day previously, haha.

Hello there! Thanks for visiting my blog. Well yours is good stuff. I was tempted to try one of your dish. Oh! by the way conected to my blog my other blog you migth like to visit your invited but it is just starting lang yesterday. "Enjoy"......

Hello,looks lovely food in there.