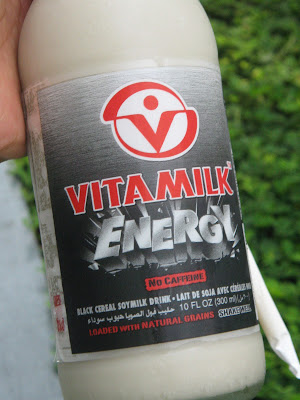 It's the second Friday of Lent, but the third day of abstinence. It's my twelfth day of fasting, treating the religious observance as an opportunity to try to lose the last ten pounds stubbornly clinging to my belly, hips and upper arms. After three years of casual but consistent minding of my caloric intake, I am back to my pre-pregnancy weight, but I have reached my plateau short of the ideal balance in relation to my height.

I'm dreaming, of course, and intensely conscious, because a friend from college can still fit into her high school clothes after six kids. But the more motivated reason is my husband, who has lost his paunch and is back to his sculpted build after an intense physical program last year. Now I can't throw back his taunts. And so I had this brilliant idea of fasting not just on Ash Wednesday and Good Friday, and observing abstinence on the six Fridays within the Lenten Season, but limiting myself to one full meal a day for the entire religious season.

I started on the Monday prior to Ash Wednesday, which makes it a 42-day fasting period instead of 40, because I thought Monday was a good day to start (psychologically since it's the beginning of the working week), and the extra days were to compensate for lapses I'm sure I'd fall into, especially since I'm hosting a kiddie party, and I have a balikbayan to entertain til next week.

It's been smooth sailing, so far, and my tummy had significantly shrunk, although on the first week it actually became bigger. I think this was due to all the liquids I've been drinking to make my stomach feel full - lots of water, soups, milk.

I find that cow's milk makes me feel full longer, but I am lactose intolerant. So I've switched to a more stomach-friendly substitute. I never thought I'd be writing about soya milk, though. I never liked it, even though I eat tofu and taho. Or shall I say, I never found the one I liked, from the common cheap bottled ones to the fancy ones in cartons that is priced the same as a cup of Starbucks. That is, until last year.

Last year, I had the opportunity of scouring eateries in Pasay City, in the area surrounding NAIA Terminal 3. By eateries I mean karinderias, the turo-turo style of eating pre-cooked dishes displayed in a case protected by glass if you get lucky, or a makeshift one covered with plastic in the more dinghy ones.

My husband had spent five months' worth of late nights in the area, and there were lots of nights I was on hand to provide, uhmm, some inspiration. Naturally I was brought along to the most accessible joints that were on top of his and his colleagues' most frequented list. And I couldn't believe seeing my husband first hand, and his all-male friends, ordering soya milk to accompany our late dinners.

The karinderias had chillers with  nothing but bottled water, a few choices of softdrinks, and the soya milk in three flavors, but more often in only vanillla and chocolate. They were well-stocked even before this particular brand appeared in SM groceries, and then at the Metro Manila and provincial outlets of convenience stores.

It was a good strategy to introduce the product, which is imported from Thailand, because it gained recognition without the humongous expenses related to advertising. Now I'm sure people hunt them in groceries, instead of being drowned by all the merchandise there. Prices are the same, anyhow.

I'm aware that men generally prefer simplicity, and are not adventurous, when it comes to food.  So it was kind of unnerving to get introduced to soya milk by a group of machos. But I'm a happy camper for the discovery, and hunt down Vitamilk when the hunger pangs strike and are in danger of becoming a headache. The black cereal "energy" variant gets my vote, which has a thin black bottom that I shake into the soya milk, turning it somewhat cement-hued. The chocolate and vanilla flavors taste phony to me, while the black cereal subtly tastes of black sesame, which greatly compliments the milk.

With a little snacking here and there, I hope Vitamilk nourishes me enough to last me til Easter. By which time I hope I have resurrected my old sexy self. ;-)

how about some before and after pictures to provide more motivation ?