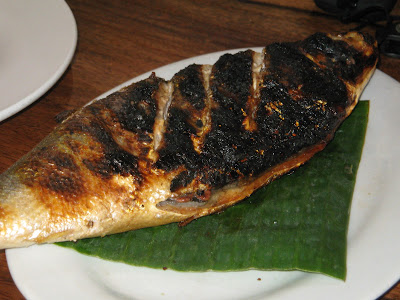 It's road trip day today, for people going back home from out of town. It was a five-day weekend, because of the Holy Week and the national holiday Araw ng Kagitingan, which, fortunately, fell today right after Easter.

Traffic wasn't so bad from Pangasinan to Pampanga, probably because we started on our journey early, but it slowed down to a crawl at the North Luzon Expressway due to massive volume of assorted vehicles. Still, it wasn't so bad compared to previous experiences in my more than thirty years of traversing this route.

We were forewarned, thanks to accessible, real-time communication technology, so we were able to make the necessary pit stops, and stops to fill back our stomachs. We were carrying tons of food - I overspend every time we go out of town, vegetables, and fruits, and fish, are so darned cheaper and fresher! - but our route provides just such an interesting array of places to eat that we just have to sample one after the other on out trips. 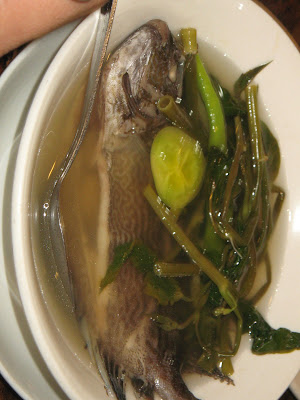 It's such an improved state from when there were no clean comfort rooms anywhere along the road, much less any decent place to eat and lounge for a while to take a break from the monotony of driving. And what's nice about it is that even a province away, there's a restaurant where we can still get a taste of home, coming from Pangasinan, or we can have a prelude of things to come if we are going back to our hometown.

Matutina's, the seafood shack by Tondaligan Beach that expanded to five outlets all along that stretch of coast in Bonuan, now operates two branches outside of Dagupan City. Both are along the MacArthur Highway, one in Tarlac City, and another one in Urdaneta City which is a favorite pit stop for people proceeding to Baguio City or further up north. 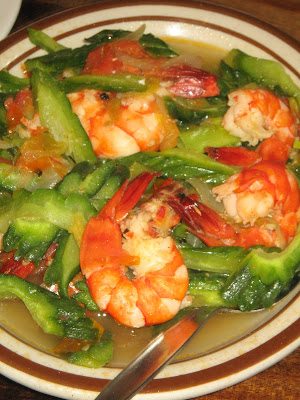 At these branches one can have inihaw na Bonuan bangus, sinigang na malaga, barbecue, adobong pusit, talaba and other bestselling dishes in the main outlets in Bonuan, with the complimentary bukayo pastillas serving as a sweet ending to a Pangasinense meal.

I am so finicky when it comes to bangus, and I have to admit, though, that the inihaw na bangus we had at the Urdaneta branch one time when we went to Baguio tasted like it had been frozen. The distance to Urdaneta from Bonuan, where the best bangus are bred, is not that great - about an hour at most - so I can't forgive this lapse. Perhaps the difference is not that obvious to some, especially for those who did not grow up eating Bonuan bangus, but to me it was a scream.

My fastidiousness aside, frozen Bonuan bangus still tastes great, no matter how it is cooked, yes even grilled, so it can be not such a bad thing. But then again, I have so many other restaurants to try. ;-) 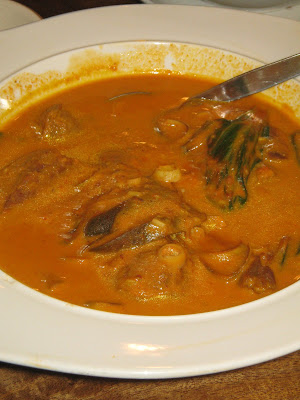 i'll be sure to request my hosts to bring me to matutina's dagupan next time i visit. those pictures are mouth-watering, especially the grilled fish and sinigang, and palya with shrimp.

Thanks for the post. Would you have the contact numbers of Matutina's along Tondaligan? The published telephone numbers (even the ones on their FB page) are not working. I need to contact them asap for a group reservation. Would appreciate your help. Thank you!

Oopps, so sorry I forgot to take their contact info.