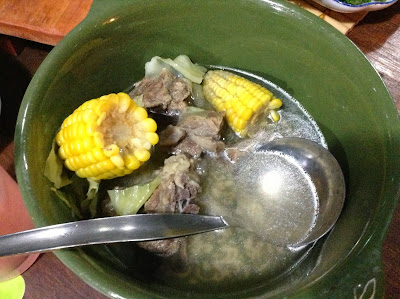 Dinner at Casa San Pablo was a grand affair, in the context of a grand meal at home. During fiestas, or perhaps an important guest, or a revered relative, has come to visit.

Providing warmth to the rather chill evening – it rained hard in the afternoon dissipating to a shower – was what I know to be bulalo, but which I also know as a proper Tagalog nilagang baka. Bone-in beef shank boiled til tender with slices of onion and whole peppercorns, the soup sweetened with corn on the cob and cabbage. 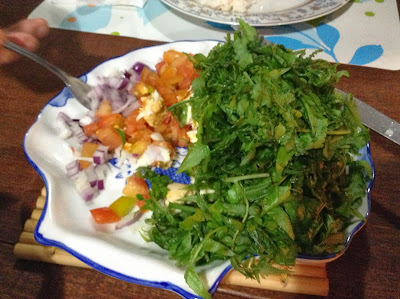 Then there was a platter of pako salad, which is indelibly associated with Laguna. The fresh fern  fronds were accompanied by slices of itlog an maalat or salted duck eggs, kesong puti (Laguna fresh white cheese), and chopped onions. The ferns, bland by themselves, were the blank canvas for the intense flavors of their platter-mates, as well as the various pickles and accompaniments arrayed on a side table. 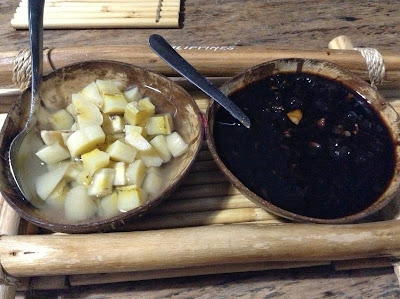 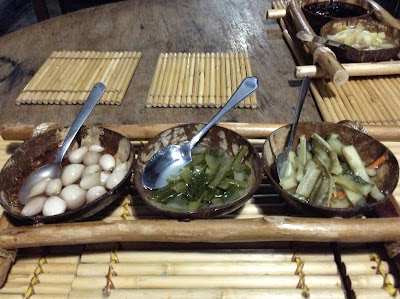 The chicken curry was mild, but the pork dish, sort of a dry humba, played on salty and sweet, with the latter more prominent due to the smattering of fried cubes of saba. 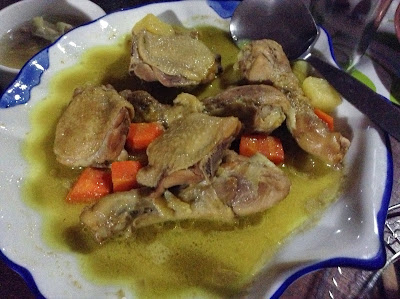 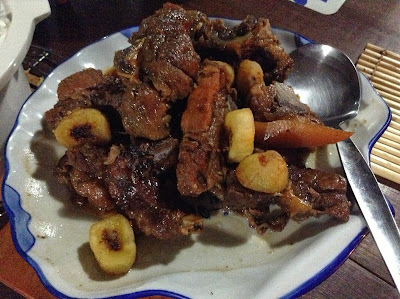 Dessert was delicate rounds of a milky flan, which paled in texture and lusciousness compared to the ube halaya. The kids were discontented, and wanted cake, so we had to drive downtown to a local cake shop that came with high recommendations by Casa San Pablo’s owners. And that will be covered in the coming posts.

it might be worth a visit if only to try the food. it is a good deal. and many of these are new to me, like the various buros and the fish steak wrapped in leaves. we are truly blessed to have such a variety of victuals.
thank you for the thorough meal coverage. napsel ac :)
- lou

There were a lot of dishes featured in many publications that we have not tried during our short stay, so yes, it's worth going back if only for the food. But I feel the experience would not be complete if one would not stay there even for at least a night.