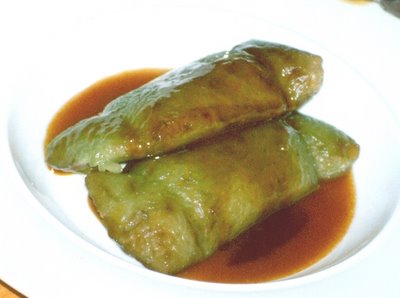 Katíba is the Pangasinan term for what is commonly called coconut jam, or coco jam for short, elsewhere in the country. It is a common enough jam, made in many households across the Philippines, and manufactured and locally sold by at least two food processing companies whose only products are the jam and peanut butter.
Katíba or coco jam is a thick, viscous spread that can range in color from dark copper to bronze and even a dark brown. There are also variations in thickness, from being syrupy to almost candy-hard. These variations result from the sugar form used and the length of cooking involved.
Of course preceding these is how it will be used and what it will be eaten with, which then dictates how it is made. The range of thickness also have corresponding various names.
I've seen a locally produced white coco jam, which is rare and is more expensive. But I've read that in other South-East Asian countries the white variant, which uses white, refined sugar, is more common and is called kaia/kaya.
Since I grew up on katíba, I tend to find kaya too sweet and lacking the depth of flavor that bagás or bagasse or molasses infuses in a coco jam. 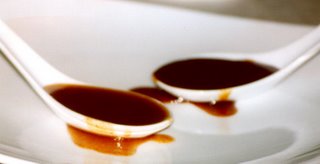 Katíba was considered a lowly sweet in my family. We never made it, and we didn't even have it in the house often. I know now that in other towns and provinces latík, which is the syrupy version, is the common sweetener to a súman sa liyá/lihiyá, or glutinous rice wrapped in banana leaves and steamed. 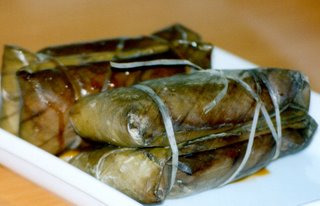 In my hometown of Malasiqui suman sa lihiyá is uncommon but we have súman sa íbos (glutinous rice cooked in coconut milk, wrapped in buri or young coconut leaves and steamed) in the market daily, instead. We don't even qualify the súman to be lihiyá or íbos but just súman, and this refers to the one in the búri tubes. And this súman we eat only with sugar.
But I knew katíba because I ate it in my elementary school years. I went to public school, and part of the nutritional boosting program then of the government was to distribute nutribun (pronounced nutriban), the whole wheat, multi-grain bread bigger than the size of one's hand distributed to pupils every other afternoon for snacks.
Of course the ever enterprising public school teachers sold sweets as paláman (spread or filling) for the nutribun. Invariably these were katíba in soft candy form in individual plastic wrappers, and pastillas de leche, soft rolls of milk candy covered with granulated sugar.
Despite the roughness of the nutribun on the tongue we pupils then were quite happy with the treat, if only for the chance to eat the sweet fillings we inserted into the bread. And it was this memory which prompted me to buy a small jar of Ludy's Coco Jam one evening a few months ago, having espied it on a shelf of the grocery I was aimlessly roaming around in, and decided to include it in a care package I was going to send to the US.
It was then my fifth food parcel to send out in an international food swap, and I had ran out of ideas on what could best represent the Philippine food culture. The katíba wasn't a proud inclusion - as I said it was looked down upon in my family - I was just sharing a childhood memory.
But just as my swap partner randomly included Old Bay Seasoning to the package sent to me, not knowing I would appreciate it so much, the katíba I sent made such an impact on my recipient without my expecting it at the least.
Which development forced me to review my grudges and take a fresh, new, unbiased look at that humble, very Filipino spread. And what a (re)discovery it was! How could I have been so indifferent to it before? All this time I have been missing its wonderful taste, unique and incomparable, and cannot be found in anything else.
Looking back I think what denigrated the jam in our eyes is its commonness, and probably a little "colonial mentality," with all our preferences for imported jams made out of fruits not found in the archipelago. And, I've realized, I've been eating low-quality coco jam.
I decided to change that, and resolved to try to make my own good-quality katiba and share it, so Lindy, my American beneficiary, could make her own endless supply of katíba. I'm looking forward to what dishes she could come up with using it, since the only ways I know how to eat katiba are with the súman sa lihiyá and spread on pandesal (no more nutribun these days!) with a generous dollop of butter.
I talked to a lot of people and compiled various recipes, but in the end I let "cooking instinct" guide me. Which was just as well, since most people I've talked to have been making the jam for most of their lives and so do not use measurements, but rely on tantyá (approximations) and gut feel. I now consider it so unPinoy of me, especially now that I'm blogging, not to know how to make katiba. Which I've found out, by the way, is the easiest thing to make. So simple, but so richly rewarding. Thanks, Lindy, for this rediscovery.

back home in laguna (or maybe just in my hometown) its called kalamay-hati. i dont know why. i have to ask the oldies. i remember my mom cooking it with pandan leaves that enhances the creamy goodness of coconut milk. my bros, sisters and i enjoy scooping it with spoon and licking it all by itself. we also enjoyed it as spread for hot pandesal or soda crackers.

there was also a time when my mom baked a coconut cake during her experimentation with her "wonder oven." she used coco jam as filling between two thin layers of cake. yum!

Hi Kai! Wonderful to read your blog after a long, long hiatus from blogging. As usual, your blog never fails to inform and enrich! Great to learn about "katiba". Thank God for native delicacy-documentors! Have agood weekend!

I thought you might be interested in a new blog we’ve created called Gimme Your Stuff.
It’s about cultural exchange, where people can use blogs to swap culturally significant foods from their area.
You seem to like food, so I hope you like it!
http://gimmeyourstuff.blogspot.com/

coco jam!! i love it on toasted bread, or with suman sa lihiya! hehe..

we'd buy Lily's coco jam sa grocery whenever we crave for one.