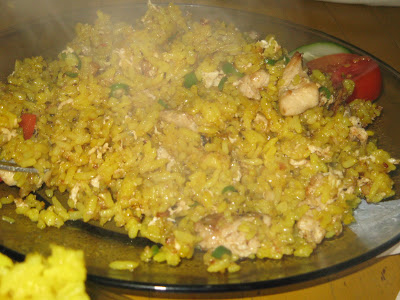 This is where I first came across Vitamilk, and at that time I thought it was just in sync to be drinking something so foreign with the weird dishes in this "fusion bar and restaurant."

But it has been a very loooong line from that point forward. And we haven't stopped measuring. For this has been our favorite go-to place since the last quarter of last year. We're here at least twice a month, and it's my husband's choice when he wants to treat me out. While it feels like I've been had, and it looks like he's such a cheapo, I really don't mind, because the kind of nasi goring (sic) served here can't be found anywhere else in the entire country, and probably around Asia, as well.

This is Saucemate, Fusion Bar and Restaurant, and I am unnerved by two things in that (recently added) byline. First, I am confused as to the "fusion" part, because for the life of me I can't figure out what cuisines are being fused. Then the "restaurant" part. This is not a restaurant. It's a hole in the wall. But it's a level above a turo-turo or karinderya because everything is cooked only upon order.

The food on offer is like a topsy-turvy tour around Asia - there's that nasi, and bulgogi, teriyaki, satay, rendang, even an inasal. It reads like the cook worked in an Asian cruise line. But not as a cook! He probably worked in the kitchen, yes, but maybe in the sinks, or something like a vegetable peeler. Because, purists beware!, not one single dish here tastes like what you would expect.

Take that nasi goring, for example. It's as yellow as saffron, and tastes like a biryani. But my God, it's more flavorsome than either! Mildly spicy or spicy, you'll see heaps on a plate being the choice order by groups of people flocking here. One plate per person, and nothing else! 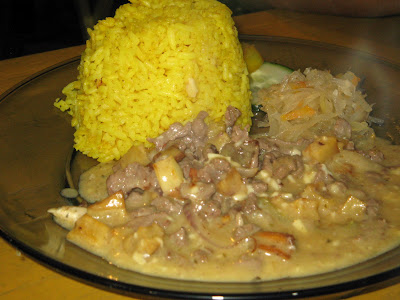 This is a beef bulgogi, and yes it doesn't look like one. Of course it doesn't taste like anything Korean, too, with grated processed cheese heaped on a brown, gravy-like sauce, and served with fried halves of marble potatoes and atsara. It was the first dish I tried, and never ordered it again, but my husband couldn't get enough of it, until he tried another dish.... 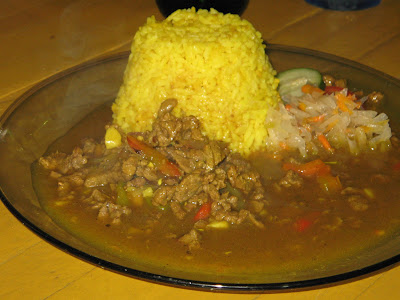 Beef rendang, surprisingly, has some bit of a claim for legitimacy, though this version doesn't have enough of the gingery bite. 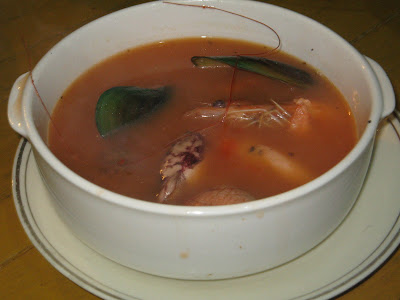 This was called tom yung soup, and it's really, really funny. But once you get past the cook's audacity for calling his impostor creations such names, and just enjoy the food, it becomes addicting. I can't place what the nearest dish is to this one, but the seafood broth speaks loud and clear, with a touch of sour-sweetness from the tomatoes. It's probably a poor, amateur cook's bouillaibaisse. 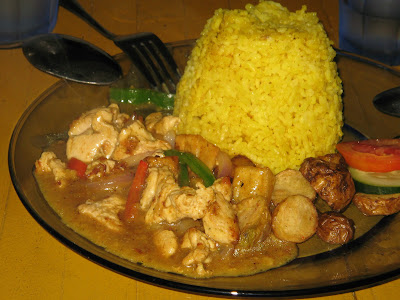 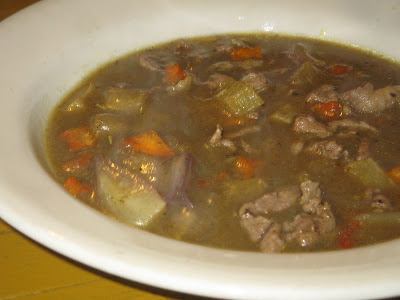 Oh yeah, the curries are the most authentic of the lot. It's a familiar dish, after all. The curries at Saucemate are as mild as a Japanese kare, but edged with the earthiness of turmeric. Turmeric, actually, plays a sidelined but forceful role in most of the dishes. I suspect it's responsible for the nasi goring's hue, and adds a bitey zing to its taste. It defines the rendang, as well as letting the satay have its kick. 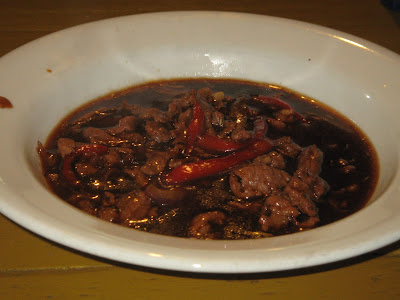 Forget the teriyaki. It's as banal as it looks. 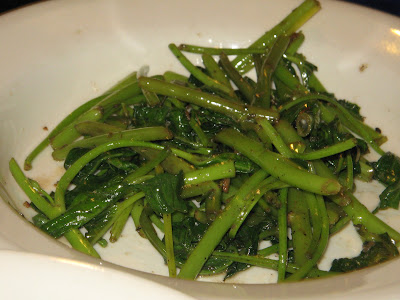 Kangkong is the only vegetable on site that can be ordered as a side, apart from the cucumber and atsara garnishes. This was stir-fried, and it was very tasty, although a dinner companion told me it's full of Magic Sarap. 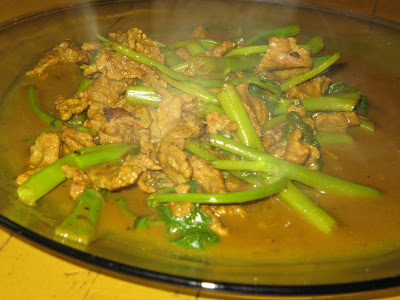 The Thai beef satay is not peanutty, but reeks of turmeric. It's actually good, and I've been having a lot of  this lately. 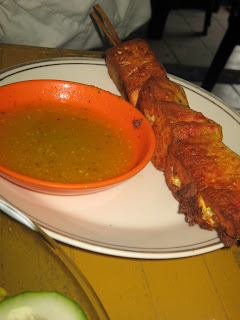 An order of tofu will be grilled, basted with that yellow sauce used for the nasi that the blandness is transformed. It is served with a mildly sour dipping sauce, which I find doesn't match the tofu, but I dip it nonetheless. It's hard to question things here, when you're confounded each minute of every mealtime.

Other things on the menu are a chicken patty that's grilled and served swimming in a creamy, bechamel-like sauce, and which appears and tastes very normal. A piece of chicken breast is also grilled and poured with the gravy normally eaten with fried chicken.

That pretty much sums up the entire menu, more or less. Plus soft drinks and the soya milk. But the flavor of the nasi goring drowns out everything else. But it's unfortunate that just a few months ago it was served with hunks of steamed chicken, and now there are just minced chicken playing hide and seek among the rice grains. It's unfortunate because the strongly spiced nasi goring will make any other dish eaten with it bland. But of course I can't eat it by itself, for it's just mainly rice. Or it is just me, because as I've declared earlier, people - even women with model-like builds and waists - order one plate of nasi goring each, and nothing else.

Dishes average Php80 each, served with a cup of rice.

This is not inside the airbase, but in the "barrios," the residential area around Villamor. It is the settlement behind Marriot and Newport City buildings.

Email ThisBlogThis!Share to TwitterShare to FacebookShare to Pinterest
Labels: belas (bigas/rice), from around the world, restaurants, sira (ulam/viand)

i am reminded of juliet's line: a rose by any other name would smell as sweet. love how the eatery seems to be invoking chef prerogative in naming their menu items. hahaha

Hahaha, wow, we're going Shakespeare! Yes, a rose is a rose, but the names in this restaurant are rather confusing!