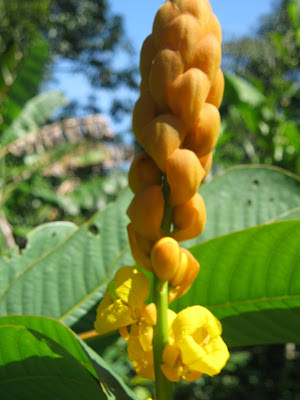 It is All Souls' Day today, the Philippines' nationwide remembrance of the dead. It is a good one this year, with four days off from work, as the first two days of November fell just before the weekend. But we had been raised to pay our respects to our ancestors on these days, so we never schedule a trip out of town around these dates to take advantage of the holidays. 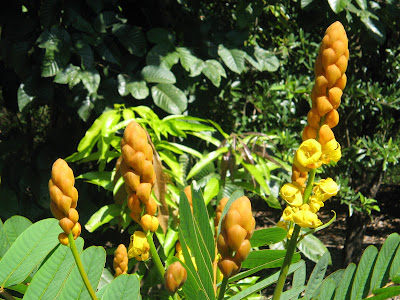 So we are home in Pangasinan, and what a day to face our own mortality. I've reached the age when my elders are now senior citizen card holders, naturally afflicted with aging complaints. It's Undas and we talk about cholesterol levels and uric acid and kidney problems, and the various natural ways to maintain them at healthy levels, to delay, infinitely if possible, the time when we have to join our dead elders and take our final repose at the town cemetery. 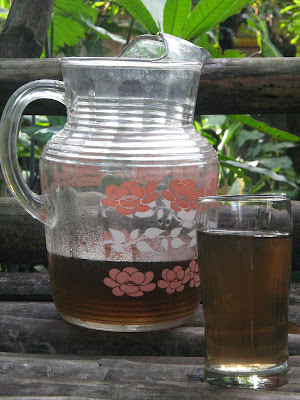 So now, instead of iced Pop on the table, we are served avocado-guyabano tea, made with seven leaves each from the fruit trees, steeped in boiling water til the liquid has turned amber. It is a folk remedy to aid in easing cholesterol (the bad one) levels, and many other things besides.

There have been reported studies abroad proving this concoction's efficacy, though I'm not sure if they are supported scientifically. But the folks in my hometown reportedly swear by it, and my aunt-in-law tells me she has become a sort of "supplier," giving leaves to a lot of her acquaintances downtown (baley, in the dialect). 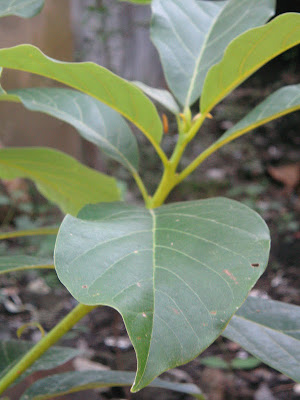 Sounds a bit like Mexico? And if I remember correctly, the fruit trees came from Latin America, too. But the aunt-in-law hasn't gotten rich all of a sudden. She gives the leaves gratis, for she has a very green thumb (makatanem, my husband likes to joke*), and she has several younglings growing in the backyard. 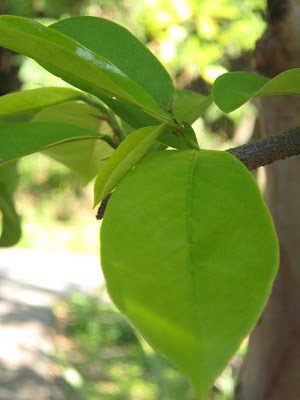 We have the tea from morning til night, squeezing in it some lemon juice to accompany dinner. I let the kids drink up, too, as my elder daughter has become attached to dishes made with internal organs, and my son daydreams about junk food. 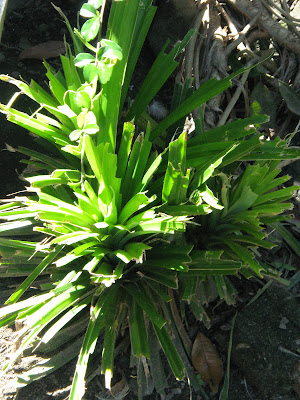 I found the tea to be bland, and very near tasting like boiled water, so for the next batch I added several blades of pandan. I remembered the pandan-avocado tea served at Earth-Haven in San Mateo, Rizal, which I had been wanting to recreate but didn't have access to an avocado tree.

I found the previously lush pandan by the twa-to (manually-operated water pump) made panot by chickens and ducks. That was a revelation - I wonder if their eggs taste differently?

The pandan elevated the drink, which had become aromatic and flavorsome. Mixed with a little sugar and served cold, it tasted like sago't gulaman. Without the sago and gulaman, but with the cleansing power of avocado and guyabano. But who says we can't have a little fun? Guess what I'm thinking of adding to the next batch.... 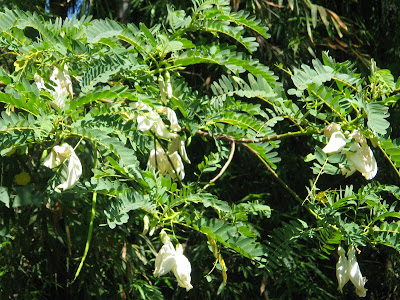 As further proof of the aunt's makatanem status, vegetables are available for the picking for today's lunch. Near the bamboo groves katuray flowers are flapping like opaque moths in the gentle wind. 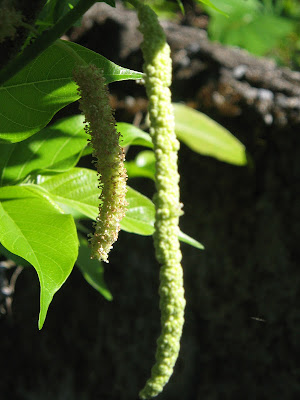 And right beside the kamote and kangkong carpeting a large swath of soil is a young baeg with flowers suspended vertically like pupae waiting for their metamorphosis. 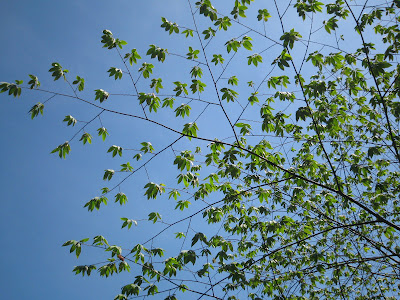 In the summer looking up this tree would be heart-racing, in contemplation of the reward of sweet fruit. But it is not aratiles season now, though I heard the leaves are made also into tea. I didn't quite catch what  ailments it cures, I'll have to ask the elders. 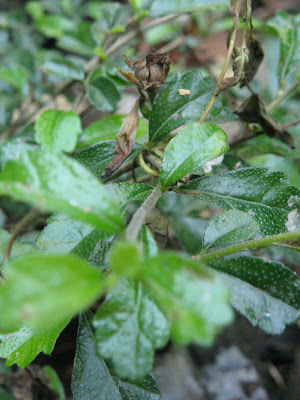 This is the plant that supplied the leaves that were made into the tea which we drank when we suffered from stomach trouble when I was growing up. It sprouts tiny red berries, which are slightly bitter with sour edges. I had believed this was the tea plant, so I was unbelievably surprised to learn Ceylon tea comes from a plant that's entirely different.

*Literally the word makatanem may mean plants thrive under her care, but figuratively it can also mean she has the capability of engaging in voodoo.
Posted by Kai at 11:21 AM

you have a great flair for writing about timely subjects as in the undas, and combining them with well worn traditions practiced by the elders as in tea making. the detailed and colorful photos are an added bonus.

Hehehe, I was just trying to date the posts so I remember when things happened looking back years from now. And to make interesting these otherwise mundane things we encounter in our daily lives....