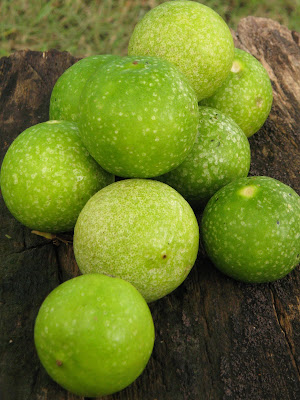 This fruit has attained legendary status for me, because I've heard a lot about it, yet I've rarely seen it. Oldies tell me it used to be common in my hometown, but nowadays it has ceased to exist.

I once came across an old woman at the public market selling paraphernalia for gagalen (nganga) who had a couple of sorry-looking, shriveled dalayap, and for my entire life that was my only encounter with the fruit.

Until this year. We're only halway through 2011, yet I've already had a wealth of the fruit which seems to be making up for the dearth my whole life.

I was first given a handful of the pebble-sized citrus from Laguna early in summer. But early one morning in June in the Cagayan Valley, as I strolled downtown just before my flight back to Manila to look for Ilocano sili to bring as pasalubong for a friend, I spotted a plastic bag full of dayap laid on the sidewalk.

There were about forty pock-marked pieces in varying sizes, and they were selling for a peso each, so I had no second thought about taking the bag wholesale. 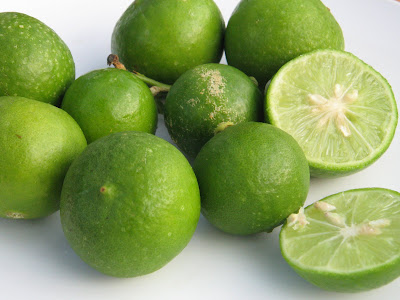 I used to think the relatively more common green lemons were dayap, until my househelp said dalayap were small and round. I didn't realize how distinctly different dayap was until I had some in my hands - they were small, yes, like some oversized kalamansi, and perfectly spherical, but what struck me was that the globes perfumed my palms with a heady scent that didn't point to its citrus origins.

The smell was almost floral, but it elicited from me a craving for something sweet. Vivid images of leche flan and pastillas and tibok-tibok popped out of my mind unbidden. 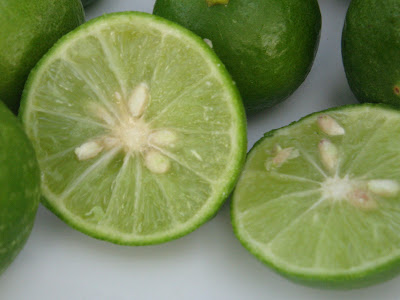 Dayap juice is actually tart, with a bitter edge to it. It's like kalamansi juice, but much more astringent. It's the pervasive scent of the oil in the fruit peel that's priceless. I like to bring the fruits near my face and endlessly inhale the smell.

Dayap peel is thin, the color a green that is lighter than kalamansi. 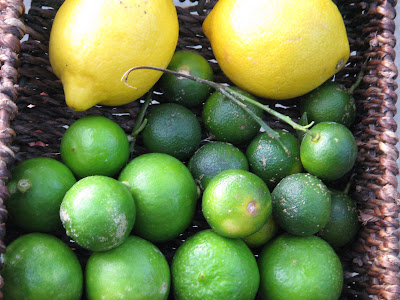 Mirror, mirror on the wall, which are the most fragrant of them all? Yellow lemons, kalamansi, and dayap 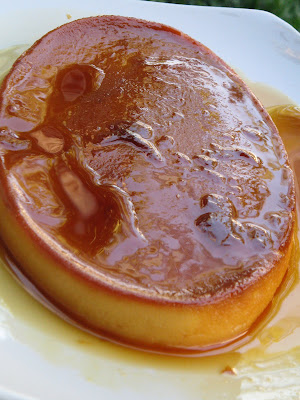 So how did I use those dayap? Made leche flan, of course, with carabao's milk and duck eggs. And some pastillas with the zest. The juice we squeezed for a refreshing ade. I also squeezed a little juice into some home-made guava jam. 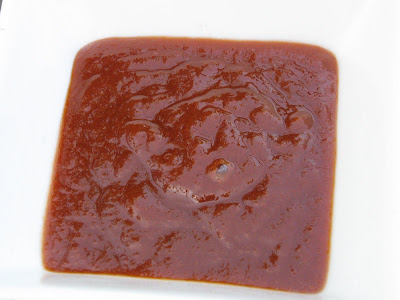 Me and my girls, we were all so enamored of those pink guavas from Laguna that I asked my benefactor if there was more. Sure enough there was, which I left on the kitchen table to over-ripen a bit. I then boiled the halved fruits with some water until soft, then mashed the pulp and put it through a fine strainer.

The strained guava pulp was put back into a thick-bottomed pan with an equal amount of honey and the juice of three dayap, which I frequently stirred over the course of two hours.

I made the guavas into jam because I thought the girly pink shade would remain, and it would be so cool to be spreading pink jam onto toasts. However, the color depeened and I got a tomato sauce-colored jam. 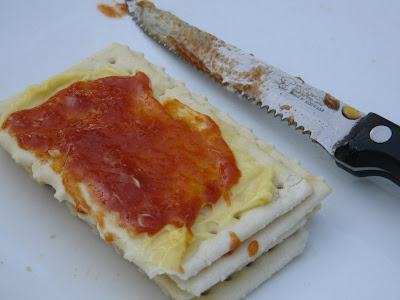 I don't know if the resulting color was a natural reaction to the cooking (fruit flesh turn "rusty" after all when exposed to air) or it had something to do with the dark honey I used (maybe I should use the neutral-colored coconut flower honey next time).

Nevertheless, the jam was extraordinarily amazing. The guava taste was unmistakeable, unlike commercial guava jams. The honey ensured that there was a caramel undertone, and the dayap, though here indistinct, was responsible for making the jam not cloyingly sweet throughout. 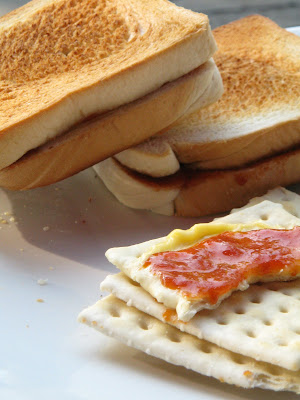 The jam was so good we could't wait for it to settle down for a few months first. Right the next day we had it spread over a thick pat of salted butter on crackers. We also love it spread on thin slices of gouda, or queso de bola, or even cream cheese and the local cheddar, sandwiched in toasted slices of white bread or pan de sal.

I had about 600mL of jam from a couple kilos of guavas. I gave a small bottle of it to my benefactor, who promptly finished it by having it with rice at every meal.

Our bottle is empty, and I haven't come across dayap and pink guavas again yet. But when I do, I have a host of things ready to do with it. Guava jam is first on the list, with coconut flower honey and preserved peel, to get the most of that awesome scent.

Most people I talk to dismiss dayap as just good for sawsawan with bagoong (fish paste as dip for grilled fish). My househelp says it is also utillized in Pangasinan as a rub to cure coughs and colds.

I say those are rather mighty unprofitable ways of showcasing dayap. If I could get hold of any more, I'll turn every fruit I get my hands on into jam.

In Pampanga anything other than dayap is considered inferior.

Oh yes, I can't imagine tibok-tibok with anything other than dayap. Irreplaceable!