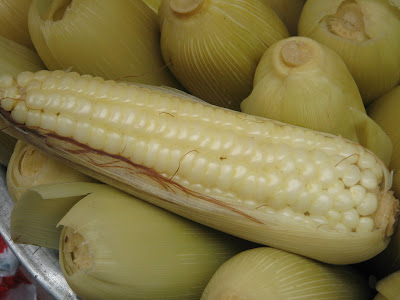 *As collectively translated from the original poem in English, found below.
**Set to music by National Artist Nicanor Abelardo.

The finale of the Pamantasang Hirang: The Centennial Concert, in celebration of the centennial foundation anniversary of the University of the Philippines, at the Cultural Center of the Philippines (CCP), was the singing of the university hymn, in line with tradition.

I almost fell down to the carpeted floor, though, when the university who's who, including distinguished alumni and the current members of the university's various performing arts groups assembled onstage, led the assembly singing and started with "UP Be-loo-oo-ved...."

In all my years as a student, both during my undergraduate and graduate studies at the state university, I never heard UP Naming Mahal sung in English. I had attended many official functions, as a student and more as a member of an official university-based performing group, and I never even knew there was an English version.

I didn't exceed my maximum residency rule (MRR) as a lot of students are wont to do for love of the university (haha!), but I think four years plus a change in leadership, and a return to school after five years, would at least have given me an inkling of the sudden turnaround of the Filipino university. And I have maintained close relations with those who chose to stay (not MRR, but as faculty), from whom I receive updates. But nada.

It was disconcerting, to say the least. It didn't jive. I couldn't raise, with heart-felt feelings, my clenched fist up in the air while singing All hail, thou hope of our dear land....

And, I actually didn't know the English lyrics.

Well, it turns out UP Naming Mahal was originally composed in English, translated later on in Filipino. I was in the university during the last decades of its first hundred years, so I never knew. But literature suggests that the Filipino translation actually is controversial, and does not capture the full meaning of the original in English.

And here I am bemoaning the fact that the English version is not in consonance with the Filipino version - the only version that I knew. Oh well.

Featured in picture above is golden pearls in a husk - nilagang mais, boiled corn on the cob. It was a favorite pantawid gutom (snacks) in the afternoons during my college days, and was a cheap source of sustenance at Php15 (US$0.33) a piece then.

The corn are vended around the campus, boiled still in their husks, carried in a metal drum full of steaming water. When you buy, the manong vendor would peel the husk, trim the hair, impale the cob on a long barbecue stick, then brush margarine and sprinkle some salt on the kernels.

The smell and taste of it is unforgettable. Soft, sweet corn that is a little salty, creamy, buttery, every bite producing steams of smoke. Perfect for shared bites onto the cob, but just enough to carry one through all the org meetings or choir practice or group studies, or just plain people watching around the sunken garden, waiting for the stars to peek out from among the embracing acacia leaves.

I imagine nilagang mais sustaining generations upon generations of isko and iska through the years, from when the university was born, and on to the next hundred years. And the next.

Other posts on UP
Khas Food House / Centennial Kick Off
Rodic's / Centennial Official Start
Posted by Kai at 10:56 PM

I agree with you that UP Naming Mahal in English is a bit foreign-sounding to us Iskolars who were so used to the Filipino version. However, from a performer's point of view (I was one of the singer's in that centennial concert), I still felt this warm, spine-tingling patriotic rush onstage when the hymn was sung. It's not the language that moved me, but the overall experience, I guess, of celebrating UP's centennial with friends and "comrades" in the university.

Speaking of "university snacks," my favorites during my Iskolar days were fishballs, karioka (those starchy, gummy sugar-coated glutinous rice-thingies skewered on wooden barbeque sticks...arghh! Help me out with the description here!), and those sinful cakes at the cafe in Vinzon's. Now my saliva's dripping...

Yeah it was the experience, but I was shocked to death. It was different for you because you rehearsed it prior to the concert, so you knew it was going to be in English first before the the more familiar Filipino version. I wonder if the audience - a part at least, the faculty and current students - knew?

What, you didn't enjoy a cob or so during our Delaney days? ;-)

One of the two current snacks that could have gone back to 1908 is carioca, I think. They're glutinous rice balls coated with sugar and fried. The ones vended at the Film Center/Theater were super crispy. I remember we feasted on them on Sunday afternoons. If only I could have taken a photo....

i actually like the poem. though yes, hearing it sung in English would have shocked me too:)and nothing beats isaw from the vendor near Kalayaan. I think the snacks offered in UP now have become more "sosyal". I like the simple ones best.