The Real Deal at Lutong Macau 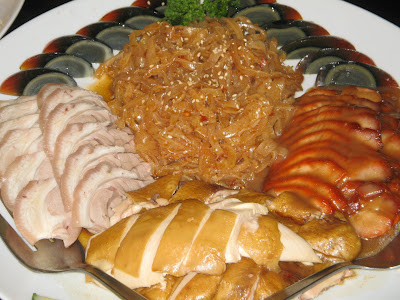 [Lutong Macau Combination Platter]
The term lutong Macau, in the Filipino slang, which literally translates as "cooked in Macau," or "cooked Macau-style," does not really refer to the cuisine in Chinese Macau, a former Portuguese colony, and a known casino den.

Lutong Macau means it's a fishy deal - like in a game, the results were rigged, or the competition results had been pre-determined. So I don't know what the owners of a Chinese restaurant had in mind when they actually named their Chinese restaurant the dubious term, with all the inferences. It surely doesn't specialize in cuisine from Macau, as it serves what most Chinese restaurants in the country offer.

But what I can attest to is that there is no lutong Macau at Lutong Macau. Ever since it opened, some seven or eight years ago, and even when it relocated, I've been a satified patron. It serves honest to goodness Chinese staples, some better than what you can find at Ongpin in Binondo (the country's premiere Chinatown), and at Ongpin prices.

At a time when belt-tightening is mandatory but Christmas festivities have to be observed, eating at a Chinese restaurant would be a wise choice. At Lutong Macau they serve lauriats fit for grander times but is easy on the budget. A set lauriat is for twelve people, but is good enough for about fifteen, or even more. Each set includes eight different dishes, with complimentary Yang Chow fried rice (or birthday noodles) and two desserts. Price ranges from Php6,000 to Php12,000, or roughly Php500 to Php1,000 per person.

I was able to take photos of the cheapest set, at Php6,000 or Php500 per person, which is about the average price of a continental buffet elsewhere. But unlike buffets, all dishes are served by waiters. And there is so much food it also feels like you came from a buffet.

All photographed dishes come from Set Menu A. The pricier sets have the more valued ingredients, like pigeon, or Peking duck, abalone, scallops, lapu-lapu, shark's fin, suckling pig. But this cheapest set is a good enough celebratory menu. 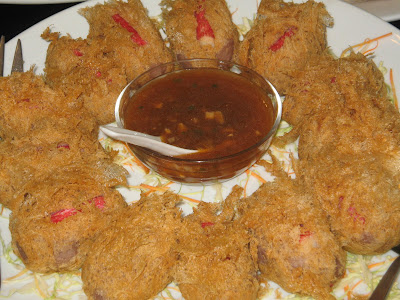 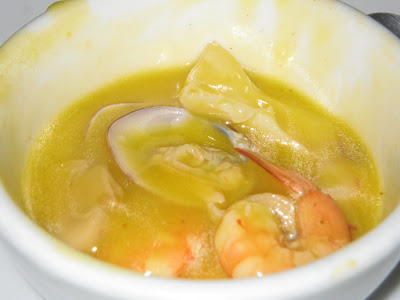 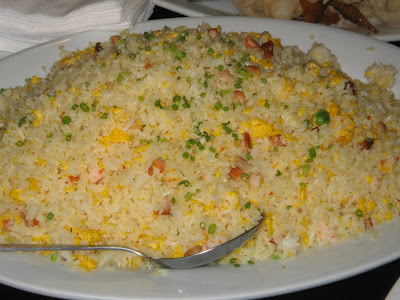 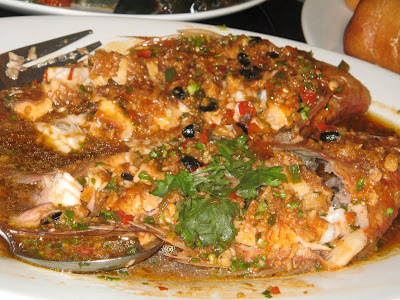 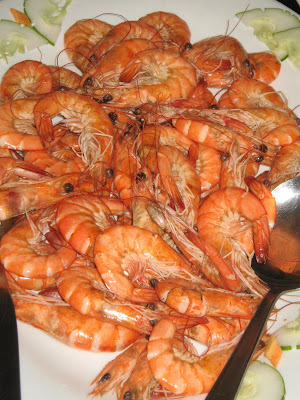 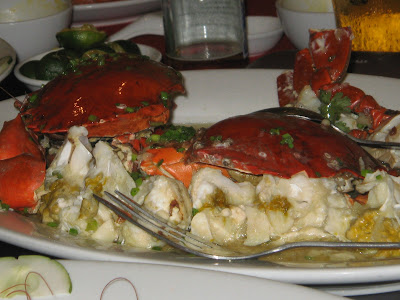 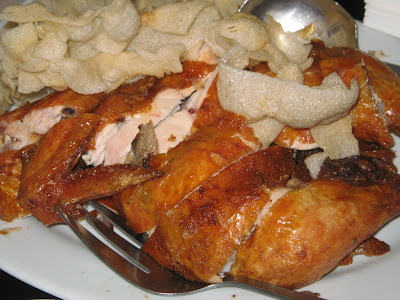 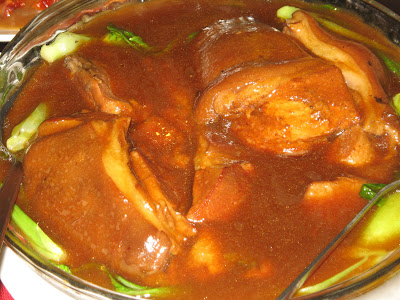 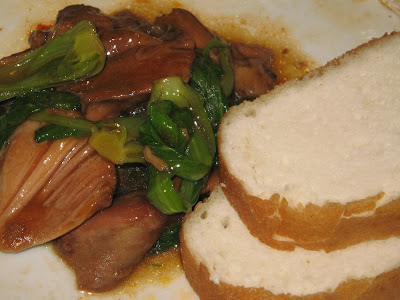 [Pata Tim with slices of fried cuapao on my plate] 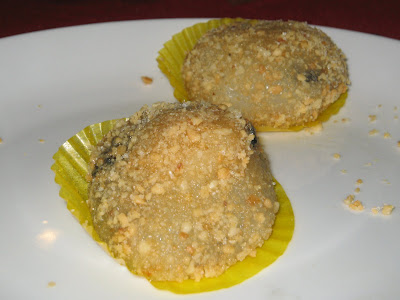 Everything looks so good. Love reading your blog -- I miss the Philippines!

Great post!
Macau is such a wonderful place for food lovers. Like they say in Portuguese, “não há outra mais leal” (there is no other more loyal).
Helder Fraguas