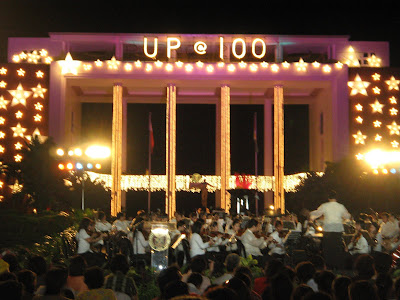 The UP Centennial Christmas lights adorning the administration building were turned on with a lighting ceremony in the evening of December 2, 2008, with subsequent performances by the UP Symphony Orchestra, the UP Youth Orchestra, and the UP Brass Band, and a sort of sing-along led by College of Music Dean Ramon Acoymo, who is a tenor himself.

The finale, which was a bit anti-climactic, was the traditional singing of the Hallelujah chorus from Handel's Messiah. The lighting signalled the month-long Centennial Christmas activities, to be closed by a Grand Centennial Lantern Parade, also an old and venerated tradition, on the 17th.

The event was somewhat understated, considering it's a centennial year. Previous years' celebrations of the Christmas lighting involved a grand concert at the UP Theater, with choral performances by the country's best (who, incidentally, are UP-based) of major works, and a 100-voice choir singing Handel's Hallelujah chorus as the traditional rousing finale. 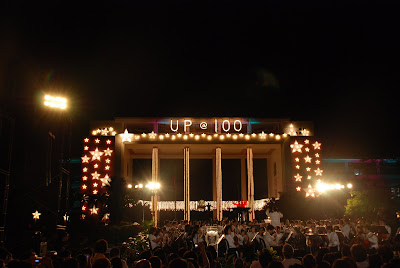 This year's concert was more "involving," though, as it was held in open air, and right in front of the university's famous emblem, the Oblation. No frills, no formalities, and the actual finale was a fireworks display. And throughout the affair there were infinite blasts of cannon fire by some unofficial participants to the revelry. Very UP. All the time I was half-expecting protesters and rallyists intruding into the festivities, as they did in the lantern parade celebrations last year. 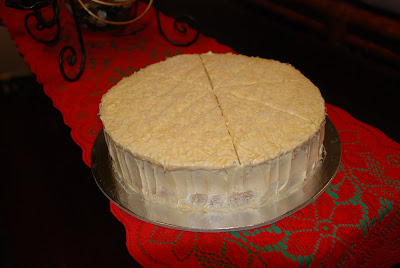 The less than stellar experience we made up for with a cake from default UP cafe Chocolate Kiss, at the Bahay ng Alumni, and shopping for centennial souvenirs, as well as barging in on the rehearsals of recent winner of international music festivals, the UP Singing Ambassadors, who were singing Christmas carols. 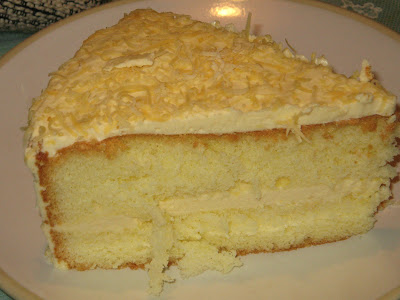 The cake was a Quezo Chiffon, layers of sponge (not really chiffon) cake sandwiching a buttercream filling liberally sprinkled with ground/powdered quezo de bola (or aged edam cheese), enrobed with the same buttercream filling, and topped with grated quezo de bola. Very in season, as quezo de bola is a cheese traditionally served during the holidays, along with salty ham. Christmas mornings are usually graced by pan de sal (literally translates to "bread with salt," though the versions nowadays are a bit sweet) filled with ham and quezo de bola, which are then downed with cups of steaming hot chocolate.