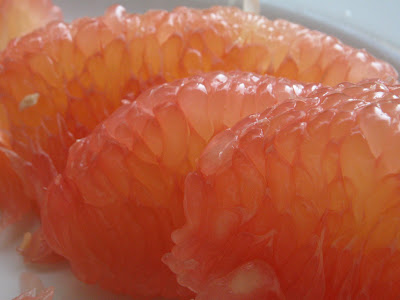 I once asked my mother what she had craved for – nan-nginewan, pinaglihian – when she had been pregnant with me. She said it was lukban.

Old wives’ tales, which many people in the provinces still adhere to, foster the belief that what was nan-nginewan defines what the baby would look like, so pregnant women are forbidden to eat anything dark or black (because of the centuries’-old national desire for fair skin), or conjoined bananas (to prevent having twins).

Though I have a peach-type body structure, I don’t credit that to my mother’s gorging on bulbous lukban when I was developing inside her womb. Her side of the family had women with really wide hips, which gave them so much ease in having children.

But maybe I developed a taste for the fruit right from when I was still a mass of cells, for I could devour a whole fruit in one sitting. And crave for it at times. And I think taste is part of the DNA that you pass on to the next generations, for my elder daughter, at four, is a more voracious eater of lukban than I am.

Called suha in Tagalog and pomelo in English, lukban is the largest citrus fruit and is native to the region of Southeast Asia. My grandparents had a tree growing in their frontyard garden, which rewarded us with large globes holding tight segments of light pink pulp bursting with juice, while I was growing up. So the taste I "inherited" was nurtured with more fruit early on in my life.

Like a proper lukban, the juice was laced with a tarty-acidic taste that somehow gives the impression of a burnt tongue, without the fire. The word we use in Pangasinan is arat, and we call lukban that has prominent acidity maarat. I don’t know the exact term in Tagalog, and certainly not in English, if there is such a translation. But arat is also the sensation one gets from cashew nuts that had not been roasted well, and the cashew fruit (which is correctly referred to as cashew apple), when not fully ripe, is also maarat. Unripe bananas, if you've ever ventured to eat them, is also maarat.

Old people believe that injuring the lukban while peeling results in a fruit that's maarat. Peeling is actually a mean task, slicing through the outer yellow-green skin and into the thick, cottony inner layer around the fruit until the pulpy segments appear. It is not easy to tell how thick the rind is, so a deep slice may result in a wound to the edible layer.

I think my grandparents’ lukban tree had come from a maarat variety. I haven’t had the opportunity to peel the fruits as I had been a child when I had eaten them, but the peeling task had fallen to my dad’s cousins and I thought highly of them when it came to household, especially kitchen, tasks.

I’m not an expert lukban-peeler, so I always injure my lukban – those I’ve had after my grandparents’ tree stopped bearing fruit – but I’m lucky that most of the fruits I’ve had have been sweet.

There had been times that I spotted some small white varieties in the market, round like an orange and only slightly bigger. I think the folks consider these as native (endemic to the Philippines ), and they were one of the sweetest, most succulent lukban I’ve ever eaten. The arat was just a hint, and just a trace of tartness in the fruit was perfect for dipping in some salt.

The photo above shows the segments from a Davao pomelo, the best-known and sweetest variety in the country. Little-girl pink, tight pulps from a small, bulbous globe, bigger than the white variety but considerably smaller than the common pink. The fruit is oh-so-sweet, sweet as in sugary sweet, that it is almost scandalous to dip it in salt. Not even a hint of tartness, and almost none of the arat, that it’s easy to wonder if it were a real pomelo.

It was part of a crate full of pomelo sent to us from Davao via a cargo plane that landed a few hundred meters from our doorstep. I had requested it from my Flynn when he was in the area, purportedly for my daughter, who turned out capable of eating three whole fruits in one sitting. We feasted on them for days, simply, or mixed with green bananas and milk, not minding the numbed molars. My aunt-in-law wanted to plant the seeds, but alas there were none, or were so tiny that she deemed them un-plantable.
Pomelo salad with honey-patis dressing
Posted by Kai at 8:01 PM

Lukban is so different to oranges. Although they look similar, lukban is much sweeter to orange.

kai,
sika so manaalay litrato ed Blog mo ? Malinlinew..
Bali-bali so nenneng to. The lukban reminds me of a dessert that they call it "ambrosia" are you familiar with that term.
Keep up the good work.

The only ambrosia I know is the food eaten by the Greek gods. Which I haven't encountered yet, hehe.