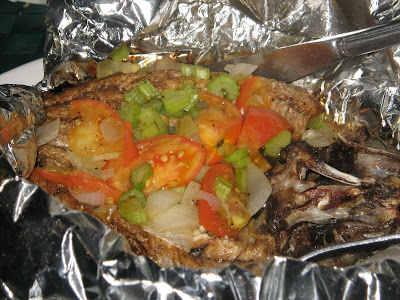 Pinaputok na Bonuan Bangus
The beaches that abound in Pangasinan are vey much accessible to everybody - not a lot of resorts have been put up to appropriate any length of shore, so that most of the sandy areas defining the Lingayen Gulf remain free to the public.

So investors/business people didn't think resorts that rely on the "artificial" waters of a swimming pool as attraction would sell. Which is why there is a dearth of choices of this kind of destination in the province. After all, who can argue about the benefits of chlorinated water?

Most pool resorts are small-scale, the bigger ones best function as party venues. The biggest one I know, Leisure Coast, has existed in the past decade or so, but somehow we never thought of trying it out.

For one, I am a beach-bum. And I always hear other people say the entrance fee is expensive - of course, when kilometer upon kilometer of beach is yours for the taking anytime, any fee to gain entrance to someplace else is expensive.

But I did get to try Leisure Coast at last - my elder daughter celebrated her fifth birthday and my gift to her was a family outing there. I had planned on holding the birthday party at the resort, but it was wearisome coordinating with the staff about the details - they didn't seem used to arranging a party via the internet despite a published website, so in the end I cancelled it, held the party at home, and went to enjoy the water park the next day.

As our wont, we spent the entire day at the resort, but we couldn't bring in food due to resort policy. All resort goers have to eat at the open-air pavilion where a turo-turo (pre-cooked food sold cafeteria-style) counter sells snacks and lunch, or order at the air-conditioned but smaller Sabina Restaurant (though I saw an enterprising group eating their baon by their vehicle at the parking area).

The kids enjoyed the kiddie pool so much that when we were able to herd them off to the pavilion most of the food was gone, while the remaining dishes had solidified fat sitting on top, so we walked the few hundred meters to Sabina Restaurant, which is near the entrance gate.

The restaurant tries to be a bit sophisticated compared to the other seafood restaurants in Dagupan City, though the menu contains the requisite inihaw (grilled) and sinigang (in soured broth).

Some of the dishes we ordered: 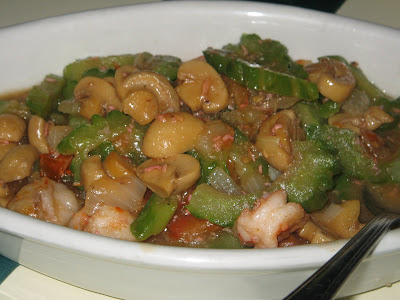 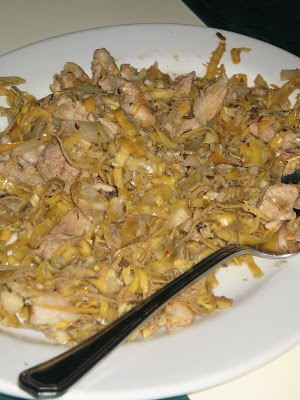 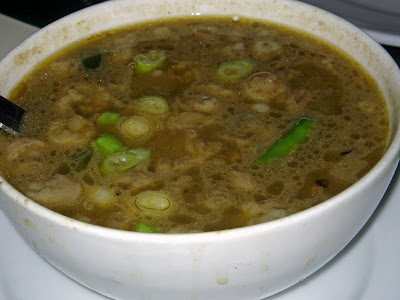 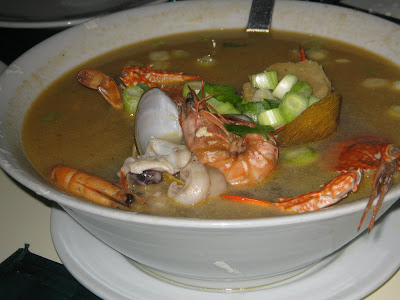 "Seafood Bouillabaise"
Most of these were good (except for the bouillabaise), served piping hot. However, I was so disappointed with the pinaputok na bangus (topmost photo) as I expected that, since the resort sits right amidst the home of the famous Bonuan bangus, it would easily eclipse most of the dishes on offer. But what we were served that day was, incomprehensively, not Bonuan bangus. And the milkfish was supposed to be boneless, but I couldn't understand why they had to serve bangus full of tiny but sharp spines when expert deboners flourish in the city.

The verdict? Maybe next time I'll take a cue from the group eating at the parking area.

Email ThisBlogThis!Share to TwitterShare to FacebookShare to Pinterest
Labels: out of town, panangan Pangasinan, restaurants

Ohhh..the pinapaitan looks delish..
We had our wedding reception there 8 years ago. If you don't mind, how much is the entrance fee per person for the resort? Thanks.

The pinapaitan tasted as great as it looks. Leisure Coast sure is a favorite wedding venue.

Water park entrance is Php175 flat rate for both children and adults. Pretty reasonable for a day-long excursion. The kiddie pool has multiple slides in the middle, there are 3-storey high slides, a lazy river and a wave pool which wasn't working when we were there.

Many thanks Kai..
Entrance fee is not bad at all.
Will sure drop by on our next holiday!

Jane
Just a tip on the water park at leisure coast. If you will try the water slides make sure don't slide on your back. You need to go down on a sitting position. Water flowing on the slide is not ample enough. I got burn in my back the last time I was there.
Don't take me wrong the place is great and actually we celebrated my parents Golden Wedding Anniversary last May 2006. So far this is one elegant place to take a vacation in the area.

Manong Bert, we didn't try the slides because I was worried for the kids about the height. And I did notice there wasn't that much water flowing down. But there was a kind of mat that people had to use to sit on to slide down. I hope that prevents the burn that you had.