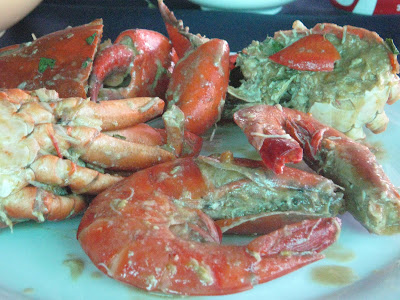 I see no glamor in eating crabs and shrimps, which require full employment of one’s craws and possible spatters of sauce and fat on neckties and blouses when a carapace proves too hard to open. I belong to the school that advocates eating crustaceans at home.

But in Davao, fresh seafood is king, and it’s glamorous to eat them. Anywhere. And everywhere. So it's not surprising there's this open-air crab buffet place named, no less, Glamour.

Before I went to Davao I had several friends telling me about the place. At Php358 per person for a buffet, I thought it was a bit stiff, considering I had a superb seafood buffet consisting of scallops, shrimps, blue crabs, fish and meats in Tacloban for only Php200 (Php220 with lechon de leche or roasted suckling pig). Granting that was two years ago and prices may have escalated over the time that has elapsed since then, but still I wasn't impressed.

But locals seem to be awed by Glamour. Upon arriving in Davao I was literally whisked from the airport to the restaurant for lunch. 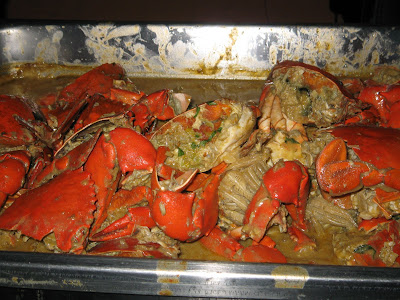 I found that my reservation was not unfounded. There was crabs with some prawns stewed in gata (coconut sauce), but that's all the seafood a diner is going to get.

Of course these are prawns, not merely shrimps, and these are crabs - alimango, real crabs with the hard shells and the hard, orangey aligue (fat), not the more common and cheaper spotted blue crabs (alimasag), which probably justifies the buffet price.

Other things on offer besides the crabs were calamari rings, fried chicken and beefsteak, some steamed vegetables and a couple of desserts. 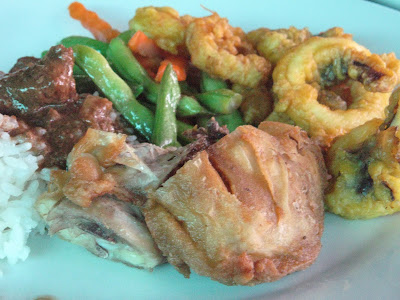 Though everything was delicious – the calamari were fresh, perfectly fried and weren’t greasy, the fried chicken was un-battered and very tasty - the selection did not warrant the price. Especially since colleagues from Manila regaled me with tales of indulging in Php99- and Php120- buffets, both having multi-seafood spreads, while touring the area. 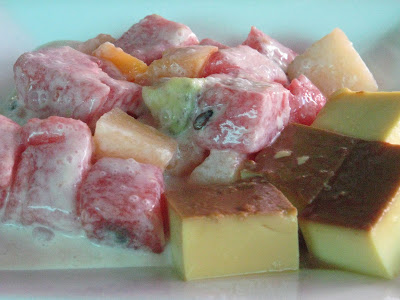 For dessert there were cubes of leche flan which had more egg whites than necessary, and an incredible fresh fruit salad - diced avocados, watermelons, cantaloupes, bananas and papaya bathed in a lightly sweetened creamy dressing. Sadly, though, the salad still doesn't make the price tag.

I was there...been there...want to go back as soon as possible to davao to have the "eat all crabs you want at GLAMOUR resto!!!!!!" SUPERB!!

looovee GLAMOUR. Despite its name, it really is an unpretentious place serving some of the best crabs I have eaten. Davao is TOPS on buffets.