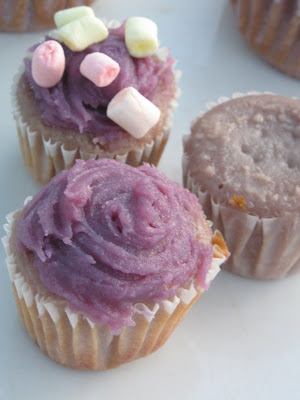 Early on in my life I've adopted the back-to-basic approach to eating - slow food, natural, balanced but with emphasis on plant sources. Perhaps this came about because I've had to deal with a hereditary, untreatable disease in the family at a very young age, and health had always ranked high in our priorities when I was growing up.

It helped that the normal, every day diet of Pangasinenses consisted of boiled vegetables and fish. In my family, no compromises were made for children. We either ate what was on the table, or went hungry.

It never entered my mind to wage a hunger strike, so even as a toddler I was already accustomed to having green things on my plate, and, more importantly, came to expect the "green taste" in my meals.

I took the lifestyle with me when I left home as an adult, but I took it even further. The things forbidden to me as a kid remained banned when I reached legal age - coffee, sodas, cigarettes. By that time I had developed unpleasant physiological reactions to them due to non-exposure, anyway, so it wasn't much of a challenge to stay away.

So I came to start a family with that attitude. Because I read a lot, I supplemented this approach to eating with other morsels of wisdom I came across many sources, the more critical of which are - that the things you eat as a child impacts strongly your adult health, and that processed foods and ingredients clog up bodily systems big time. 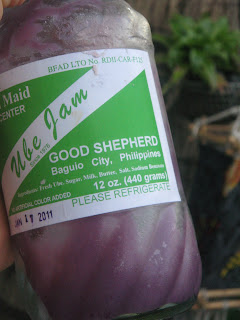 Which is why at home we do everything from scratch, or try to as much as possible. We have shelves full of cans and packages, but they are mainly from balikbayan boxes, and a lot are stuff that I cannot make yet, like dried pasta (but the husband gifted me with a pasta-maker, so that soon we won't have dried spaghetti and macaroni). More than half are bottled dried herbs, and teas.

I am of the belief that the taste you get used to as a child will greatly define the food preferences of your adult future. So we drink freshly squeezed fruit juices, and eat food closest to their natural state. This, in the hope that the kids become equipped with the "right" taste, and will reject whatever doesn't resemble it.

But the path less trodden in this fast-paced life is not an easy one. Mixes lure with convenience and consistent results. Kids pester about what TV ads bombard them with.

And sometimes, the best intentions do not always yield happy conclusions. 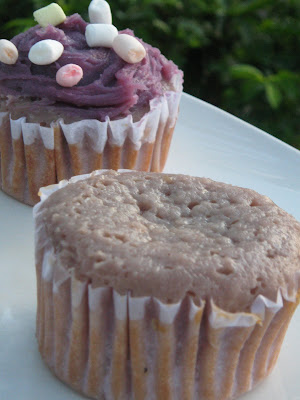 Ube is a very popular local tuber that is made into halaya, and is used to flavor pastries and many snack items. My kids love ube, but love ube-flavored stuff even more. They are always asking for ube ice cream, and ube ensaymada, and ube cake, and, especially, ube puto.

So when I was able to get hold of several bottles of purportedly the best ube jam in the country, I resolved to make ube-flavored treats.

Because the kids like mini muffins, which I make at least once a week in various flavors, I incorporated the ube into my trusted muffin recipe, anticipating lavender cups with the most forward ube flavor. 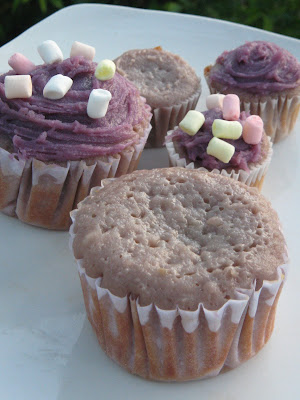 But the muffins came out pale as gossamer, the flavor just as fleeting. I had to top them with more ube just to make them look palatable, and have a semblance of the ube flavor.

Which made me belatedly realize that the ube-flavored food we've been consuming are chock-full of food coloring and powdered synthetic flavor.

You have touched on a very complex problem. Only a few months ago, there was an egg scare all across the US. There is still uncertainty about all the pesticides that go into our fruits and vegetables. And what about all the imported meat? Who knows what antibiotics they were given. I think my mother had the right idea when she said that one needs to vary the diet. Thanks to blogs like yours, we have resources from which to learn new ways of feeding our families.

Yes, it's a very complex issue, with far-reaching cause and effect that I don't think anybody could see....

Even if we choose, say, organic, or non-GMO, who could certify that they haven't gotten in touch with the more common sprayed or mutated variety?

But I hope it's not a losing battle. I'd have to raise my own chickens and cows, if it came to it, though of course, I can't say either that what they graze on would be untainted....