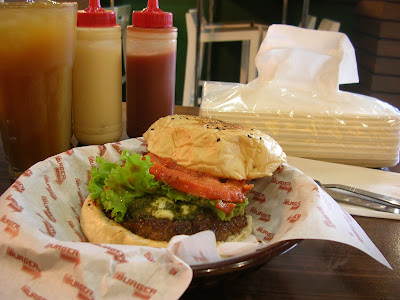 I am in ninth heaven, because the revisions to some processes in the office that I’ve been proposing for several years now have finally been heeded, with the coming onboard of a chief risk officer in the agency I work for.

The downside, however, is that the formulation of these revisions and their eventual roll-out and implementation after approval have been handed to me. The later part I am looking forward to, because I get to round up our branch network that spans the entire country. But right now I am in the thick of conceptualization and formulation with consecutive and sometimes simultaneous monthly deadlines, and travelling looks so far off. 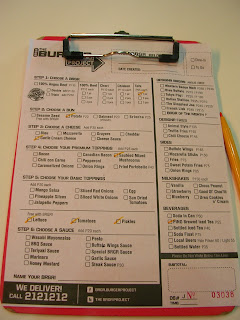 The past couple of months have all been long, continuous days of writing and writing and cross-referencing, then meetings and brainstormings. I have taken to having king’s breakfasts so I can last til the bosses are out for the day. I usually bring home-cooked lunch to the office, but when your grey matter is constantly whirring the normal amount of fuel becomes insufficient. And most times, lunchtime becomes an extra hour to catch up with looming deadlines. 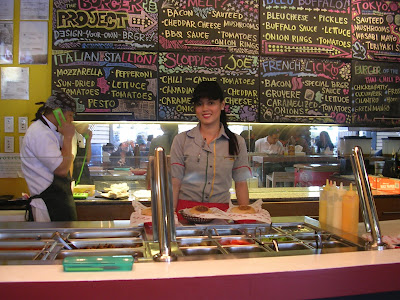 This burger joint has been my saving grace when the sun has set and I trudge wearily home. It has also offered respite in the instances that I am able to escape for a few minutes mid-day, just to check that the world is still as it was when I left.

The Burger Project is a create-your-own-burger bar. The creativity of the ordering process instantly hit a deprived part of my brain, and I loved it even before I took my first bite. You have to select everything, from the bun to the patty (and the number of patties!), to all the other ingredients - cheese, topping, extra topping, dressing, veggies. Mix and match. Have two cheeses. Combine the sauces. Make a pizza topping.

All the choices and decisions one has to make to be able to order just one burger may be daunting and wearisome, especially if it has been a tiring, toxic day. But for me, no matter how my brain has been stretched and spliced and kneaded, the activity fulfills a repressed longing that my thought processes resurrect to second life. 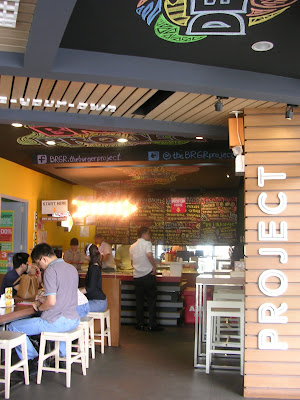 I have been mostly analytical since I became employed due to my line of work. Two years into my job I took a test that determines which side of my brain is more prominent, and I came out a leftie. It chilled me a bit, because it was contrary to how I previously lived. This blog is part of how I deal with it, as I thought I needed to have an outlet for that dispossessed part of me.

The Burger Project is an exercise in full possession of the owner’s creativity. When one steps into the tiny place – just a slice of space, a building corner walled off to separate it from its more normal adjacent sister restaurants – the inspired vibe bursts in your face. The planed representation of burger components adorning walls immensely contrasts with the black cabinet doors that serve as background panel at the ingredients bar, announcing in a kaleidoscope of colored chalks the pre-designed burgers for those who have problems with choices. 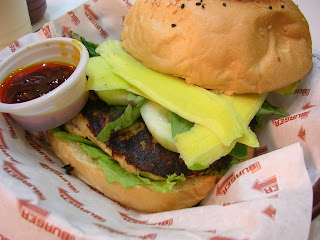 To illustrate how uncontained the ingenuity of Burger Project’s creator is, the ceiling extends the panel and boasts more colorful whorls and swirls. And to demonstrate how all this can affect diners, after my first visit I was able to conceptualize my own create-your-own bar, down to the last details like napkin and rugs, in the time it took me to go home, settle down and fall asleep. Or I think I wasn't able to fall sleep that night. 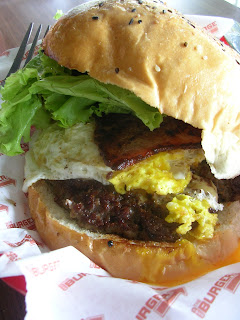 All cannot be praised to high heavens, though, which takes me back to earth and grounds me to the humanity of it. The pesto, for instance, was bitter both times I ordered it. And because I paid for each component of my burger separately, I expected that each would make a splash in the bun taste-wise. However, many times I had to ask the server if my cream cheese had been forgotten, or the sun-dried tomatoes had been put in. For they were shy and undetectable, and didn’t make much difference to my burger. 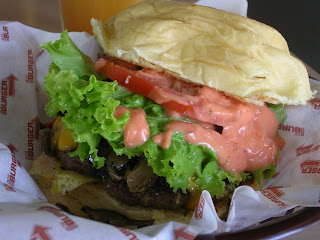 It is actually ideal to just order the patty in the sesame seed bun (free), a slice of cheddar (P35), or the blue cheese if you're up to it (or both, who's barring you?), and the pickles, tomatoes and lettuce (all free). No need for any fancy dressing – the chili is also off, the special burger dressing is an inferior thousand island – because a set of bottles containing mayo, catsup and hot sauce will be served along, though the number of sets they have is not enough for all the tables in the joint. 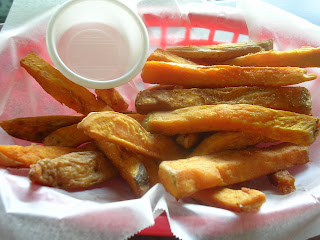 But mayo and good catsup are all that a cheeseburger needs, in my opinion. Good mayo much more. I hate it that the mayo here is a commercially mass produced brand. But the cheeseburger would come to a total of just P145 for the Angus beef patty, as opposed to a loaded version that could reach P200 or more. With a glass of the refreshing and must-try house iced tea, a meal can cost P250, still without the fries.

I don’t like the designer fries, but the kamote chips are properly salty and crispy and unparalleled this side of the globe. And never mind the wings. With the more than 200,000 combinations possible in a burger, that’s what I keep going back for.

Mmmm meat...brings out the caveman in me! So when's our next date? (Though I have to make sure that I go to the gym before indulging in this primeval treat of sorts...!)

I get you. I actually came here one time asking if I could order all the veggies but not the patty, but the patty is required. There's tofu, though, and chicken, the lighter choices.

No worries. I'm eating MEAT when we go there. Split it perhaps to avoid the guilt, LOL!