A Weekend at Casa San Pablo 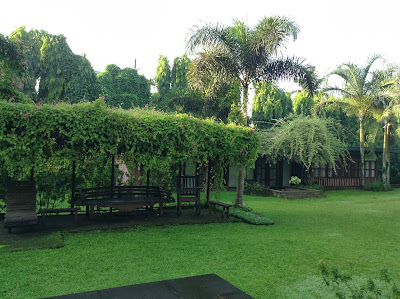 I am on the homestretch. I have secured the necessary approvals for my (unexpected) office project, which, after the first approval, gave birth to another, and another, until I had in my hands a total of four projects with the go sign. In between approvals I formulated and wrote the implementing guidelines, and now just two final signatures are needed and they’re all raring to be rolled out, across the country. 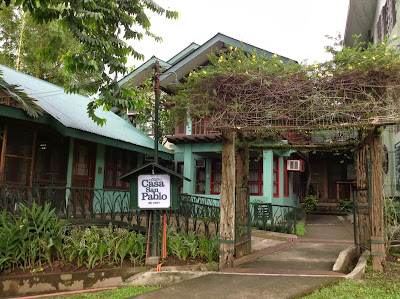 But I, too,  am a mother, and where kids are concerned things do not take a backseat to a job, never mind that the job is sending them to school. So amidst all the pressure at the office I had to take time to train my children for extra-curricular activities, design and execute costumes, actually be present during the presentations to cheer and to document, aside from assisting them in reviewing for their regular exams. To top it all off, my son, who declared last year that at ten he was too old for a birthday party, suddenly wanted one this year. 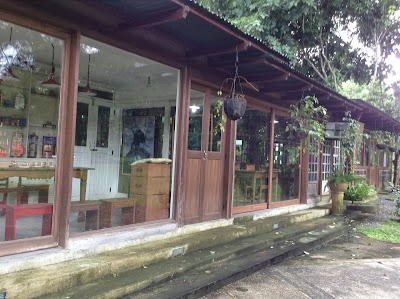 I am never one to refuse a party, so I rose to the occasion. I planned, enrolled in a dim sum making class, went to Divisoria during Saturdays and thank-God-there-are-holidays, made invitations and party favors during office breaks. I prowled the accessory sections of department stores during lunch hours, sewed sequins, beads and bells late at night. There’s nothing like all the research and analysis I’d been doing at the office to fuel my need to be crafting and executing with my hands. 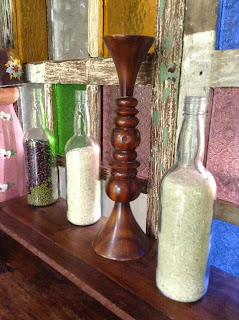 I realized that it’s never too late in life to learn efficient time management. I have accomplished so much in a span of six months, yet still managed to run a house, keep a job, and go on raising three kids. Mid-way I actually even went out of town to take a break, which turned out to be partly responsible for keeping me sane to this day so that I can see everything through. 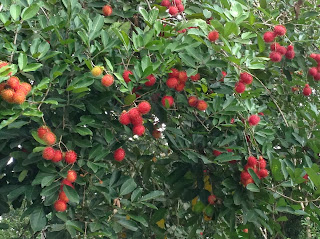 Now that I can breathe again, I’d like to share that mini-vacation. Just an overnight trip really, two hours away from Manila. Spent Friday night soaking in the hot spring in-room pool of City of Springs, and by Saturday morning we proceeded to Casa San Pablo to catch the in-package lunch and to revel in the afternoon lull.

I waited for a Saturday night vacancy at the inn for more than a year before I was able to get a casita. It usually takes months of advanced reservation, but on the week that I thought I could not last for a few more days at the office I was able to get the best-selling room with just two days advanced notice. 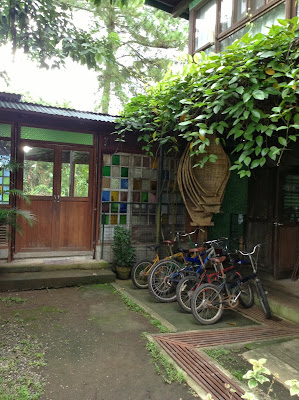 So we went, and let the relaxing pine-tree-surrounded bed and breakfast complex wind me down. Lush vines to the point of being almost overgrown, green grass all over, winding paths and foliaged secluded corners, tall rambutan laden with red globes like Christmas trees. Stained glass windows, antique curios and knick-knacks, wooden candlesticks, clay dolls. Woven hammocks, bikes, a planked bridge that crosses a creek, sort of demarcating the outer and inner sanctuaries, and signals that you are now away from the hustle and bustle that has become San Pablo City. Meals served like you are a treasured, invited house guest. The place, and the innkeepers, we are a kindred spirit. 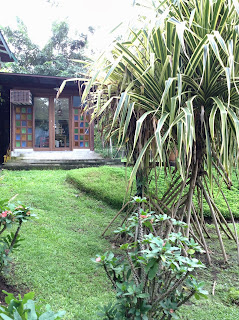 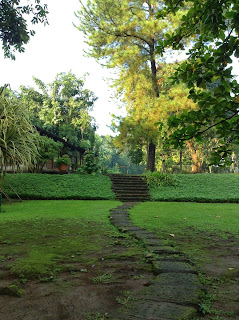 It was just unfortunate that on the weekend we were there, a group of 80 Citibankers on their teambuilding activities were all over the place, screaming and shouting every other second. The place crawled with them, and they invaded the dining hall until midnight. Casa San Pablo seems to be a favorite teambuilding place these days, which doesn’t really jive with the ambience and to the discomfort, at the least, of the other guests, although the serenity could not really be overcome by eighty screaming twentysomethings. 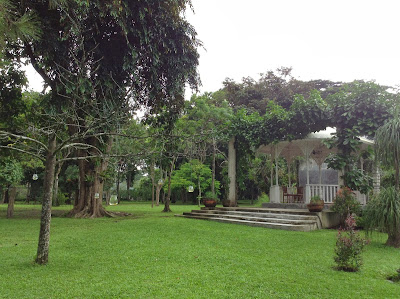 Anyhow we sought solace inside our casita, which miraculously screened out all the noise. And I woke up early the following day to have the place to myself, walking around and soaking the invigorating atmosphere. Good thing the screamers slept late. And the innkeeper, Boots Alcantara, was all apologies. Next time I’m going to ask if there’s a group activity scheduled for when I plan to stay there. For yes, I’d like to go back. And my youngest daughter made me promise that the next time there’s a four-day weekend, we should be spending it at Casa San Pablo. 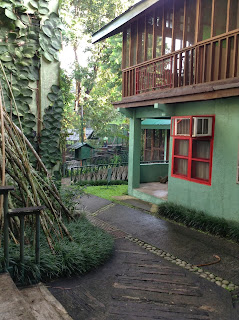 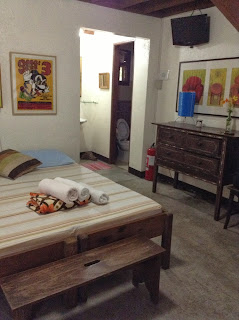 Sunday morning some friends from Manila arrived to pick us up en route to Lucena City and the surrounding municipalities of Tayabas and Lucban, but gladly let themselves be detained at Casa San Pablo to enjoy breakfast, and be entertained by Boots, who let us inside the wonderful brick house of his mother, who in turn was a very gracious and very entertaining host. I was very happy for that, for I found my dream house. 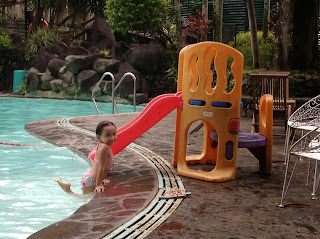 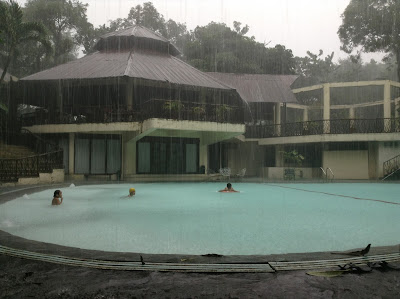 The innkeeper requested me to give feedback at Trip Advisor. I’ll be doing that soon, but I decided to write this down here first. For the place deserves more than just a comment. Separate posts, too, about the food in the next few days. 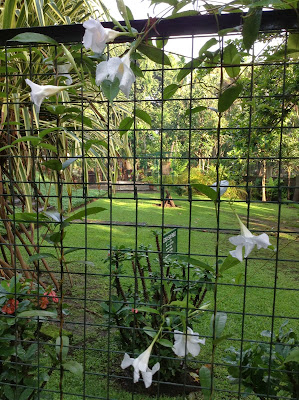