The Cakes That Did Not Make It To The List 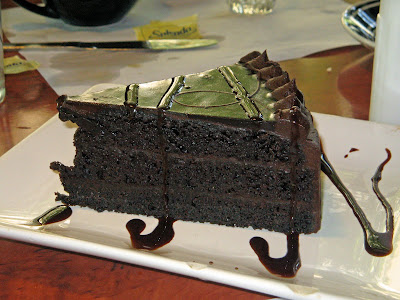 
Cake of the Month


When I started this blog I vowed to publish only good reviews and just keep silent on my bad dining experiences, if any. But early on I realized that perspectives change when your choices and selections are made for the purpose of writing about it.

I also realized that I cannot cover each and every item that can be categorized under the general topic food. Which became a quandary, because if I kept silent on the bad, they would have been treated the same as the good that I won’t be able to write about.

So I have published some posts berating restaurants, though they are few and far in-between.

In the course of the past year I became very much involved in commercially as well as privately baked cakes for my cake of the month series. For each cake, there were about two to three that the family sampled, but which didn’t get actually featured for various reasons.

One main, underlying reason being, it wasn’t good enough. For the few months after I started the series I actually encountered a lot of cakes which elicited frowns and stares from whoever I was sharing it with.

Which made me decide that after everything is over and done with, I would compile all those cakes – all those fat! the sugar! – in one post. In retaliation for the money unduly spent, and the 40 pounds I gained these past twelve months.

So be warned. [Name of the cake is italicized, name of the bakeshop in bold letters] 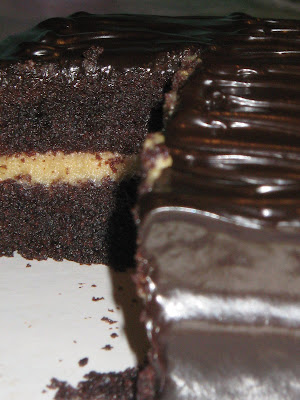 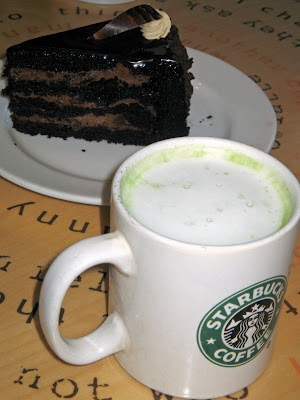 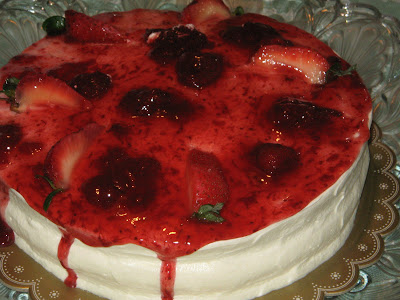 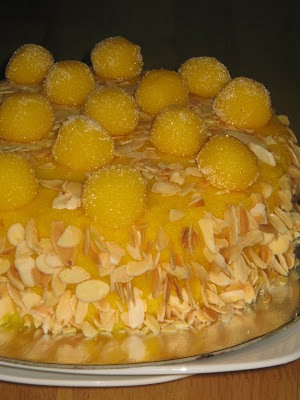 Needless to say, I did not venture to try another cake from that top 20 list. And never will. 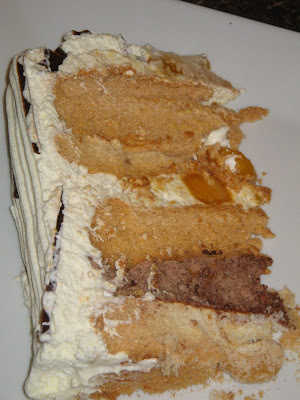 [a slice of Conti's Mango Bravo]
what's so bravo about the mango?where is the mango? 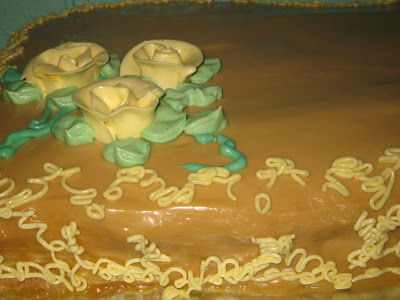 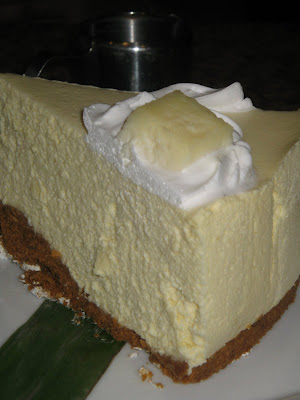 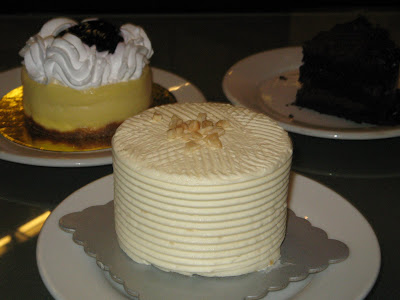 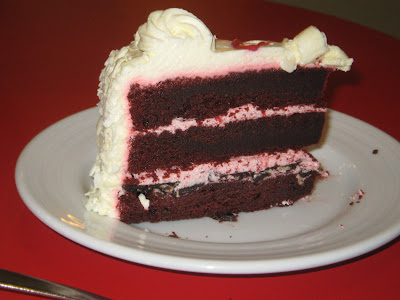 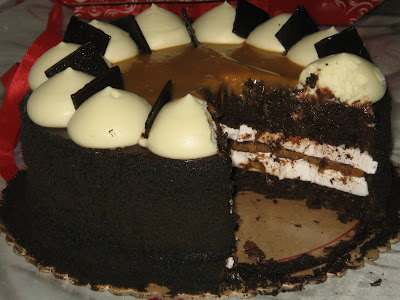 Email ThisBlogThis!Share to TwitterShare to FacebookShare to Pinterest
Labels: cake of the month, malamis (matamis/sweet)

Glad you liked Karen's Kitchen coz it became a favorite here in the office since we had their Chocolate Ganache cake last December. BTS is way better than their strawberry cake. I recommend you try their mango cake especially now since it is in season.

Never buy cakes at Becky's Kitchen! when I say NEVER, I mean NEVER!=P it's too dry and unforgetable. Just go for all their brownies and add some crinkles too.

Oh okay, mango cake then. I'm actually impressed with Karen's cakes - very fine, so elegant and lady-like, except for that strawberry shortcake.

About Becky's cakes, yes, I know that now. But there are a lot of fans of that Swiss cake who swore to heavens. Egads! ;-)

I had to comment about the kAHLUA Chocolate cake, can you read the name of the cake again, that is why it's called Kahlua becoz it has alcohol content..... duh!!!

Yes I generally avoid cakes with liquor prefixes to them, although in cooking/baking with spirits the alcohol content usually evaporates with the heat.

Note that I don't have any disparaging word about Attivo's Kahlua Cake - I was just describing my physiological reaction to it. I was saying that I could have included it in the monthly feature, if not for my defective (!) system.

And that is why the cake is highlighted here in this post - for those who have no problems in ingesting alcohol, this Kahlua cake is awesome.

Keeping mum on ur bad cake experiences wud hav been the better decision. Tastes and likes are subjective and differ from omperson to person. Giving negative reviews on cakes you or ur family didn't like is unfair to the cakes and cakemakers you judged with your senses.