Of Carabaos in Tuguegarao 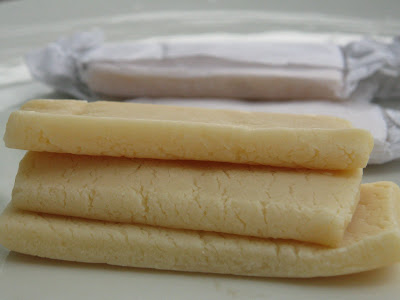 Carabaos (Bubalus bubalis carabanesis, a subspecies of the water buffalo) are the beast of burden in the Philippines. They are considered sacred, though the idea of working hard something that is sanctified is a bit conflicting.

But the kalabaw is not deified like cows in India. Rather, it is accorded respect, even treated as a family member, for its role in a highly agricultural country whose people would rather die than not have rice in every meal.

So that it is one of the country's national symbols (pambansang hayop, the English translation doesn't sound right to my ears), and there was once a law forbididng the slaughter of young carabaos for food.

I grew up observing my elders procuring carabao meat on the sly. Unlike other Filipinos, Pangasinenses prized carabao meat, marinating and drying it under the sun in a tapa called pindang. It was tastier than cow's meat, though tougher because only old carabaos unfit for work were allowed to be slaughtered then.

In Tuguegarao, though, and I've heard all through the Cagayan region, carabao meat is traded and eaten freely. It can be ordered in any restaurant, it is available even in karinderias, and it is an indispensable ingredient in Cagayan's famous pancit.

But in Cagayan, other carabao products exist which do not need the sacrifice of a beast of burden's life. One is milk, but since this is perishable, it is also found in other forms, more famously, carabao's milk pastillas.

What's always purchased by our office in the region is the Alcala brand. Going through the pastillas section of the grocery store in front of my hotel in Tuguegarao City, I found another brand, Teaño Alcala, which was more expensive.

I could not find any difference between the two, though. Both were dry, chewy milk candies that seem to have been made from powdered milk, and the flavor of carabao's milk was not distinct.

Maybe I'm biased, but soft, milk rolls covered in sugar crystals are the definition of pastillas for me. 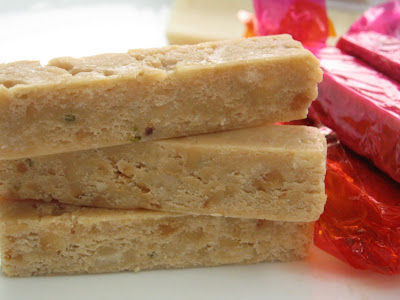 I spent about thirty minutes rummaging through that pastillas corner, looking for other things to bring home. I spotted some peanut pastillas, and I thought it would be nice to add to my loot, having had good experiences with anything that had peanuts in it from other places I've been to.

And lo, it was the great find of the trip. I think it should be representative of the region rather than the carabao's milk pastillas. It is still made of carabao's milk, but only to hold together chunky but soft peanuts in long, thin cuboid pieces.

Upon opening the pack at home I almost threw it away upon noticing black-green specks dotting the pastillas, which were evident through the cellophane wrapping. Good thing I checked the expiry date, then closely inspected the mold-like dots. They looked like small pieces of green peppercorns.

But I soon found out what they were when I tentatively bit into one - preserved dayap rind! It made all the difference in the world of peanut pastillas!

The candies were slightly sweet, though not overly so, but tangy-citrus bursts punctuated every other bite into the pastillas, that I could not stop munching on them. It was too late when I realized I have finished the entire pack, in one sitting.

Now if only dayap zest were incorporated into the carabao's milk pastillas.... 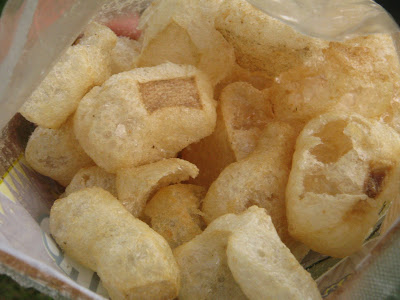 The chicharon I came to know as a child were crispy, airy cubes that were splashed with spiced vinegar, sold by vendors who went onboard provincial buses. These sometimes had a stray black hair on them, and carried no hint of crisp-fried meat whatsoever. They were sold in unmarked, thin plastic bags that I knew were passed over a candle to seal them.

Now I know this kind of chicharon is made from carabao skin, which explains the black hair. A friend from Bohol once told me it was easy to make chicharon - just dry the skin under the sun, cut them up into suitable pieces, and deep fry. Apparently, lots of carabaos were slaughtered in Bohol. I haven't tried making carabao skin chicharon because carabao skin was nowhere to be found in Luzon (though not in Cavite).

But this trip to Tuguegarao took me back afresh to my unspoiled years. In the same grocery store where I found peanut pastillas there was a shelf full of "branded" bags of chicharabao, or chicharon-carabao, and in different flavors to boot! Garlic, vinegar, spicy, it was incredible.

I noticed that these chicharon were a bit "sanitized," though - no stray hair, looking a bit bleached. But what was awesome was that they tasted, and felt to the tongue, the same as my childhood chicharon.

We never called chicharabao my childhood chicharon, or even acknowleged that they were made from carabao skin. This was probably to hide the fact, because anything made with carabaos were considered inferior, or maybe to deny that carabaos were really being slaughtered.

But the law forbidding carabao slaughter has been lifted, and it was with great flourish that I presented packs of chicharabao - in all flavors - to my children as pasalubong, to share a bit of my childhood with them. Never mind that the youngest started to whine, remembering the carabaos she saw in Trece Martirez City that she wanted to take a photo with.

I only had to say I rode a cart drawn by a carabao once, back in Pangasinan, and promised that whenever I went back to Tuguegarao I'll bring her along, and she calmed down, and brought her attention back to the chicharabao.

just looooove carabao meat - pindang. i find it more flavorful than regular beef, or any other meat.

Thanks for the info! I have been running around Tuguegarao like a headless chicken trying to find all these items. Now I know where to find them.