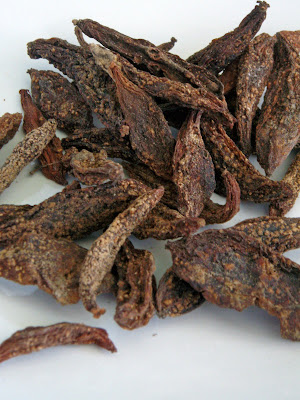 I have only recently discovered that dried bilimbi, or tuyo/pinatuyong kamias is available, sold in the public markets (or at least in Cavite).

During the rainy season about a couple of years ago I had had a sudden craving for a mild sinigang, but fresh kamias could not be found. I had asked vendor after vendor, until one replied that she only had the dried kind.

I had never used the dried kind before, though I had heard that Filipinos abroad take it with them. An aunt-in-law had actually made it one instance, and said that it had been such a pesky task, because the fresh fruits had to be spread directly under the sun (I think she had placed them on top of her roof), and had to be constantly turned over and over, several times a day for about a week, or until they had been properly dried out, like a raisin, or a mummified, malnourished prune. 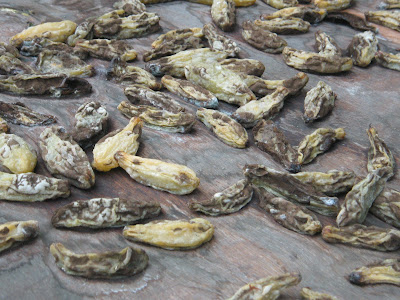 {in the process of being dehydrated}

With my market discovery I think it is much more convenient to buy, because in Cavite a pack of about ten pieces sells for Php10. This is enough for a fish sinigang good enough for 4-6 people.

Of course if I had a tree that's dripping with kamias, I'd dry the surplus, too. For I found that I, along with the kids and the nannies, actually like the dried kind better than the fresh! The sourness is concentrated, with a mellowed out, mature kind of taste, and the acidic tartness is completely gone. It is similar to the intensity of sun-dried tomatoes. The resulting soup has a somewhat sweet edge to it, and has a nice, golden color.

Strangely enough, now that it's kamias season, the dried kind cannot be found. So we've been using fresh kamias in our almost daily sinigang, but we're sorely missing the intenseness of the dried variety that I'm seriously considering buying a kilo, even two, of fresh kamias, to dry in the summer sun. 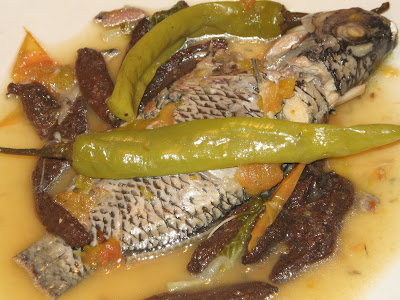 We used to have tilapia in fresh kamias soup, with native pechay, tomatoes and ginger, almost weekly. But now we prefer it with tuyong kamias. 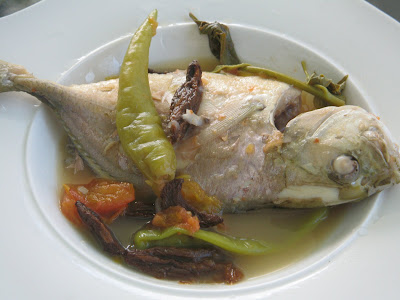 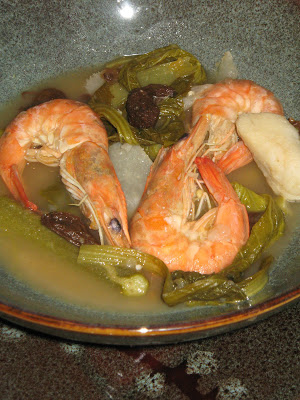 {with prawns or shrimps, mixed with bok choy and sliced radish} 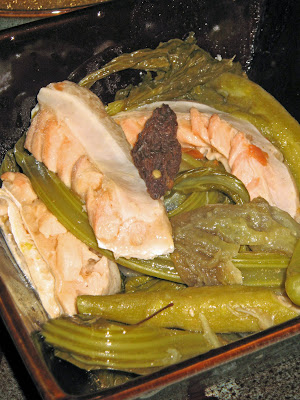 {and even with salmon belly, plus mustard leaves, okra, gabi (taro)}

im selling kamias at php 25 / kilo...will you be interested? where do you live?

Hi! Is it 25 pesos per kilo of dried kamias?