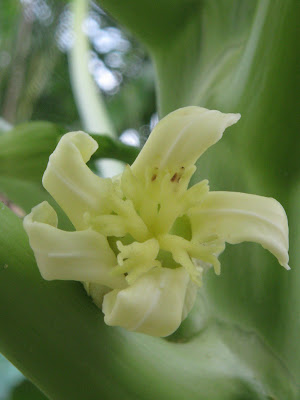 My heart goes out to all those who are facing undefinable loss at this time from the monstrous earthquake and tsunami that ravaged Japan. I spent a month going around the country one winter years ago, marvelling at the delicately beautiful landscape and ancient structures, at the same time gaining many tomodachi Nihhon-jin. I failed to keep the communication with them over the years, and my prayers now are that they are all safe, especially my host families in several locations.

I am certain that it is difficult to hope so approximate to the disaster that happened only a week ago, with more horrors arising every day. It’s coincidental that I’m reading Gail Tsukiyama’s The Street of A Thousand Blossoms (2007), which recounts how Japan rose from the ashes of World War II from the veiwpoint of two little orphaned brothers.

Newspapers proclaim last week’s catastrophe is the worst for Japan since WWII. Although the losses may scar for life, I am of the belief that Japan's sun will rise again, just as it did more than half a century ago. As the NY Times’ book review states, "…the end of war doesn’t mean the end of tragedy. At the same time, tragedy doesn’t mean the end of hope." 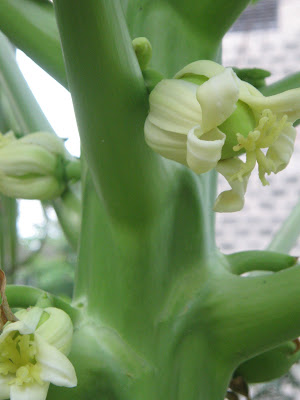 As I mentioned previously, my two papaya trees by the side of the house were uprooted last year by typhoons. Those two came from seeds which we dried from ripe fruits that we had for breakfast. Little did I know that another tree had taken root somewhere else, on its own, without any intervention (we were taught in elementary school to let the seeds sprout then transplant them).

There’s a place at the corner of the property where we live, adjacent to the perimeter and away from the house, where we gather all plant trimmings to let them dry. It is by this patch that a papaya tree had flourished, and at only about ten feet high it is already laden with many small fruit. 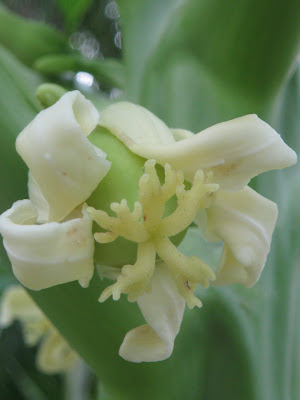 Unlike with the first two trees, when I worried about castration, papaya fruits proceeded to develop underneath this one’s velvety, ivory flowers even without any other papaya tree in sight. Perhaps it benefited from the fires that burned the dried trimmings, smoking the papaya tree.

But now I’m concerned the tree wouldn’t be able to bear all the weight of its fruits when they get bigger. My tot has found three small fruits lying at the base of the tree, but I think those were the result of gail force winds that brought cold but not rain which have plagued our area lately.

I am terribly protective of the fruits right now. Not like a mother, though, but due to vested interests. We regularly have unripe papaya as a vegetable, developing an inordinate fondness of it in the children. And they love ripe papayas for breakfast, too, especially the cutimbew, who doesn’t mind the added trips to the bathroom it induces. 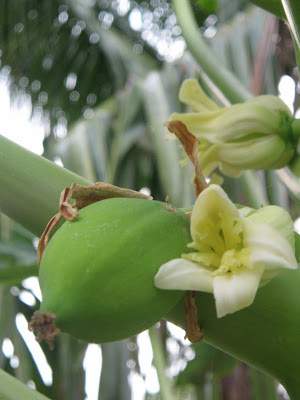 So I hope it gains the needed strength to be able to support the impending weight of its maiden produce. I hope it does. But I won’t despair if it doesn’t. For I have understood that nature gives, but also takes. Though there’s always hope. Hope that whatever is taken, something else is given back for it.

we also had a papaya tree in our backyard in quezon city. too bad i failed to appreciate it at the time. haha, amay cutimbew su yugtan yo? macapalec cayo.

Manong Jerry, kamusta? On, wala may kutimbew ya mangga. Say tawag bioko. It's commercially traded and exported to Japan and other countries. Price per kilo is higher than the regular carabao mangoes.