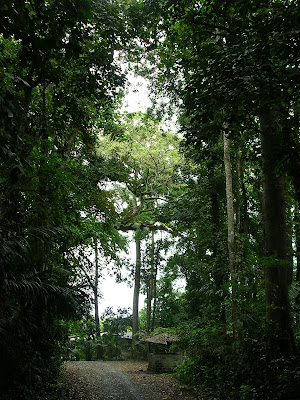 It's almost the summer season, but not just yet! Department stores have undressed their mannequins, and the many colorful swimsuits make me want to crash-diet. But no, the skies have been thick with low clouds, and the winds still blow cold in the evenings. And PAGASA said summer is still a week away. 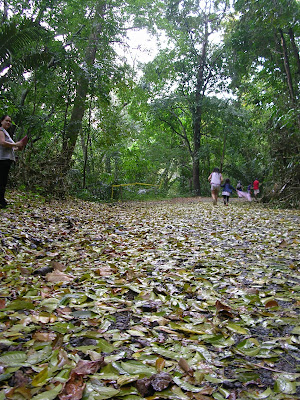 So we took advantage of the lingering cold by submerging ourselves in the restorative waters of Mt. Makiling. We were in one of the many hot spring resorts in Pansol, Laguna for an overnight swimming party to celebrate a birthday. 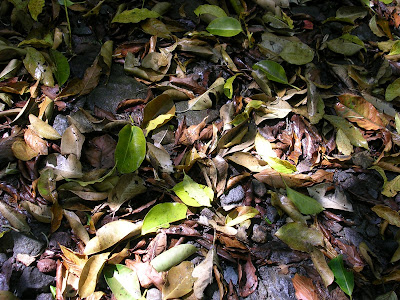 We were up early the following morning, since an overnight booking is only until 6AM. In a totally unprecendented and unplanned moment, we found ourselves on the slopes of the inactive volcano, right at the start of a long-used trail, in nothing more than our pajamas and slippers. 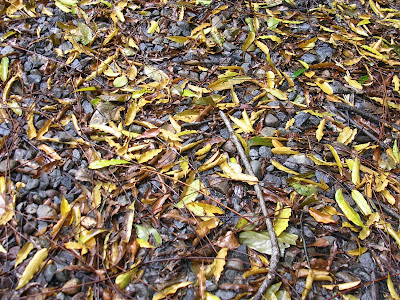 We were three families with ten kids from five to eighteen, and not a squeak was uttered against an early morning trek despite little sleep and much physical exertions the night before, and practically no breakfast. Andito na tayo. 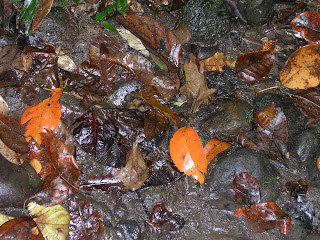 It boded well, and foretold the general atmosphere of the entire adventure. And it was undeniable proof that the kids were our very own.  For these friends with me were my companions during numerous weeks-long travels across the country, and months-long tramps around the globe, in our own youth. Two generations of kaladkarins. 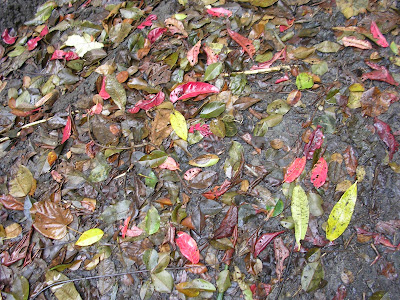 The asphalted trail, which is actually a two-lane road﻿, goes up to the summit of the believed-to-be-enchanted volcano. Obviously we were not appropriately prepared for that hike, but less than a kilometer on, which is the trail's Station 2, a small trail approximately 900 meters long forks from the main one, leading along steep slopes and thick foliage to a granite chasm carved by a shallow but ebullient brook called "Flat Rocks." 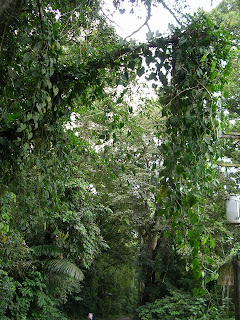 Along the way it began to drizzle, and the otherwise manageable trail started to get muddy. The light rain persisted throughout our trek, letting us truly experience a rain-forest. 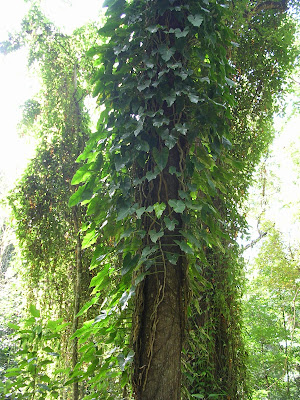 Back to the main trail we checked with everybody for the next leg – an uphill hike of more than four kilometeres to the location of a mud spring. Unexpectedly nobody complained, and the kids grouped together and went ahead, traipsing and hopping  and bouncing every which way. 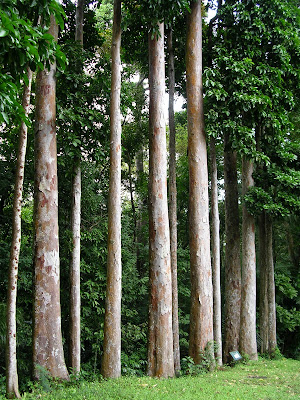 a stand of majestic narra trees 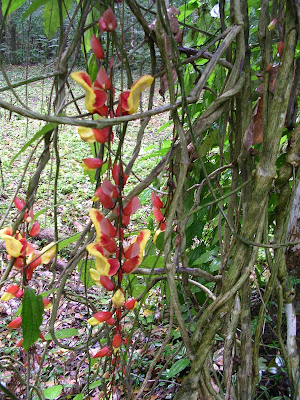 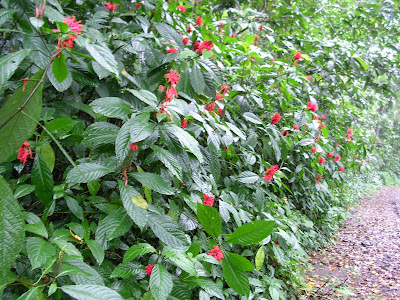 The adults straggled along, while another mother and I brought up the rear with the three bunsos, who tarried posing for photos amidst hedges of blooms, inspecting leaves in primary colors, taking a pause to listen to cawing monkeys invisible in the canopy of giant trees, looking for walking sticks, and finding rocks to sit on to rest their short legs. 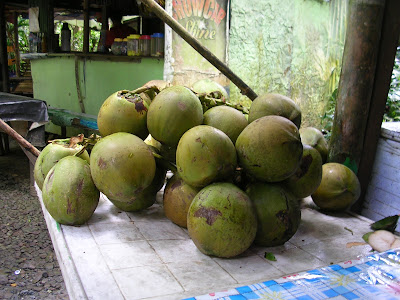 At the 4km mark, at Station 7 by the rainforest garden, were three huts where we stopped for fresh buko.  The juice was unbelievably sweet, but expensive at Php15 apiece. They also uncomfortably filled our bladders, and it was unfortunate that the only comfort room was at the start of the trail, 4 kilometers back. 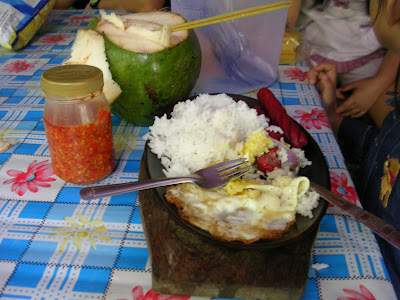 Various -silogs were also on offer, served no less on sizzling plates with bottles of spiced vinegar, soy sauce, cracked black pepper, and an outstanding chili sauce that looked homemade. 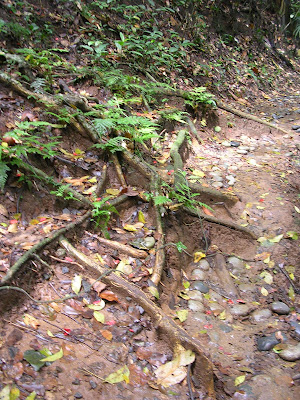 When I arrived with my little group I found out my elder daughter had gone on ahead to the mud spring trail 700 meters on with two kuyas without stopping to eat or drink. When I did get on the trail (Station 8) with the little ones I dared not think how my elder kids were faring, or my heart would have stopped. 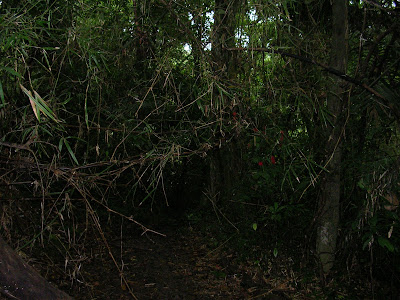 For like the earlier trail, portions were just slope edges held by large hardened tree roots, and brambles barred the way in several places. The right side fell to deep ravines  for most of the way. It was best to go as fast as can be managed, and not think. 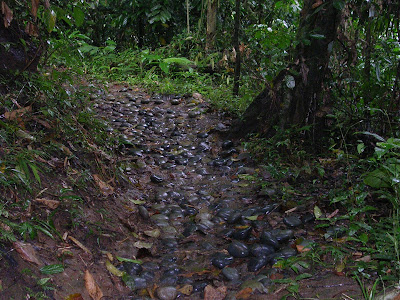 But the trails are well-cared for. Parts were paved with large river stones, and thorns had been trimmed. 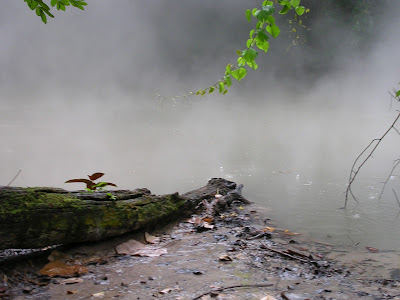 And our goal was nothing short of breathtaking. The mud spring is actually a mudpot, a pool of bubbling hot mud made from volcanic ash and clay. Due to the rains it was filled with water, and it became a bubbling hot pond. A thick mist from the vapors sat on it unmoving. It was eerie. It was spectral.

The temperature was 80 degrees C, and I wondered how it would be were we able to wade and sit in it. We could not, however, for it had been fenced off, with a warning not to go near it. 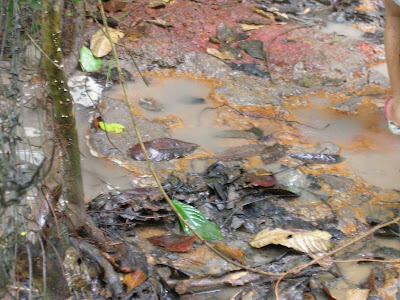 The rains poured at that point, so we stayed for a while huddled under the trees. Some from our group scooped the water spilling from the pool that ran out of the fence, and rubbed it onto legs aching from the hike. 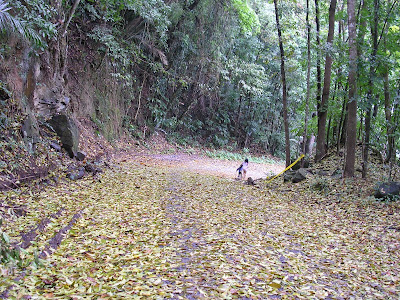 The walk back seemed shorter since it was downhill. But we took our time, marveling at hanging huge-leafed vines and the soft carpet of fallen leaves at our feet. Intermittent groups of bikers going uphill and back passed us by with greetings of a good morning and an "ingat po." 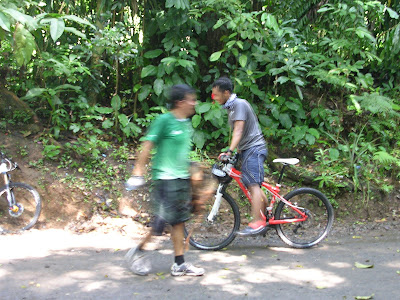 Other groups of hikers were also coming up. But some were in high-heeled wedges and dainty sandals, and I pitied them for being so foolish as to dress up for a muddy hike. More's the pity that they won't be able to go through the trails. 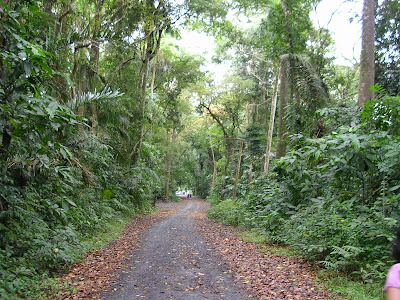 Maybe Mt. Makiling is really enchanted. We were fatigued, and we were drenched, but nobody came up with even a little sign of a cold. Not even a delicate little sneeze. I had been worried, for we lacked sleep, and we were able to change clothes five hours after starting the trek. But mud spatters on the back of our legs and mud on our feet were all that blemished us.

Mare how nice your write up re our rain forest adventure :)

What a beautiful little look into another part of this world I live on.

an unforgettable spontaneous adventure with so many to relive it with!