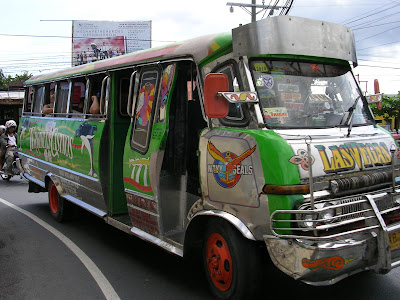 A Bisita Iglesia among the churches in the coastal towns of Cavite is a trip down Philippine history. Churches several centuries old stand beside edifices where many of the country’s defining moments in nation-formation happened, if not in the churches themselves. When the Spanish colonizers came the church was used as a means of conquest, and so religion and governance interlapped, and even functioned as one.


The Katipunan flourished in the province, from which emerged the first Philippine president. Incidents of betrayal, which may have changed the course of history and which hound historians to the present time, also happened in coastal Cavite. And Cavite is counted as one of the first eight provinces that first declared revolution against Spain, and so it was consequently immortalized as one of the sun’s rays in the country’s flag. The event that led Cavite into the foray happened in one small coastal town.


Religious fervor will be amply rewarded. One church is a diocesan shrine, while two churches host two miraculous images that have inspired devotion and fealty for centuries. Five of the seven were Jubilee churches by the turn of the millenium.


Architecture enthusiasts will be happy on this route. Most of the churches are in the Baroque style, excellently preserved, and one is neo-Gothic. Houses from the last century intersperse with modern ones along the way.


Coastal Cavite also offers a broad sweep of the food culture in the province. Stands of freshly-caught mussels and oysters adorn the roads leading to the churches, distinctive kakanin and fresh cheese are local favorites and are popular as pasalubong. Dining opportunities also abound in variety, from Spanish to Japanese and continental European, to downright homey local fare.


And the most important is the ease of travel to the province, in and around the area, and between the coastal towns. Coastal Cavite is the nearest region of the province out of Manila, the first town only about 15 kilometers away. Expressways and highways bypass points of heavy vehicular traffic. Inner highways are narrow and sometimes winding, but roads for the entire span of the route are all in mint condition. Each adjoining town goes farther by about an average of only 10 minutes, as each town is just about 3-7 kilometers away from the last.


To fully immerse in the Kabitenyo experience, one can leave the comforts of driving and commute. Taking public transportatioin to go on this route is one of the easiest I've experienced, owing to good roads, the short distances between towns, and the accessibility of provincial air-conditioned buses, the iconic baby buses that connect one town to another, and jeeps that ply the inner streets. Since all the churches are in the center of town in the design of our colonizers (bajo las campanas), they are passed by all manners of public transport.

So coastal Cavite is worth a visit any day and any time of the year, for other, more pleasurable purposes other than penitential or plenary.

thank you so much to your blog Ms Kai..😘 it helps us a lot on our bisita iglesia..☺️ it also inspired us so much to continue visiting each churches, at least one per week..😉 may God bless you more..🙏🏽