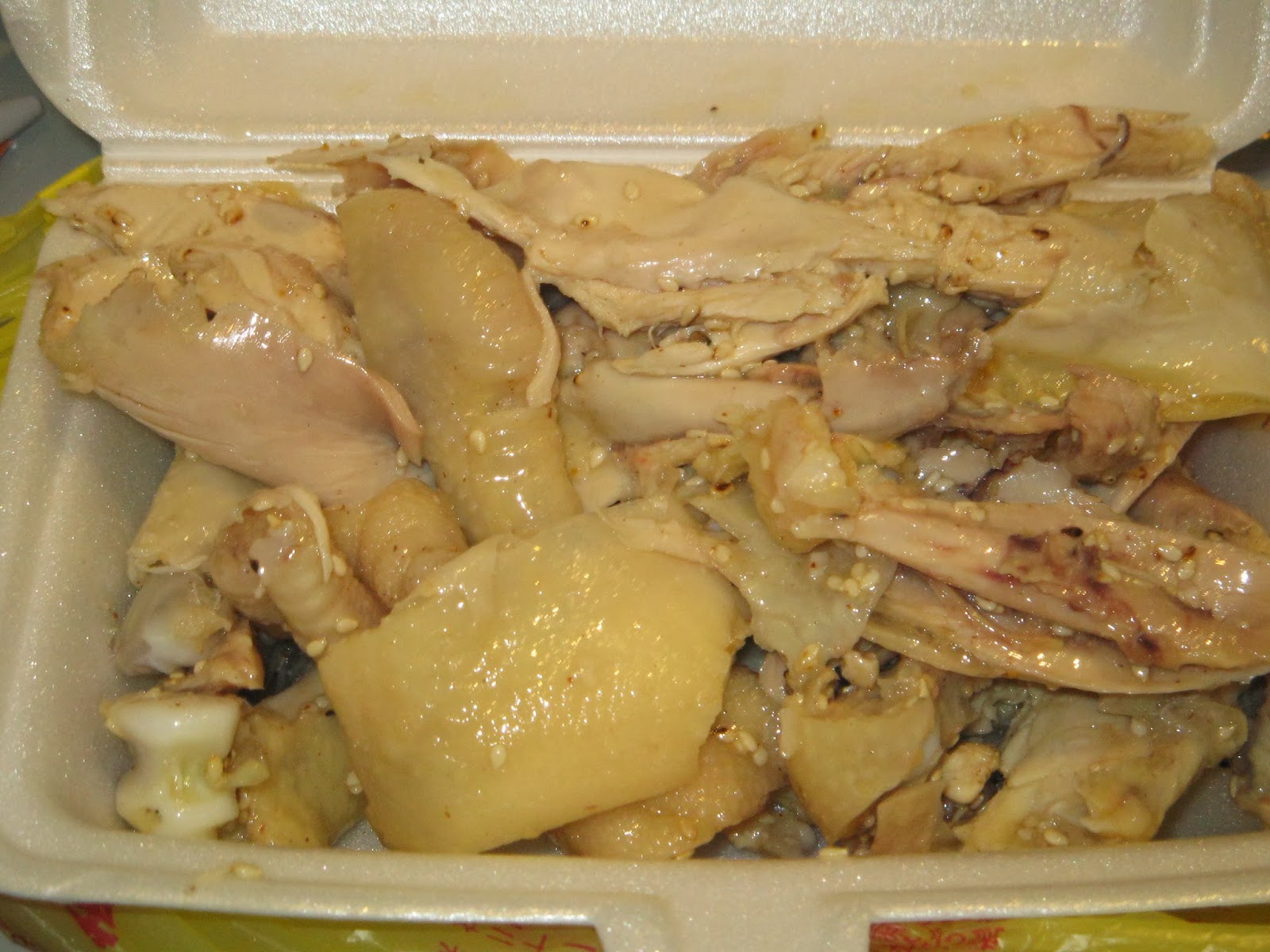 I arrived in Hong Kong famished. I had made the mistake of assuming that, since my flight was noontime and because my booking had said I would be served a meal, I’d be served lunch. It turned out a meal on a one-hour lunchtime flight was just a small piece of pork bun.

But it was just as well. I make it a habit to eat very light before I arrive at my destination, anyway. The stomach should have enough space upon arrival so it can cope with eyes so rapidly scanning all the new culinary treats within reach, and a mouth that chomps faster than a hand can feed it.

So I supplemented my measly bun with Anthony Bourdain’s The Layover, which showed the Hong Kong episode, of course, and re-read my research notes compiled two weeks before. It was fantastic that the TV show reiterated my internet browsing. So as my plane touched down Chep Lak Kok I had a solid itinerary fit for the food gods.

But alas, I also have this absolutely resistant habit of staying up throughout the night before an international trip, packing, repacking, checking things, and generally tarrying about everything. So always, always, I arrive at my destination loopy and ready to drop for lack of sleep.

After managing my way around the massive airport terminal, changing currencies, buying tickets, sitting out the one-hour bus ride to Hong Kong Island, and walking two blocks from the bus stop to my hotel, it was four o’clock and getting dark, and my knees felt like butter. By the time I had checked in and left my things in my hotel room I was starting to shake from hunger. 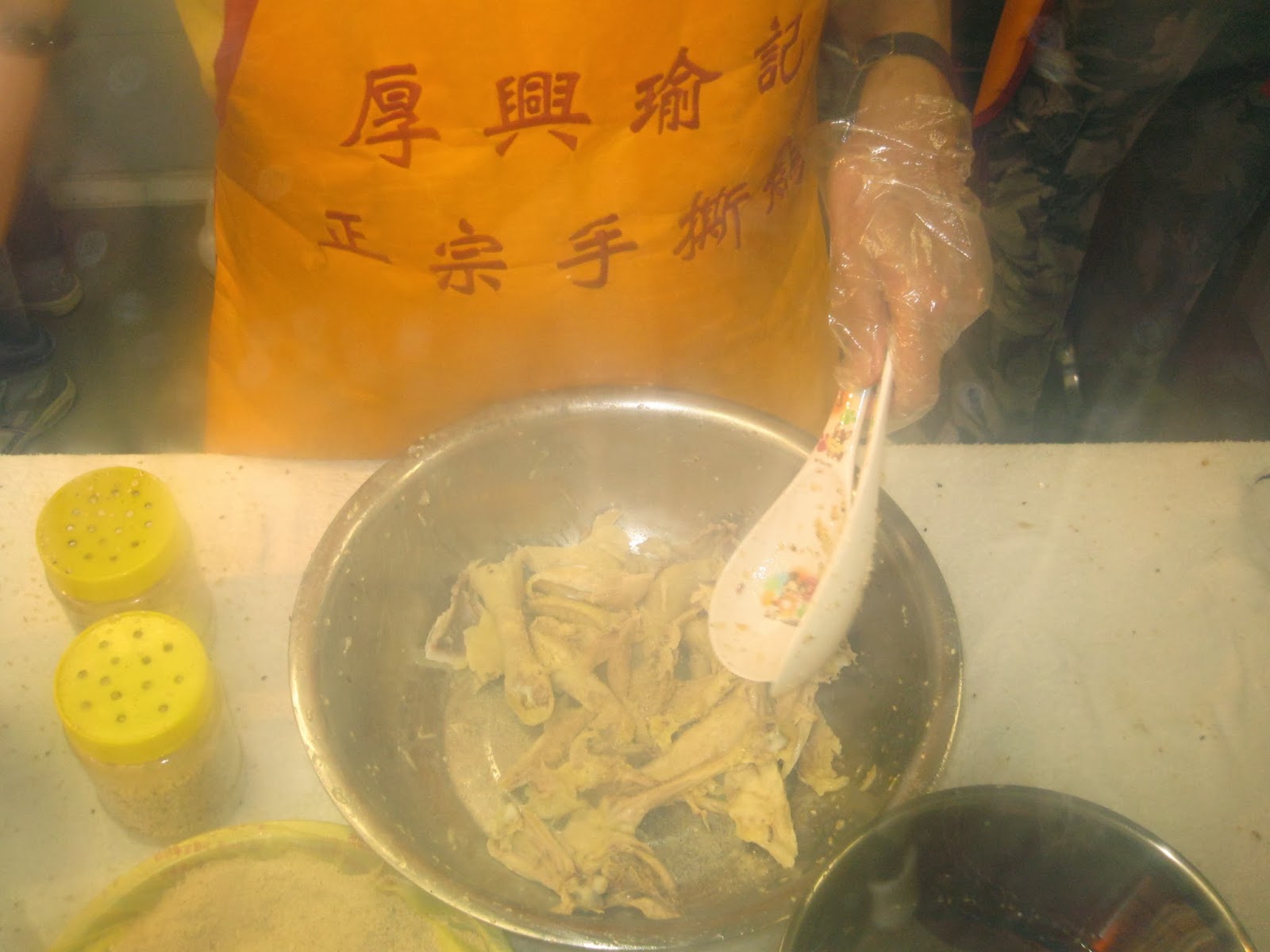 I had to scrap my itinerary, which involved managing to find the tram station to get into Hong Kong Central, as there were no subway trains servicing the area I was billeted in. It was also my first time to navigate Hong Kong island, being more familiar with the Kowloon side. I didn’t have the energy to look for the restaurants recommended in my research, but I had to find food fast.

So I decided to make it an opportunity to explore the neighborhood I’ll be in for the next four days. It was the right decision, for walking just a few meters I was rewarded with the sound of a heavy knife whomping on a wooden board. The glass window revealed cold chicken being chopped, then peppered with seasonings from several bottles. One wall showed a framed shot of a long line of salivating buyers from what I assumed to be the original outlet, and a rendering of an organic-looking chicken in a farm. 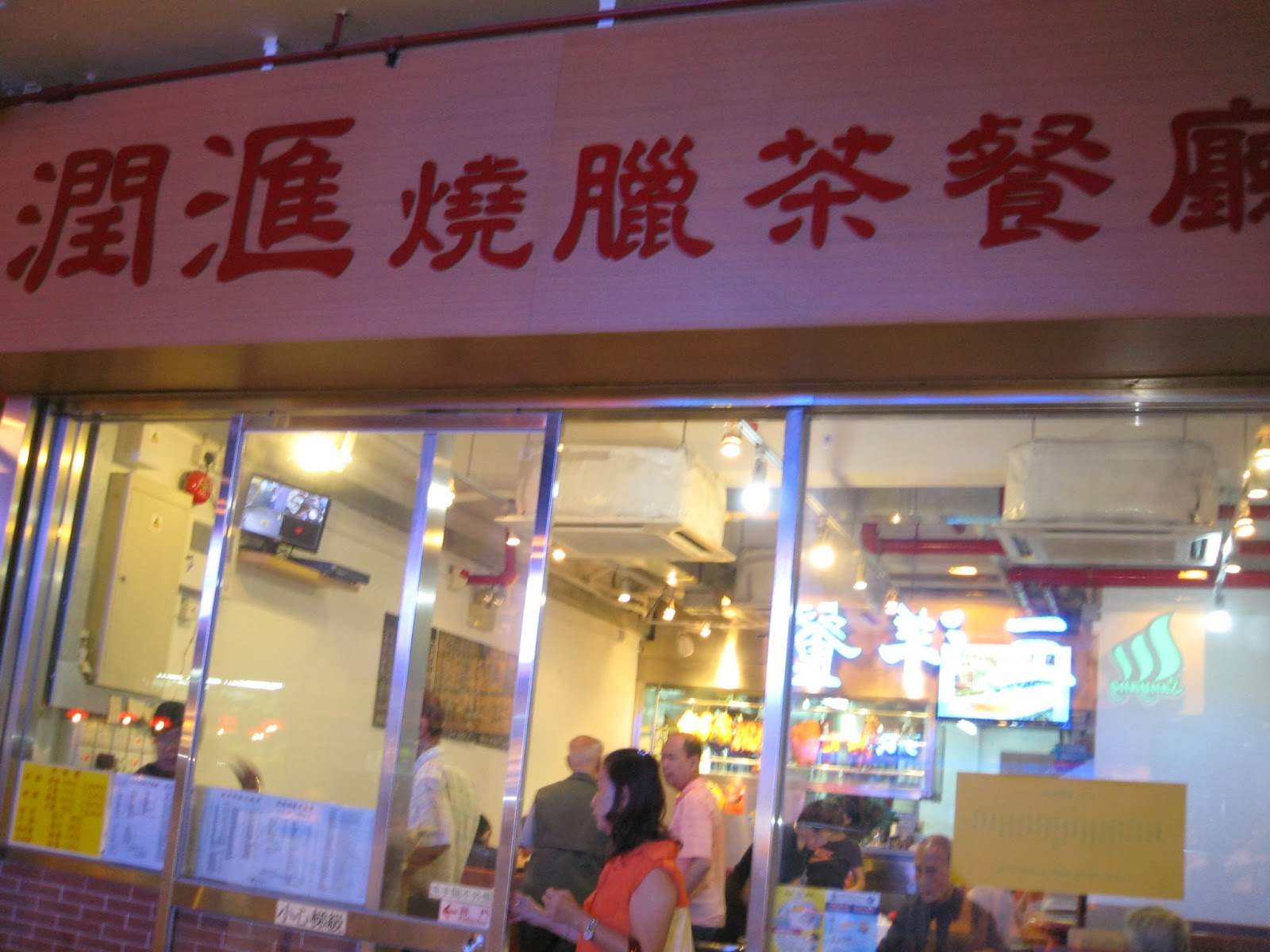 I promptly fell in line, and when it was my turn I was told that the minimum order was half of a whole chicken. I didn’t care, as at that point I felt I could finish a whole pig. There was no dining area since the entire establishment was just a take-out counter, so I walked back to the hotel thinking I’d just eat in my room. A block after I found myself in the midst of noodle shops sitting side by side, in front of which were enticing pictures of steaming bowls perfect for the cold weather.

I went to one that had a lot of people inside, hunkered down to their bowls. Interestingly, this noodle shop did not have tempting photos on its façade. No photos in the menu, too, and I was getting worried after I had been given a table. Good thing the owner, who, typical of the Chinese, minded the cash register, noticed at once and gave me a translated version. 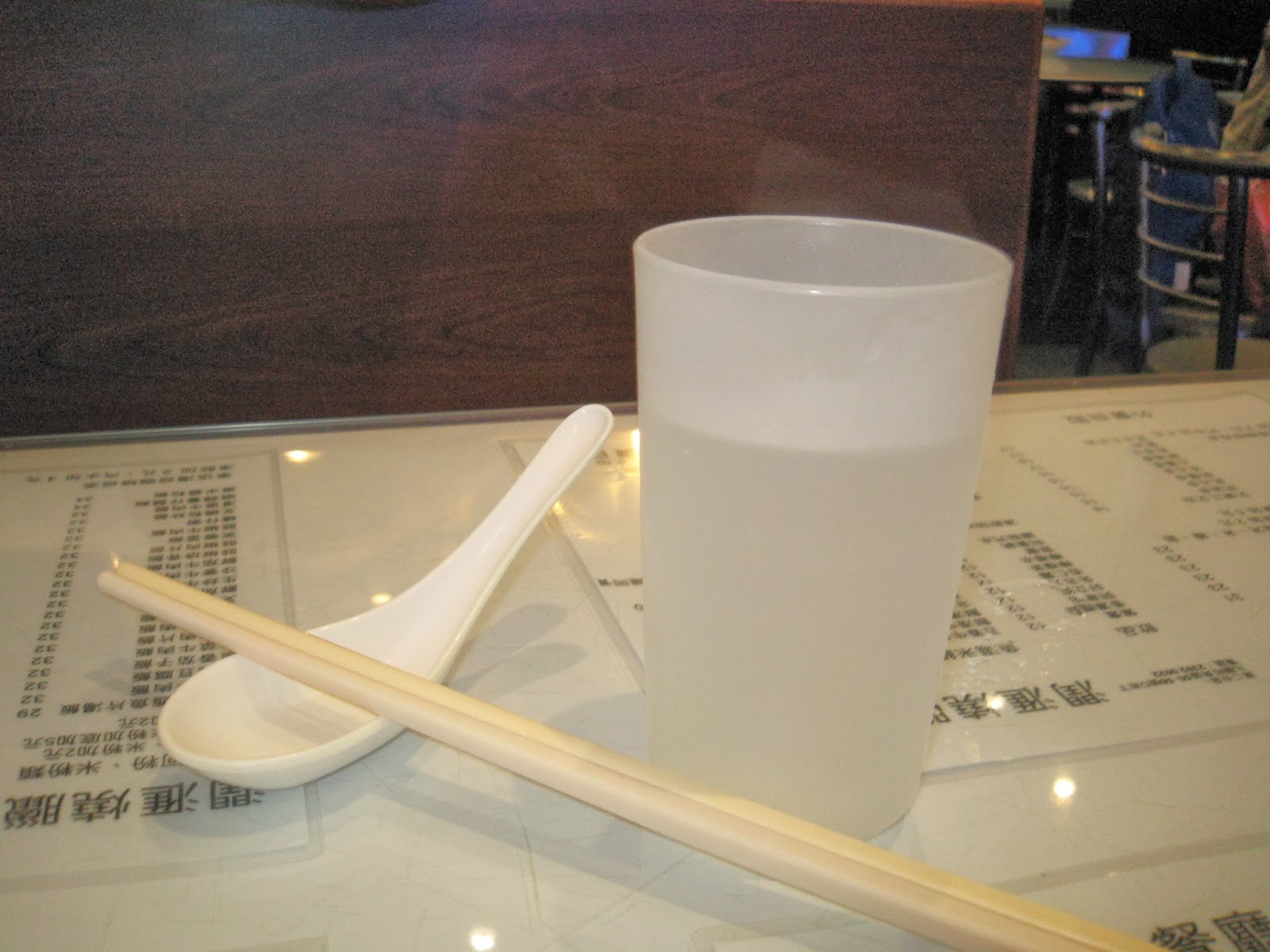 I ordered the roasted duck noodles, and the first thing to land on my table was a glass full of smoking hot water. My mind reeled. Was I supposed to dunk in the chopsticks and soup spoon that came soon after, to sterilize them, as is typically done in hole-in-the-wall carinderias in the Philippines? But in my country, though, spoons and forks come in already immersed in hot water.

So I had to ask, and the waitress gestured that the hot water was for drinking. Ah, ok. I had ordered nai cha, too, so after the hot water, the hot milk tea, and the scalding noodle soup I was all toasty and warm, relaxed as if I had lain in a hot bath for hours. I was also full, because the noodle shop owner graciously allowed me to eat my steamed chicken along with my hot bowl of noodle soup. Bliss. 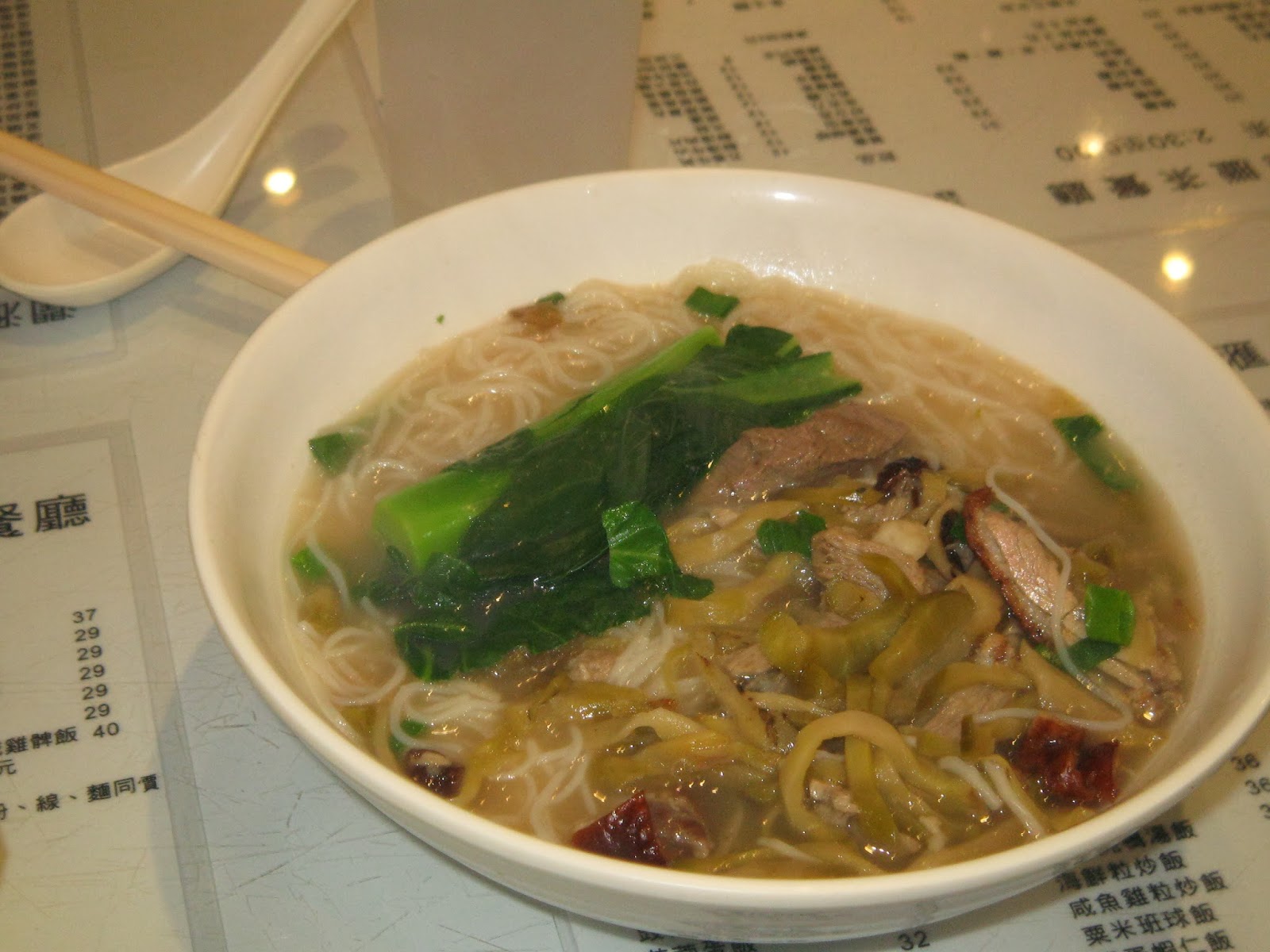 Afterwards I had to fight off sleep, because walking back to my hotel I saw this dessert place that offered shaved ice. Never mind the winter cold, my belly was on fire from all the hot things I had eaten and the desire to eat more. 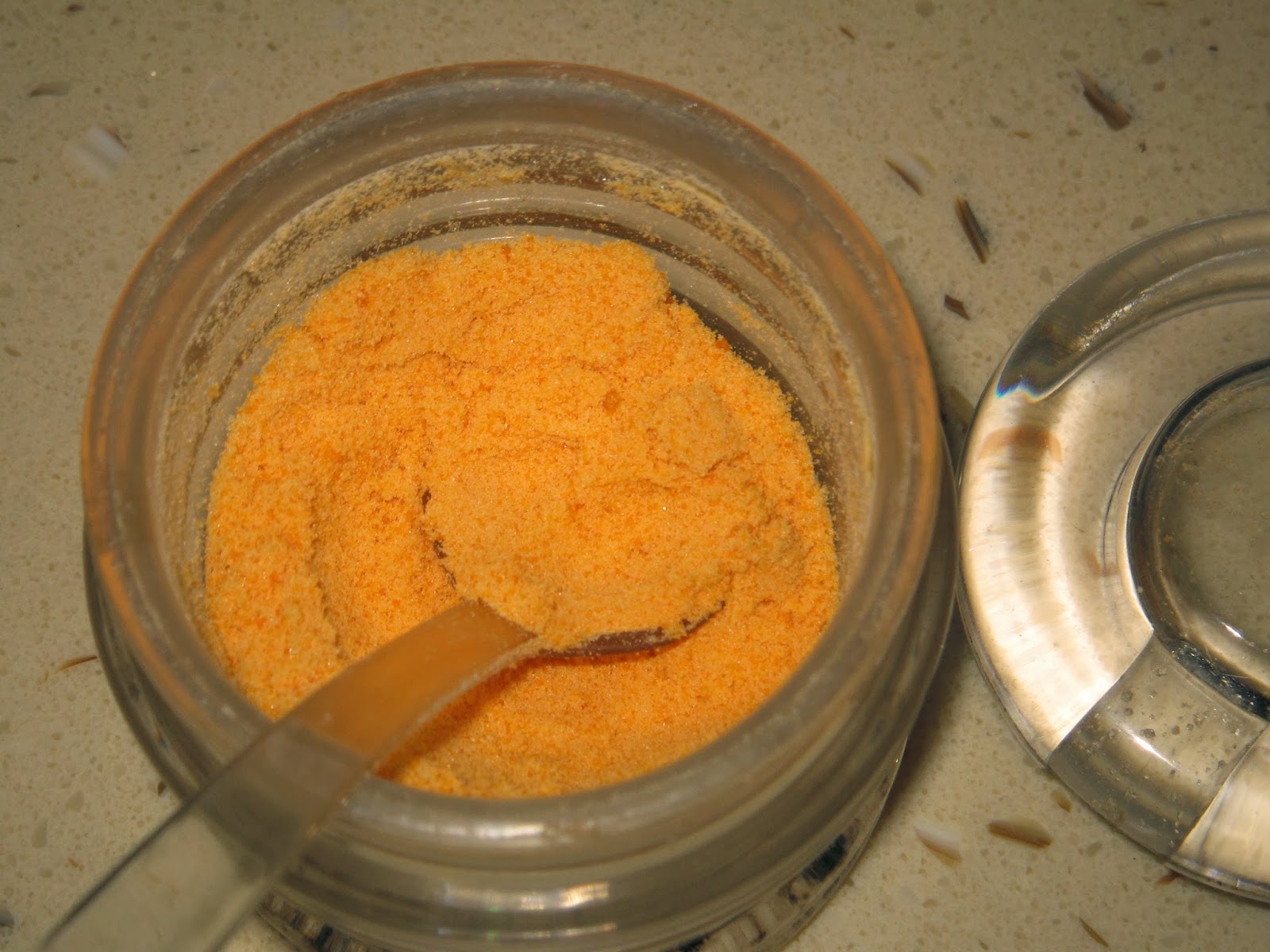 The flavors for the shaved ice were quite interesting, like marshmallow and durian, but I settled for the soya, which I thought to be quite Chinese. 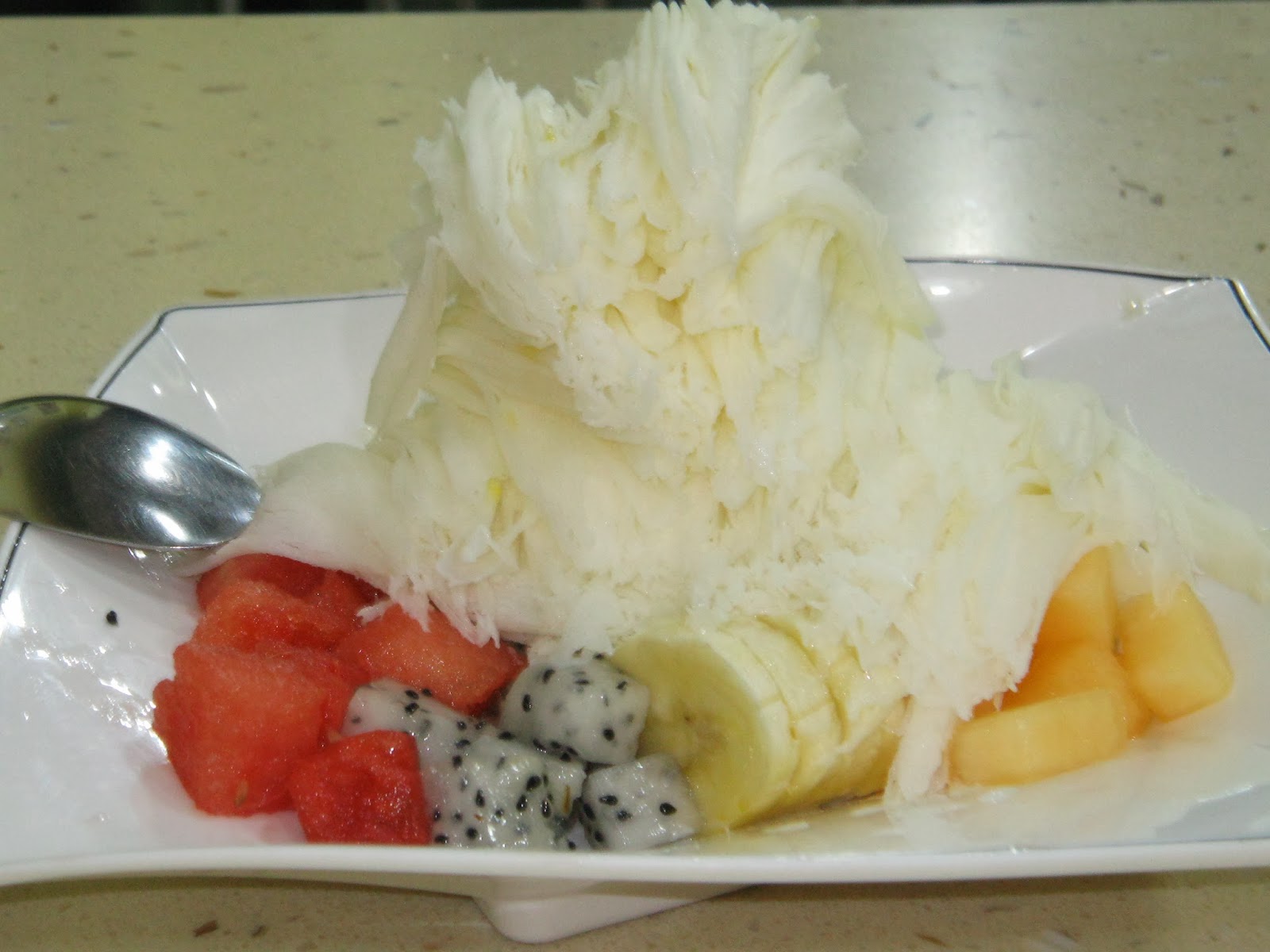 And so my first day in Hong Kong ended finely. It did not go according to plan, and I did not get to sample right away those restaurants that made such a flash in the radars of foodies. But I had quite an adventure all my own, spontaneous, unstructured, and fulfilling.

Email ThisBlogThis!Share to TwitterShare to FacebookShare to Pinterest
Labels: from around the world, malamis (matamis/sweet), pancit (noodles), sabaw (soup)