Bade at the Naga Market 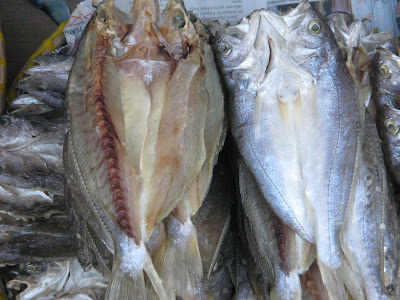 The morning before the translacion, before the downtown streets were closed, I took an early jaunt to the Naga public market, which was within walking distance from my hotel, being just a couple of blocks away.

I had been to Naga almost exactly three years ago, and the market had been one of our stop-overs then.

My main agenda was the bade, or dried fish (daing), section. I was able to procure some good specimens back then, and I hoped to do the same this year.

Last time I had been able to buy good espada - the small variety, of about four to six inches in length - which was sold for only about a quarter of the price quoted in Pangasinan and La Union. 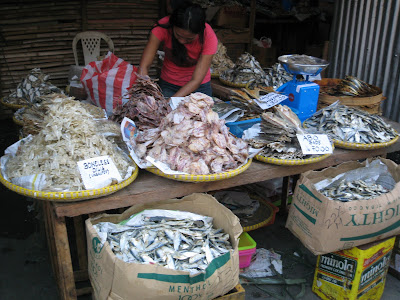 The third floor of the public market, accessed via a winding stone staircase, used to house the bade section, but it had been gutted by fire. Nowadays bade vendors remain scattered along the roads surrounding the building while repairs are ongoing.

The espada available were longer than I would have preferred, and not of good quality because of the incessant rains. So I decided I'll just have to save money for the espada in Dagupan, the shortest of which could go as high as P1,200/kilo.

But there are a lot of fish endemic to Bicol that are salted and dried to mix with vegetables, particularly ginataan (stewed in coconut cream), which is just about the only way Bicolanos are inclined to cook anything.

I get the impression that Bicolanos swoon over abo (first photo up), a fair-scaled and white-fleshed fish that is sold dried. Particularly since it cannot be found elsewhere, so it induces homesickness for Bicolanos away from home. 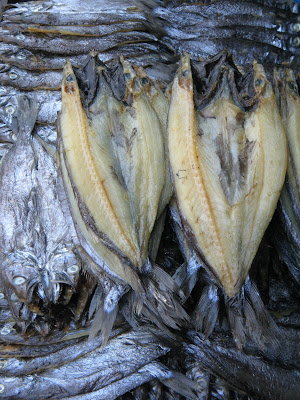 Same with this black-skinned species, which is also thick-fleshed, called, and I'm not kidding, new look (pronounced like the English words). I don't know if there are Bicolano words that sound the same as "new" and "look," but the vendor even went to the extent of telling me that the scientific name is Ligate taba, very seriously and with a determinedly poker face, because the fish is very oily. She didn't explain further as to the reproductive capacity of the fish, but I don't know if I had been had. 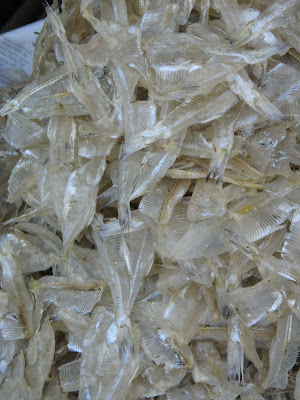 Unsalted, boneless dilis. The previous two bade were very salty and cannot be eaten with rice for breakfast, as what we usually do with daing or kaling in Pangasinan. But this one's almusal-worthy. 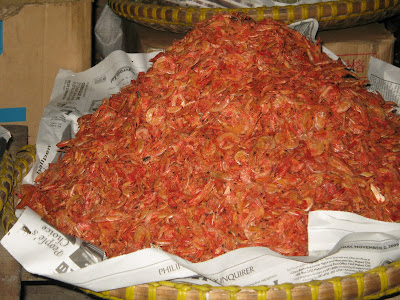 Dried krill that's so red it stands out among all the white to gray monotony of dried fish. It's so red I'm not sure if some food coloring isn't involved. 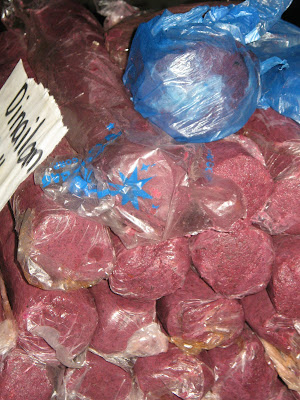 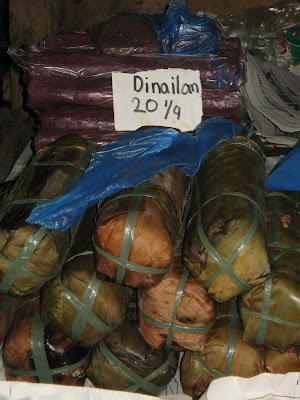 They buyer can choose the plastic-packed dinailan, or the traditional ones wrapped in banana leaves. 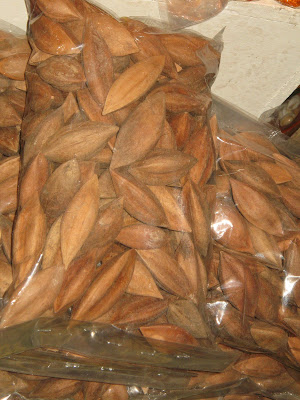 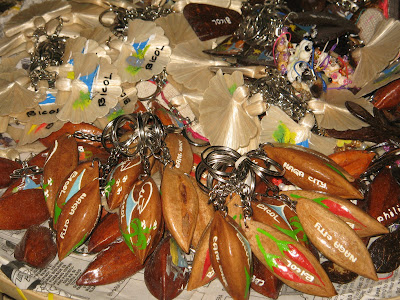 And lacquered shells, real ones with the nuts intact inside though inedible, made into keychains, sold by the piece.

There were also pancit bato, which I love, with more bite than ordinary canton and tastier, in vegetable (malunggay and carrot) varieties. 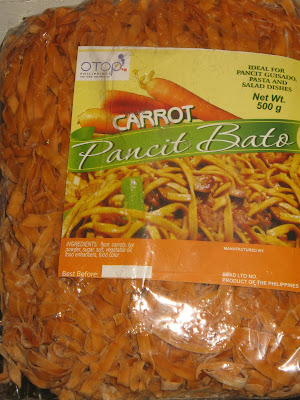 The woven and handcrafted bags, made of native materials, were of special interest to me, too, but I didn't buy this time because the ones I bought three years ago are still good as new. The quality is really excellent, the designs eye-catching, and would be quite the handsome pasalubong, even Christmas gifts, for special people.


Other Public Markets Around the Country
Iloilo
Puerto Princesa
Cavite City
The Mahogany Market in Tagaytay
Posted by Kai at 8:09 PM

have you tried the biti - gut of abo.

Kai,
pakidalhan mo ako ng pansit na bato. .. no i am just kidding but when i will take my vacaton, i will try to taste one ..
regards
Bert

Wyatt, no I didn't find any biti. But will keep that in mind for when colleagues from the area come to Manila.

Manong Bert, let me know when you come home I'll save some for you. ;-)