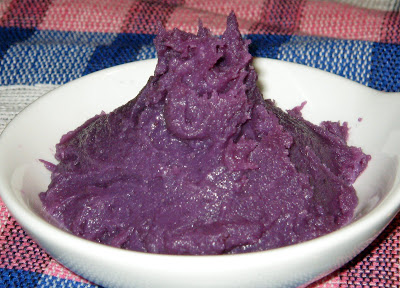 During our weekend jaunt to Tagayatay City, with the thick fog and all, we were only able to visit two places - Sonya's Garden in Alfonso for lunch, and Bahay Pastulan in Maryridge within the city for some take home goodies, since we couldn't bring with us some of Sonya's glazed sweet kamote.

We were on our way to the Palace in the Sky to show the aunt, rather a poor alternative to a view of Taal lake and volcano which were then enveloped in a thick mist like the white curtains in Sonya's Garden, but a few kilometers past the Development Academy of the Philippines the fog had thickened, and prudence told us to turn around and just go home. Good thing Maryridge was on the way as we went back to Aguinaldo Highway.

We were still too full from our buffet lunch to eat the famous halo-halo, and it was too cold, anyway, so it was just a shopping stop-over. Bahay Pastulan is the Good Shepherd sisters' convent in Tagaytay City. As with other convents around the country, particularly the famous one in Baguio City, Bahay Pastulan offers goodies for sale. 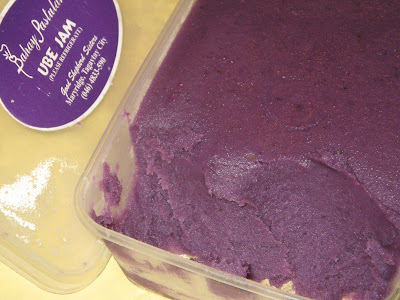 There is ube jam that's as good as its Baguio counterpart. The brand is not Mountain Maid - rather Bahay Pastulan - but it's every bit as viscous, thick and chewy as its more popular cousin. It's not sold in bottles, though, but in plastic containers - a large rectangular one and a smaller round version. And what's better, there is no excruciating long line to fall into with the dreaded thought of the ube running out before it's your turn on the counter.

My husband declares Bahay Pastulan doesn't compare to Mountain Maid ube jam, but I must confess I can't tell the difference. The color alone, and the way the jam holds up quite thickly (first photo) - it's good enough a version for me. They're made for the same purpose and by the same order of nuns, anyhow, and nothing can measure up to it anywhere near Metro Manila.

There is ube-macapuno - macapuno bits swirled in the ube jam - in cute cups with accompanying little wooden spoons, but this is too diluted for me. Ube dimples, too - naked ube candies rolled in sugar. Perhaps for the kids. But there is nothing like pure ube goodness for me. And my kids, too. 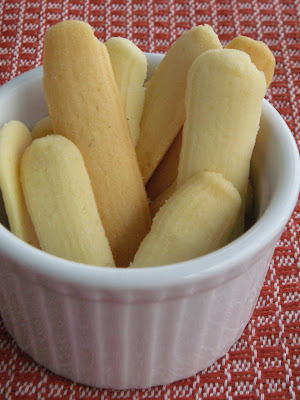 The revelation, though, is the lengua de gato. The best one there is, in my opinion, rivaling all the lenguas even in Baguio. It's sooo buttery, crunchy but not too crispy - not a dry bone in it - and of course so great-tasting. The thickness is just right - not too thin that it can cut the tongue, but not too thick either that it's chalky in the mouth. In short, it's perfect.

The other products on sale similar to Good Shepherd Baguio's offerings are the peanuts, the angel cookies, and the strawberry jam, but at Bahay Pastulan strawberry jam containing mashed fruit is the only one available, unlike the Mountain Maid brand in Baguio where you can choose from fresh fruits, syrup, preserved whole fruit, spread, jam, jelly, or low sugar 100% fruit. 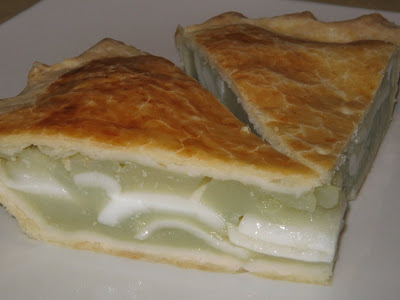 And there is a thick buco pie, in layers of pandan filling and tender coconut slices encased in a superb pie crust. The crust never went soggy or became makunat even when we had shoved the buco pie in the ref and forgot about it for a week - it was as good as on the day we bought it. Tender, appropriately chewy and flaky at the same time. And not too sweet, either. 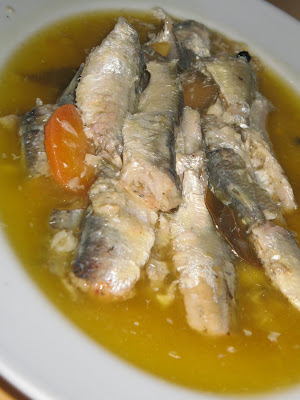 The tawilis in olive oil came highly recommended by a respected foodie friend. It is such an inspired idea - a way to bring anywhere Taal Lake's endemic fish species. Tawilis can be enjoyed fresh at the many Filipino restaurants lining Tagaytay ridge and in the towns surrounding the lake, particularly Taal - good either fried or grilled - but not anywhere else.

So Bahay Pastulan's bottled tawilis lets one enjoy tawilis outside of the locality. It is reminiscent of Montano sardines, the spices and I guess the method of cooking the same. And for this tawilis, you need not scrape the scales off.

I love buko pie, I recommend The Original Buko Pie along the national highway at Los Baños my in laws are from Laguna, and I always make a point to drop by this place when ever I travel to Laguna. I have to try the tawilis I hope they are available at supermarkets.

Awesome blog. It reminds me of my childhood in Dagupan. The food recipes made me travel in time when I used to tag along with my Grandma and eat at Dagupena restaurant when she is not in the mood to cook. Keep up the good work. PANGALATOK forever.

Ut-man, The Original buko pie is the best! Nothing compares to it.

My mom and dad had their first first date at Dagupena. It's not at the original location anymore, but at least it's still around to be discovered.

ive tried their ube jam and its good!

how much is their buko pie? looks yummy too! maybe we'd try that and the pichi-pichi next time.

u8mypinkcookies (wow, I'd like to see some pink cookies, and I'd eat them, too! ;-)), the buko pie is about P120-150 thereabouts. I'm glad you agree about the ube jam, and it's cheaper than Mountain Maid, too!