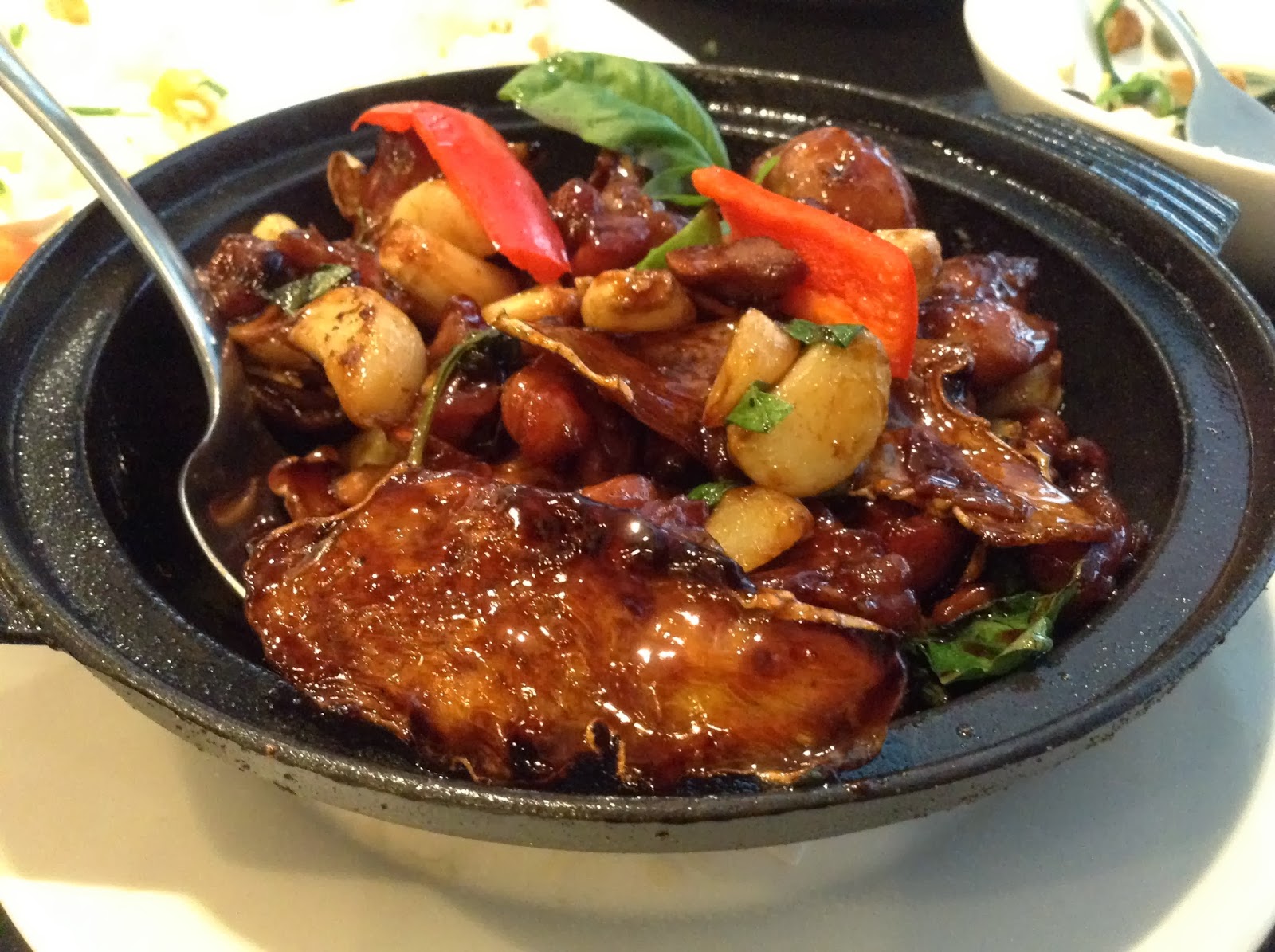 I have barely scratched the surface of Chinese cuisine and I am confronted by permutations of it. And permutations of it run wild all over the world, as active trade from before the 10th century and migration from the mainland ensured the scattering of seeds of it on foreign soils, where they took root and grew according to the natural climate. 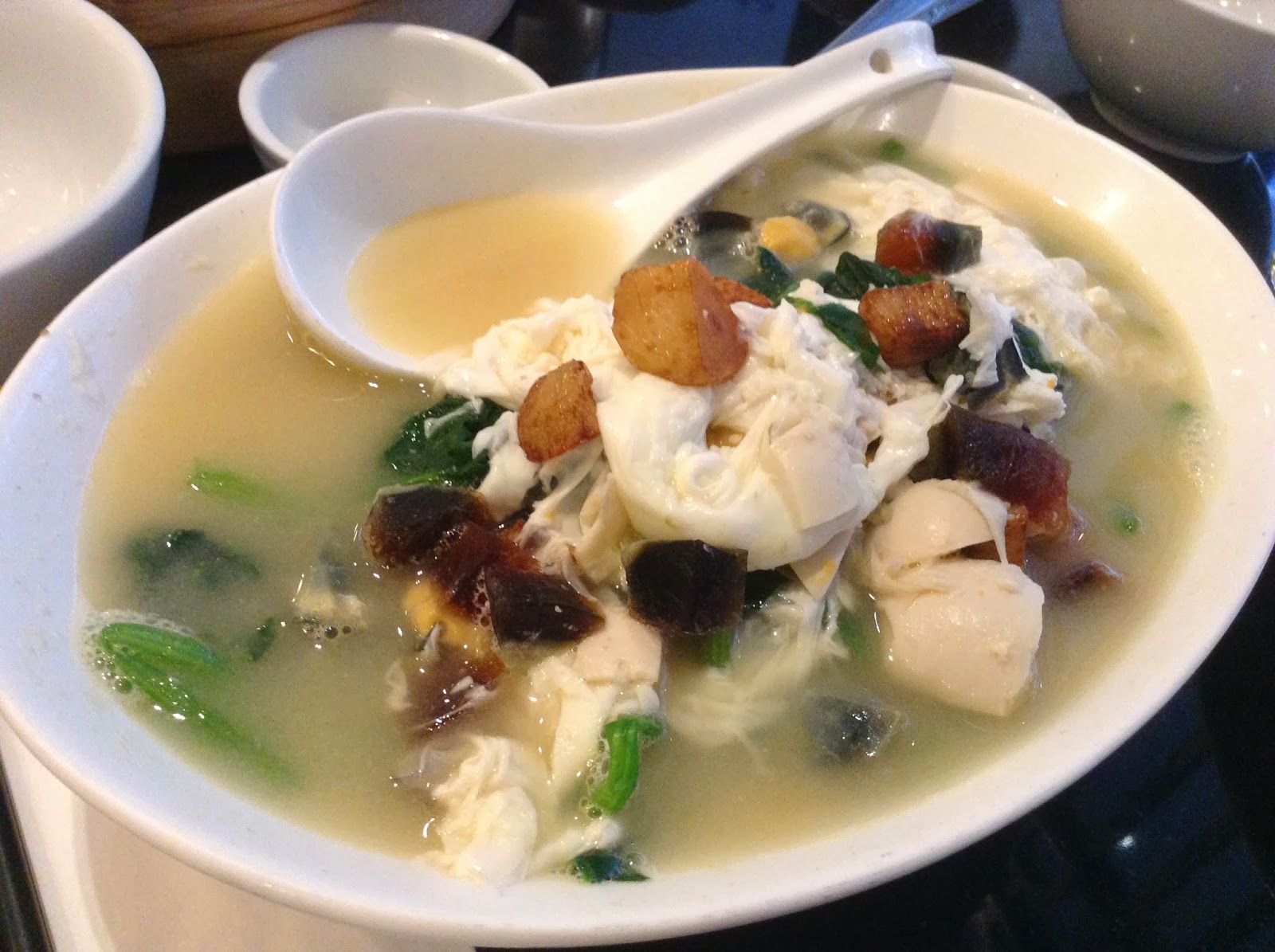 spinach with preserved egg in broth


So we have tales of pasta being the Italian version of Chinese noodles. Japanese and Korean cuisines, however distinct they may have become, trace their roots from the Chinese. In the other neighboring countries Chinese dishes have been integrated into local cuisines, but they have been adapted to local tastes that they have become their own unique dishes. 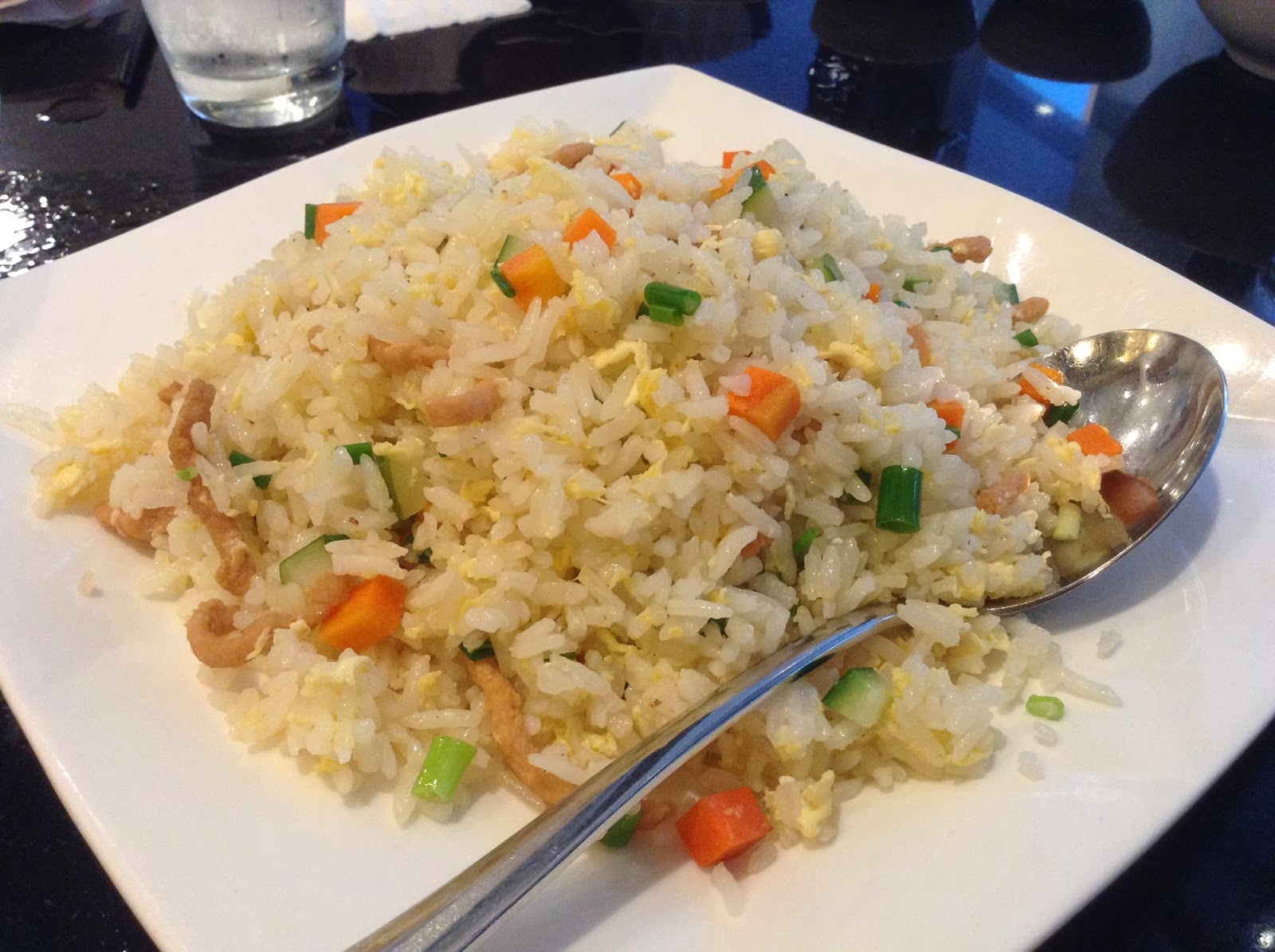 What we know as Chinese in the Philippines are actually Filipinized versions, so that no matter how hard and long you look all over China you cannot find a pancit guisado like the one served at my favorite panciteria in Dagupan, or an asado siopao with a sliver of itlog na maalat, cat meat or not. Even arroz caldo, which isn’t a Spanish legacy, contrary to its name. 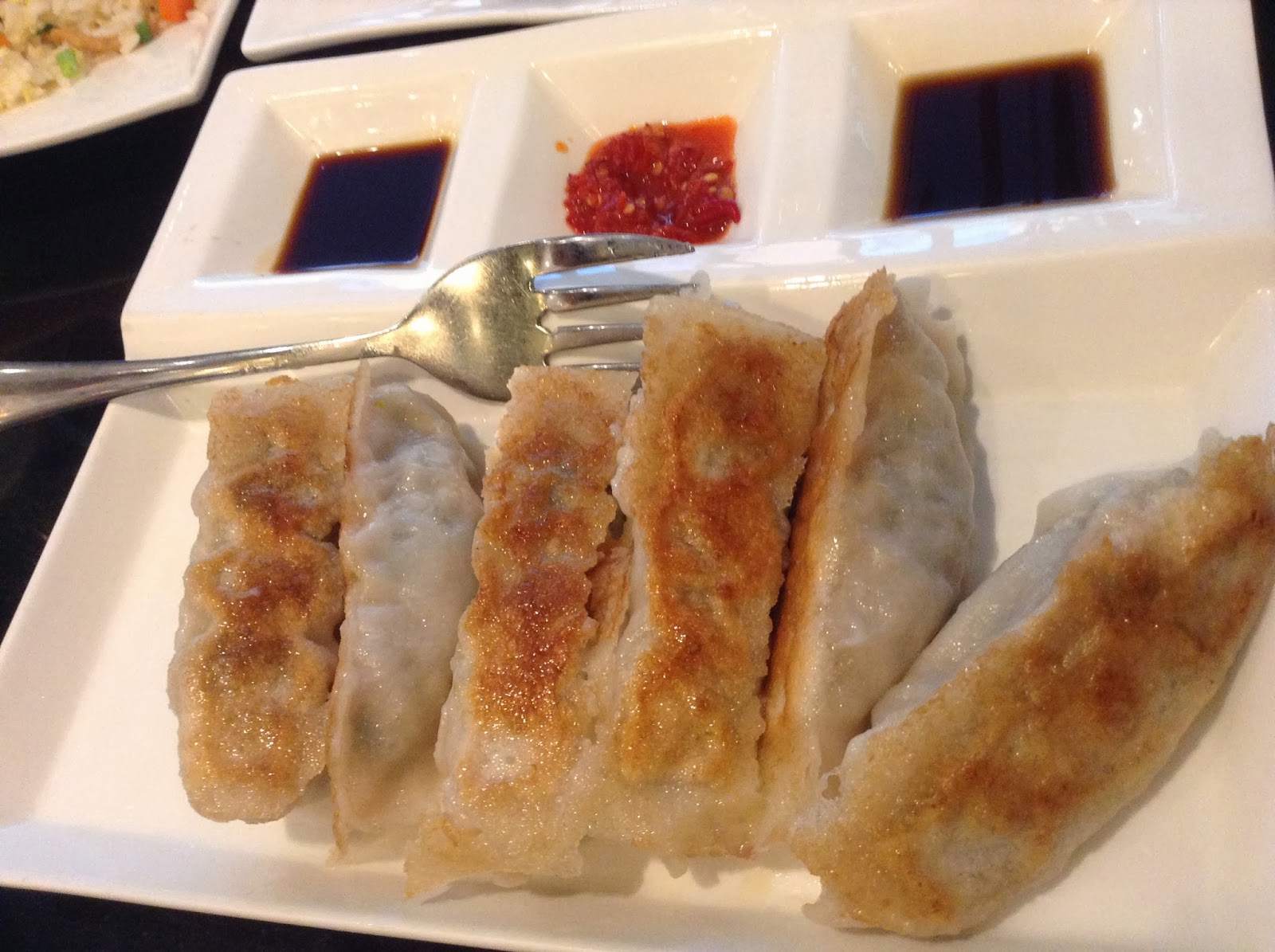 
So we eat in this Chinese restaurant that has been drawing people to the Greenhills area for years. It had recently expanded in malls within my radius, so it was time I stopped ignoring it. A cursory glance at the menu confirmed it was Chinese, but the wait staff declared that I was actually in a Taiwanese restaurant.

Friends who have eaten there before never emphasized that fact. For of course how can you distinguish Taiwan from China? At least its cuisine? When I looked at the menu I noted certain distinct differences, the most notable of which is the spelling, but I’ve become so used to seeing many different names for one Chinese dish (and phrases, for that matter) that I thought it was just a regional thing. 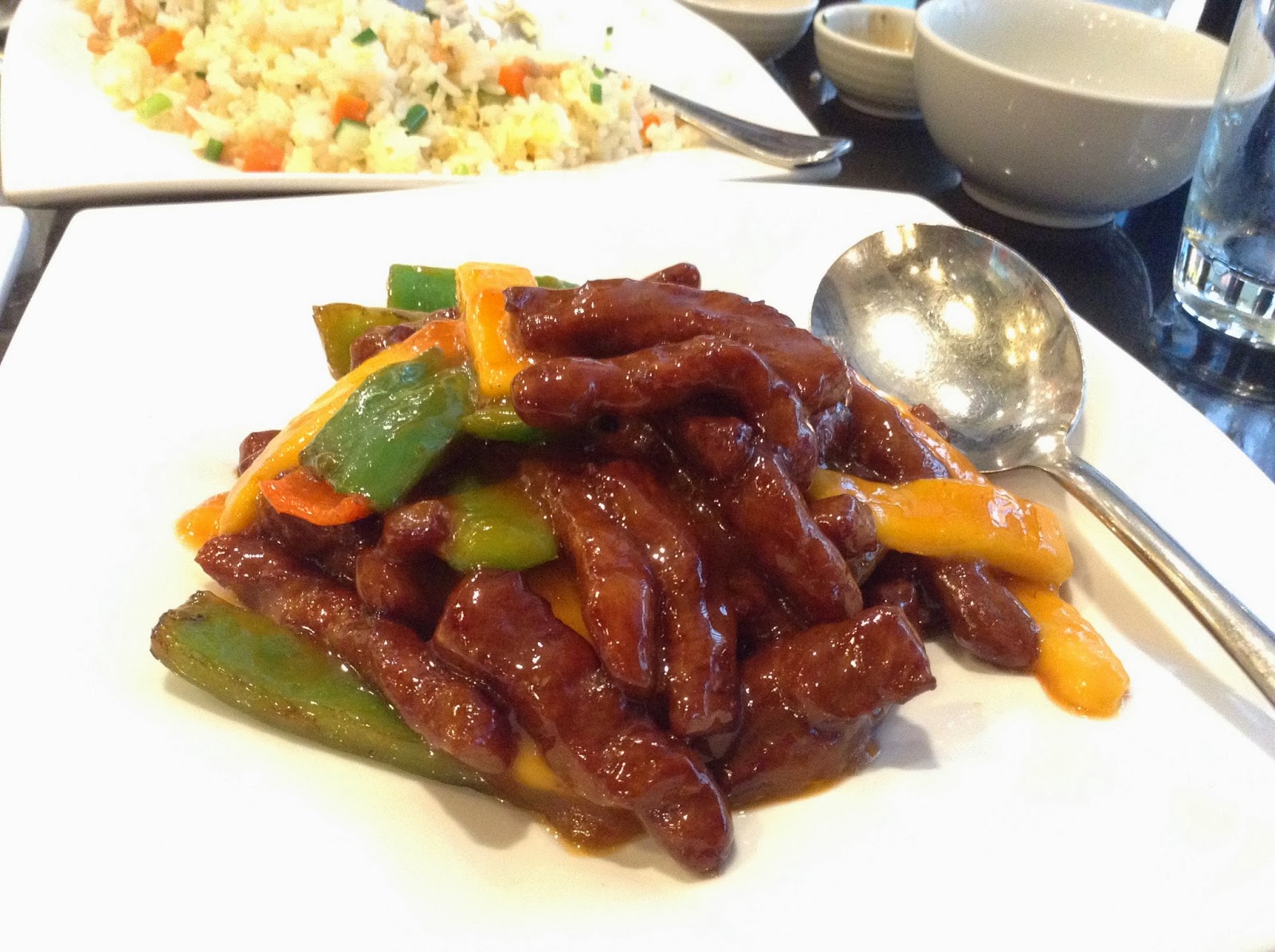 But the difference becomes evident when the food is served and we start eating. Ginger underlies the food, including the dipping sauces. It’s not pervasive, but it’s there. It is a spiciness that is not hot but cleanses and refreshes. 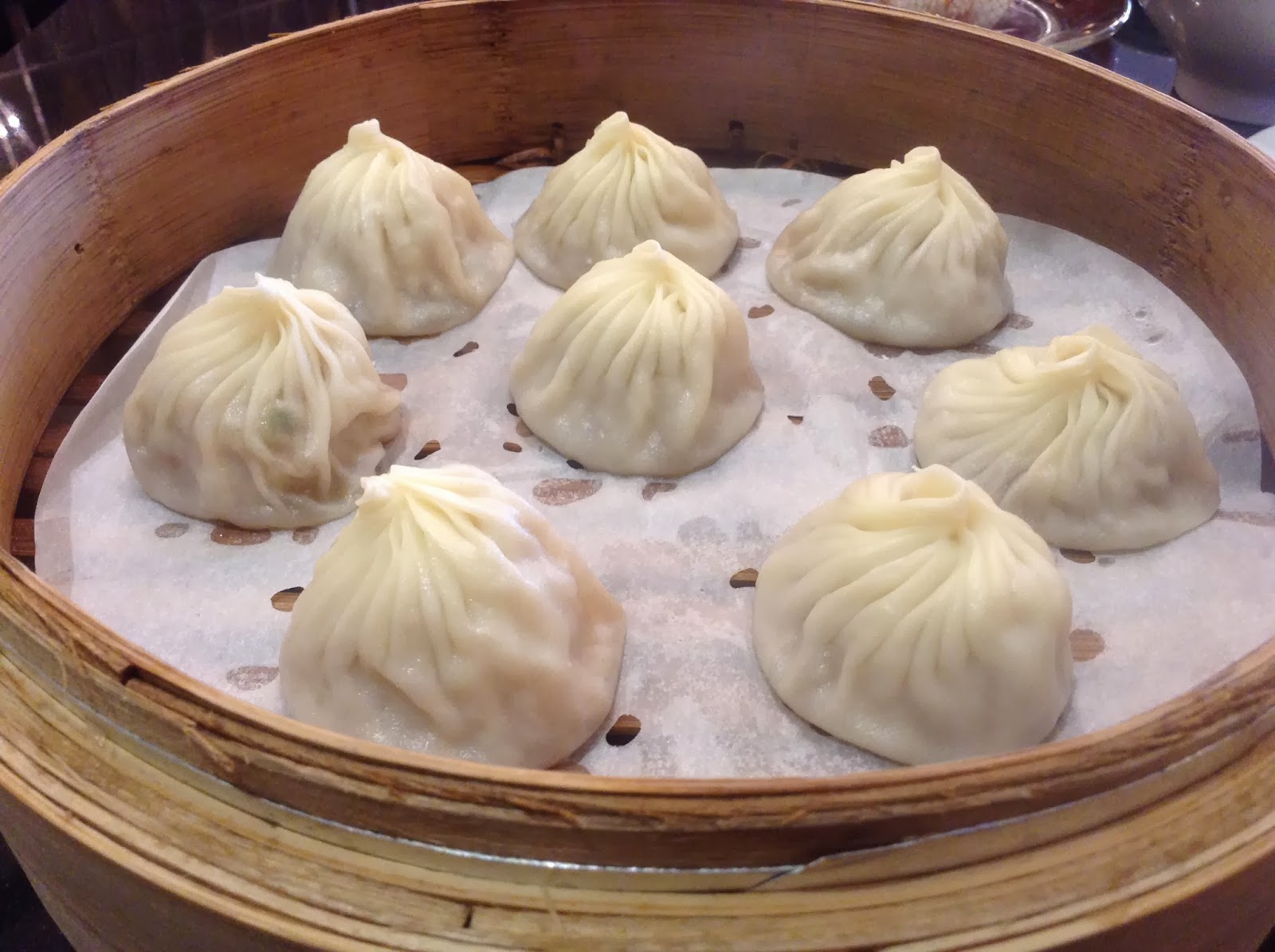 Xiao long bao is a big thing here, with several versions, including a chocolate one for dessert. The classic pork version is excellent with the gingery dipping sauce, but the crab and pork does not  make a splash. The chocolate xlb does not contain broth, but the chocolate used is top notch, the amount each piece contains just right for each sticky wrapper. 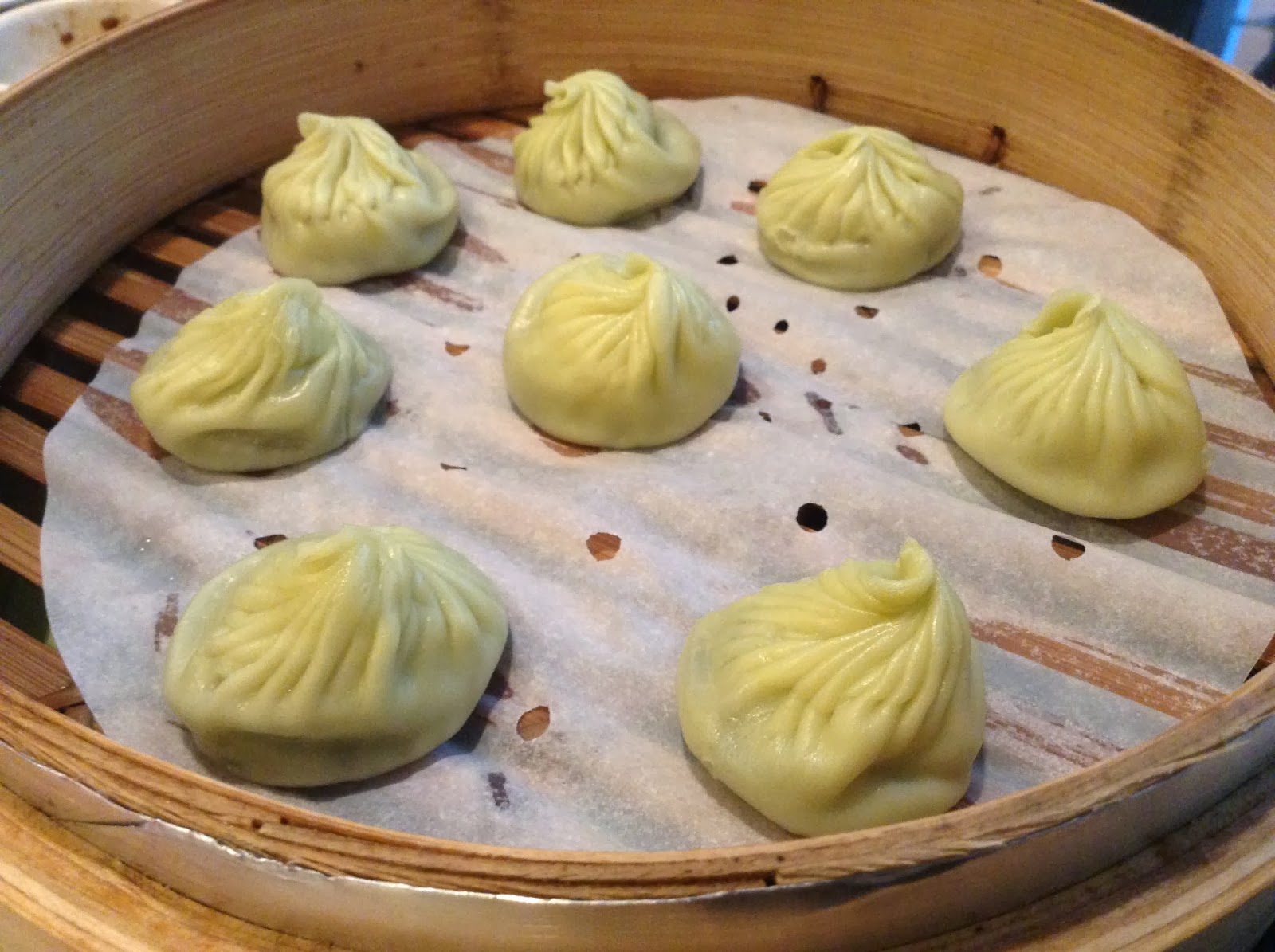 The spinach with preserved egg in broth imitates a dish I’ve had at HK Roasts, garnished with salted duck egg and century egg, while the 3-cup chicken is reminiscent of the basil chicken at Som’s, but here the chicken is tough and hard, which is unfortunate because the dish is very tasty. I’ve had beef with mango somewhere else, too, but I’m sure it wasn’t in a Taiwanese restaurant.

But then again it turns out Lugang Cafe is based in Shanghai and Beijing. 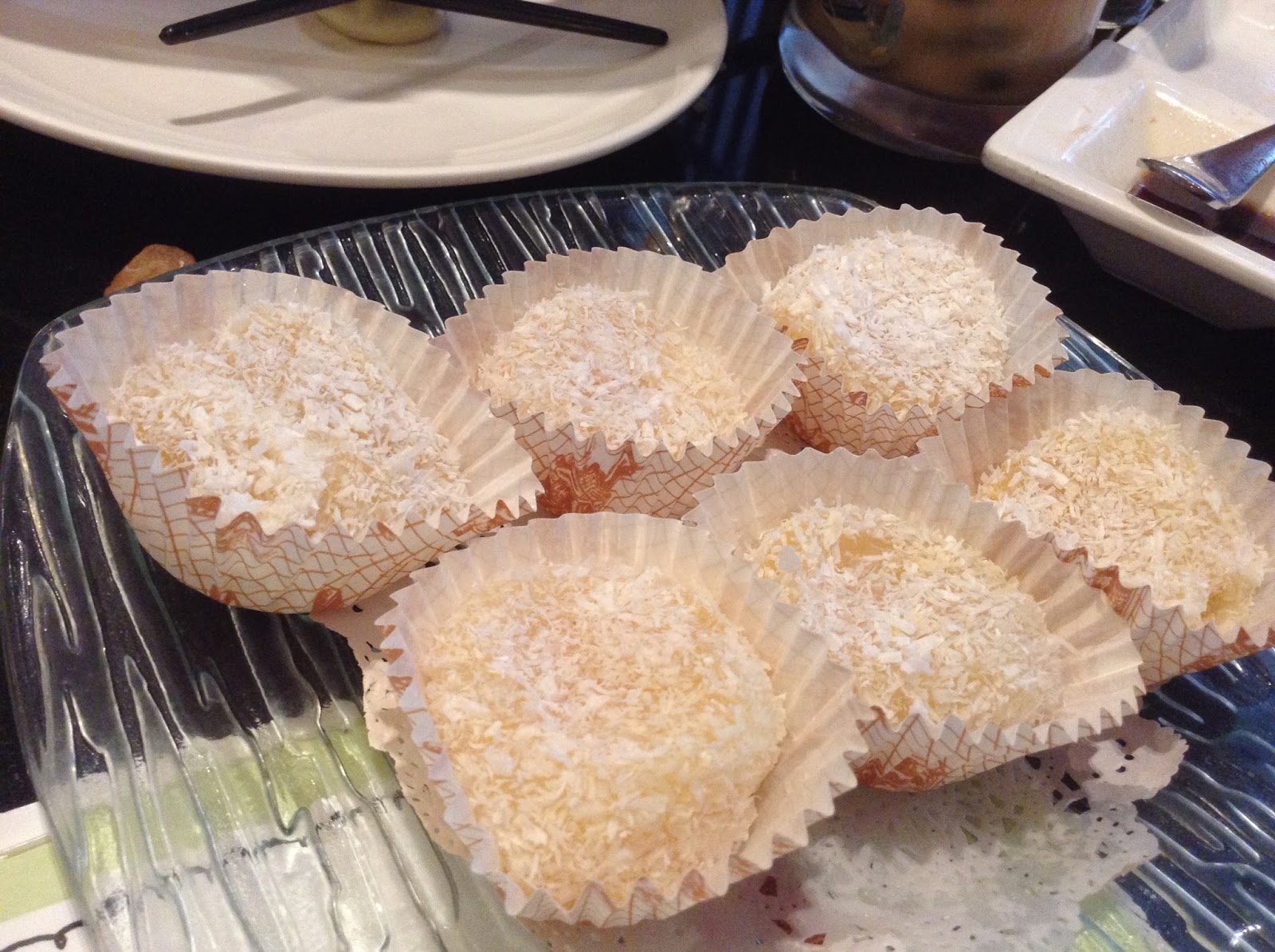 Popular dessert is mango in glutinous rice wrap with coconut flakes, which is a kind of mochi or steamed buchi. It was very pleasing, the mango ripe and flavor shining. 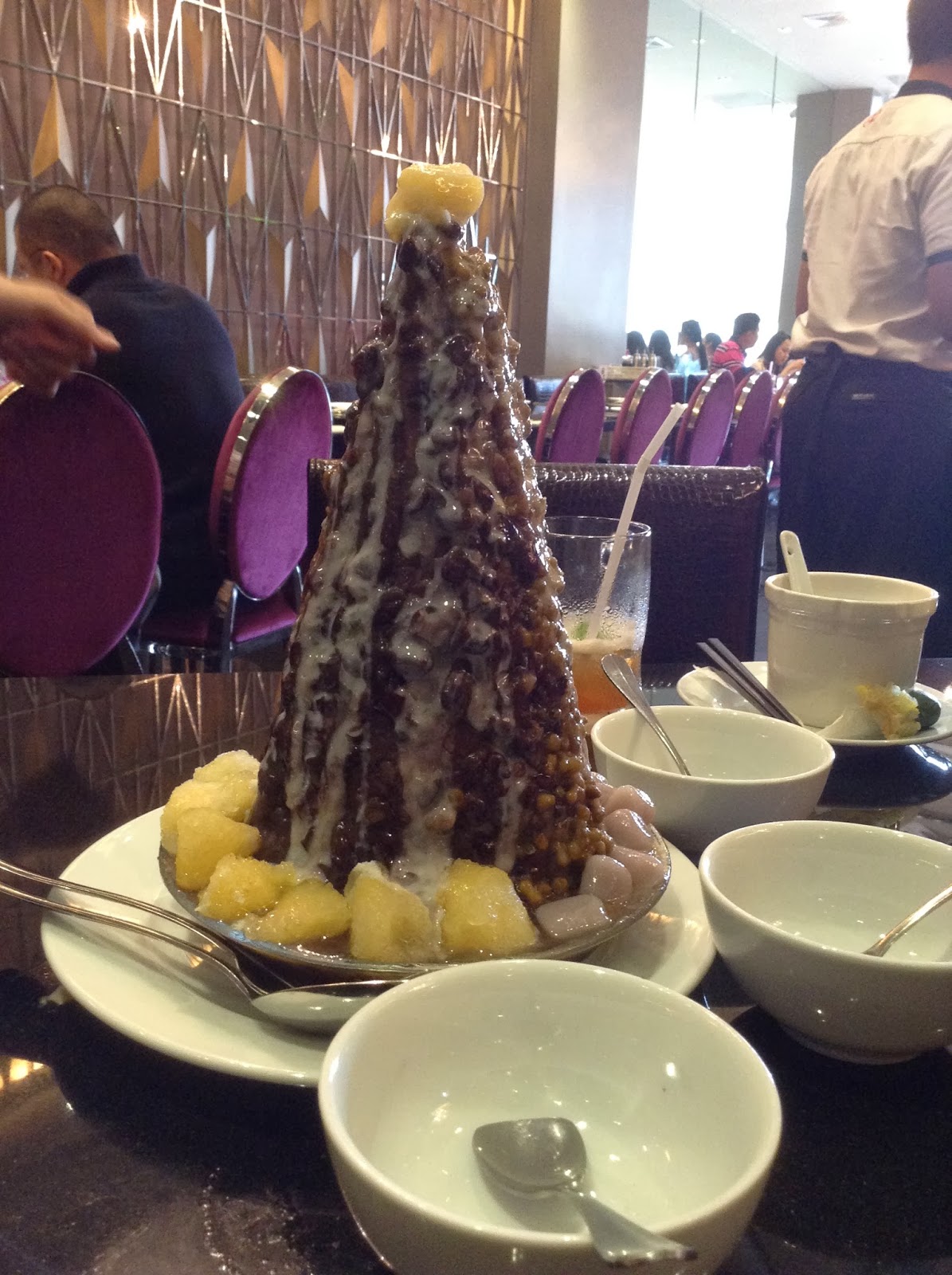 But if dining in a group it is nice to try the iced snacks –  towers of finely crushed ice wrapped with all kinds of sweet things. The wait staff said the bestseller is the Bellagio Breeze, which has two kinds of beans, tapioca pearls,  taro cubes and candied pineapple packed tight all around the mountain of ice with condensed milk doused over it. When served it looked impressive, and it was painful to watch as it was carved table-side, the mountain slowly disintegrating as each spoonful is transferred to the serving bowls. 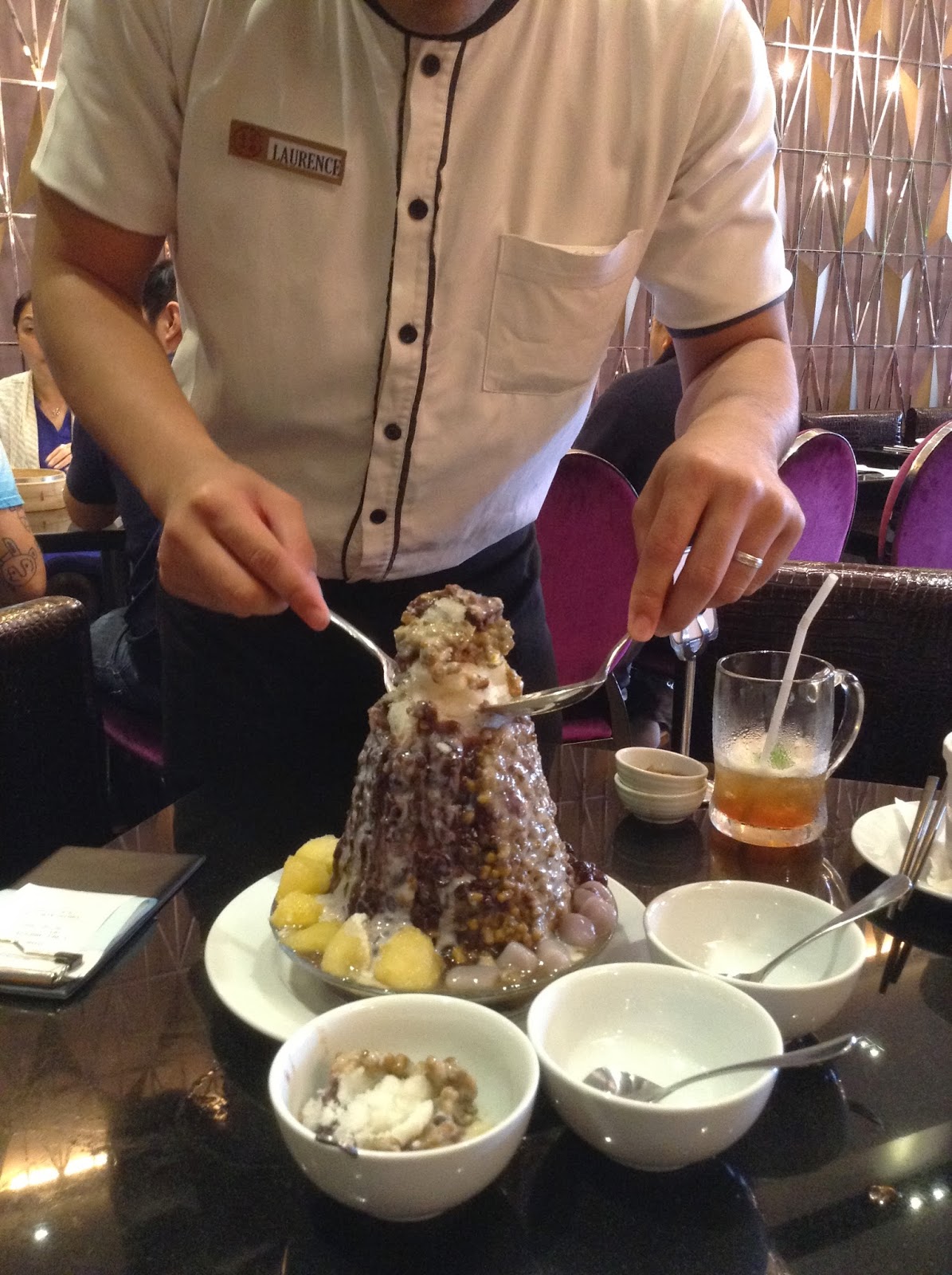 It's not in the menu, but we saw at the SM Mall of Asia outlet a mountain of ice packed in mango bits, and that's what we want to order next time around. 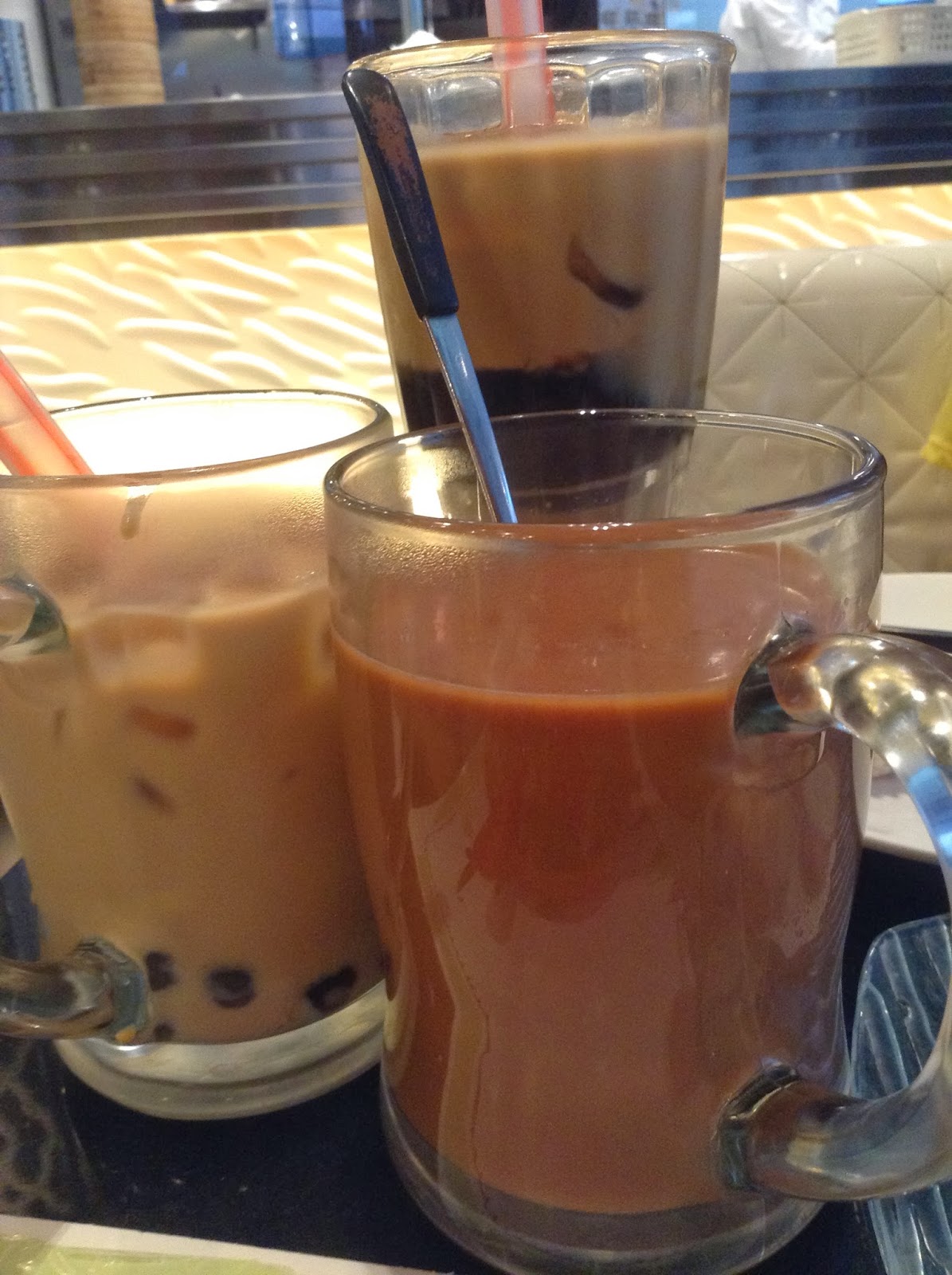 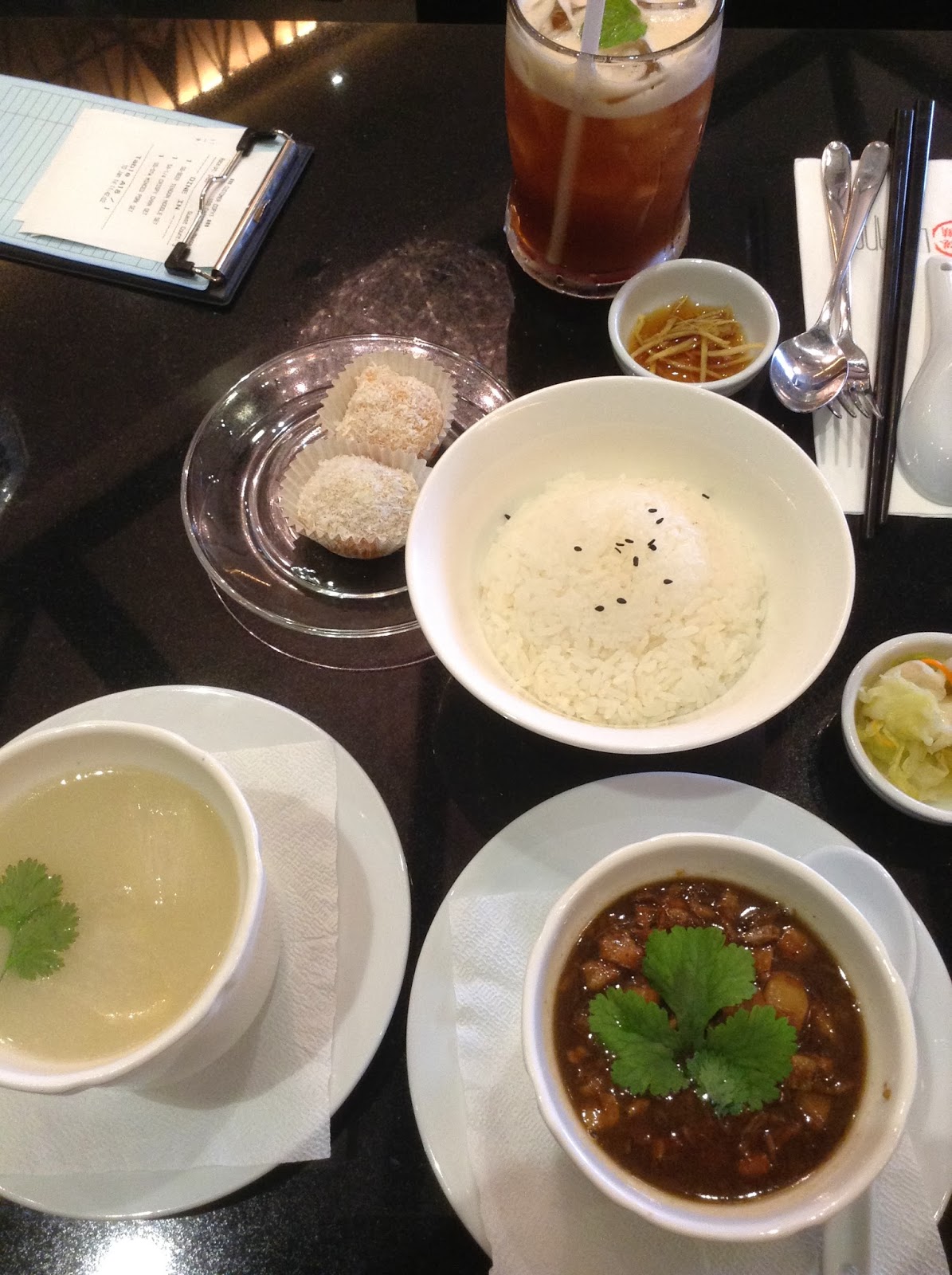 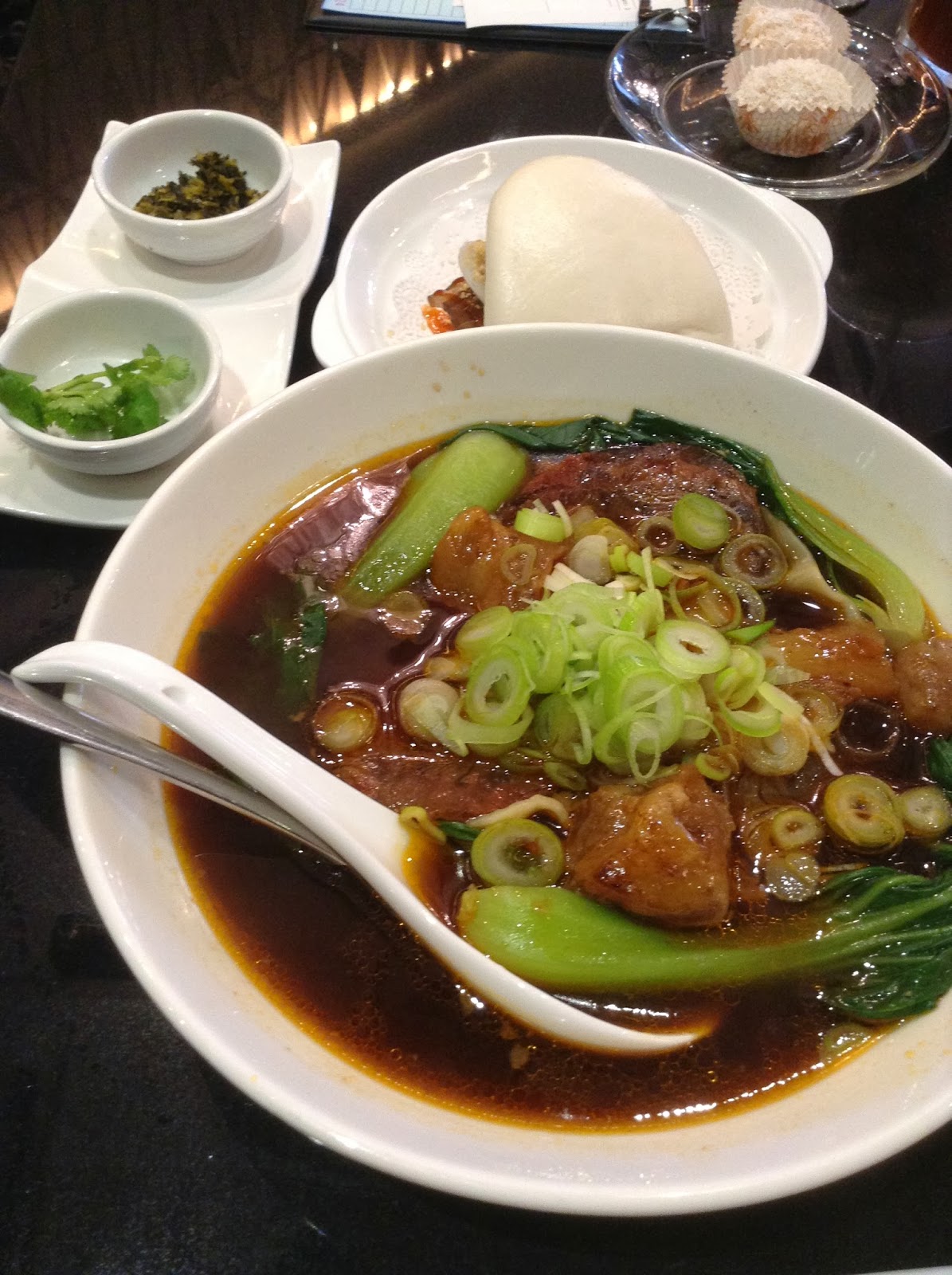 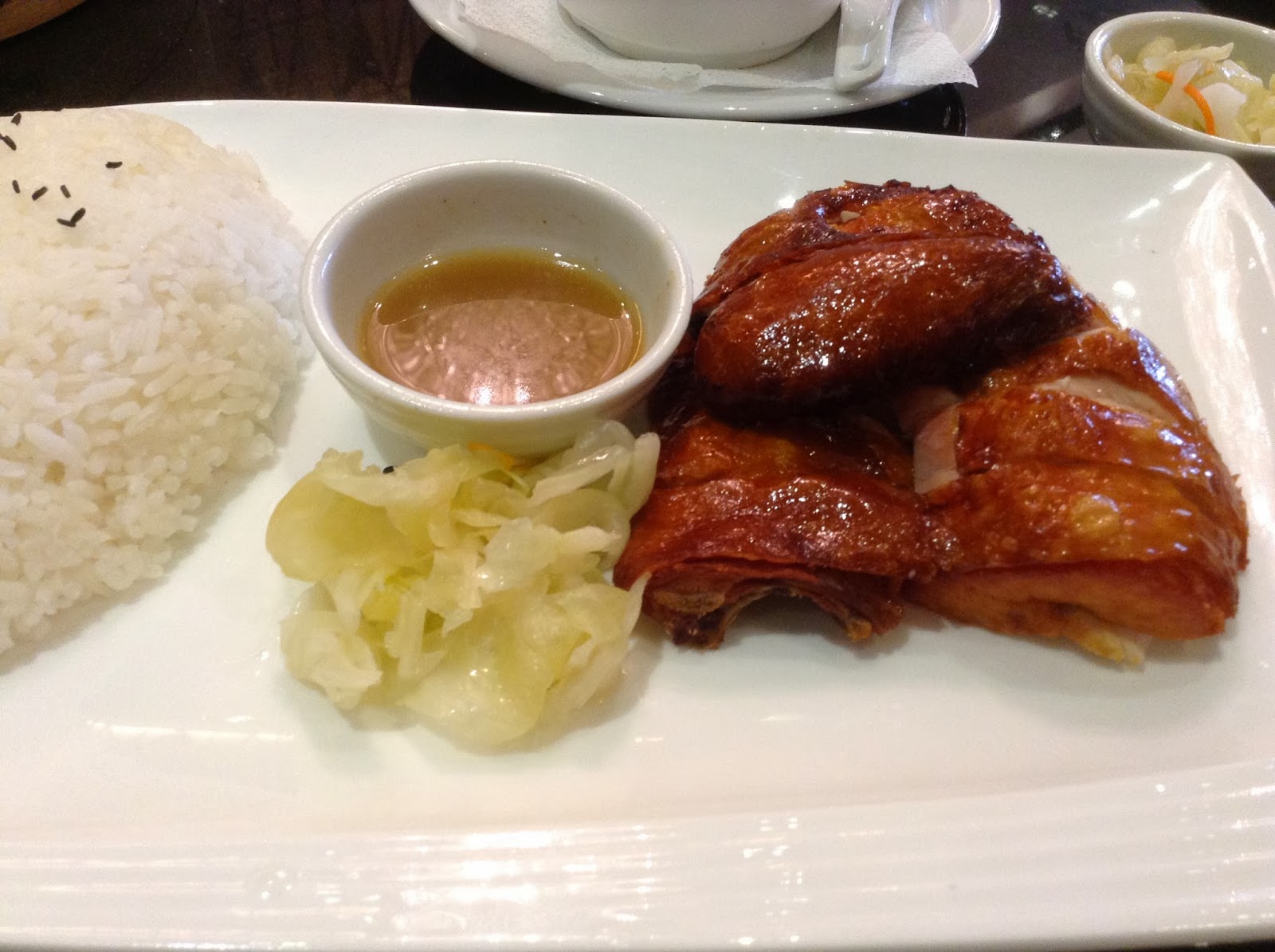 Set meals are available, though, and they are a very good deal priced at a range of Php180 to Php250, complete with radish soup, a glass of iced tea and two pieces of the mango balls. We sampled the spicy beef noodles and the Taiwanese minced pork at the higher end of the spectrum and they didn’t disappoint.

That tower looks amazing, I've never seen anything like that.