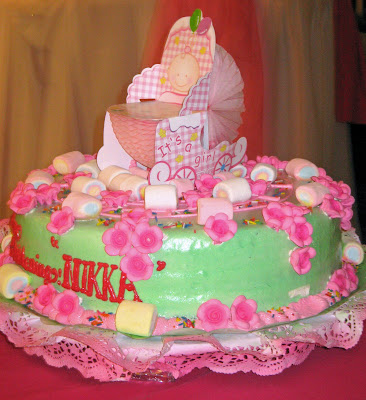 
As the family marks my third child’s progress onto her first year, I will be celebrating her monthly birth day in this blog by featuring a cake. Lined up for the next twelve months, and hopefully on afterwards, are old-time favorites, reliable standards, as well as new discoveries, as I go on a quest for the best cakes around the country.

This is a three-layered chocolate cake, 24cm in diameter and 11cm in height, inclusive of the one-centimeter thick marshmallow icing, of Cakelines by Jon-Rhiz, a chain of bakeshop and catering services in the province of Cavite.

It was pretty, with sprinkles evoking an explosive party, pink sugar flowers and large pink marshmallows on mint green-sprayed background, the colors being the motif of my daughter's baptismal reception. The cake itself tasted okay, the layers alternating with a thin chocolate ganache filling flavored with chopped peanuts, which served to enhance the nut-tiness of the cake. 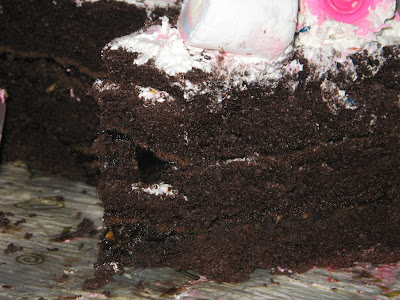 But it was so dry it parched my throat. It was like eating dehydrated cake. We gave away most of it, the rest we ate under mounds of ice cream. But even then we couldn't finish it.

This cake reinforced my professed aversion to chocolate cakes, which most bakeshops and cakeshops insist on making.

But I am featuring Cakelines by Jon-Rhiz because it is Cavite home-grown, and it provides a decent local alternative to the most accessible cake chains in the country - we only have a Goldilocks, and the nearest Red Ribbon is an hour away.

In fairness, the rectangular birthday cakes - in vanilla and chocolate - are better than their counterparts in the two aforementioned "national" cakeshops. That's why Cakelines is included in my cake of the month series. The main outlet is just outside the gate of the community where I live, so I don't have to lug home from Metro Manila cakes and rolls whenever we have a party, or even a birthday. I would prefer Cakeline's birthday cakes and decorate them myself, or let the kids stylize it, to any other birthday cake, anytime.

The large vanilla rectangular cake (Php450, junior size P330, roll Php180) comes in two layers, sandwiching a creamy filling. The chocolate variant is moist, the chocolate icing thick and luscious. We've had the chocolate in fellowship dinners of the ladies' association in the neighborhood, while the vanilla is a favorite in birthday parties held at home, by the neighbors and by us.

To Cakelines' credit, their cakes' level of sweetness is on the low side, and the chiffon is light and airy. The decorated cakes can rival any stylized ones in Metro Manila, and if it is hired to do the catering for an event, the buffet presentation, decor and table top, done by stylist Altaire Endencia, is incomparable.

I hired Jon-Rhiz to cater my daughter's baptismal reception, and I had an almost lifesize carousel that went round and round all through the event. The venue's ceiling rose to two stories, and the centerpiece in the middle of the buffet reached up to the roof.

Cavite residents recommended Jon-Rhiz, and while I had reservations about the menu (the usual pasta, roasts, meat rolls and breaded fillets, all in cheese sauce), and I wasn't able to manipulate it to my liking, the food was okay - the dishes had individual tastes, unlike in most parties in Metro Manila where everything has a tendency to taste the same. And they all tasted good, surprisingly. 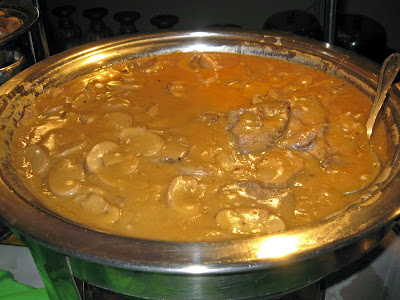 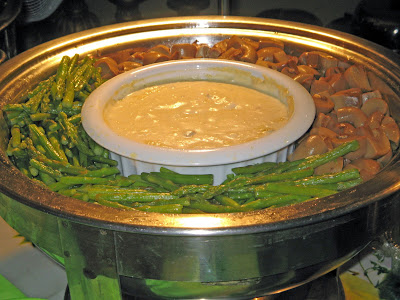 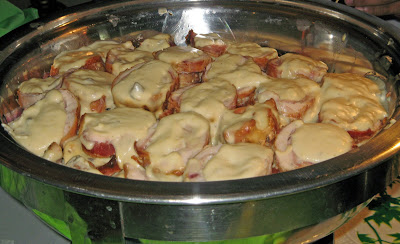 Chicken and bacon roulade, a better version of cordon bleu. The cheese sauce was magnificent. 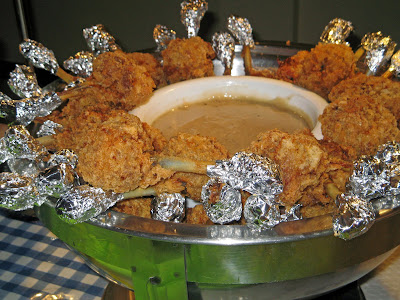 The best chicken lollipops I've ever eaten. The biggest and softest, too. 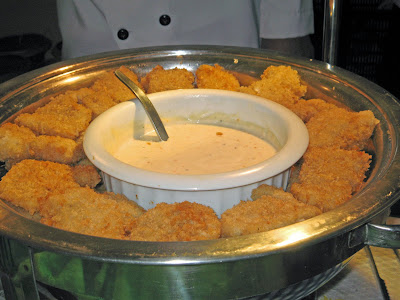 Fish fillet with tartar sauce, uber common and ordinary, and mine is better, excuse the sky-high self-confidence.

The chocolate used in the chocolate fountain wasn't so bad, and they provided different pastries (eclairs, tarts and crumbles) for dipping, a novelty since most fountains just have fruits and marshmallows. Of course I added wafer rolls, mallows in various shapes, fresh fruits and salty potato chips for the kids.

All in all I was happy and satisfied. Never mind the cake. It was just a freebie, anyway.